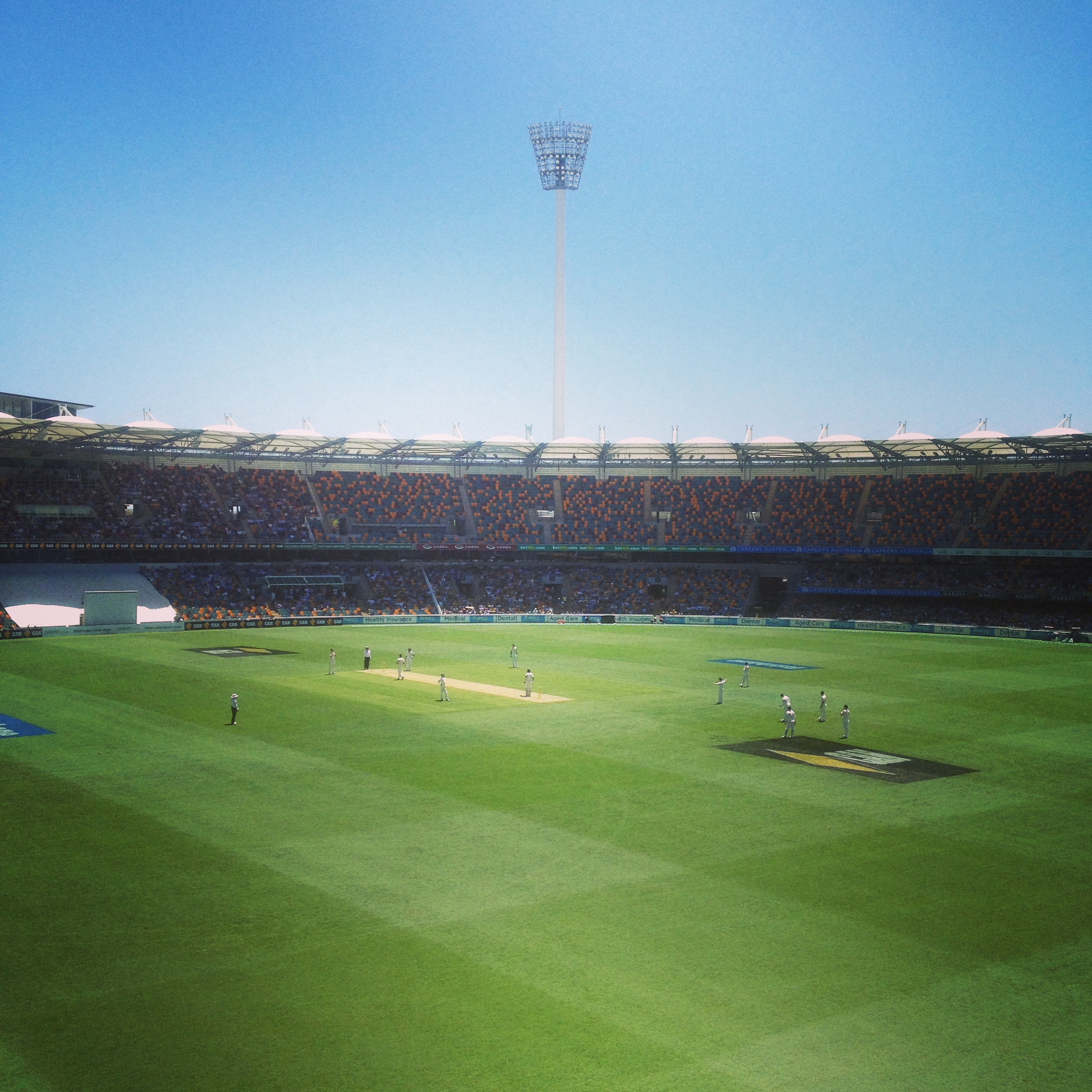 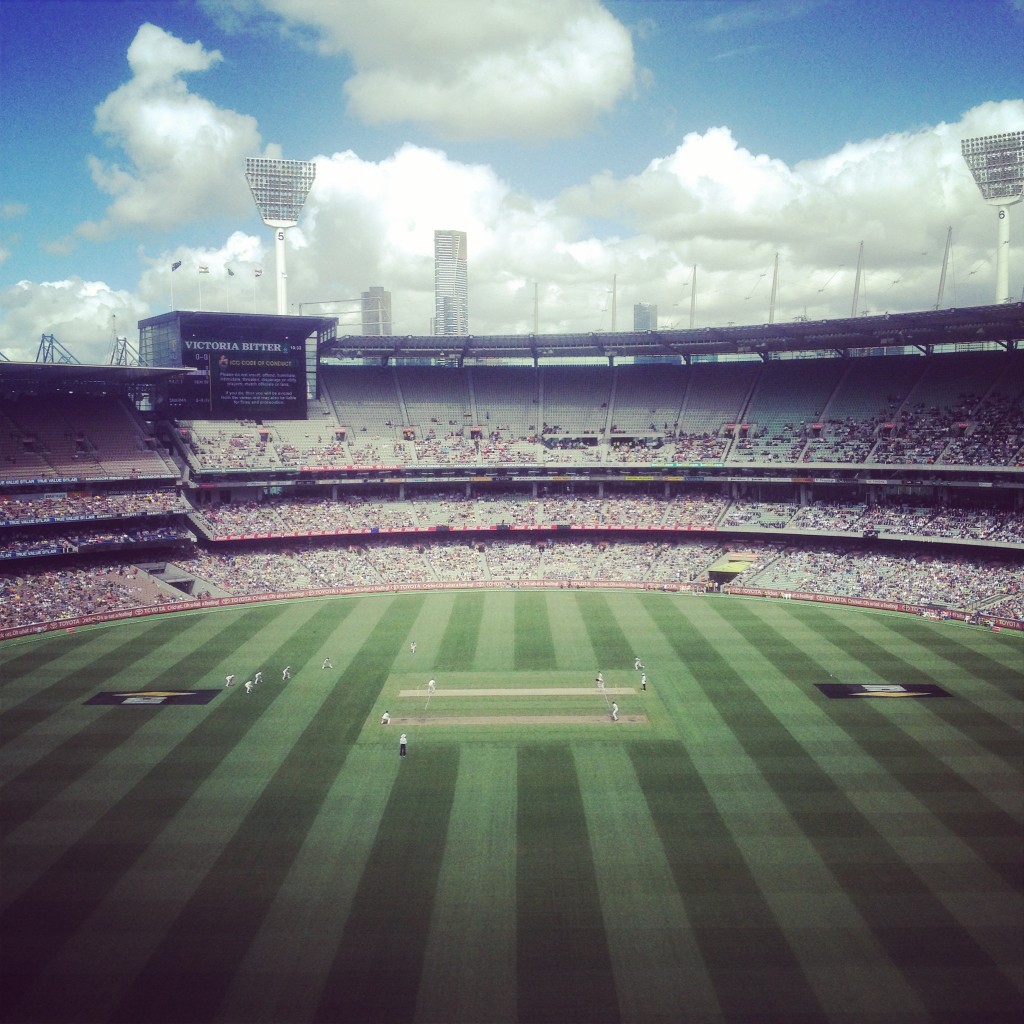 The MCG in full swing for Australia Vs India. Boxing Day 2014.

It’s summer in Australia and summer down under means BBQ’s, the beach and cricket and often all three at the same time. The annual cricket test match series is a big feature of the Australian sporting calendar and in December and January featured the Indian cricket team who played four games around the country in Adelaide (Adelaide Oval, South Australia), Brisbane (The Gabba, Queensland), Melbourne (MCG, Victoria) and Sydney (SCG, New South Wales). 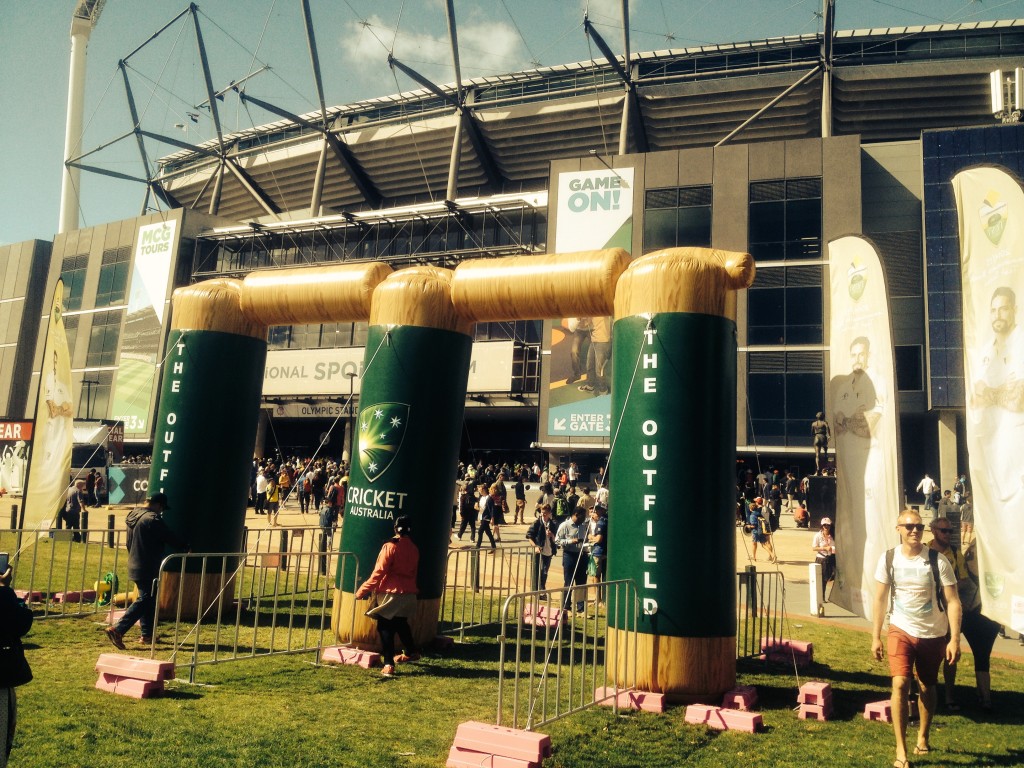 The Outfield at MCG

While the Australian cricket team were winning on the field, fans were certainly winning off it with an impressive array of fan engagement activations and freebies on offer which gave fans something extra special at each stadium.

While I was unable to attend the first test in Adelaide, I managed to get to day one (for those unfamiliar with cricket, test matches can go up to five days of play) of the 2nd Gabba, 3rd MCG and 4th SCG tests and was very impressed with the fan engagement that Cricket Australia and the stadiums had organized for cricket fans. 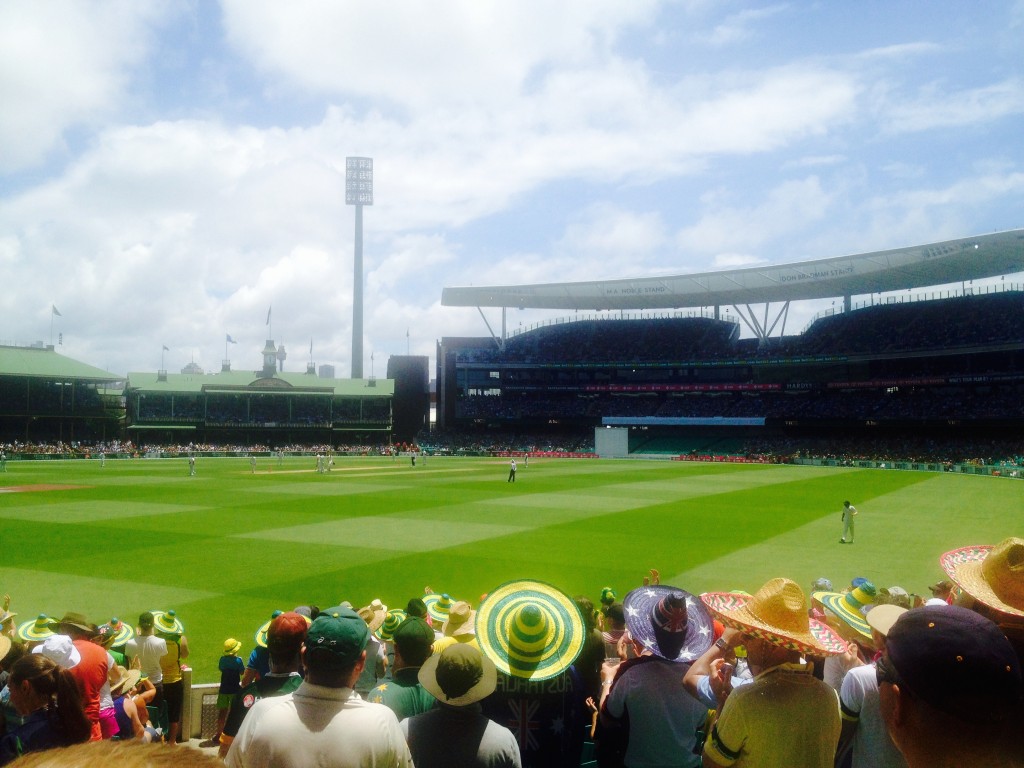 Day One at the SCG 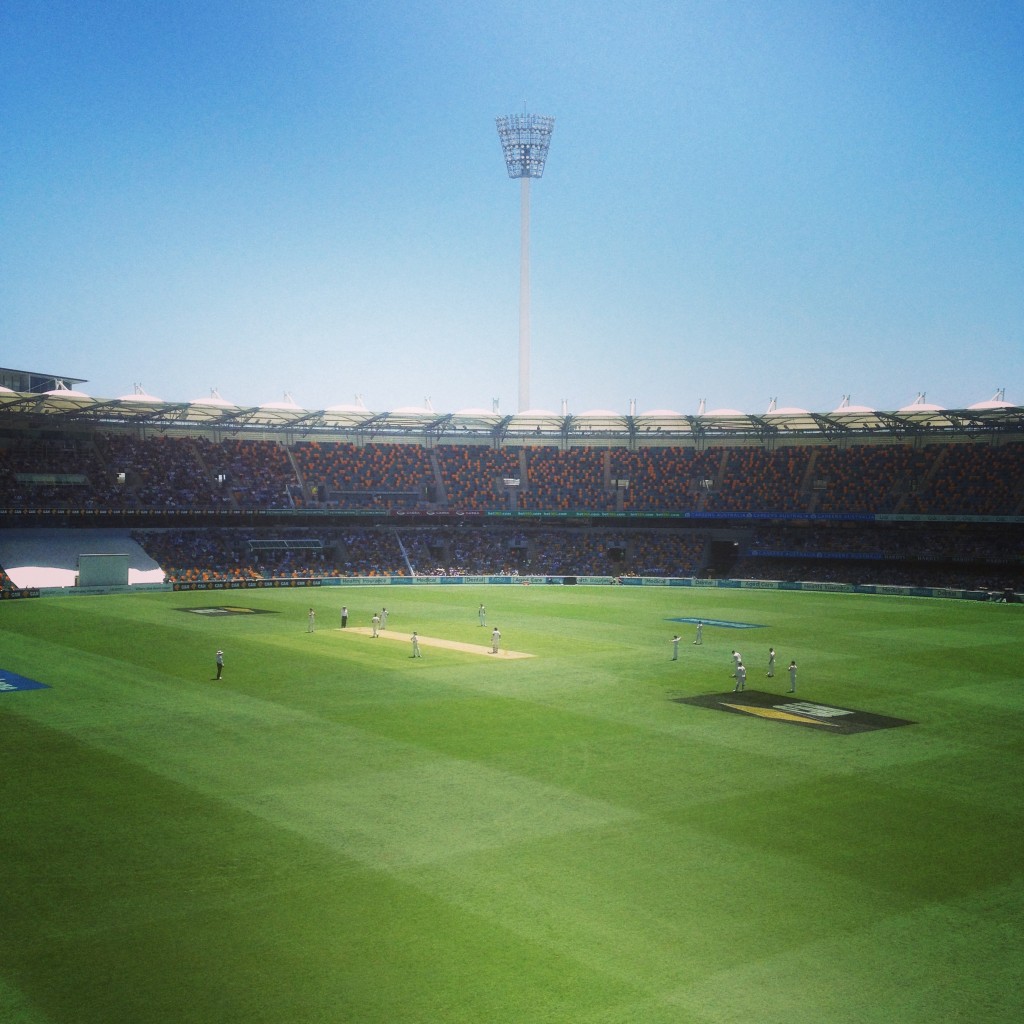 At each test match there was an area outside the stadium dubbed ‘The Outfield’ which was entered via three massive blow-up Cricket Australia stumps. The Outfield fan zone was open to those with tickets and those without and had a good variety of activations for fans both young and old as well as tables and chairs for fans to get some fresh air and food away from the crowds. 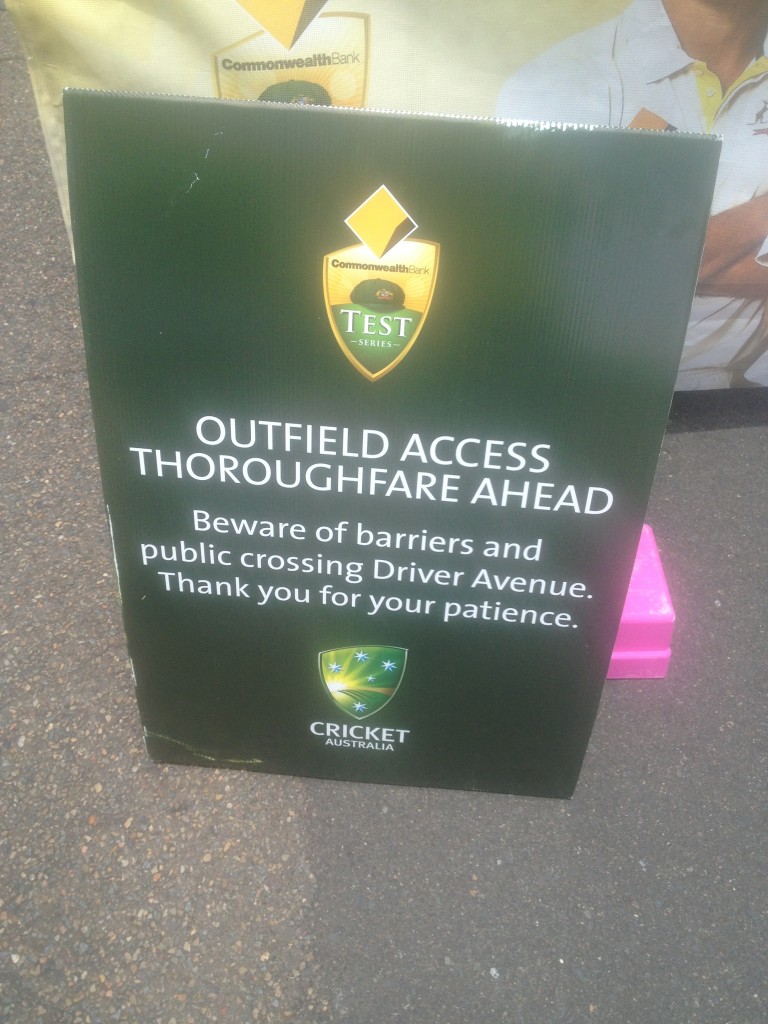 The Outfield at the SCG 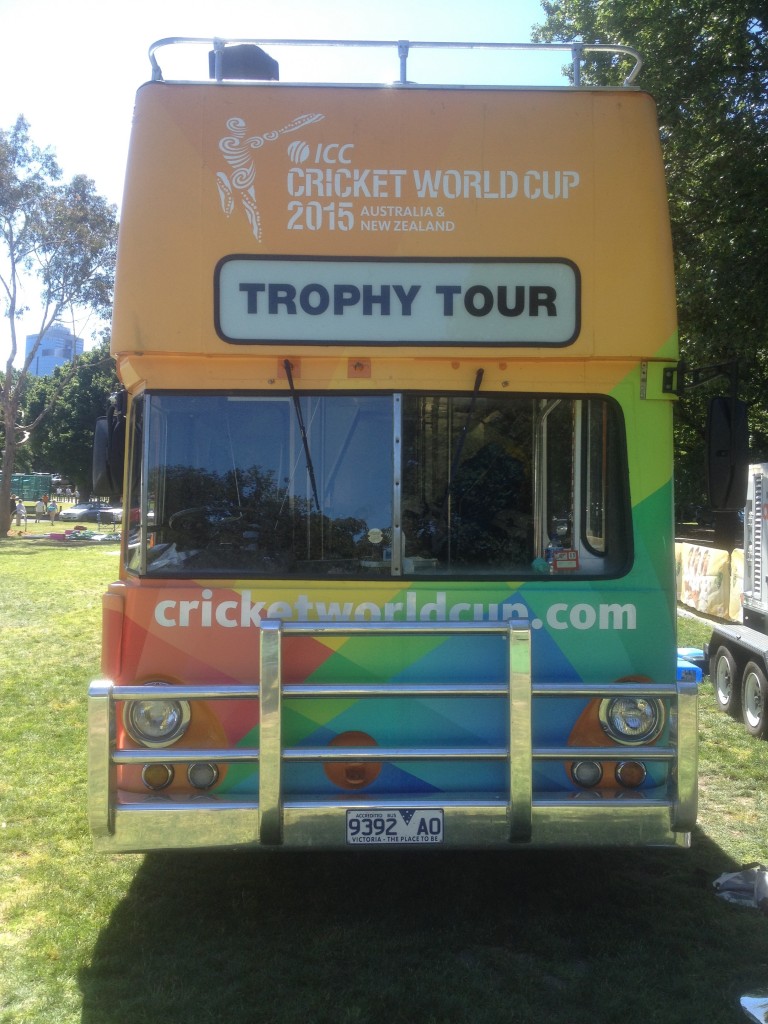 CWC15 Bus at the MCG 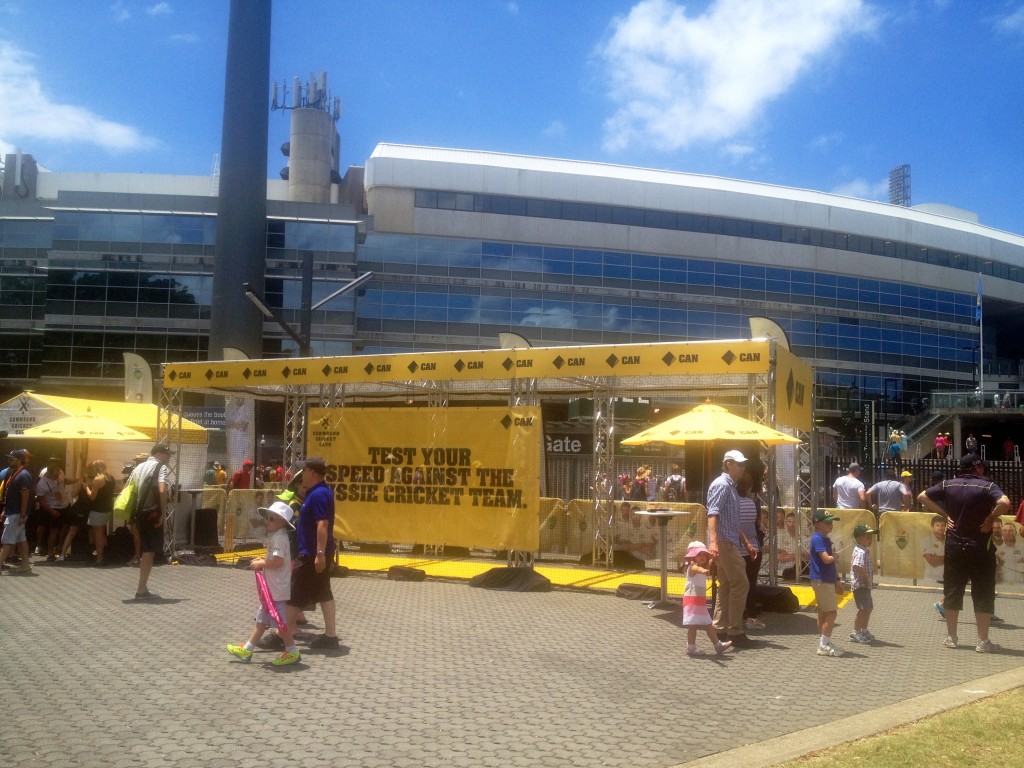 Young fans were able to participate in skills tests such as bowling and batting nets, get an autograph with a player and get their photo with the Cricket World Cup 2015 bus while older fans could have a cold beer in the fan ‘Tailgate’ bar outside the SCG. The Outfield also featured a MILO tent where fans could get a free cup of cold Milo and photo opportunities with the double decker Cricket World Cup bus. At the SCG for the #PinkTest, the McGrath Foundation let fans have their picture (for a worthy donation!) taken with pink bats, wigs, stumps, balls and pads and afterwards a picture was printed out for fans. The #PinkTest also saw fans nab a pink scarf for a donation to the McGrath Foundation. Inside the grounds fans were given free green and gold headbands to wipe away the hot Aussie summer sweat while giveaways and offers surrounded the concourses in the stadiums. 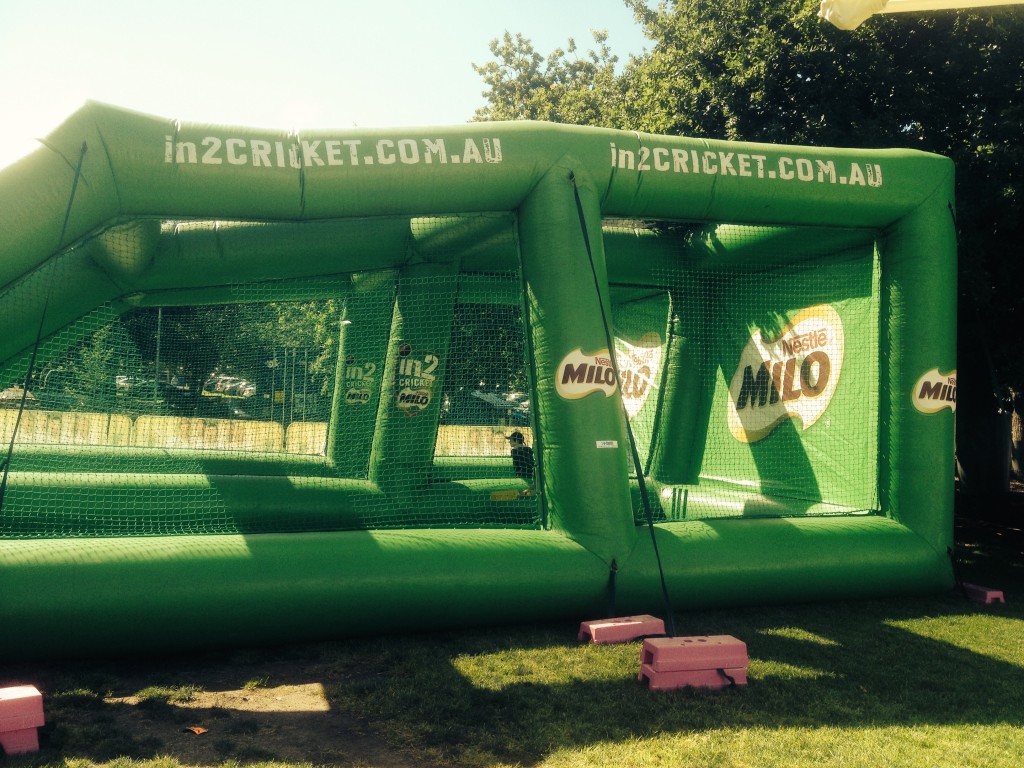 The Outfield Zone at the MCG 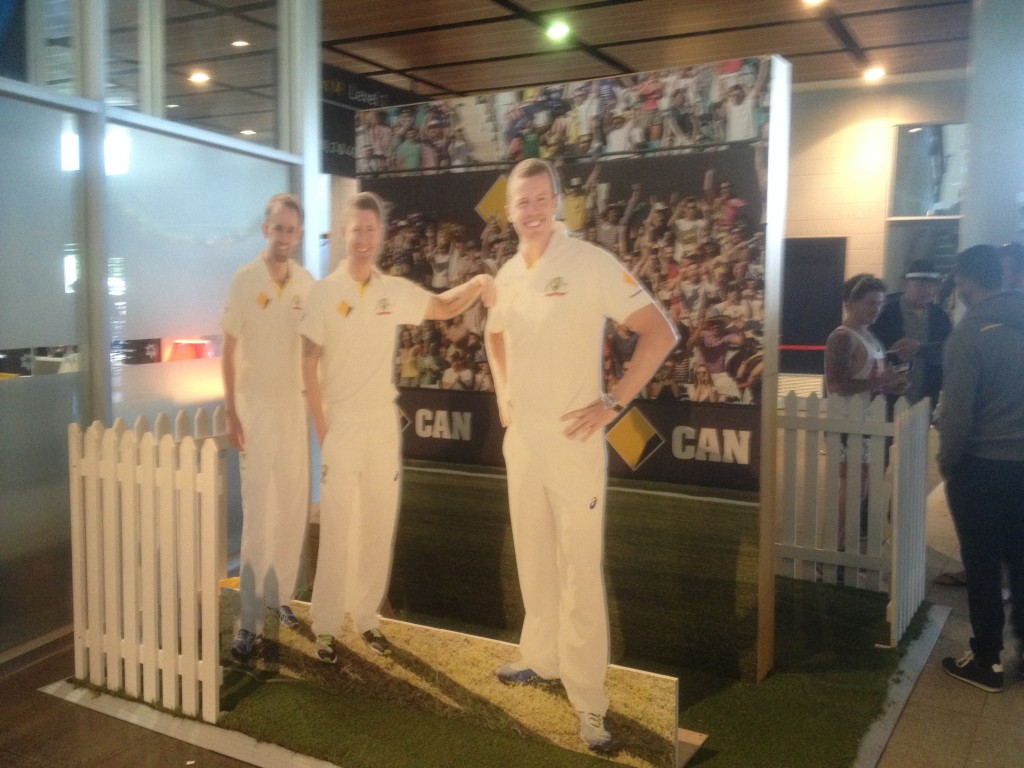 SCG photo opportunity for fans with the ‘team’ 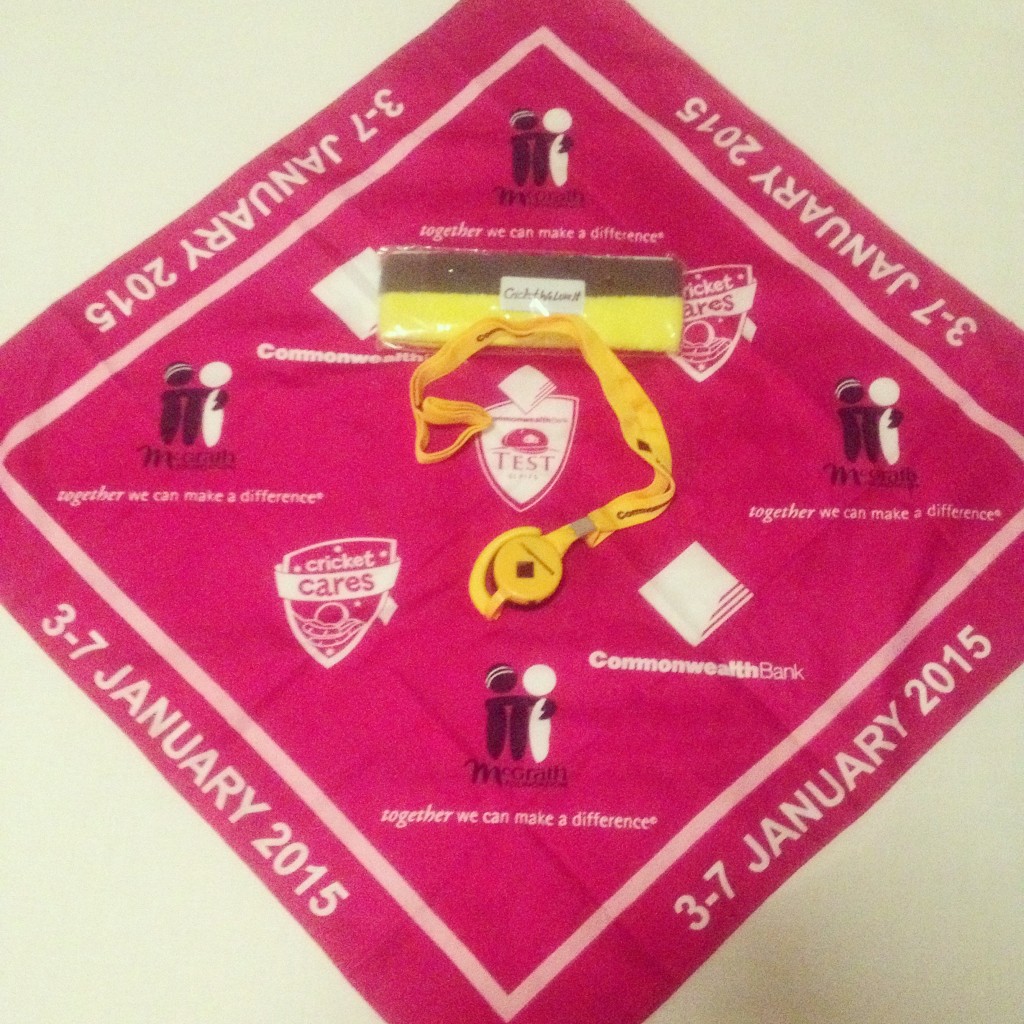 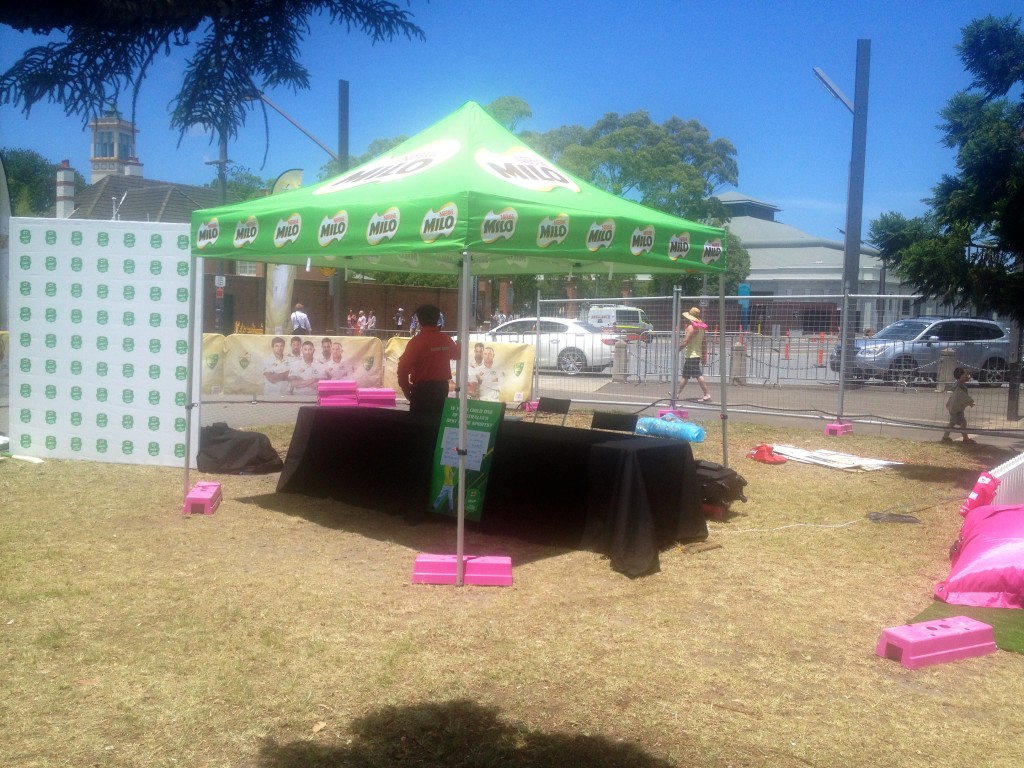 MILO Tent at the SCG. 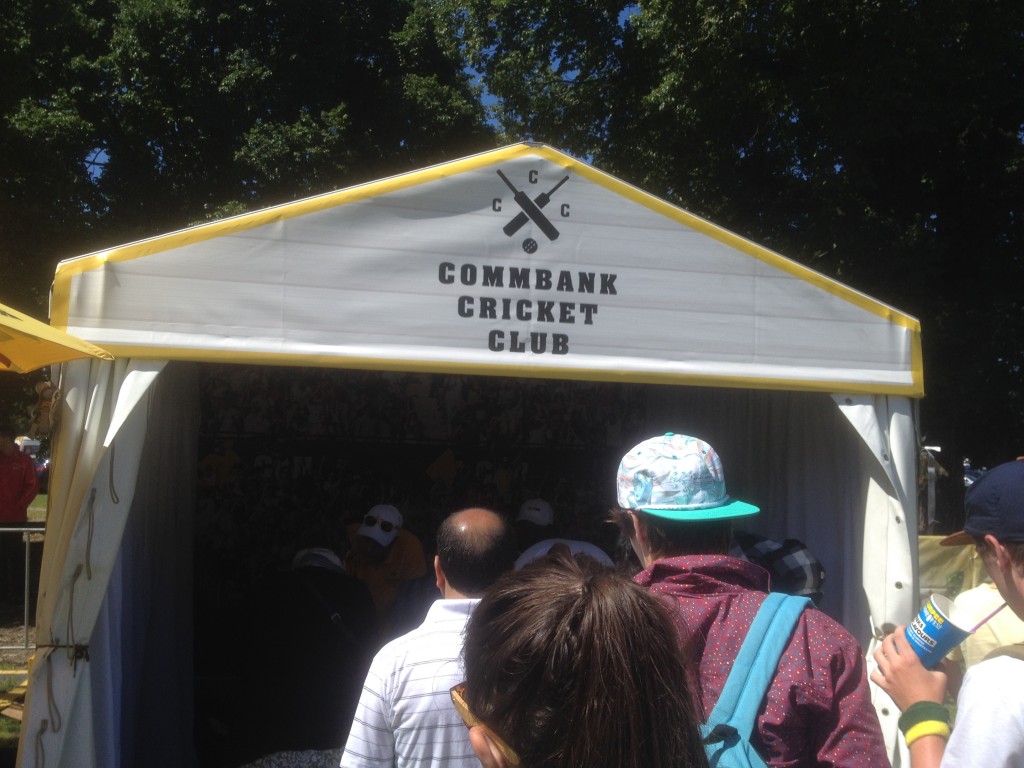 Fans line up to grab their free sunnies and radios 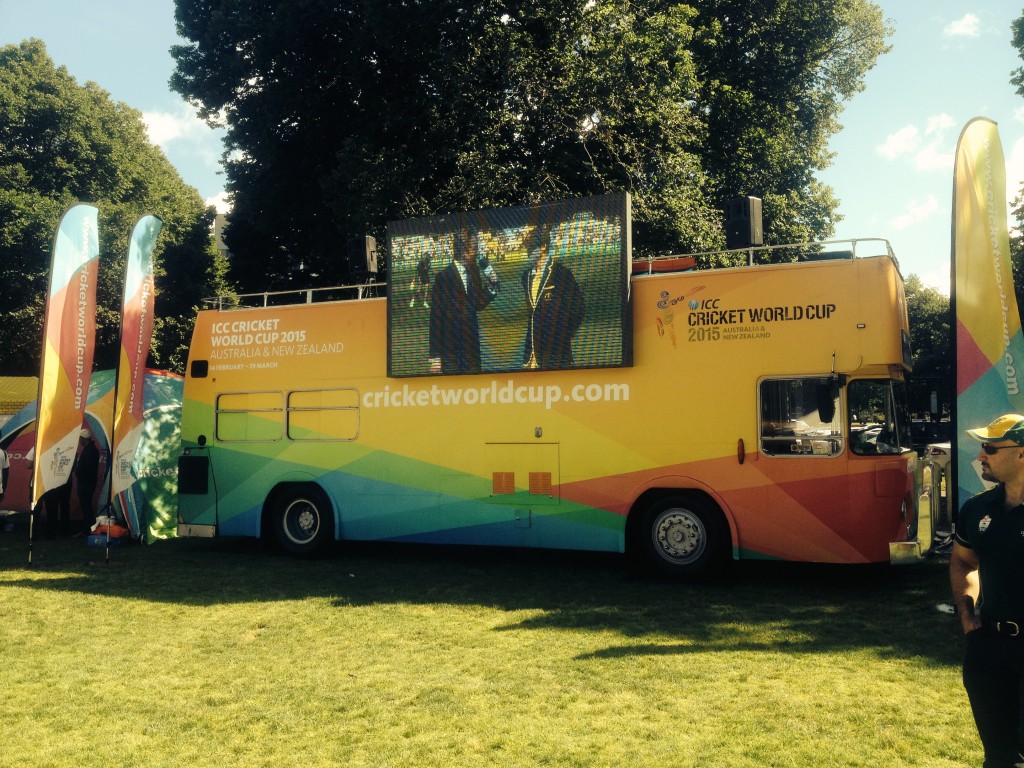 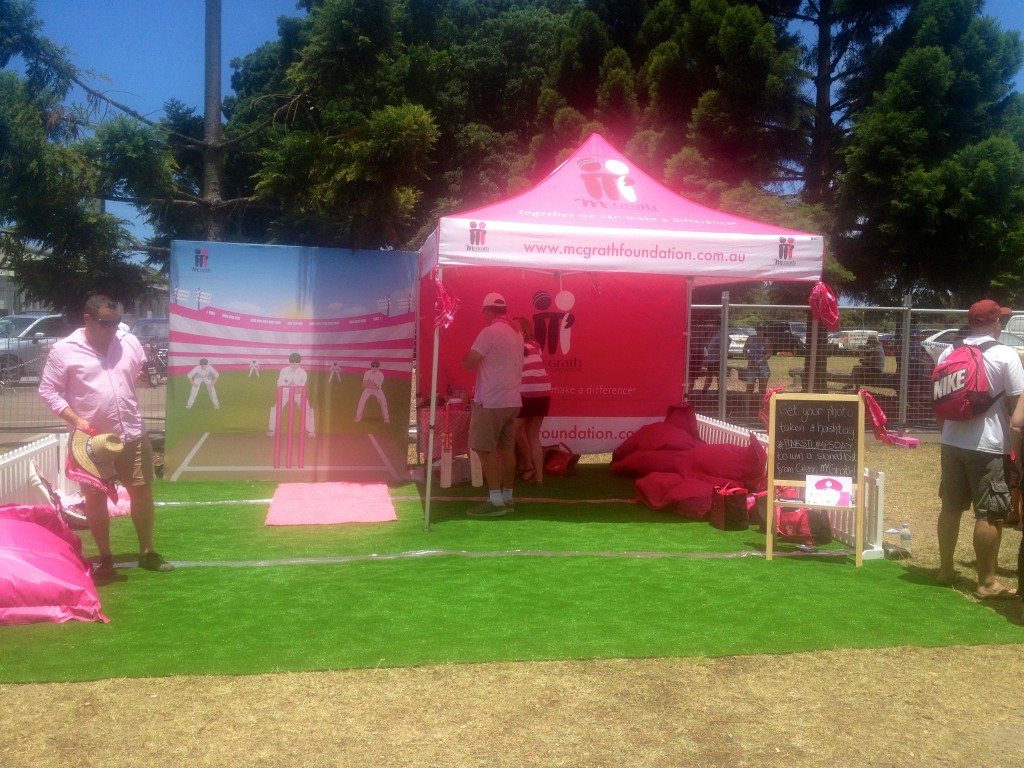 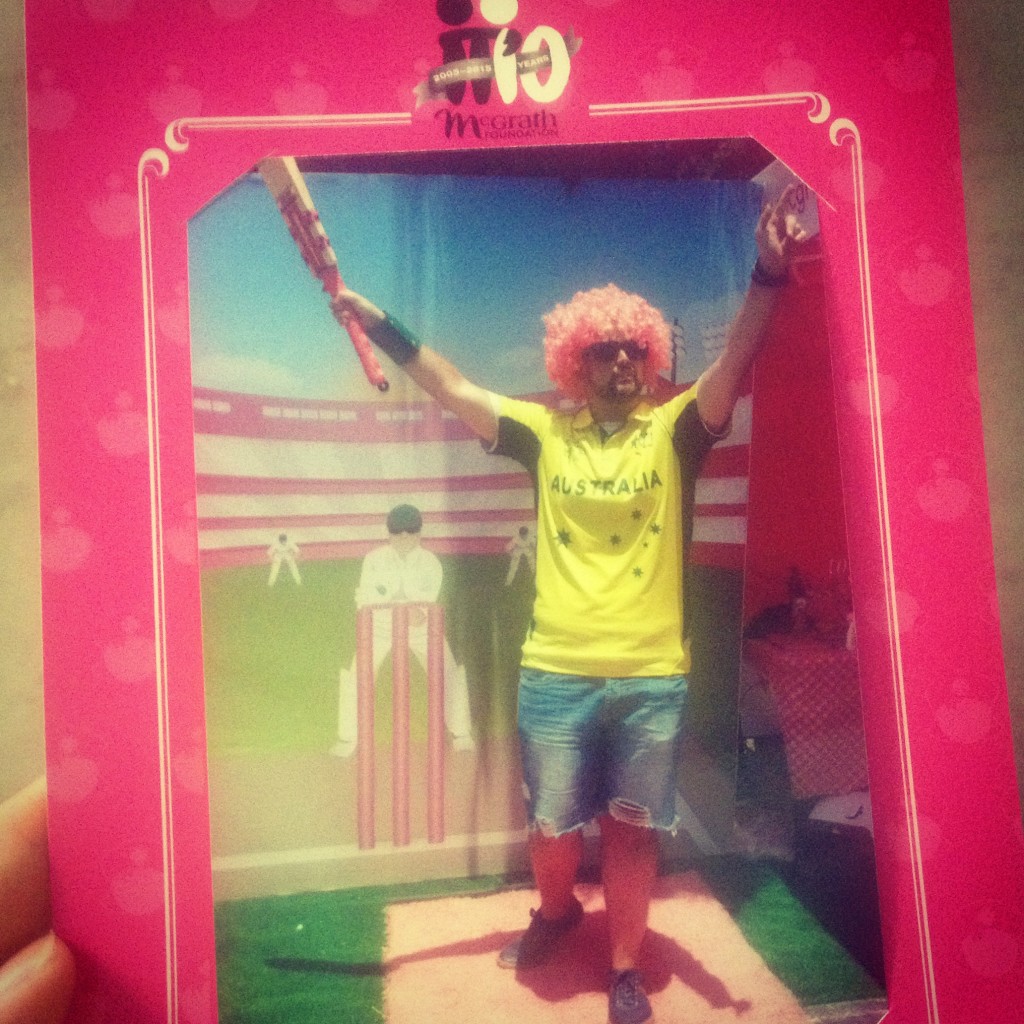 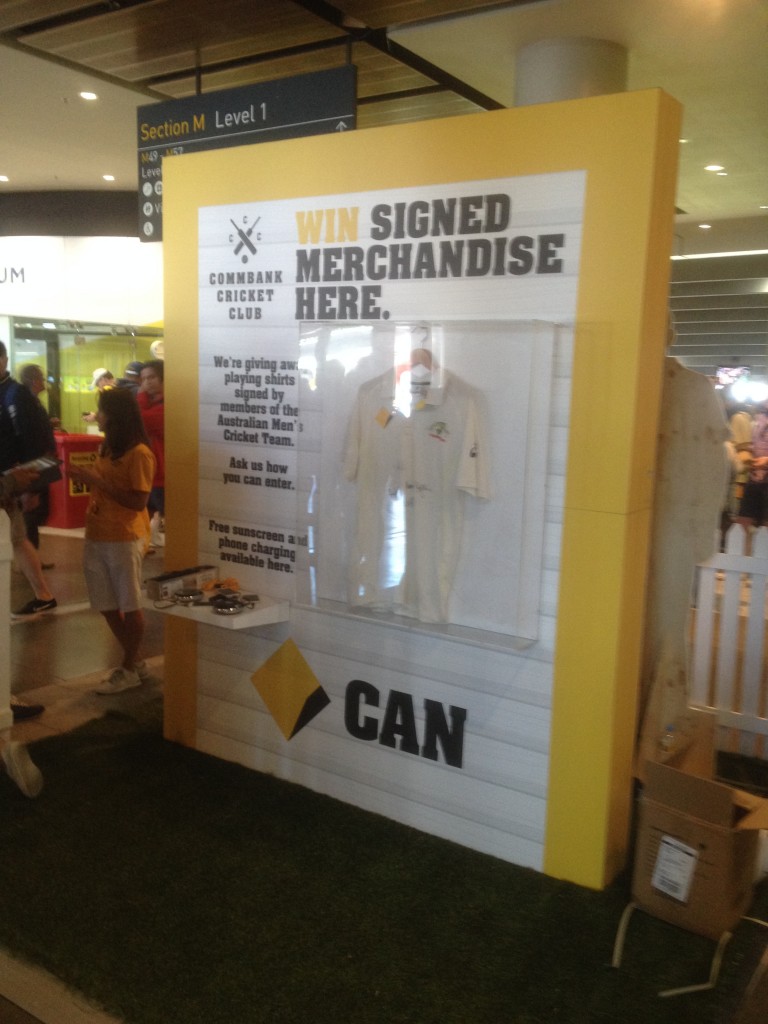 Cricket Australia comps inside the SCG

Fans who were Commonwealth Bank account holders could also pick up a pair of yellow wayfarer style sunglasses and an in-ear radio if they showed their bank card to the promo kids walking around the ground. The in-ear radio was an impressive piece of tech that let fans listen to the TV and radio coverage while at the game. Fans also had the chance to win cash from the bank for showing their mug and free sunnies on the big screen. 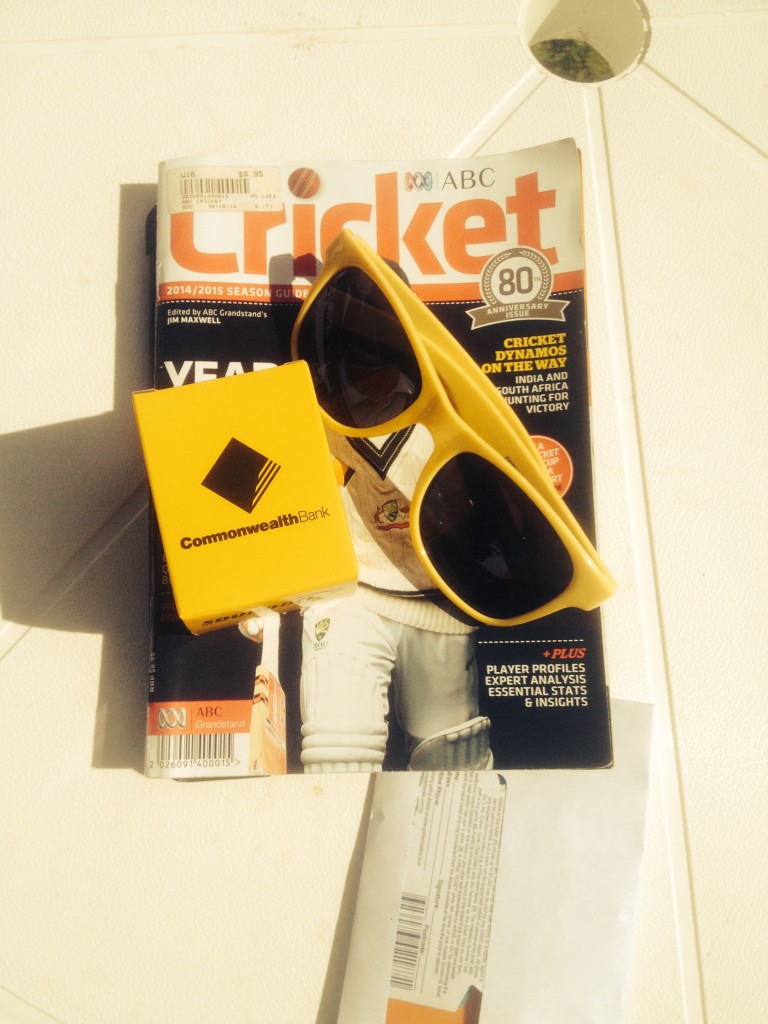 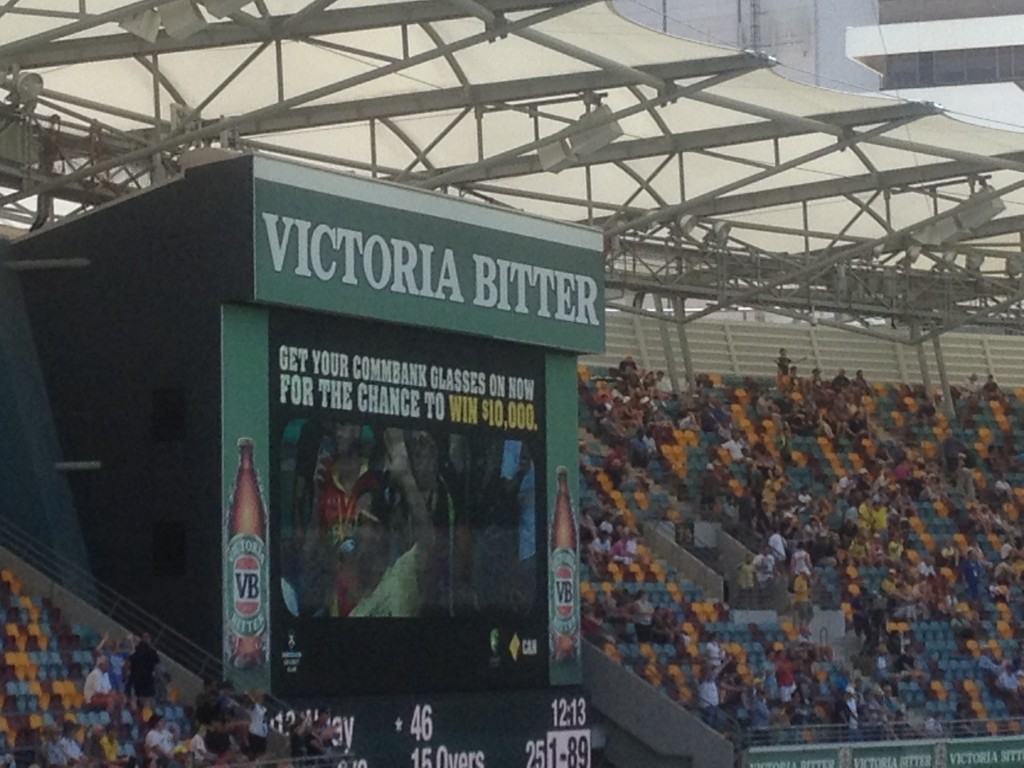 Sunnies comp at The Gabba, Brisbane

In Brisbane there were a few ground competitions for fans where they had to hit a cricket ball into a big blow up space on the Gabba field and just like in the other cities each Big Bash League team had their own tent giving away freebies while signing up new members. At the MCG for day one of the third test, Cricket Australia even let fans trial the Cricket Australia LIVE app which let fans watch the Channel Nine coverage on their smartphone or tablet anywhere in Australia but also at the ground. Every ground also had Victoria Bitter and Carlton Mid Strength deals and free lanyards that were given out at the gates. The Sydney test even had a clubhouse like area called the CommBank Cricket Clubhouse for fans who had been chosen to upgrade into the ‘best seats in the house’. Each stadium’s social media engagement plan encouraged fans to tweet or post in a picture of themselves with the Toyota sponsor #Ohwhatafeeling. The REDFROGS crew at the Sydney test also have to be applauded for coming round every 30 minutes and spraying fans with fresh water to keep them cool. The OPSM tent gave away free sunglass wipes while also offering to wipe away the gunk on your own sunnies. 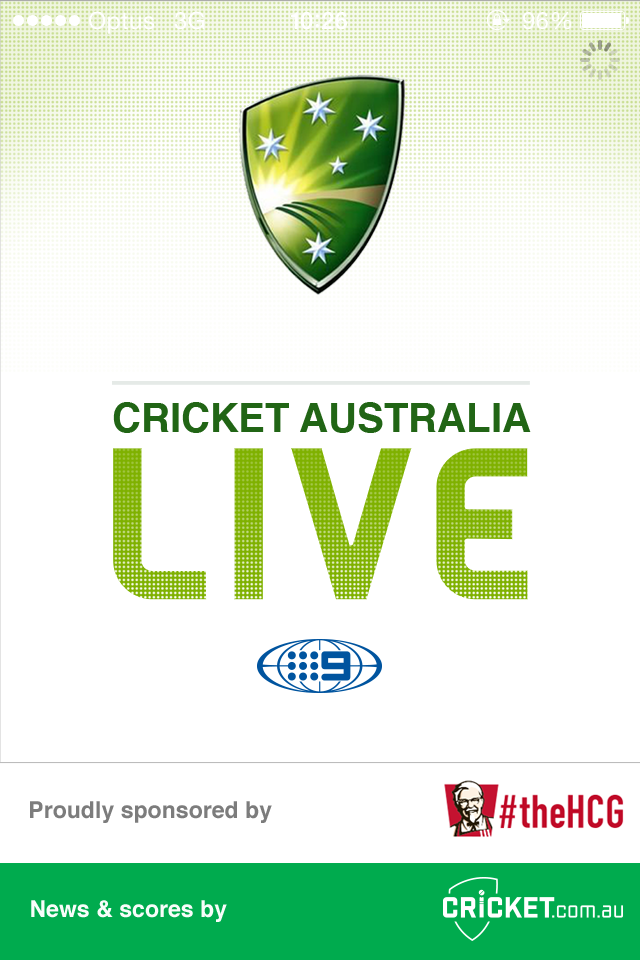 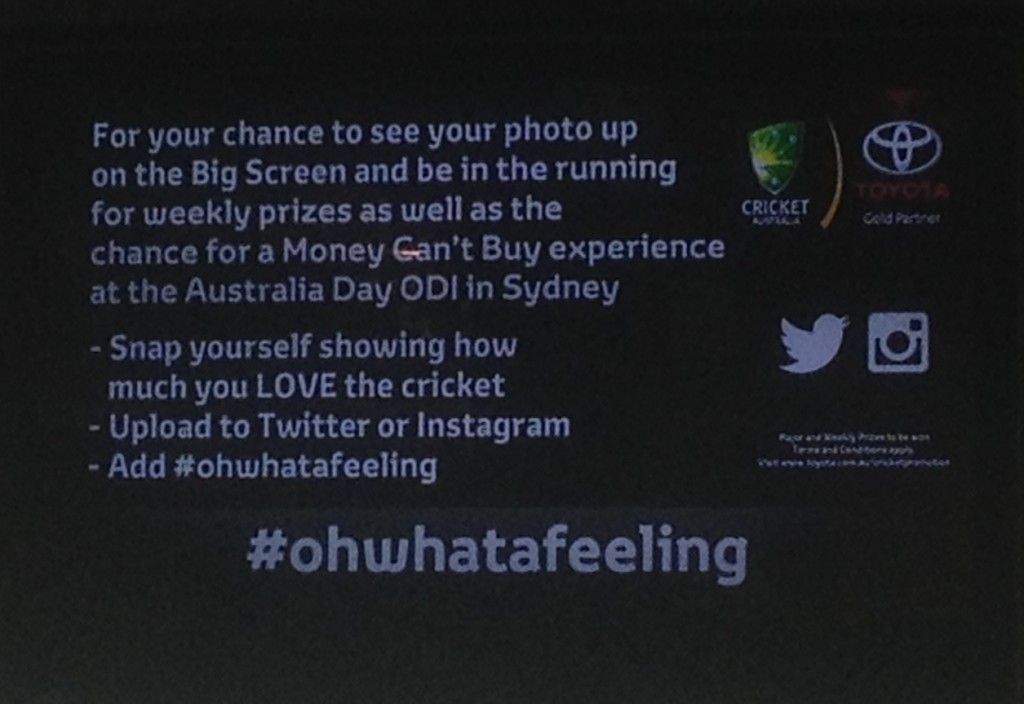 The #ohwhatafeeling social media fun at each ground 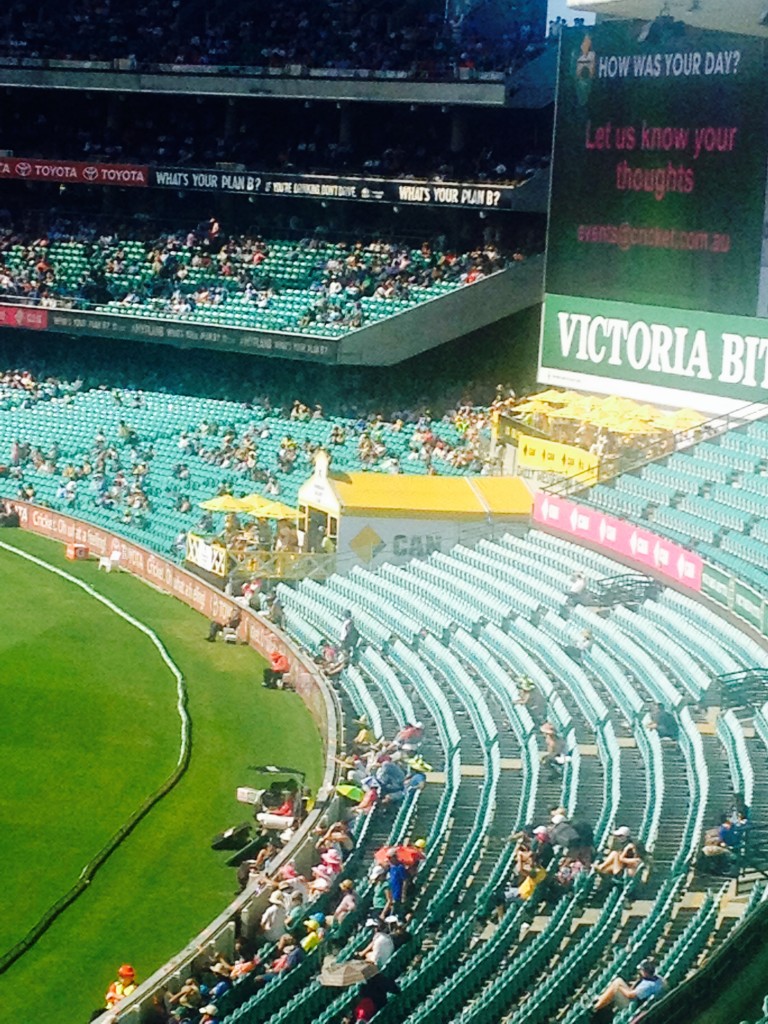 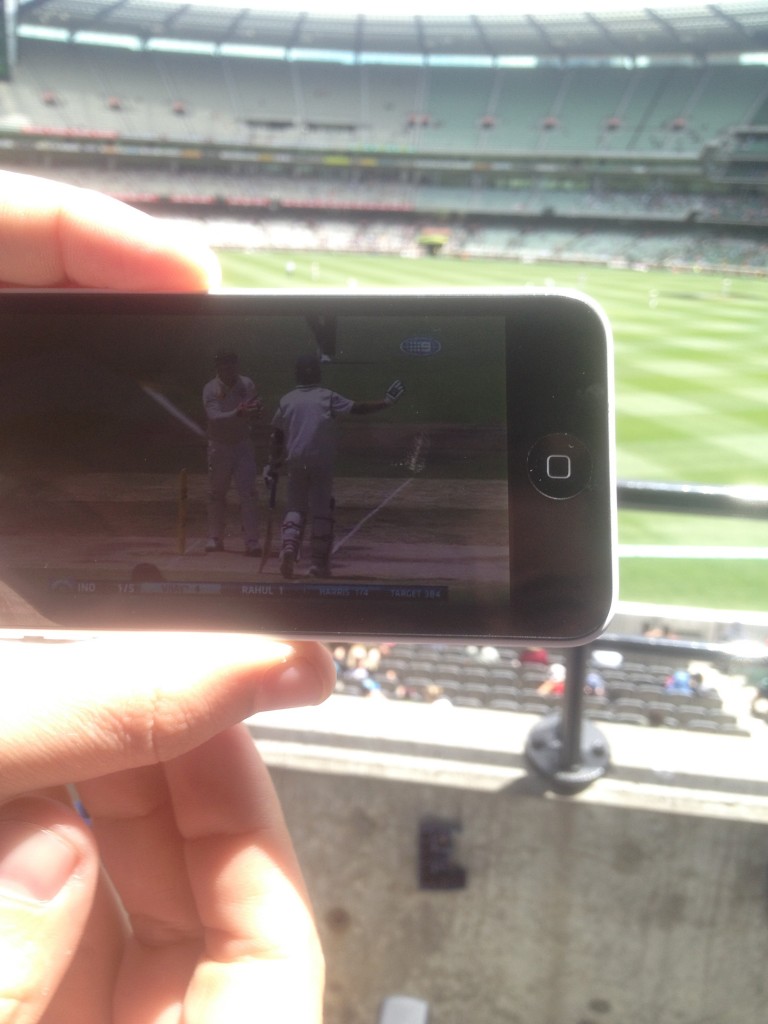 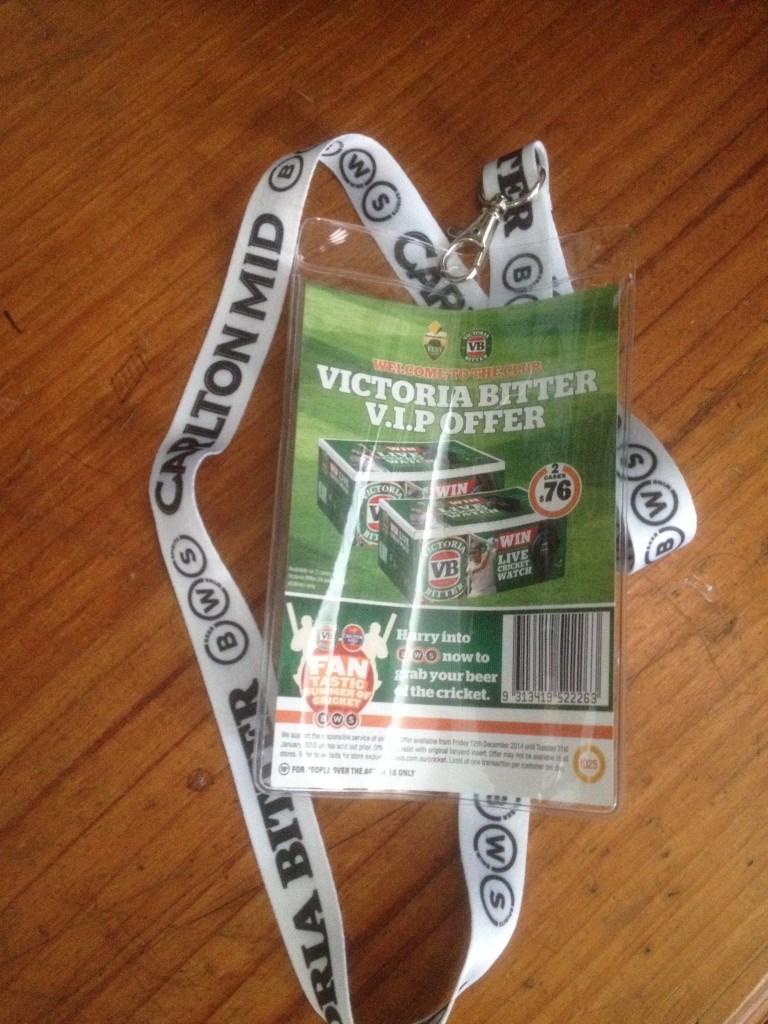 Beer sponsor deals with lanyard at the gates to each match 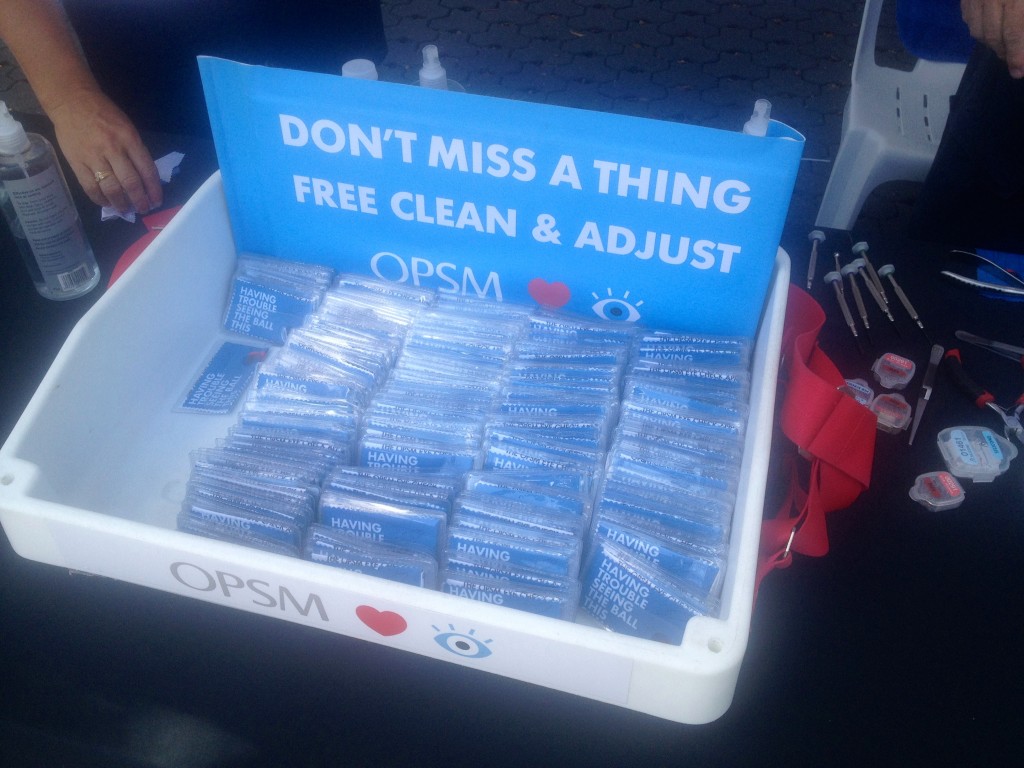 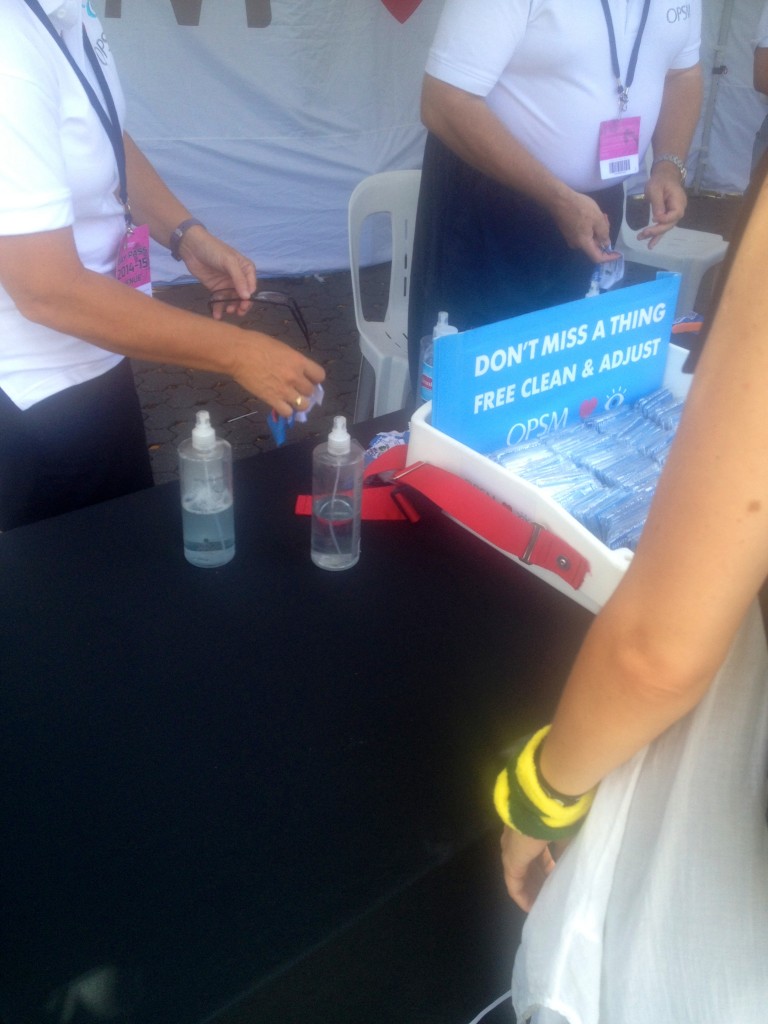 OPSM Tent staff wiping down fans sunnies at the SCG 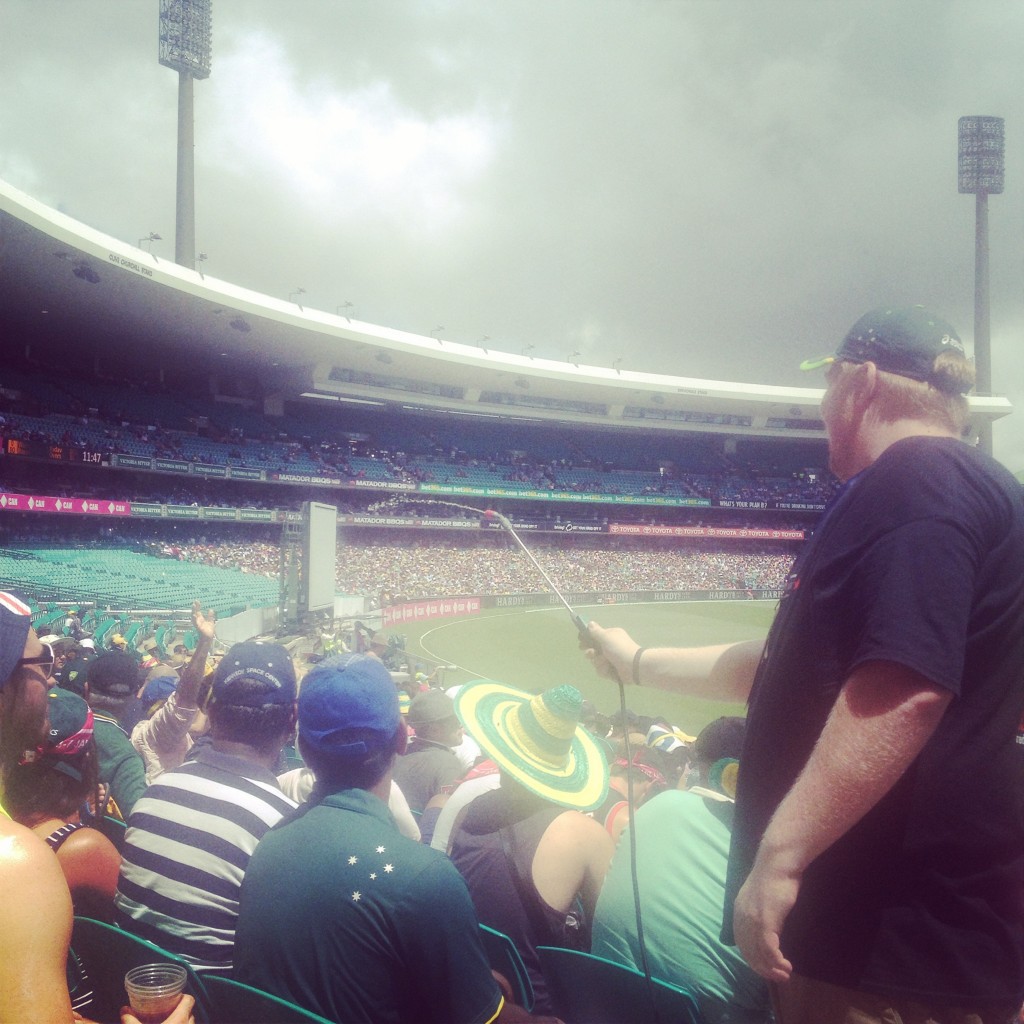 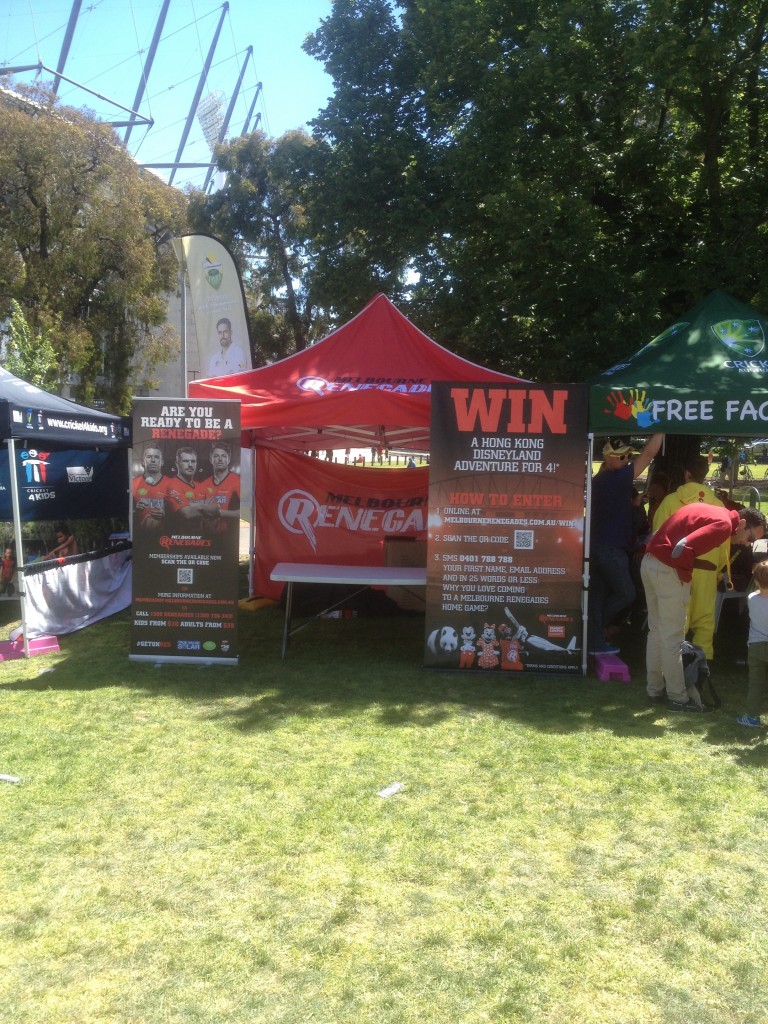 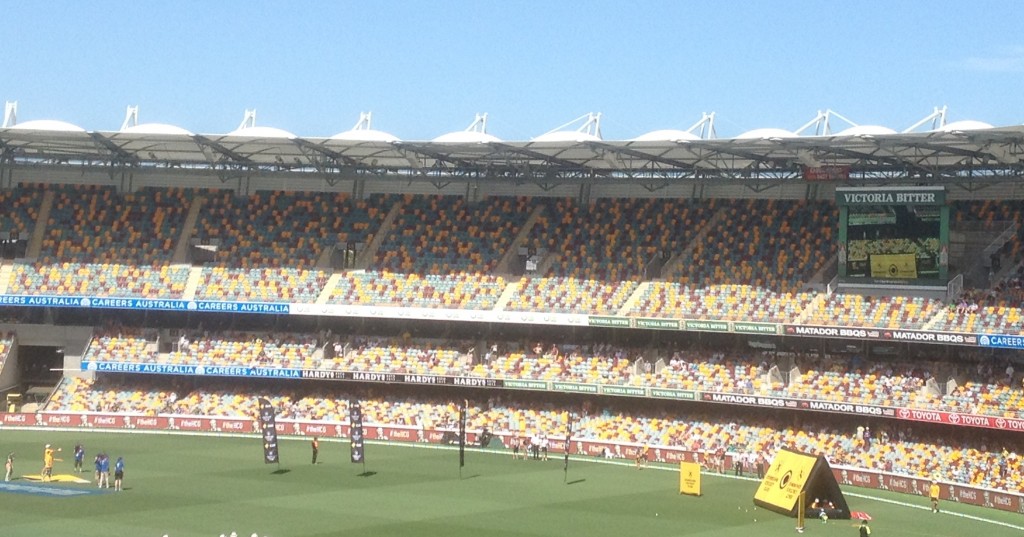 On field competition at the Gabba

Cricket Australia, their sponsors and the stadiums all did a very good job of engaging fans during the Test series against India this summer and there can be a lot of ideas learned from these activations that other sporting teams and stadiums can use.