I’m talking all things fan engagement and women in sport at the MCG on Tuesday 15th November for the CHAMPIONING WOMEN IN SPORT conference and have put together a helpful flyer to hand out to delegates on the day that lists over 200 creative and fun fan engagement ideas.

While it doesn’t compare to a free rally towel, flag, magnet schedule or t-shirt, I can’t just give a fun motivational speech at a fan engagement conference without having guests take home a free giveaway!

The high res PDF print version is available below if you’d like to print it out as well.

It’s always nice hearing from sports business professionals from England and the US to Russia and Australia and everywhere else in between who find both my Fan Engagement Pinterest site and these resources helpful so please touch base if you would like any more information regarding these ideas and I’ll be happy to assist you.

I’m available for consulting and conference talks and always keen to hear what teams and stadiums are doing in this space so feel free to get in touch via MrBlairHughes@gmail.com or @MrBlairHughes on Twitter.

Thanks and have a good week. 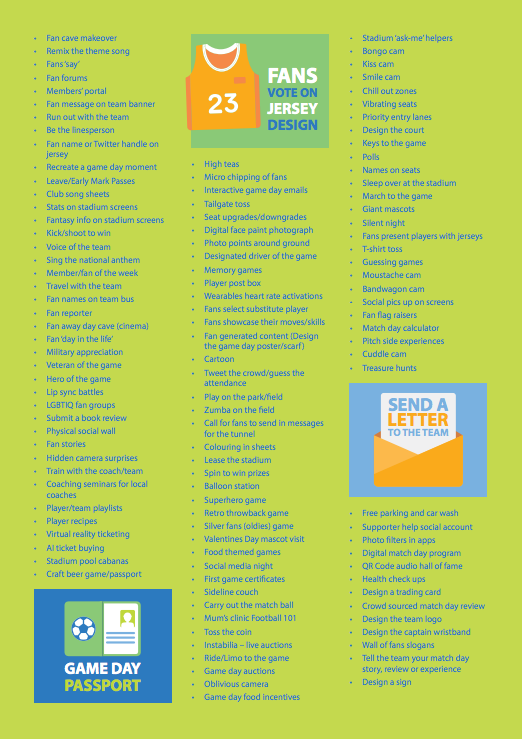 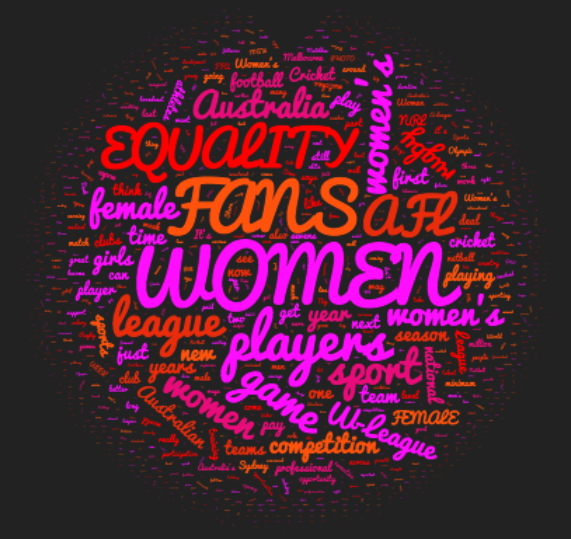