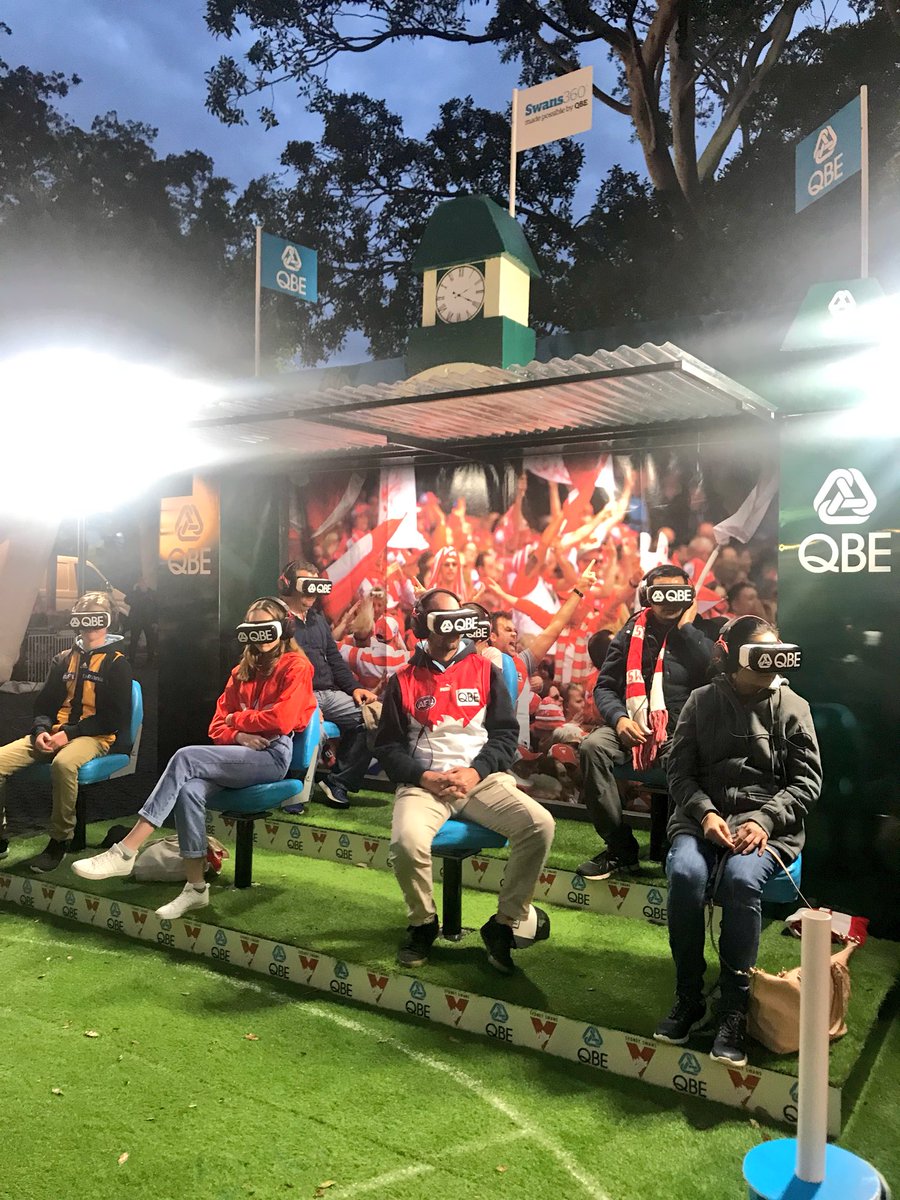 Before the Sydney Roosters game tonight at Allianz Stadium I made the short walk along Drive Avenue in the Moore Park precinct to take in the Sydney Swans AFL game day fan zone.

The Swans in my opinion have one of the best fan zone set ups in the AFL and in Australian sport and make good use of the space that they have adjacent to the Sydney Cricket Ground where they play games. The road is closed off to allow fans to have the freedom and space to roam around the fan zone and take in the fan engagement thats on offer for them.

Some of the things that the Swans offer fans in this fan zone include the following:
Swans fans who drive Volkswagen cars get free parking at the SCG. This is a pretty simple and effective way to look engage fans and their sponsor on game day.
Fans can get a sense of the inner sanctum of the SCG with the Swans and sponsor QBE’s ’Swans 360°’ virtual reality activation

At every home match sponsor Citi gives away $1,000 to one lucky winner with fans being able to collect a Citi clap banner before each home match and hold it up at half time for their chance to win.

Fans are able to test their skills with the Volkswagen Handball Challenge where they can handball through a moving tyre into the boot of a Volkswagen.

The fans favourite seems to be the Volkswagen Club Song Car which gives fans chance to jump in the back seat of a Volkswagen Tiguan, record their version of Cheer Cheer and share it with your friends on social media.  They then put these up on the big screen as well throughout the match.

Face painting for fans to get on their red and whitepre-game.
In the McCafe sponsored Sydney Swans fan zone area fans can test their skills on the Jump Bump Thump and Big Kick inflatables
They can also try their luck at the Citi Spin to Win wheel where they can win heaps of prizes including memberships, ticket upgrades, signed merchandise and McCafe give aways. 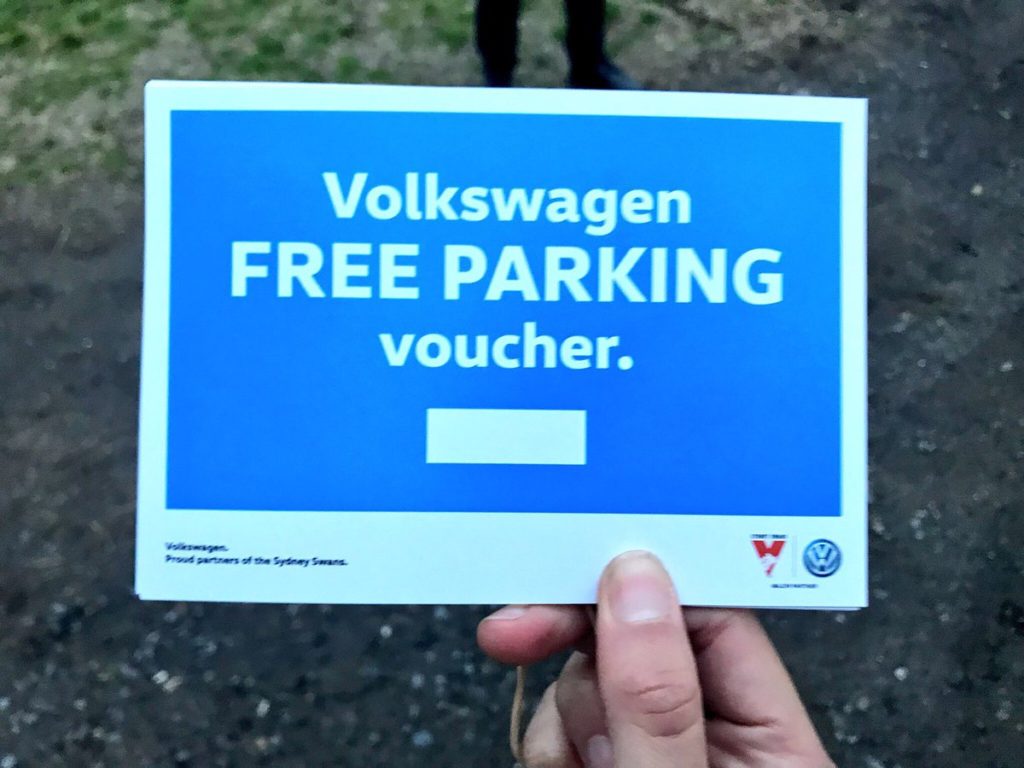 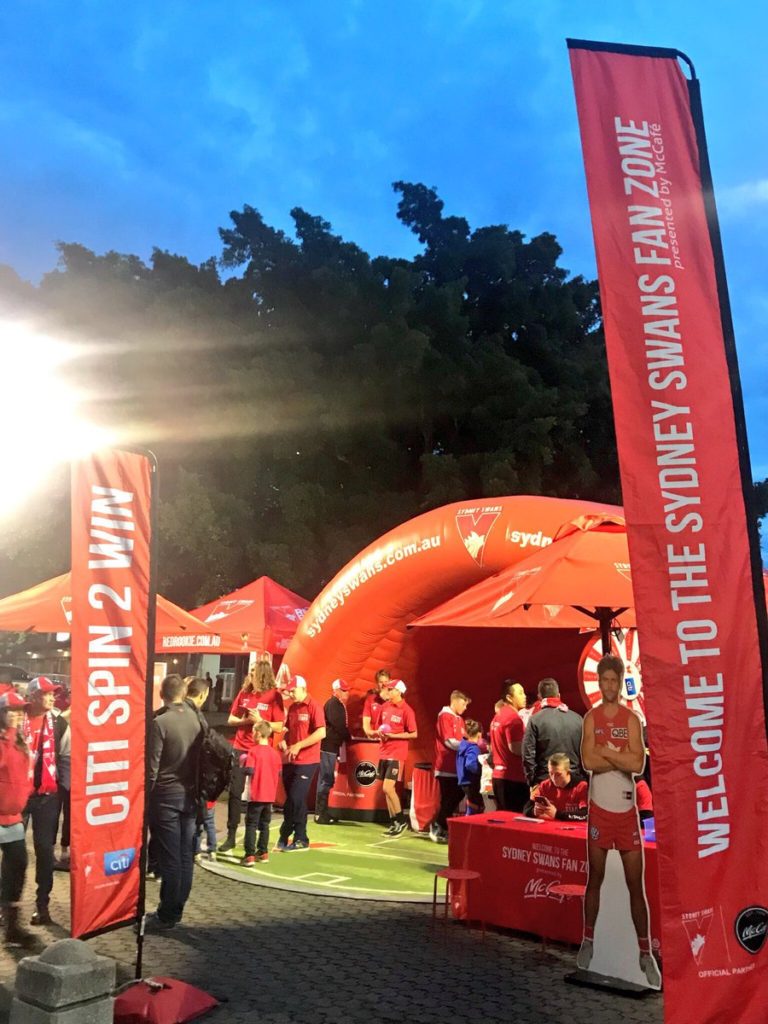 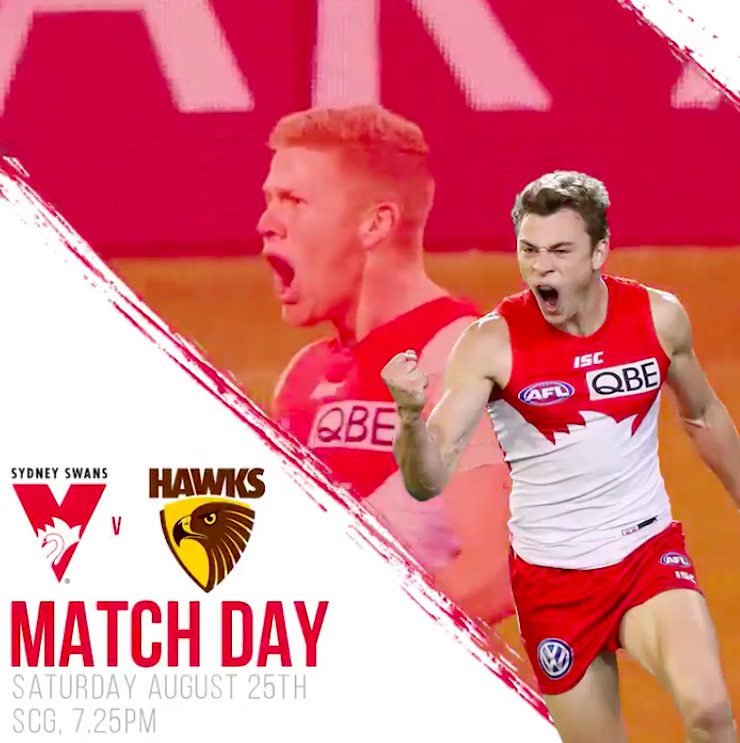 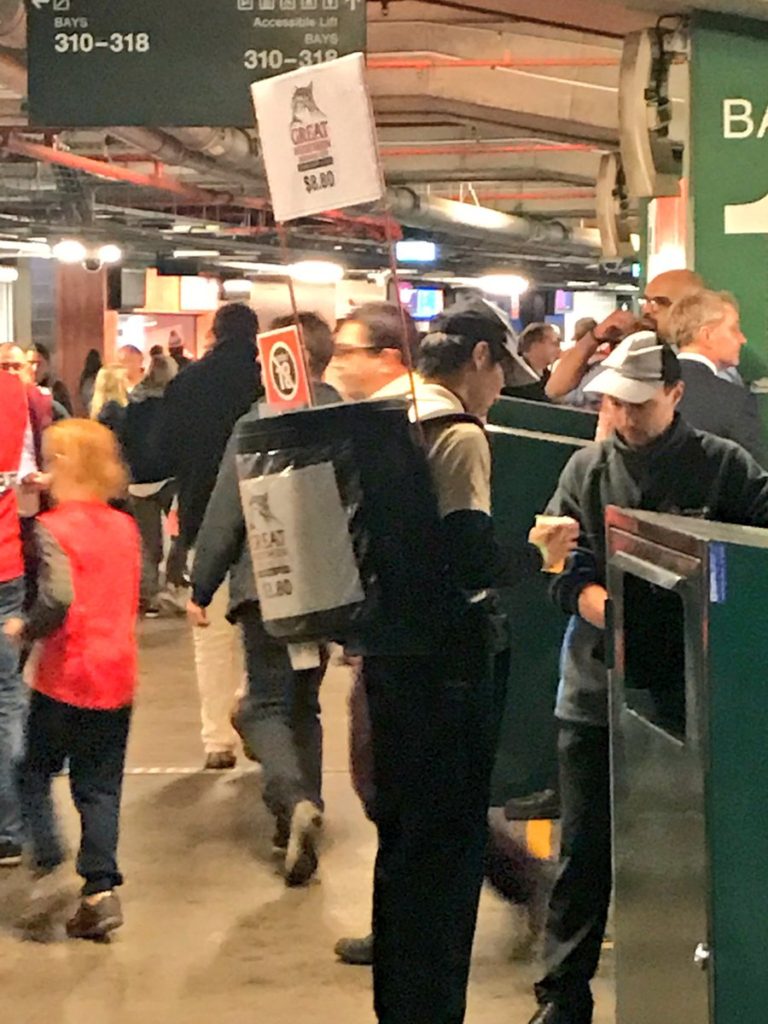 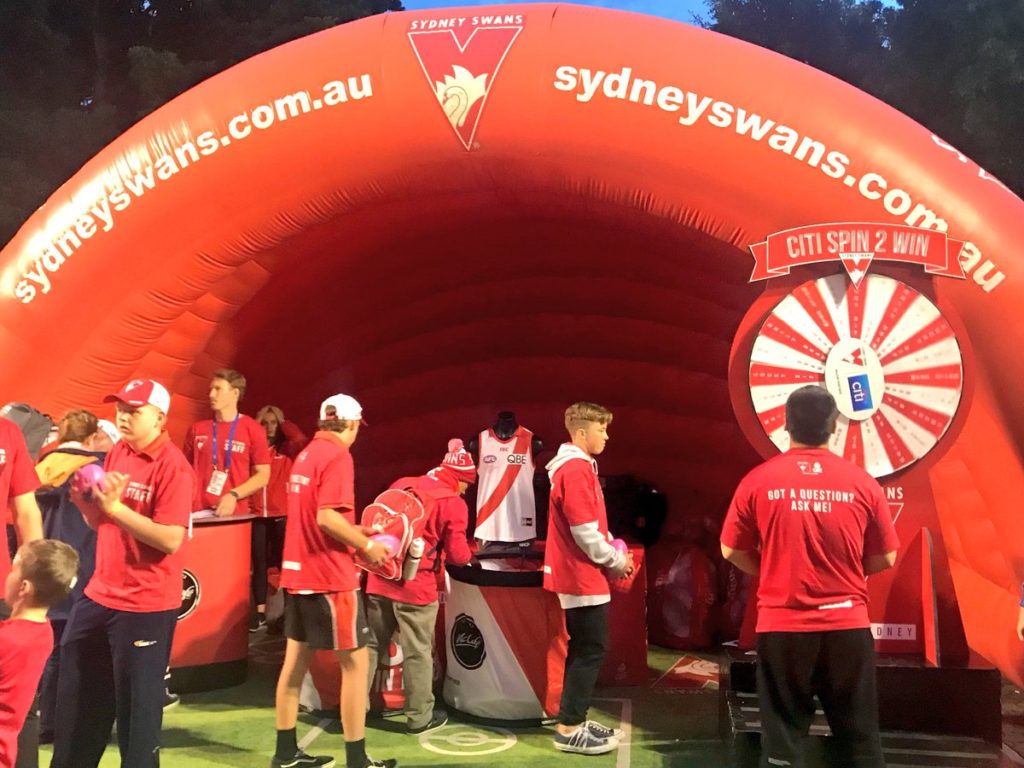 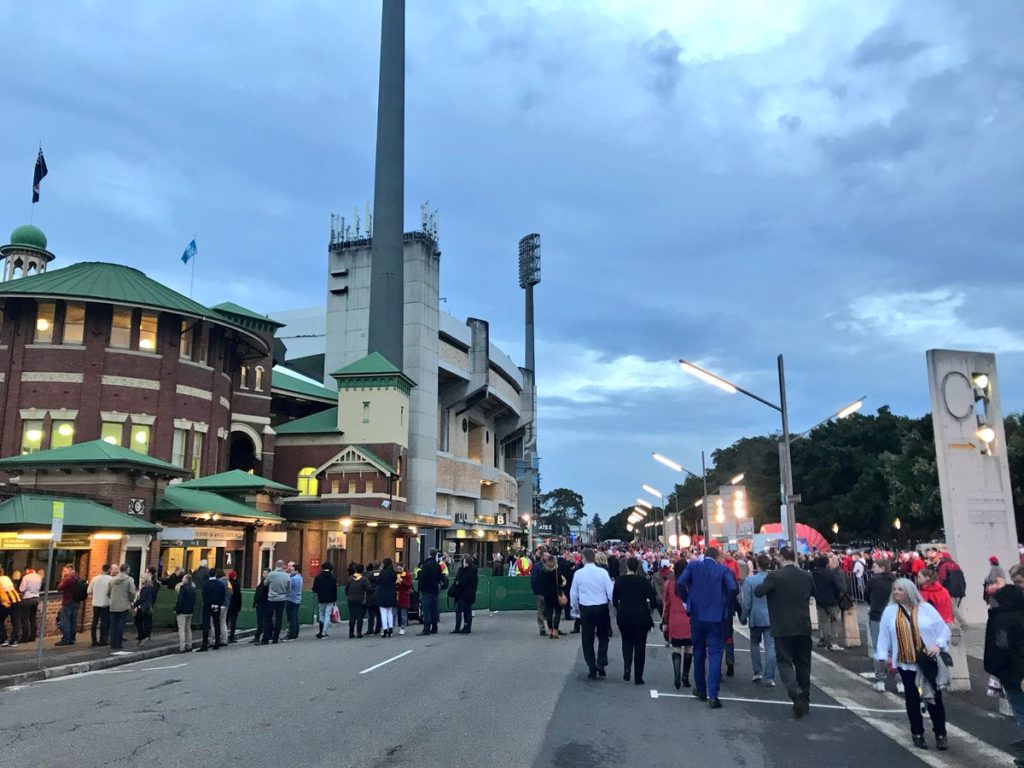 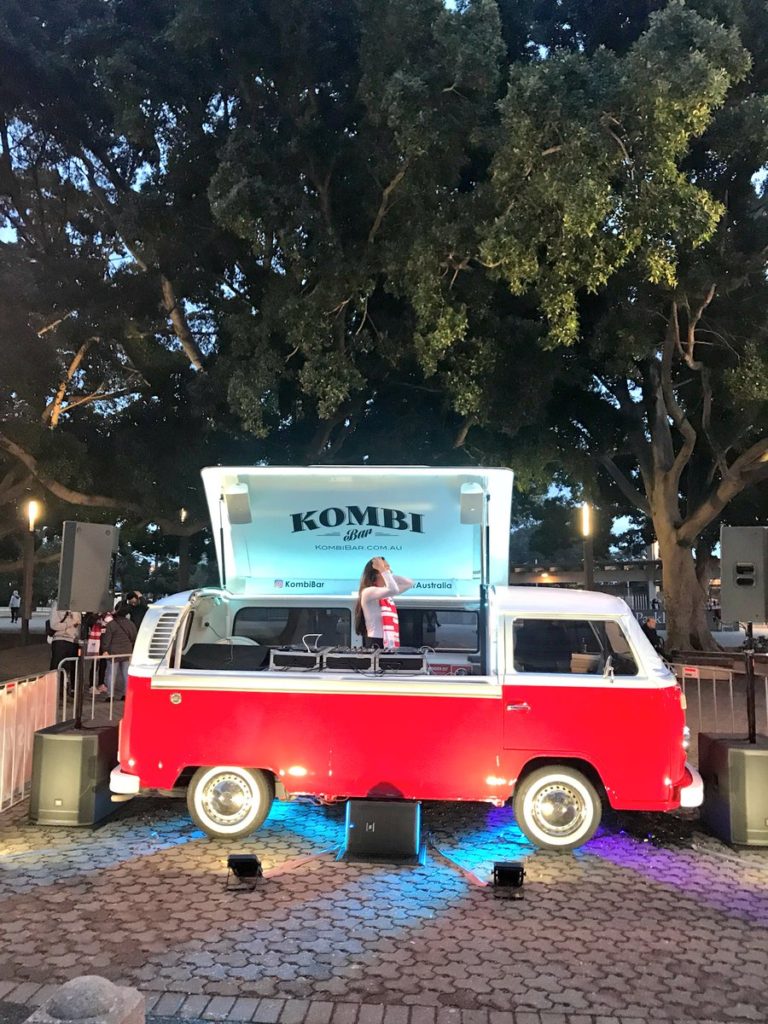 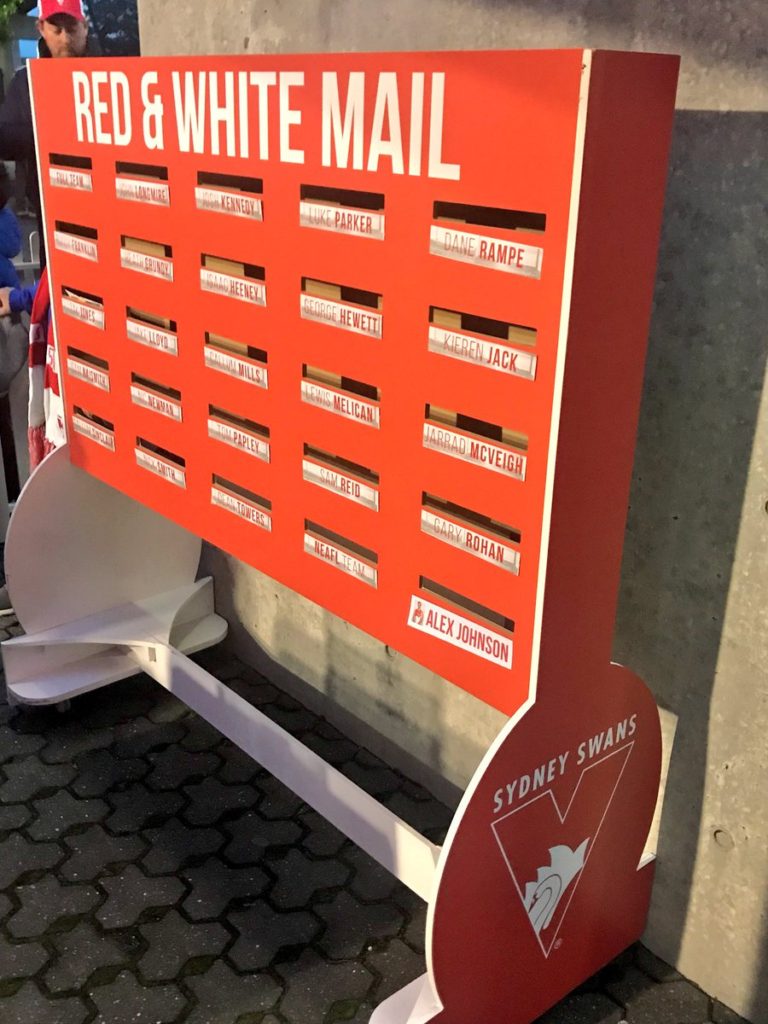 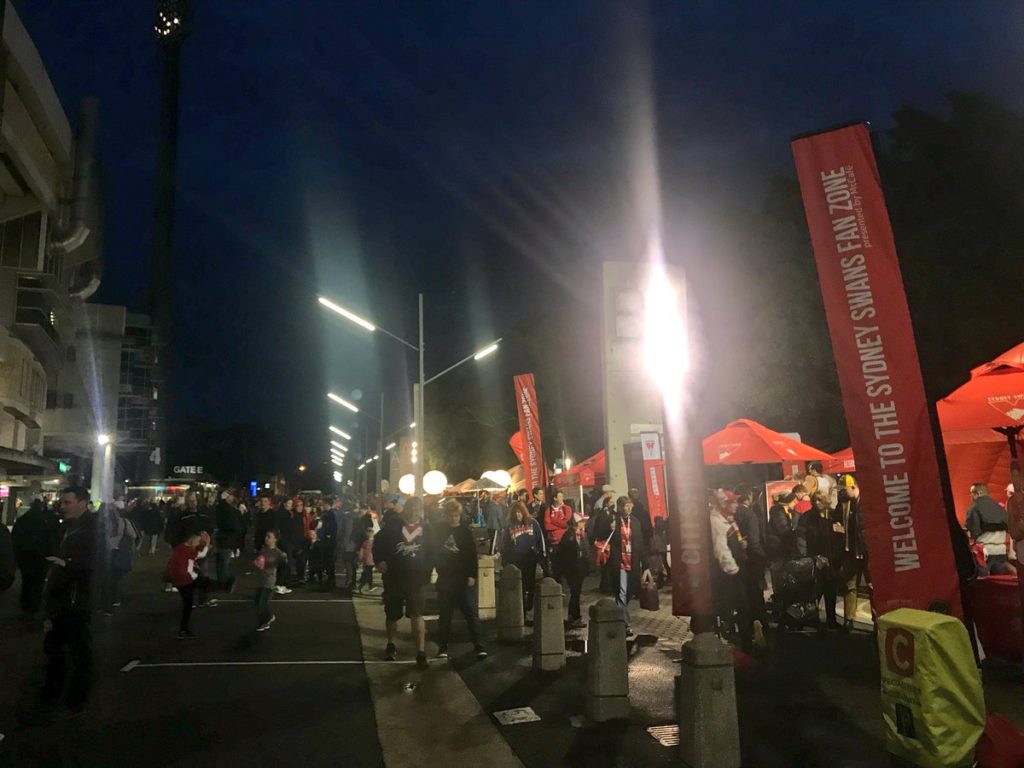 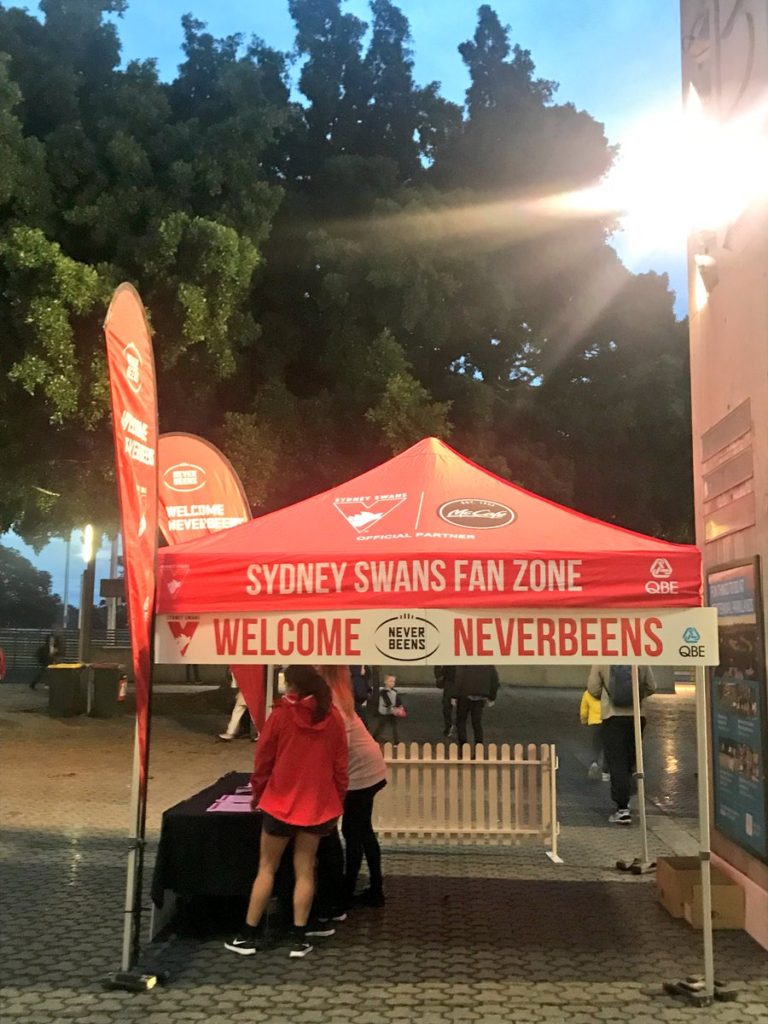 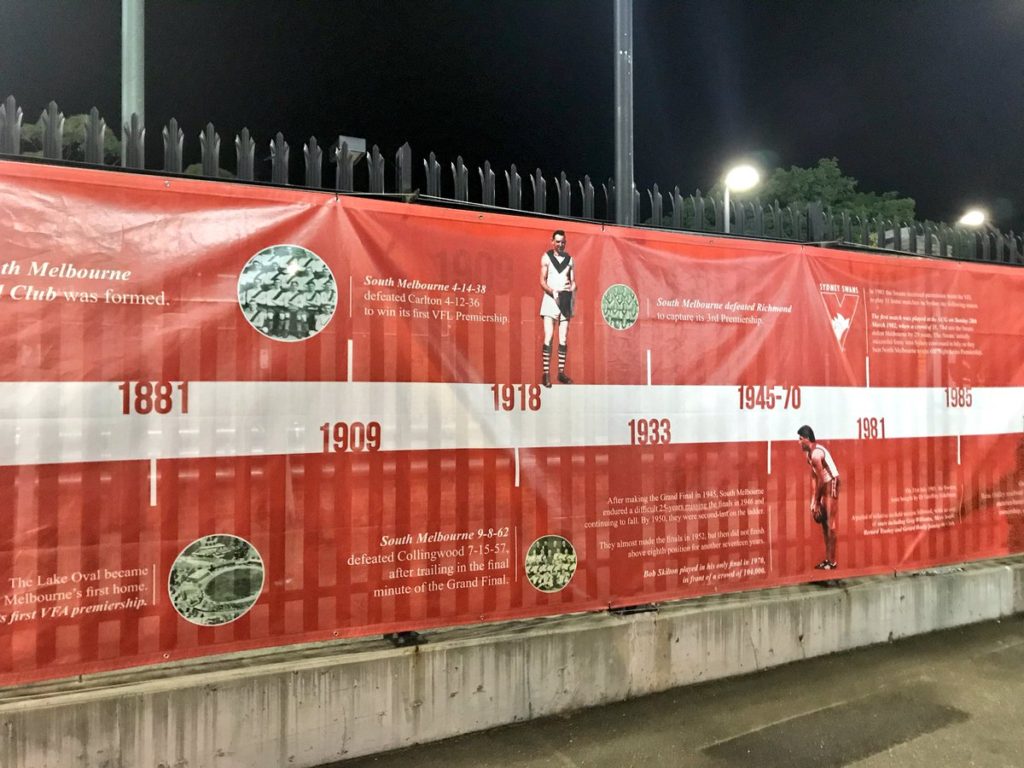 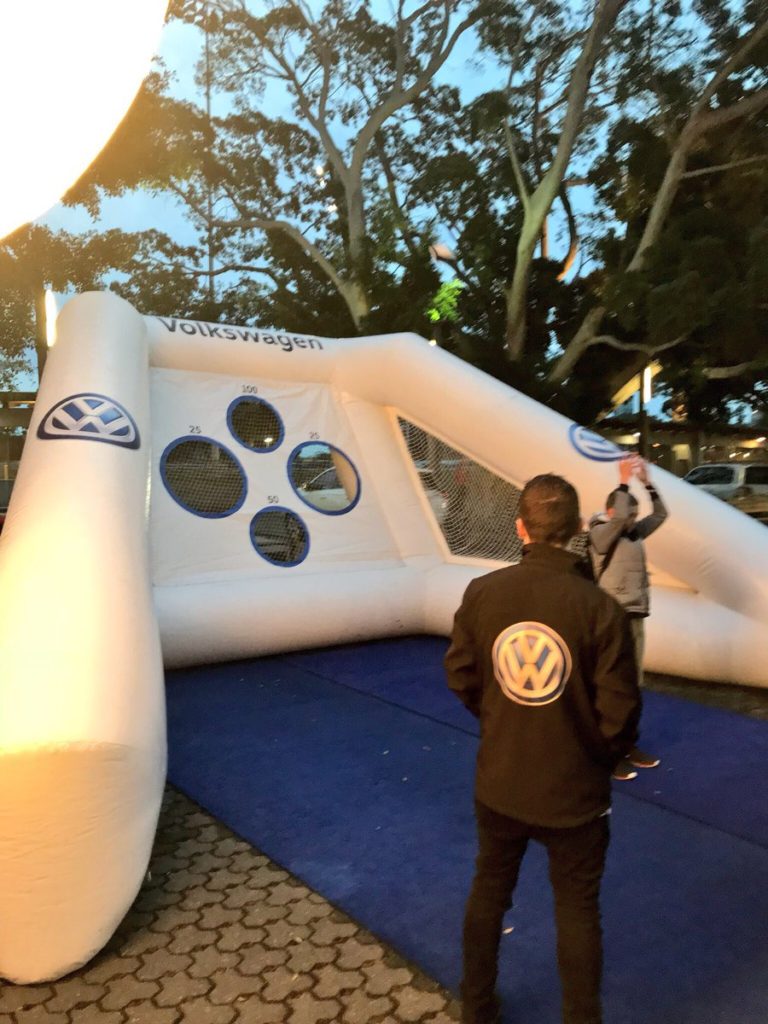 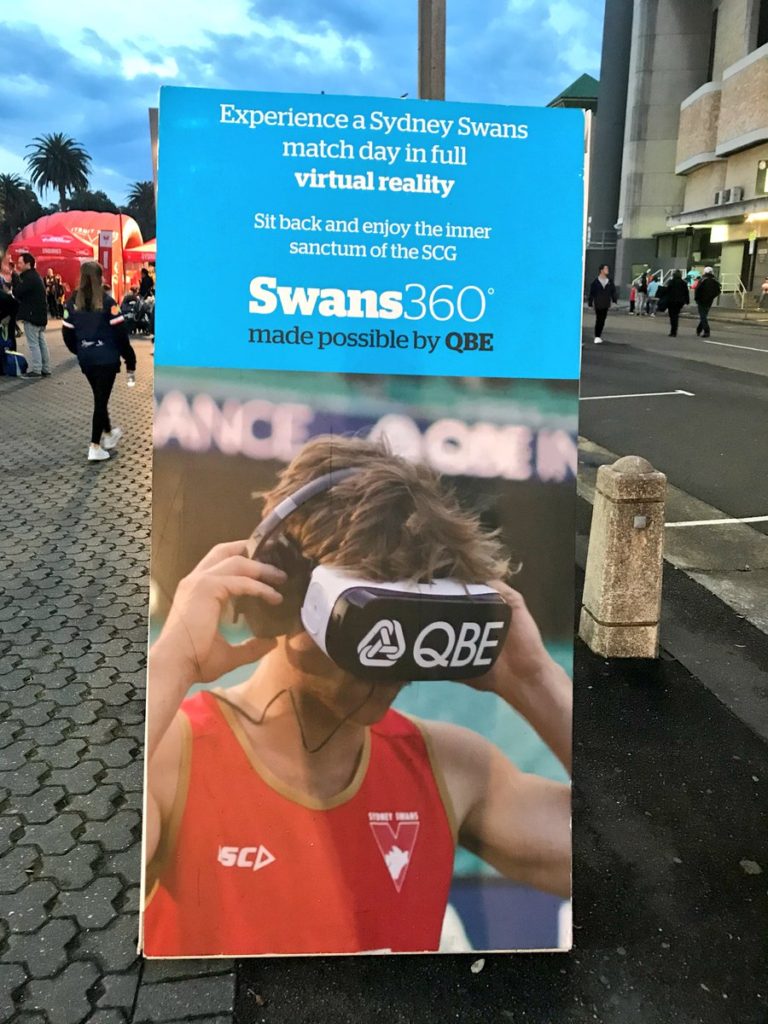 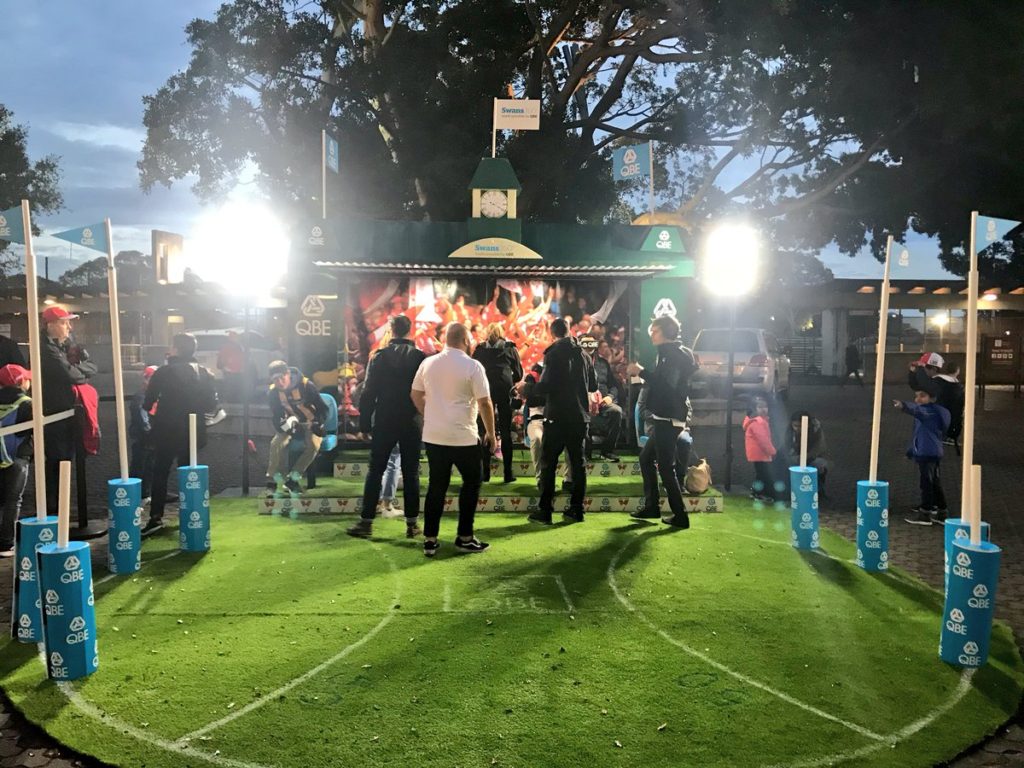 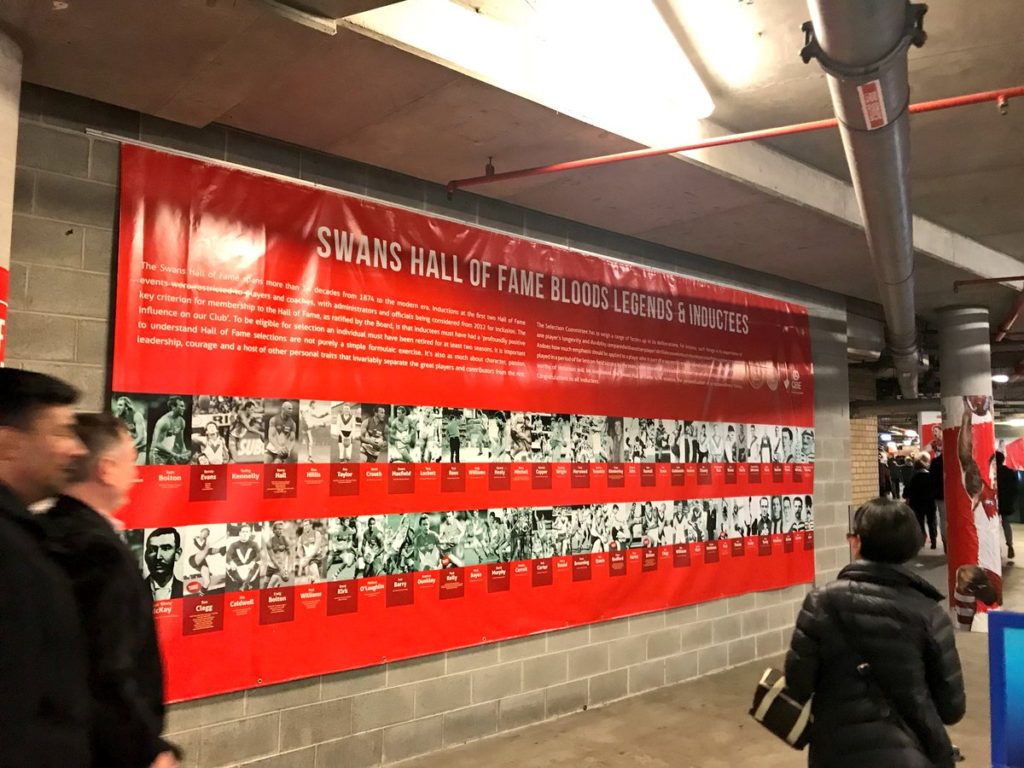 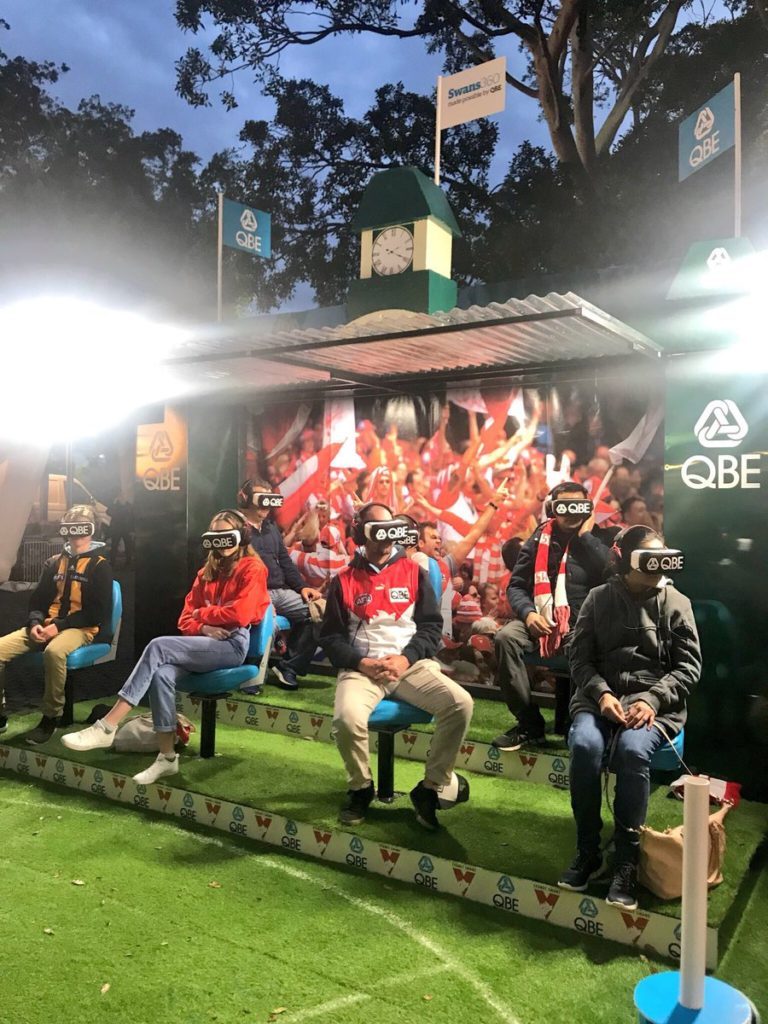 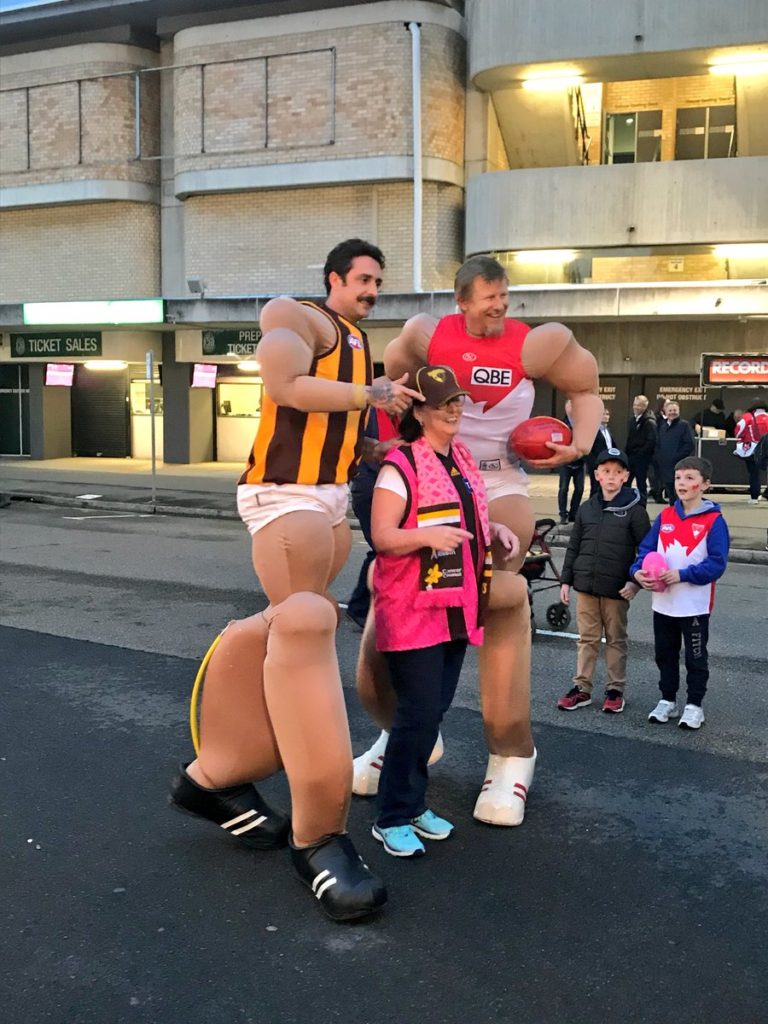 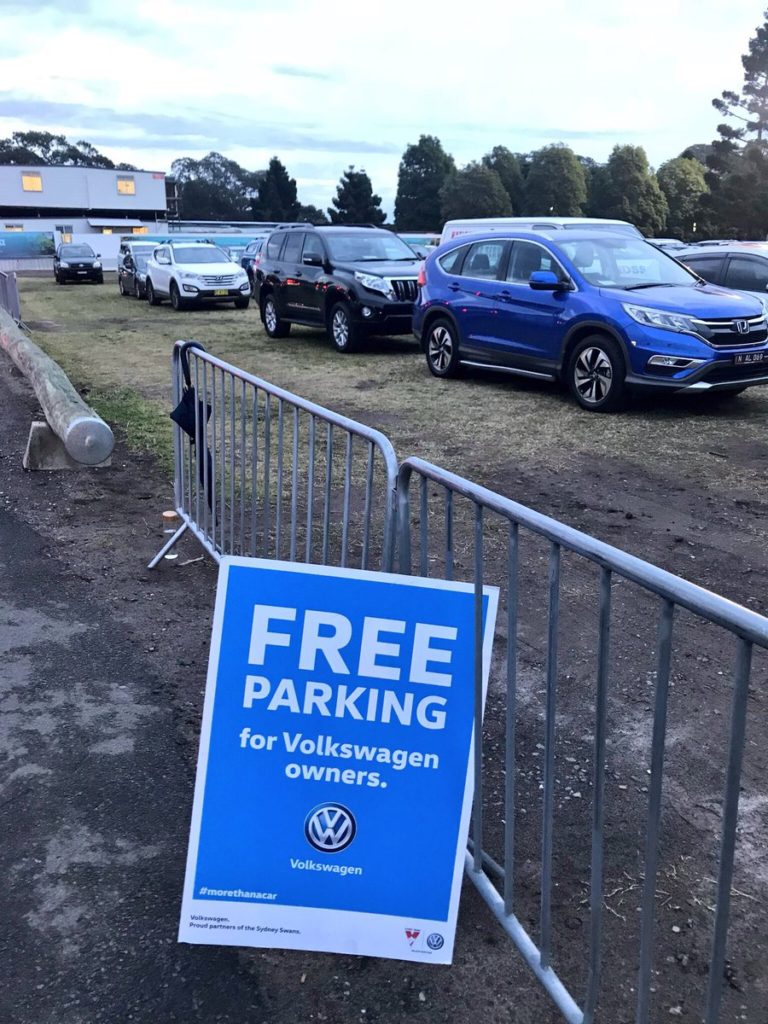 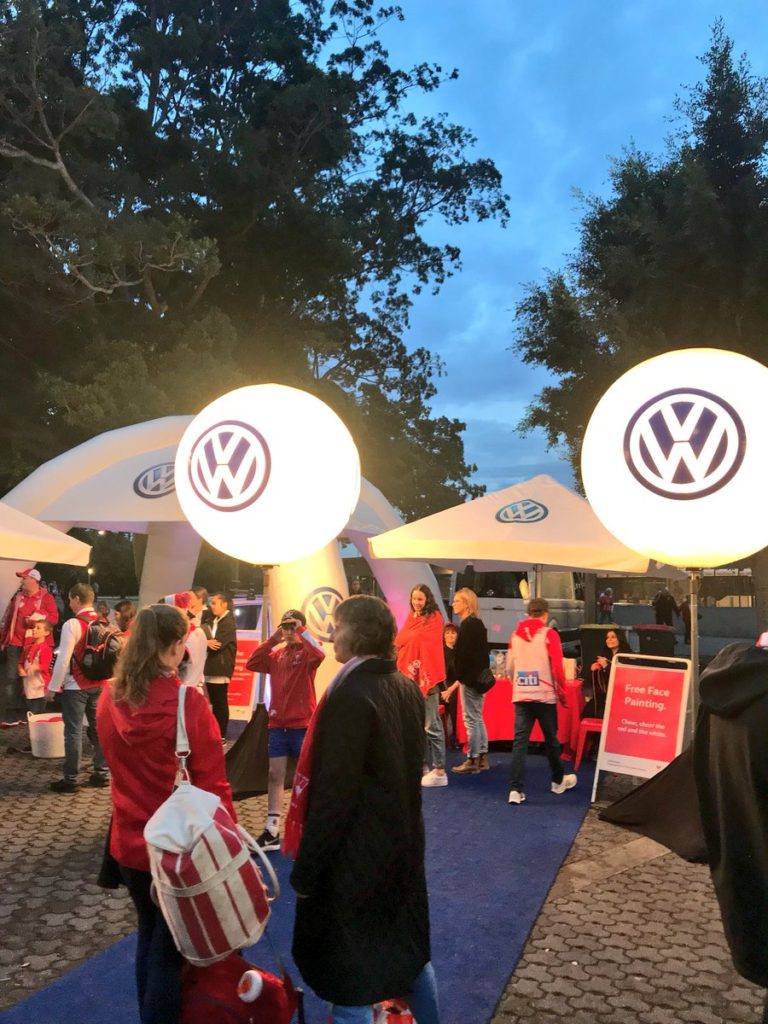 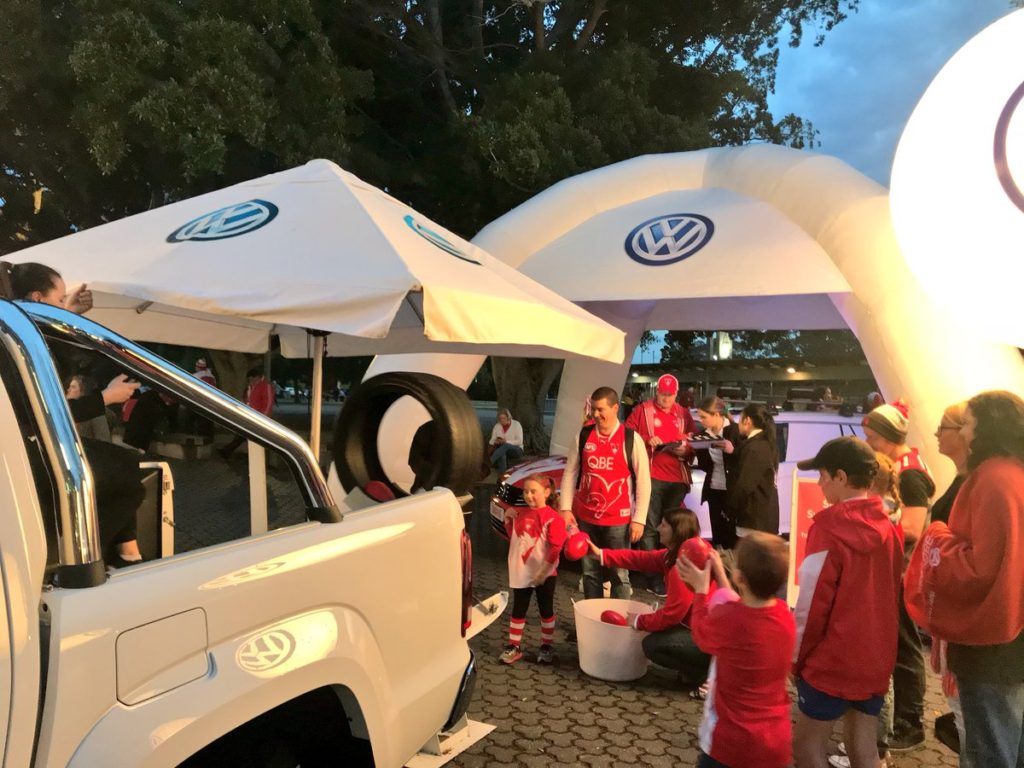 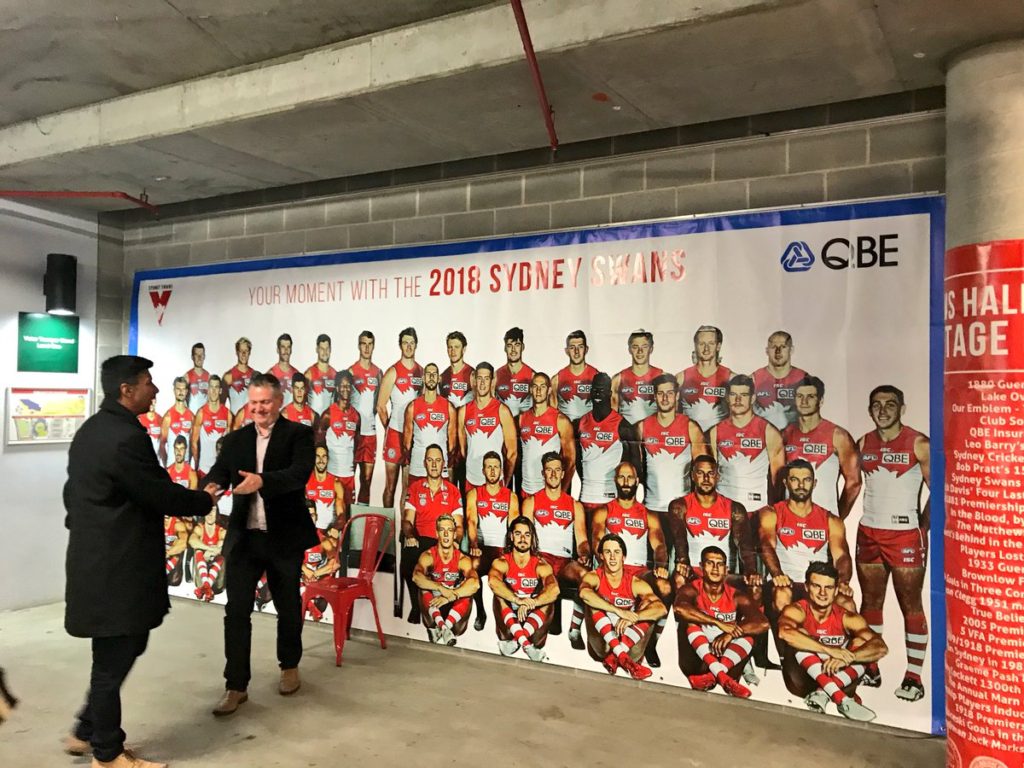 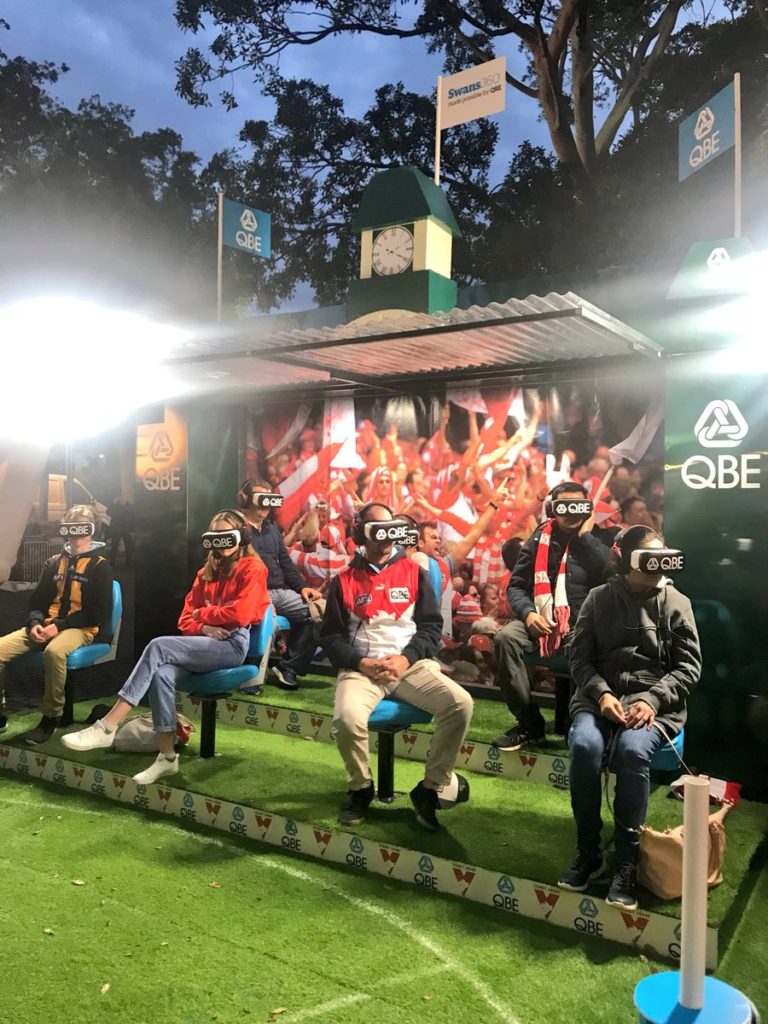