The 2018 AFL season got underway in the last weekend in March and round one saw a game day visit out to Etihad Stadium in Melbourne to take in the St Kilda fan experience as they played host to the Brisbane Lions.

It was really good to see venue staff here giving away free fruit to kids and any patrons that wanted a healthy snack option while at the game as part of a new game day incentive to fans and it was certainly one of the first times I’ve been able to have a fresh pear at a game even if it was half frozen due to the cold weather.

The subtitles on the screens were an inclusive feature and the poll and ‘fan cam’ features of the venue app were also good to try out here which added another social element here on game day.

The cheeky debut of the ‘Ralf The Roof’ twitter account for the stadium roof was a little bit of fun as was this sign which I spotted regarding footies. I think it’s always good when venues add a bit of playful fun to the game day experience and don’t take themselves too seriously all the time.

I’m looking forward to getting out to Optus Stadium, Adelaide Oval, MCG, Ballarat’s Mars Stadium, The Gabba and hopefully one of the Tassie grounds over the course of this AFL season. 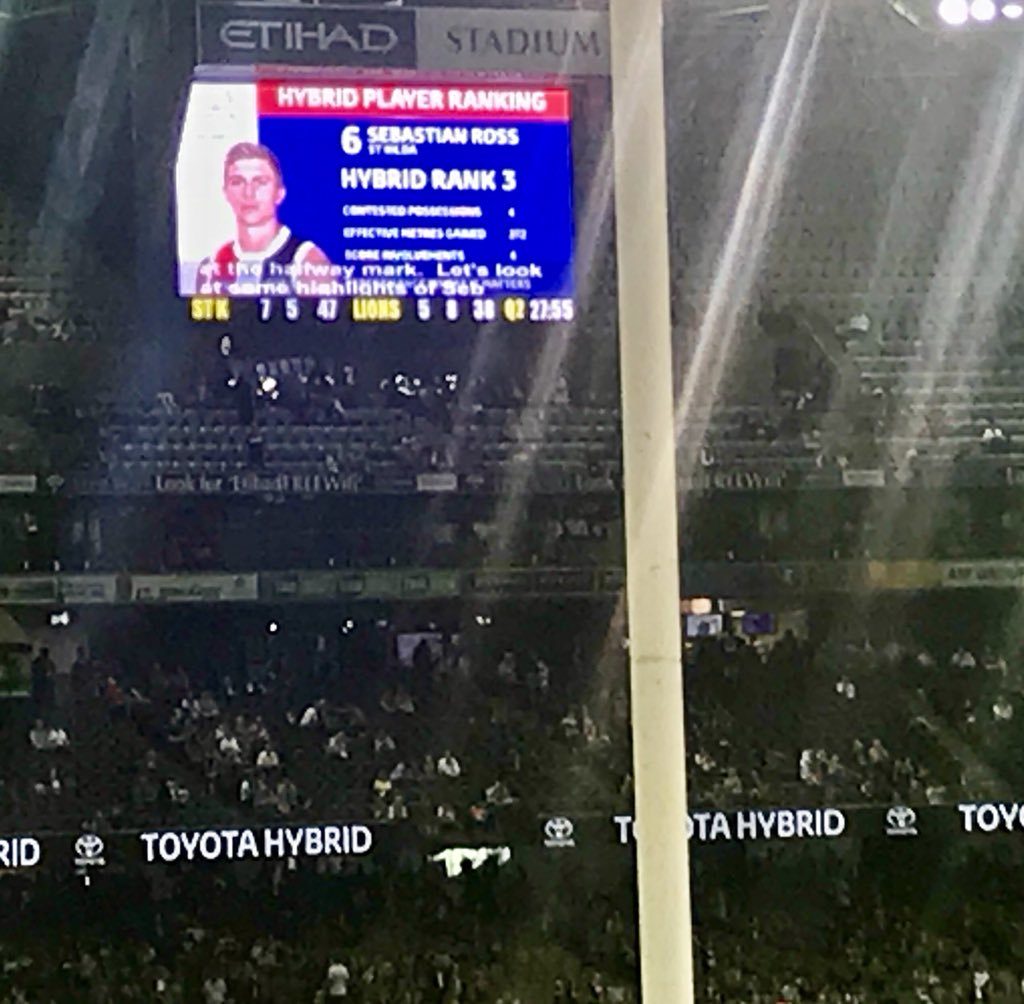 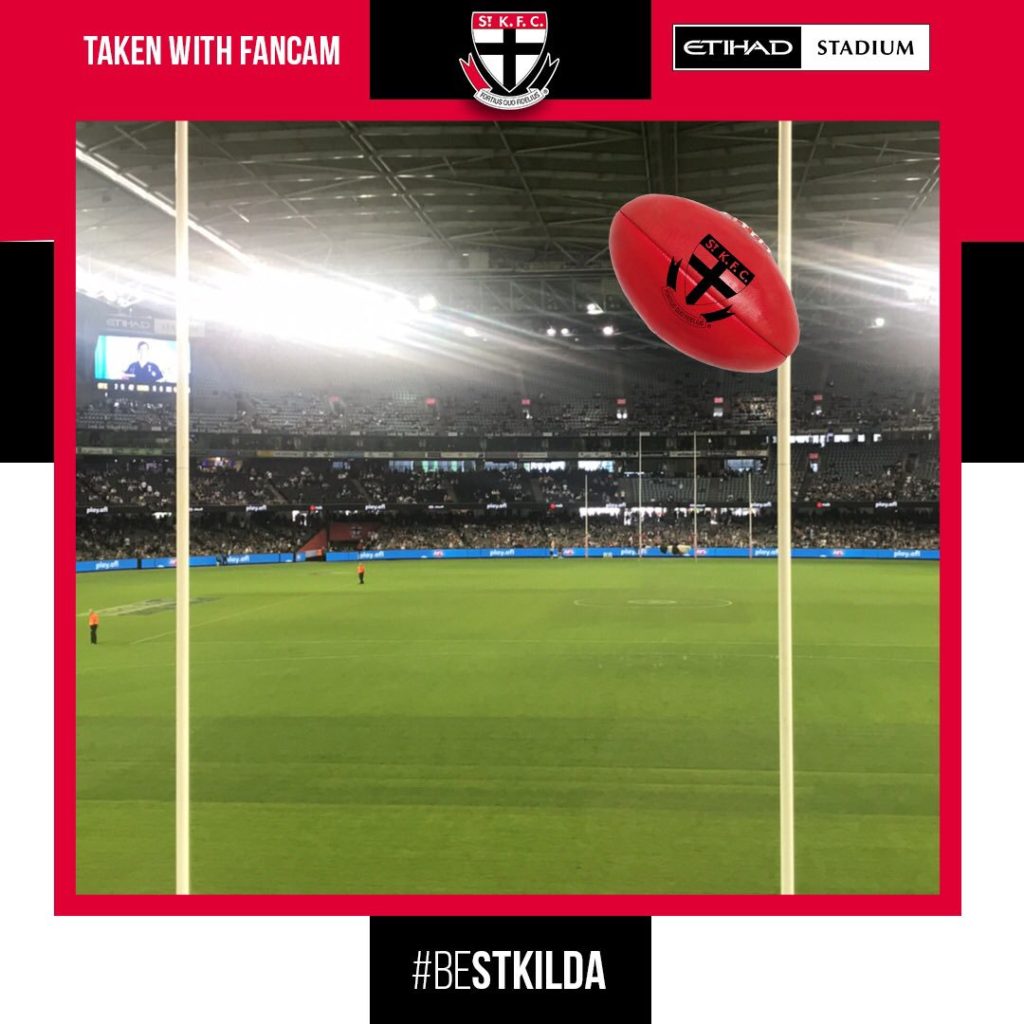 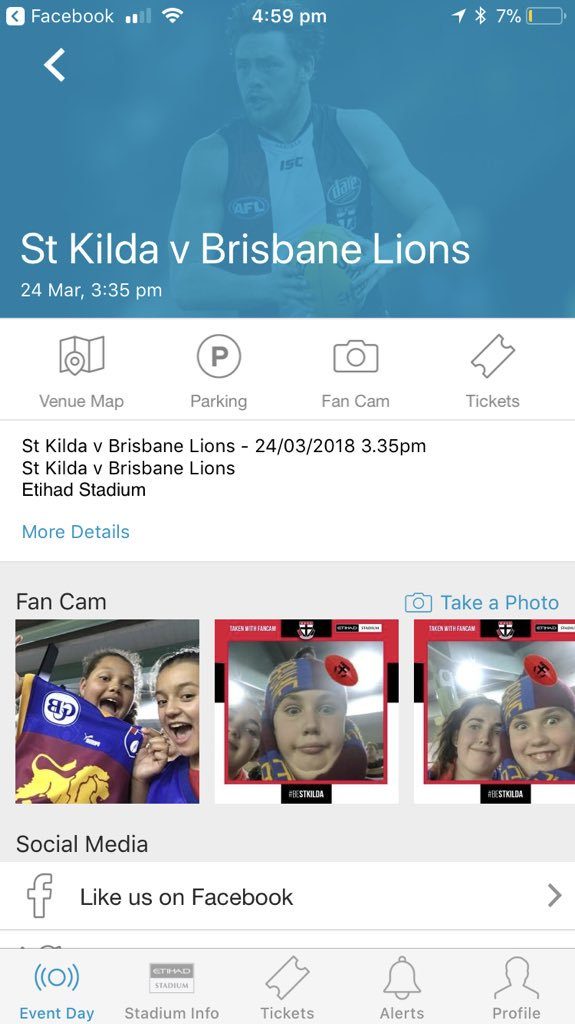 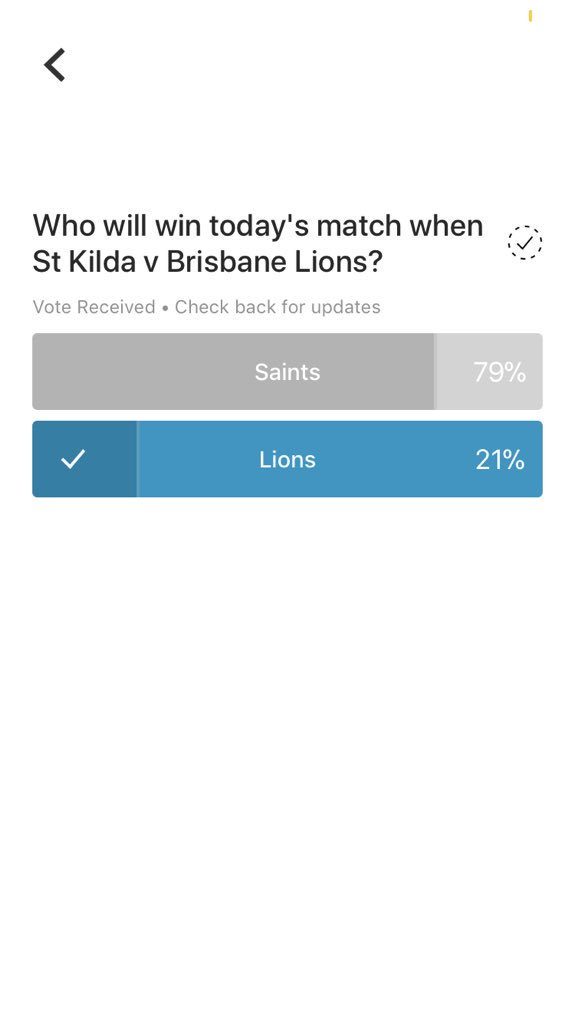 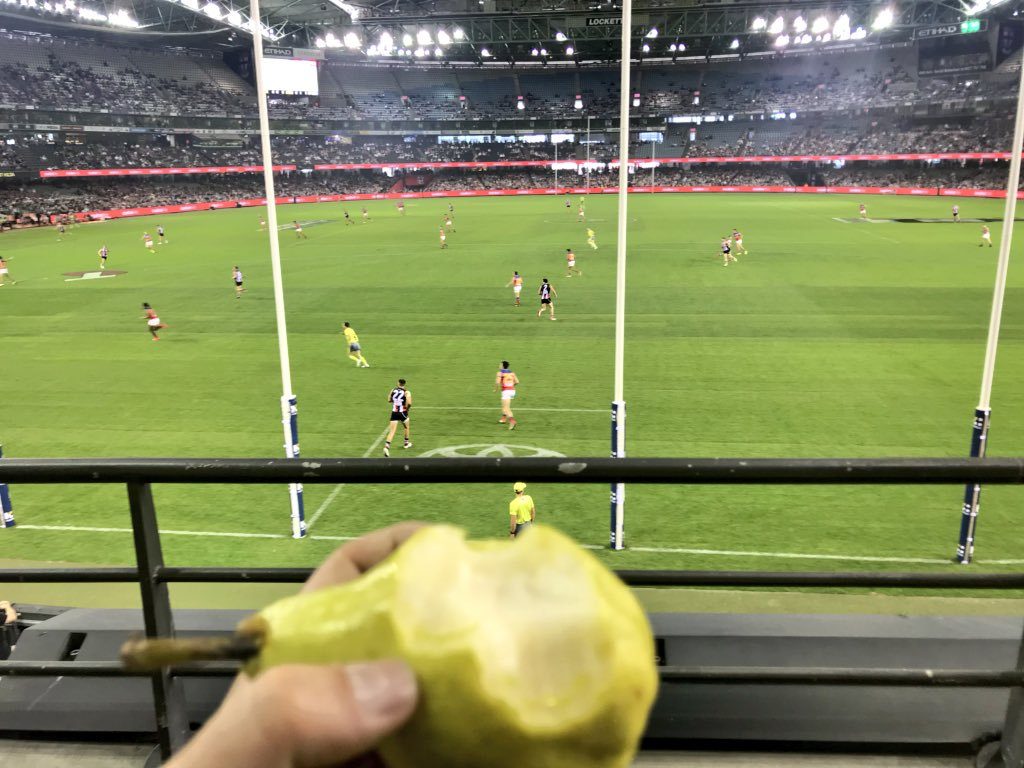 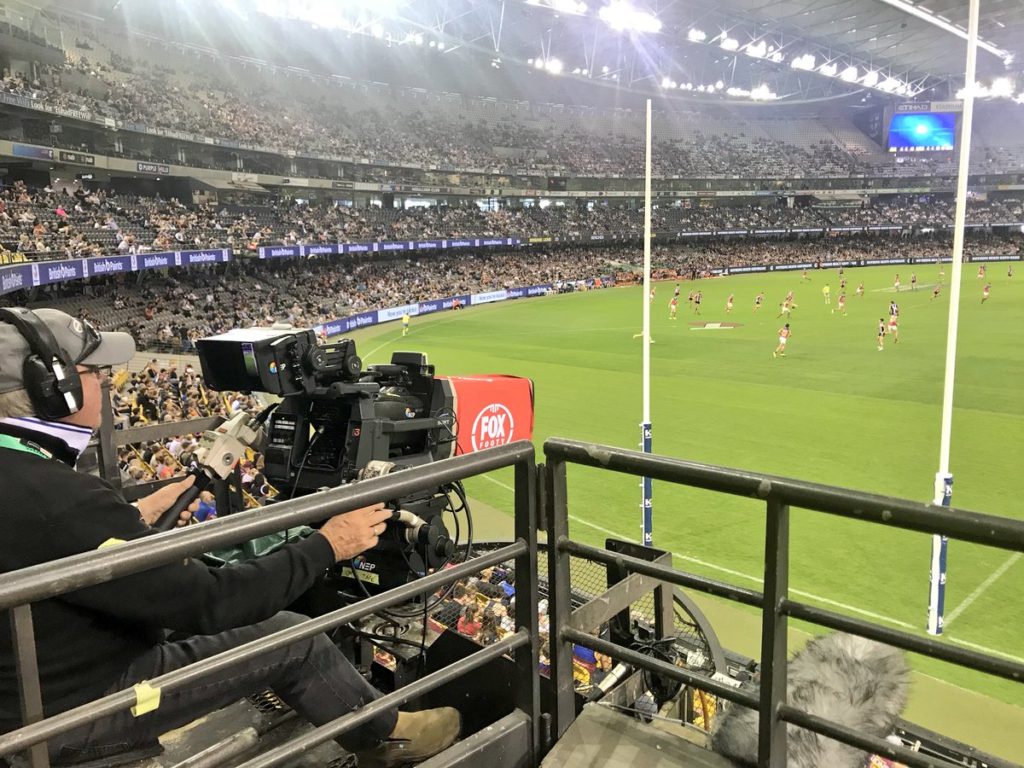 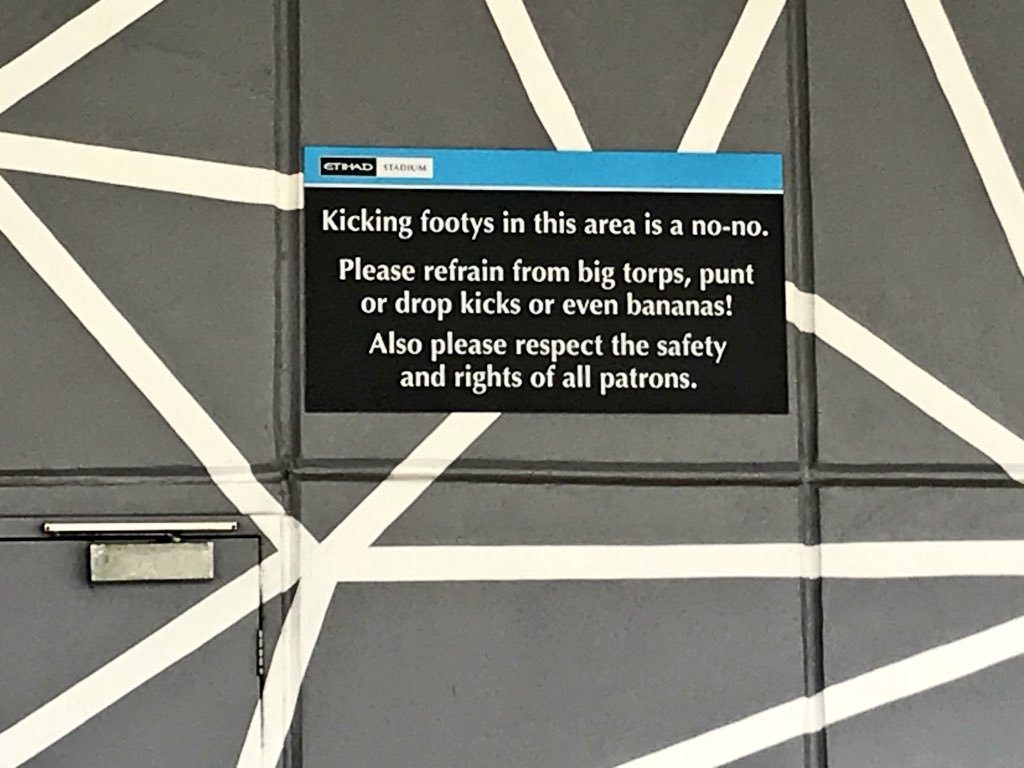 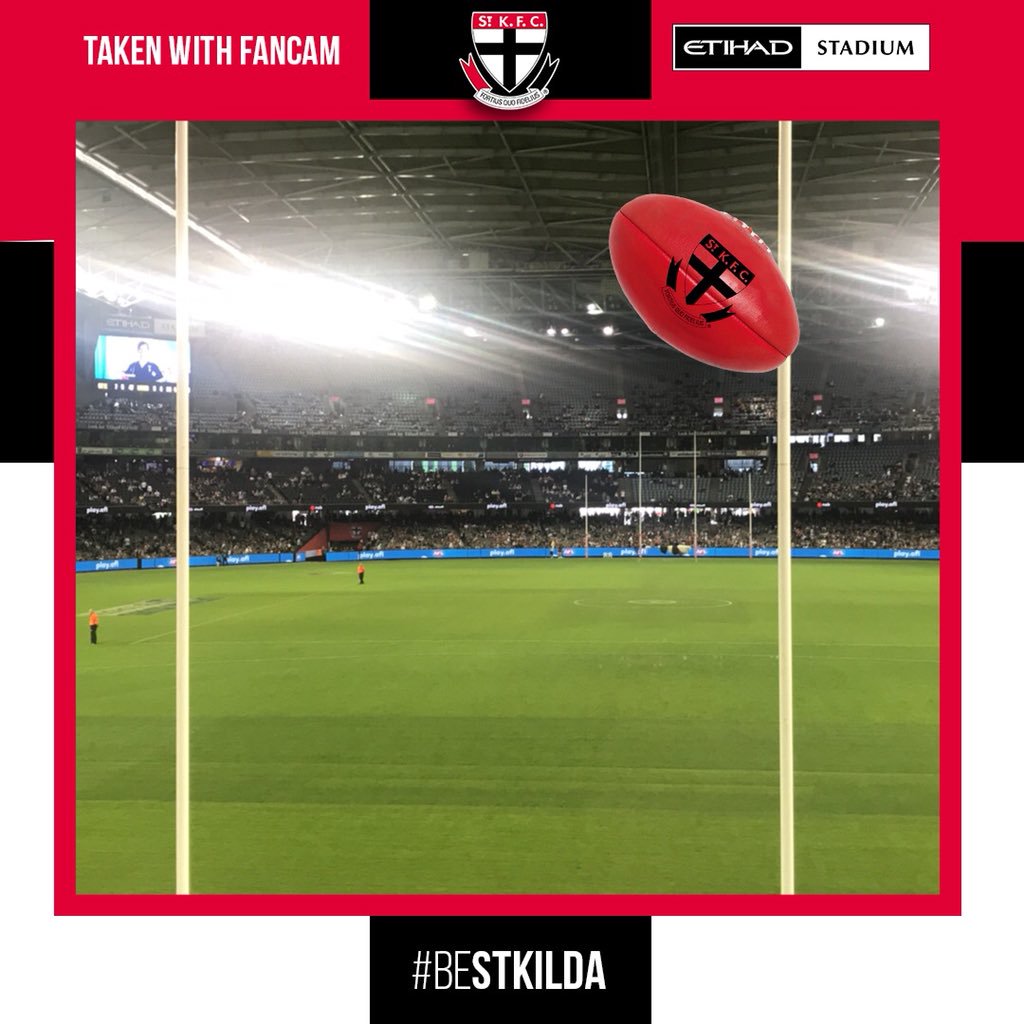 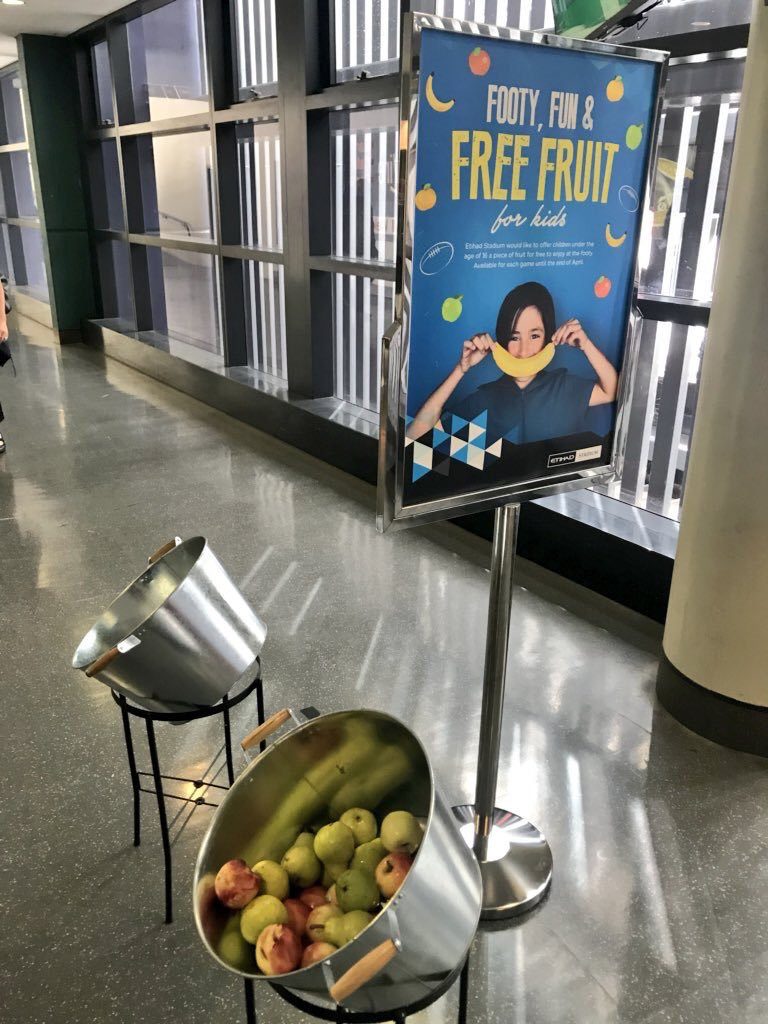 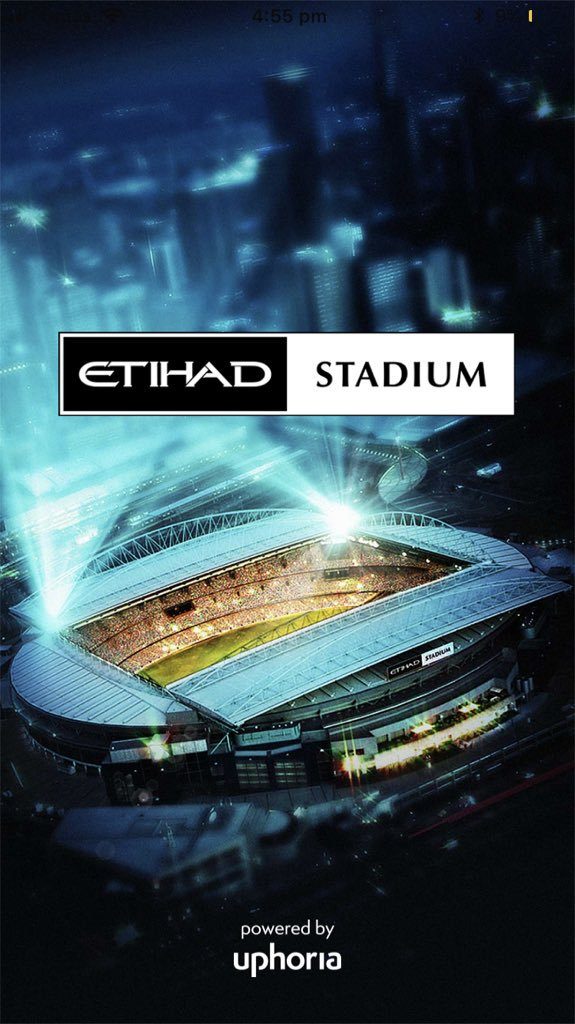 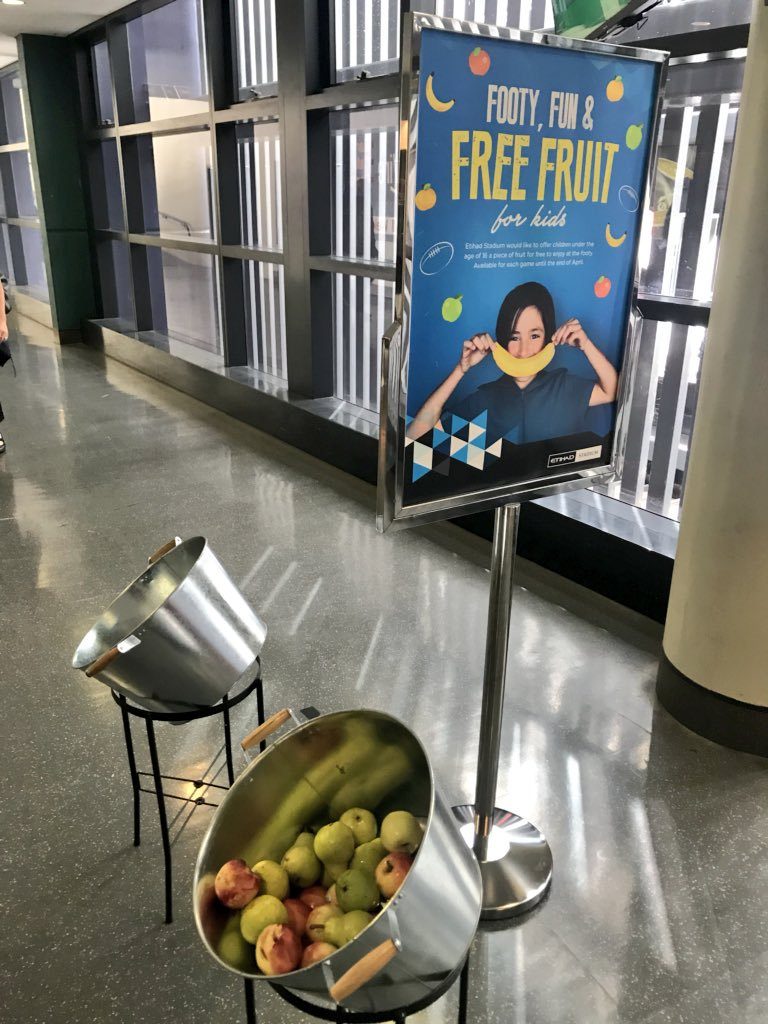