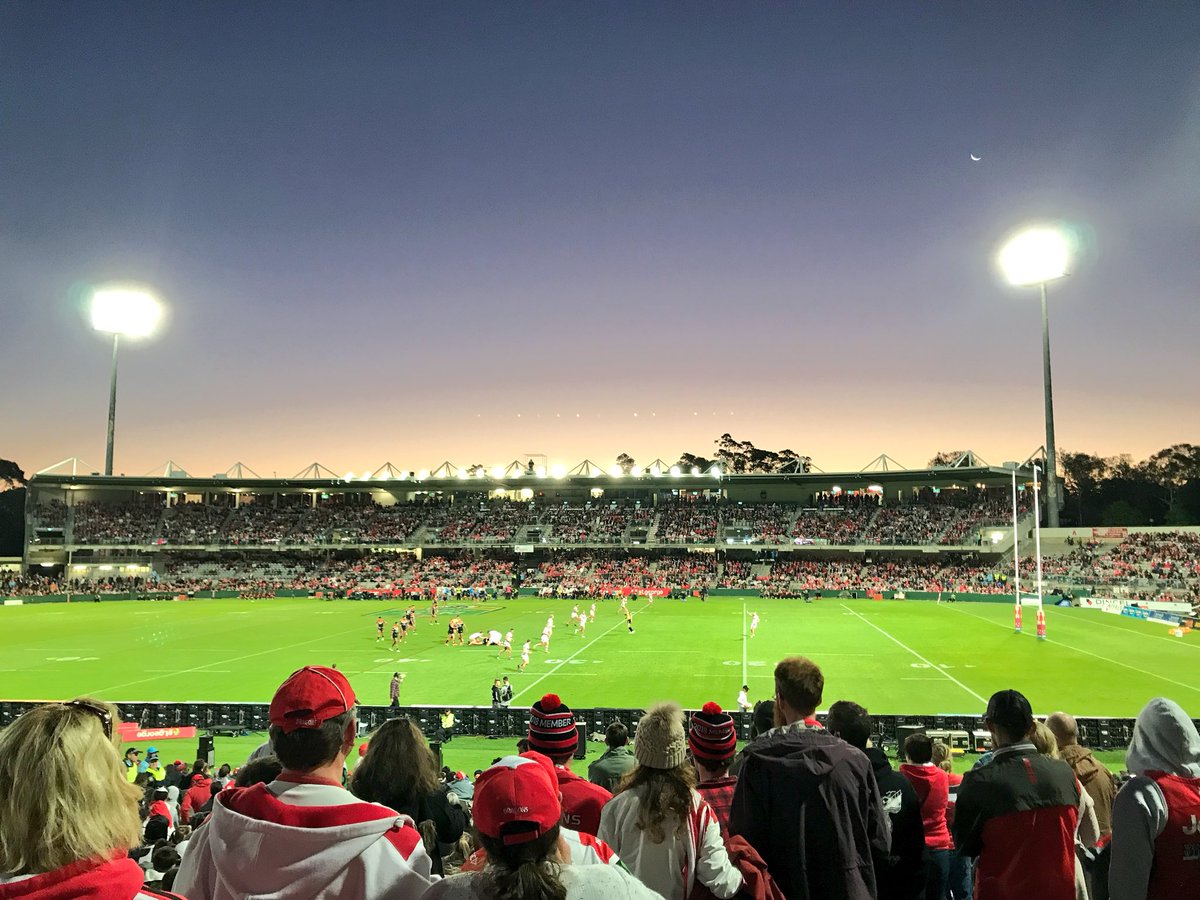 On a chilly Sunday morning I venture out from Sydney’s Central station to Carlton with a train load of St-George Illawarra fans for the Dragons rugby league game at Jubilee Oval. I made my way out of the station and down the street to the stadium passing through the Dragons fan pubs with fans clutching copies of Big League and both Dragons and Steelers flags.

This is a classic old school ground and you can feel the special vibe and atmosphere that the hill provides these Dragons fans with on game days as its pumping with flags, banners, streamers and St George and Illawarra jerseys from the moment the gates open to the final siren. Outside there’s some footy passing challenges for kids, face painting and giveaways from sponsors such as TRY banners while walking into this classic ground there’s a player cut out for kids to get their photos with however space is limited in the venue due to its smaller size and tight concourse with long lines seen throughout the day both at F&B stands and when leaving the ground so this made it difficult for fans to participate with this particular activity.

The Dragons held a mascot race at half time which was a hilarious event that had fans young and old laughing at the scene before their eyes. A clever little bit of fun for some half time entertainment which made me think back to the Grand Finals or World 7’s competitions where this was a feature. It should certainly make a comeback for the big NRL events like the Grand Final.

It was also good to see kids having fun rolling down the hills on the other side of the fan hill without being told to stop by security. It’s funny how we can have all the latest and best tech for fan engagement but at the end of the day nothing makes a kid smile more than just rolling down a hill. Keeps mums and dads happy too and its safe. Bring back the hill as a fun social seating space in new stadiums perhaps?
A trip out here to see the Dragons at Jubilee Oval is a must visit to remember the glory days of rugby league. 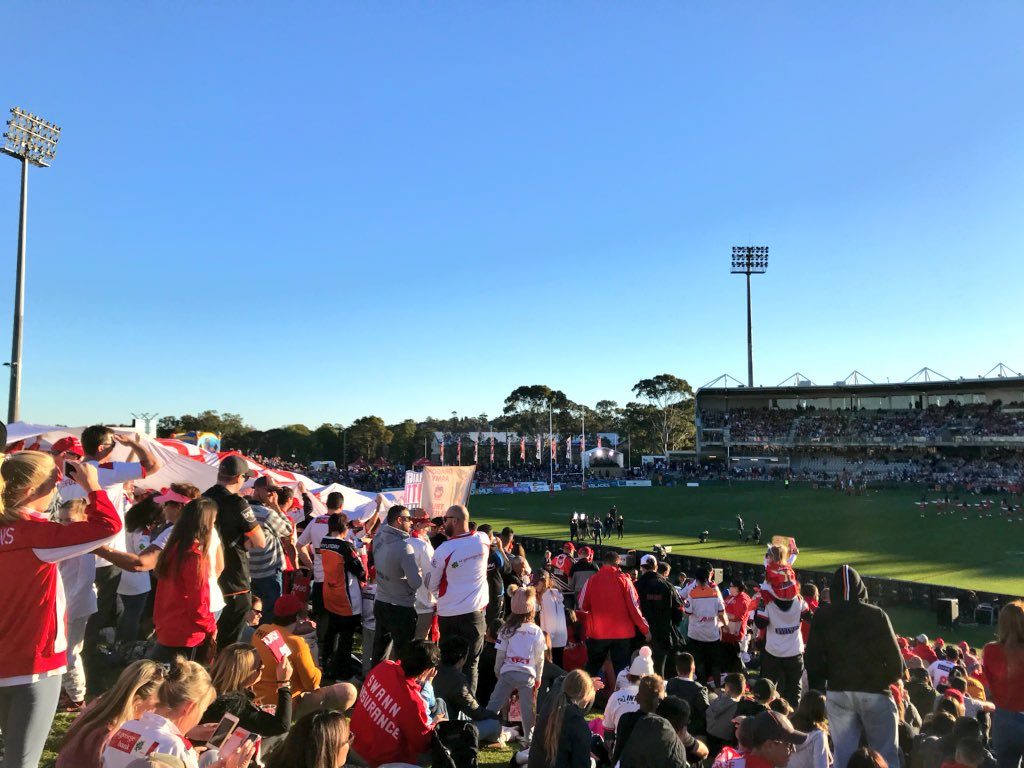 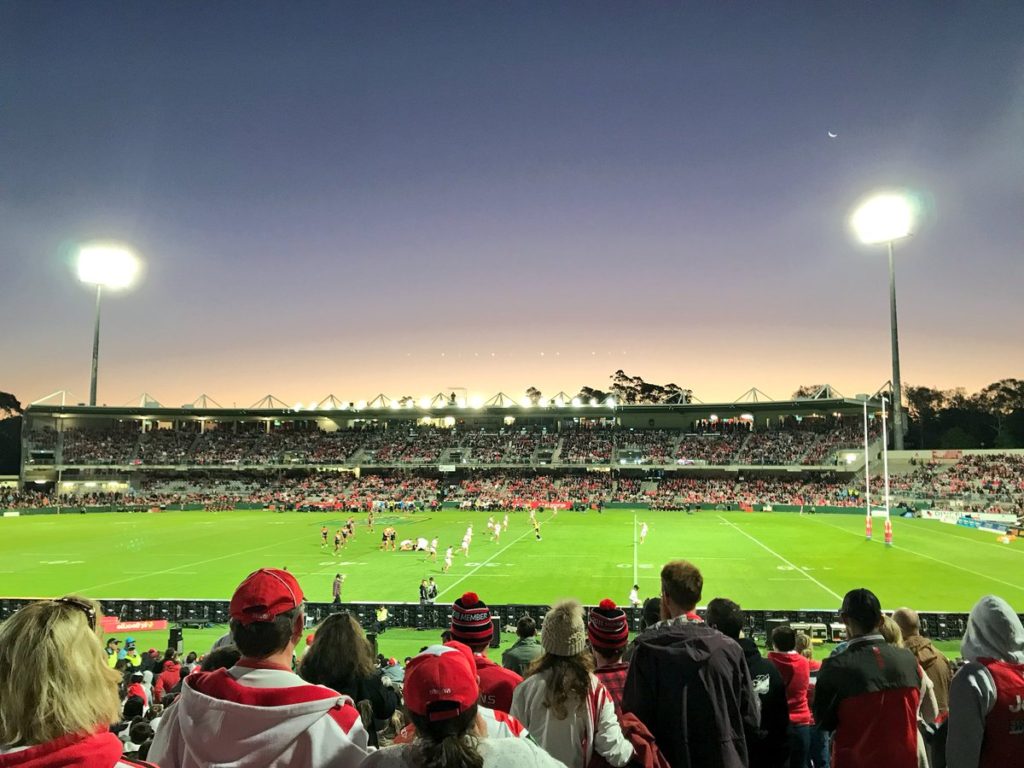 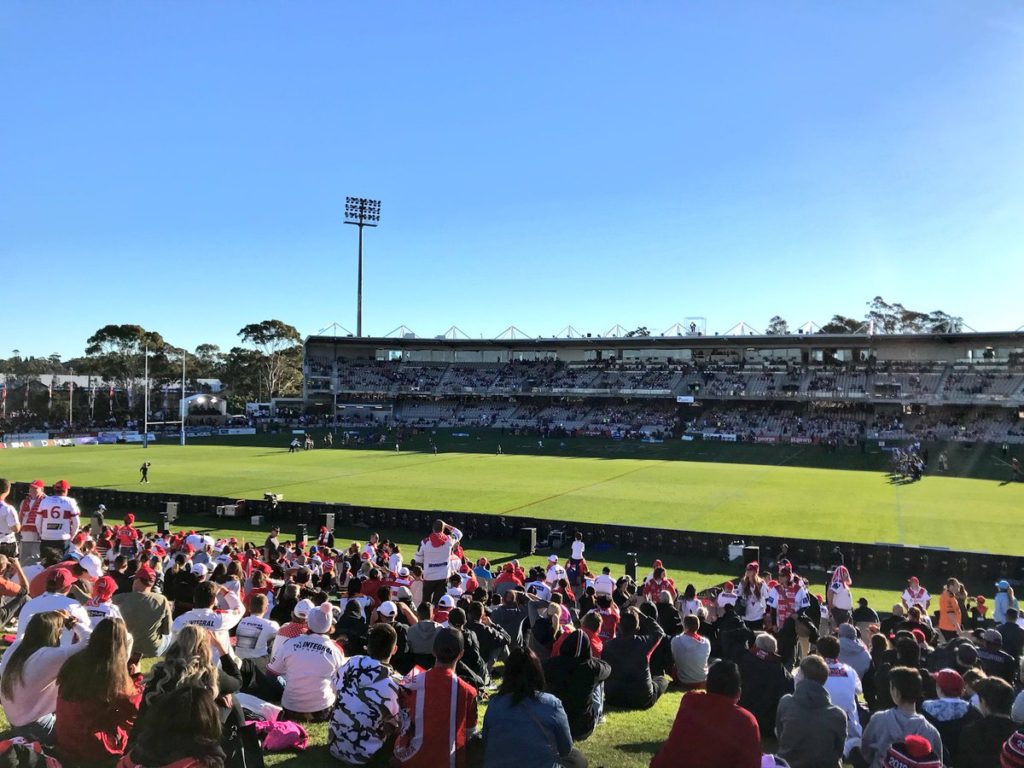 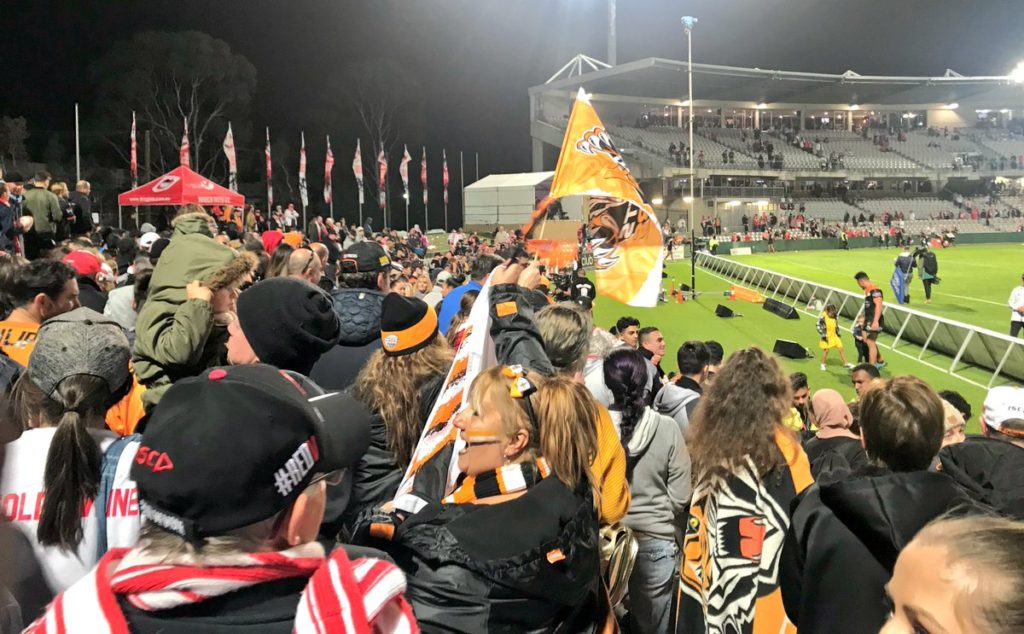 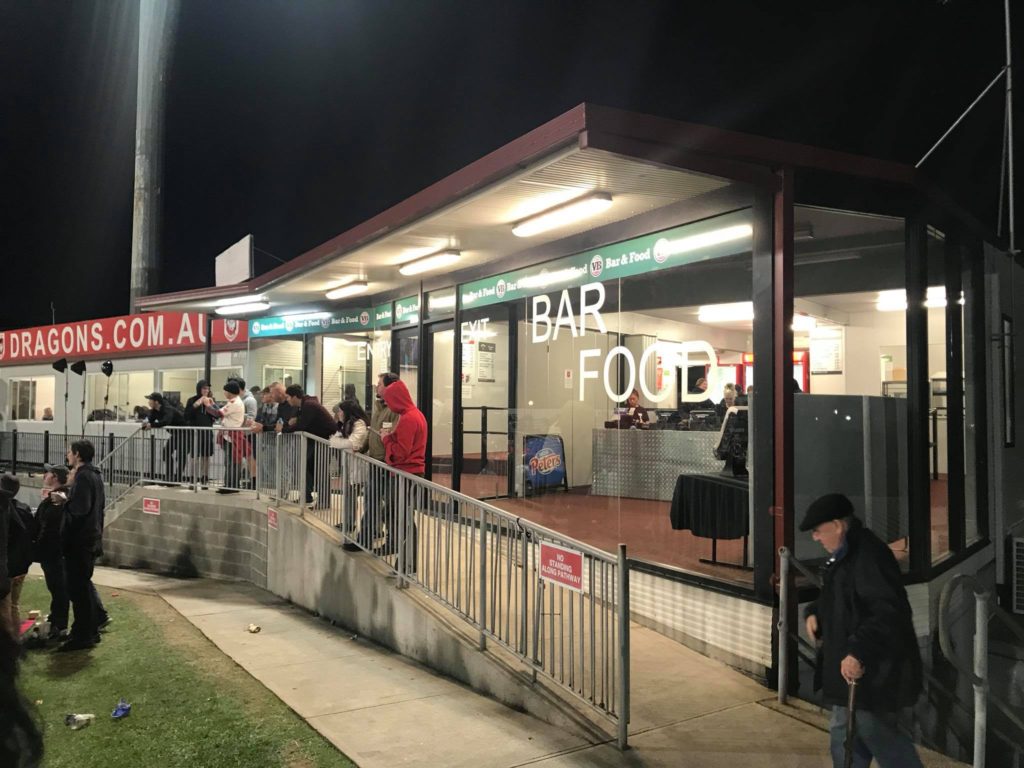 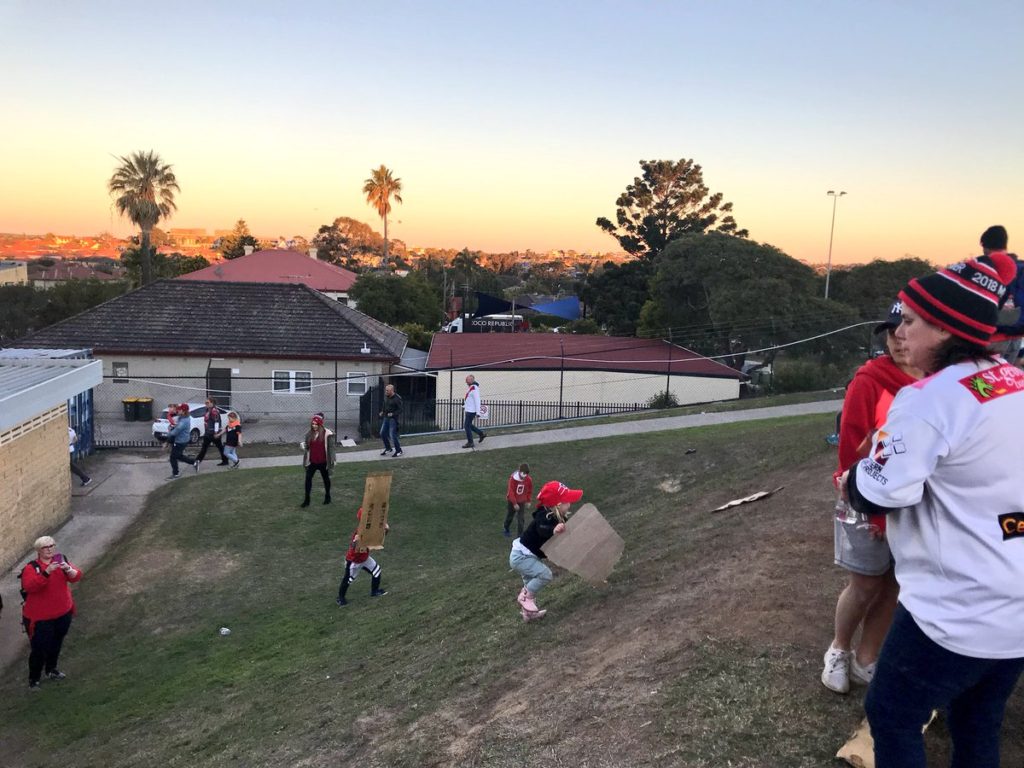 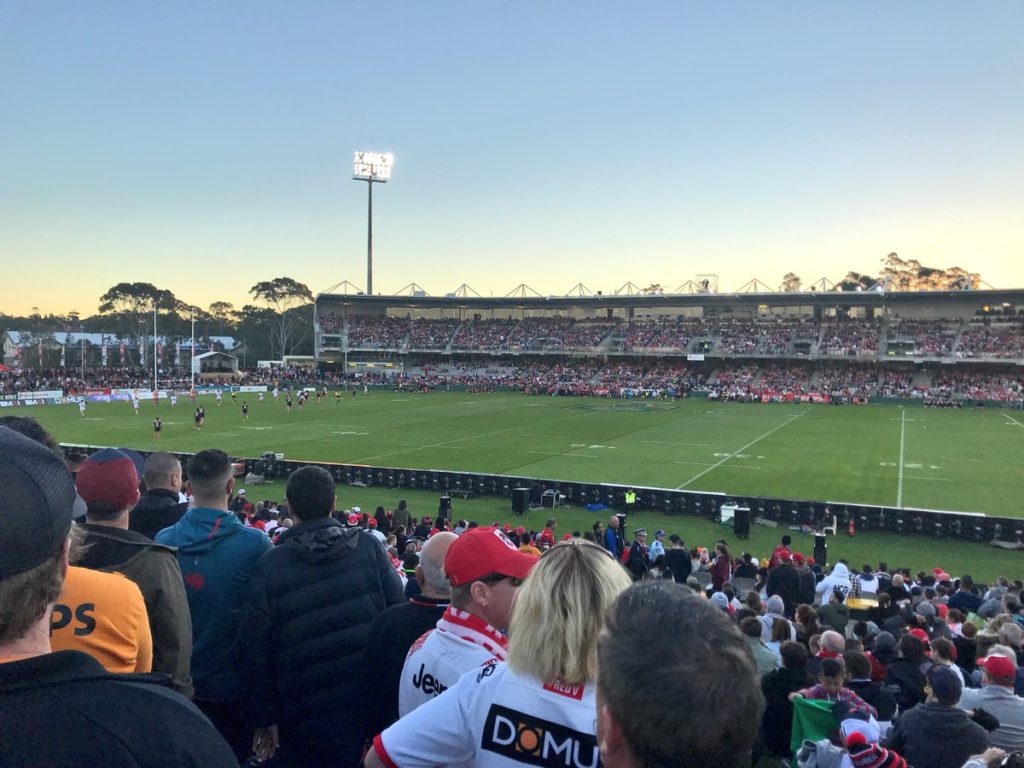 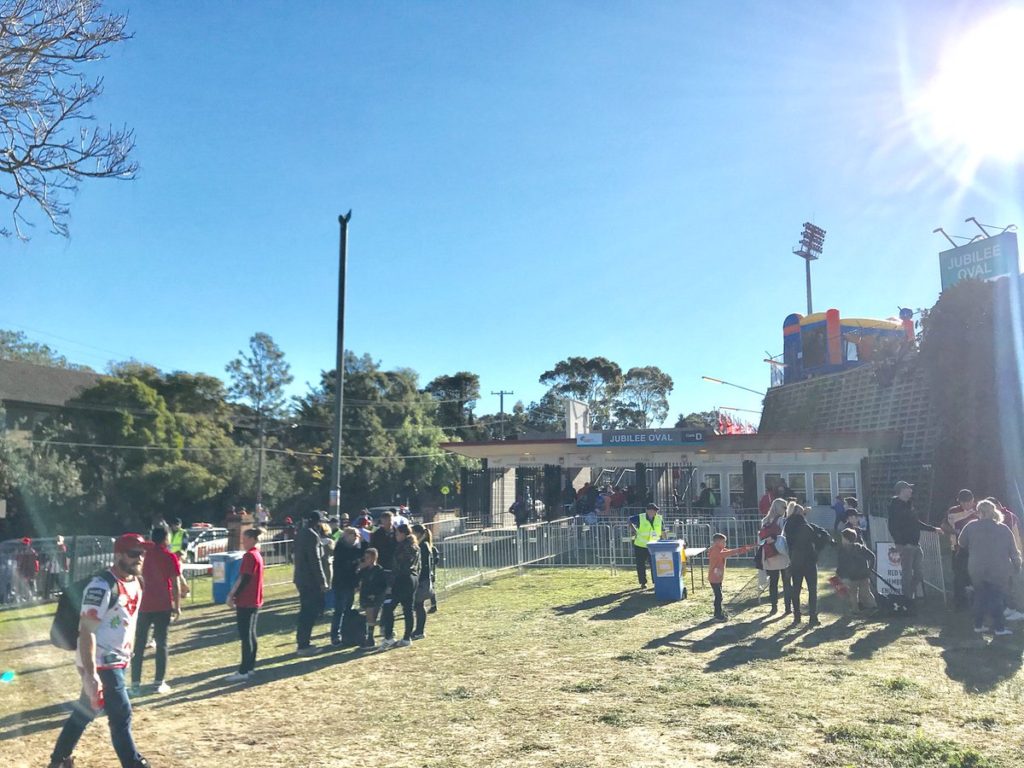 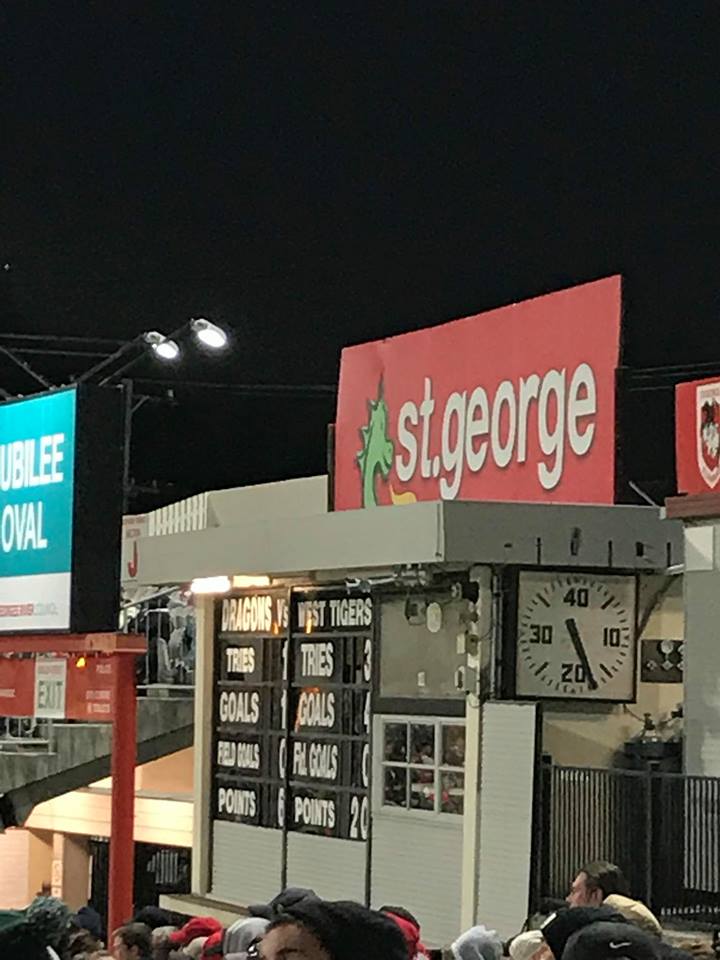 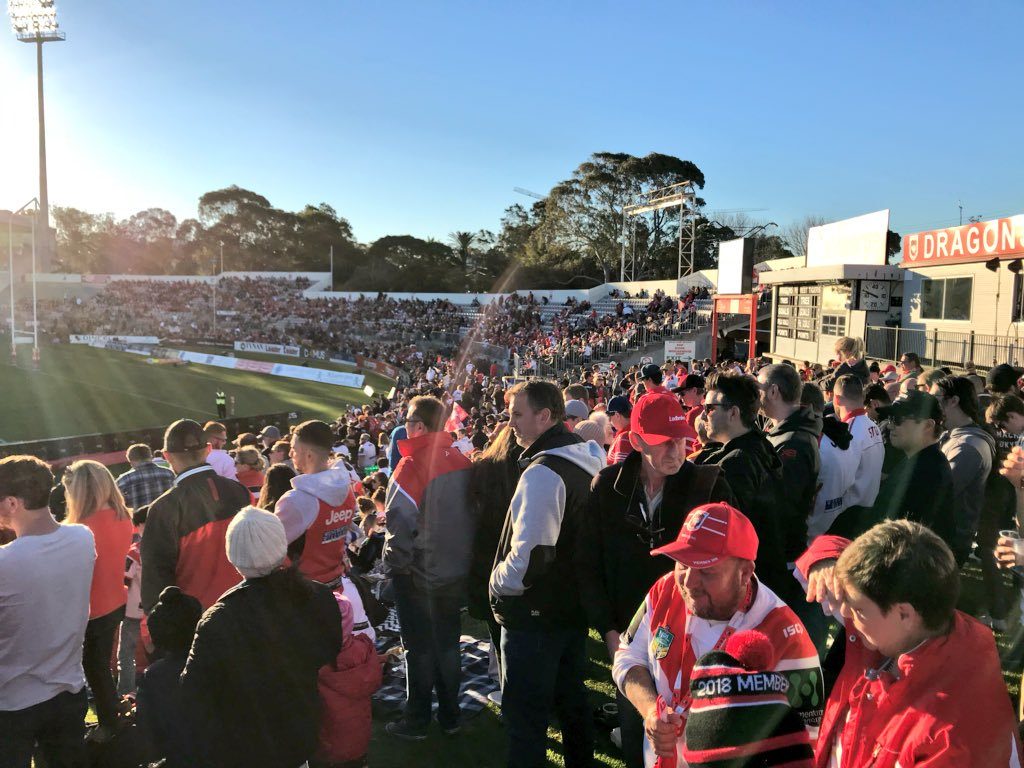 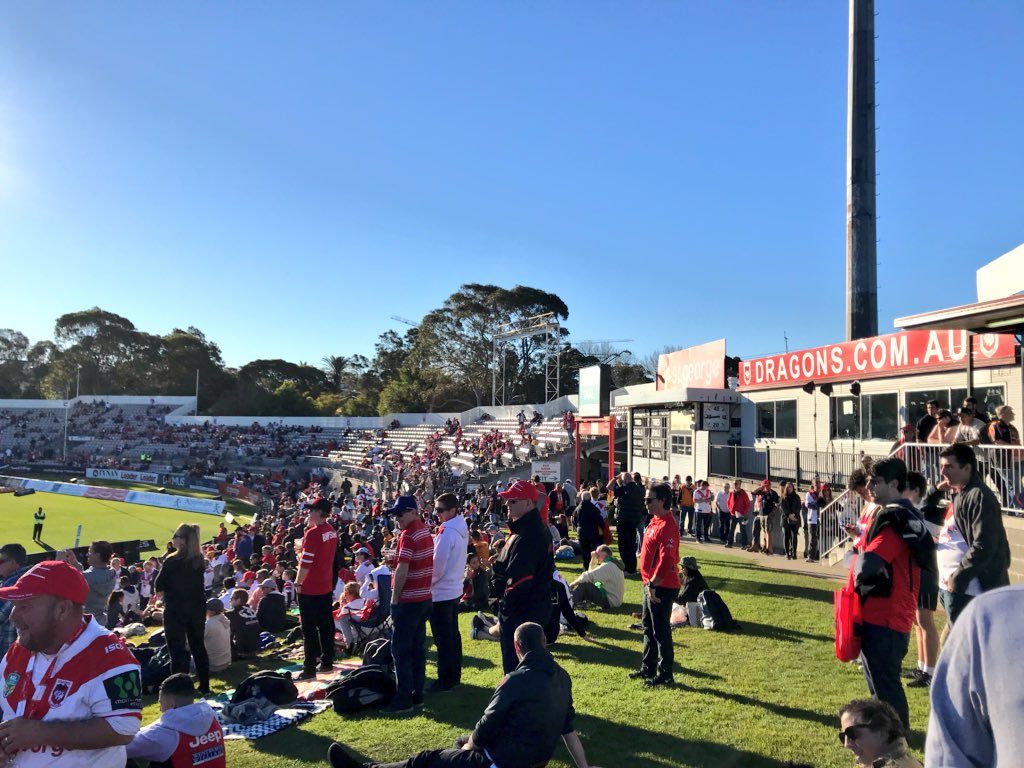 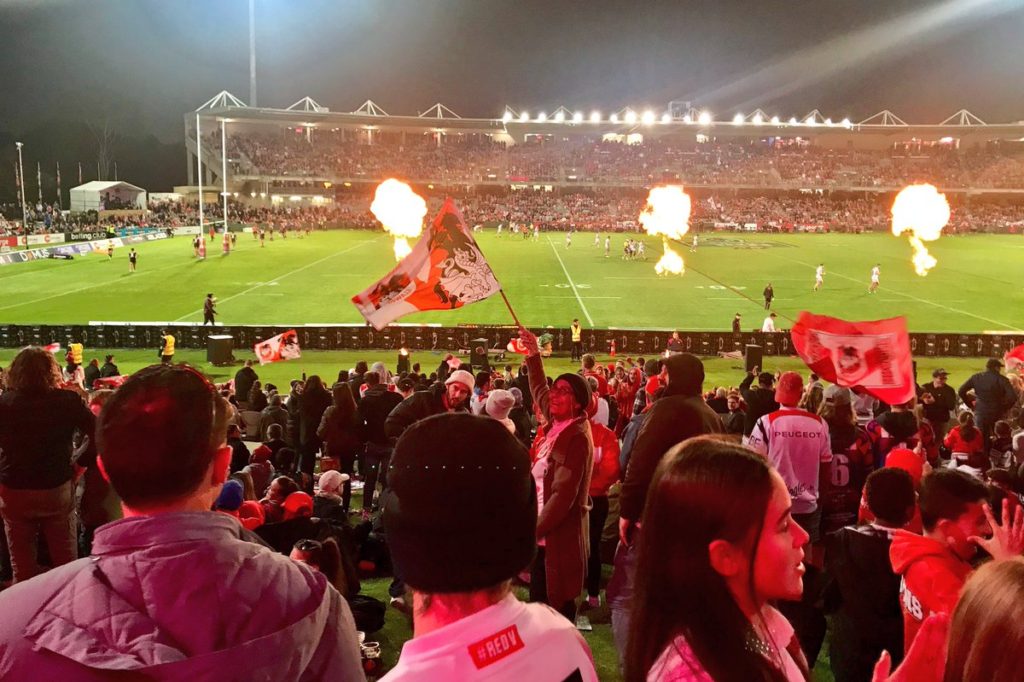 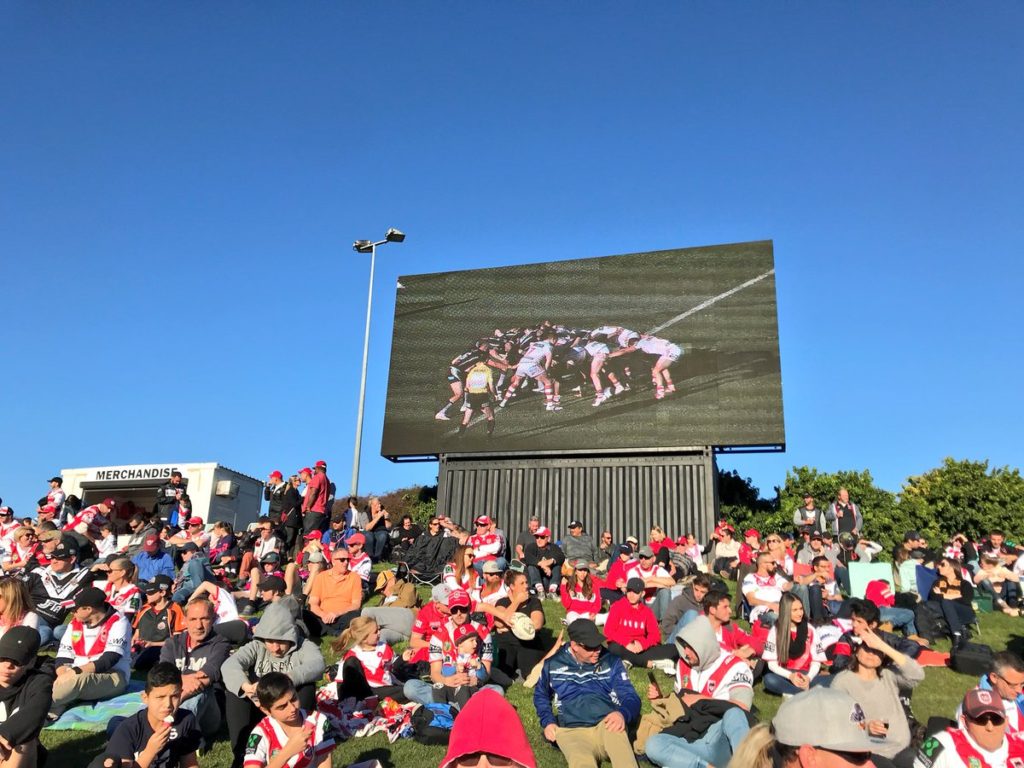 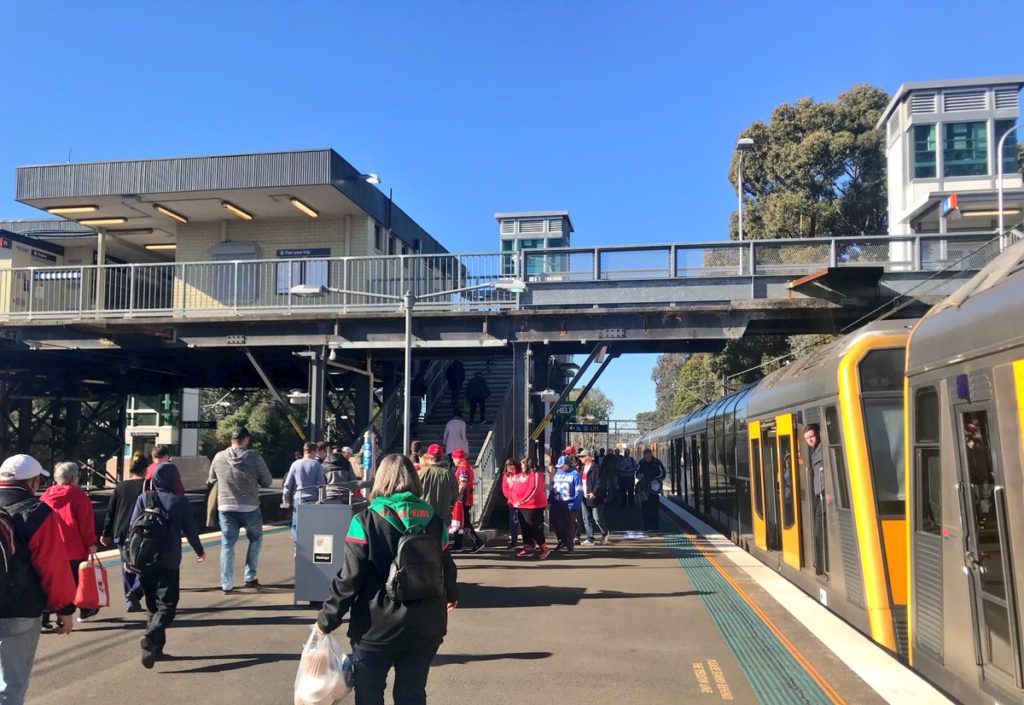