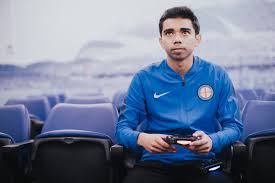 “I started playing FIFA 2006 when I was nine, and I never could have imagined that the game would be where it is today, or that I would be signing a professional eSports contract with a club like Melbourne City,” Gomes said in a statement.”

“I have followed City for the last few years and I am really looking forward to wearing the City blue shirt at this year’s tournaments.”

It will be intriguing to see what fan engagement gaming type events Melbourne City also have in mind for the new signing with gaming competitions and experiences with club members a possible idea down the track.

On this, the CEO of Melbourne City Scott Munn also added in a statement: “We know that many of our younger fans are playing eSports regularly, and interest in the industry is growing in Australia and globally. With 16 million people playing FIFA worldwide, and the competitive FIFA scene taking shape, it is the right time for Melbourne City to move in to eSports.

“We see a huge amount of potential and ambition in Marcus. He is a huge football fan, has proven success as a player, and is passionate about representing Melbourne City and engaging with our fans.”

The rise of esports continues to build within the Australian sports business with Melbourne City becoming just the third team to sign an esports player or team after the AFL’s Adelaide Crows bought out the Legacy esports team and South Melbourne FC signed player Peter Saisanas. Furthermore with both esports team and player salaries rising sharply, the proliferation of gaming tournaments and the arrival of city-based leagues and new esports gaming bars across the country, the esports industry in Australia continues to go from strength to strength.