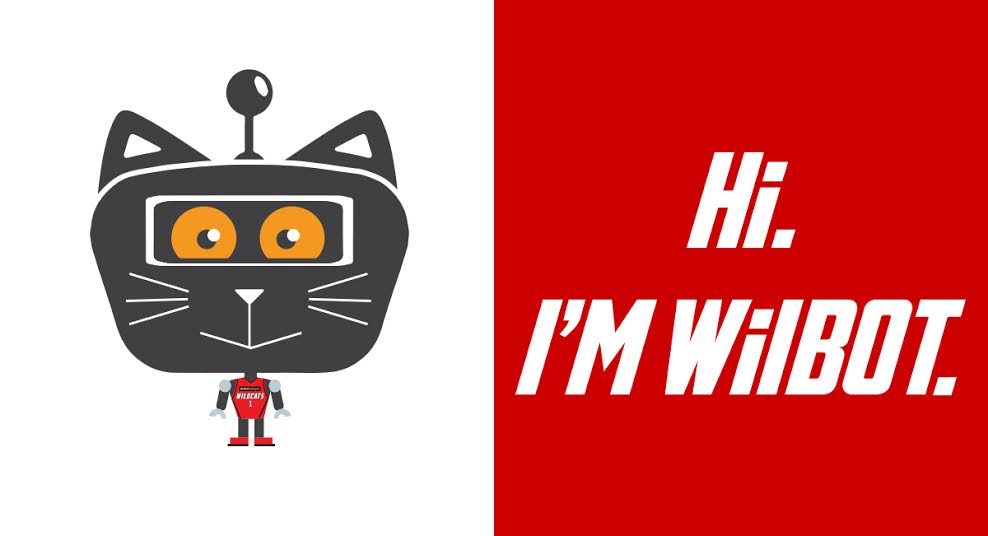 Artificial intelligence chatbots are one area where technology continues to evolve rapidly within the sports business. Entering this space is the Perth Wildcats basketball club — the first National Basketball League team in Australia to launch a chatbot with the addition of its newest recruit, Wilbot, which is aiming to engage and build stronger relationships with the clubs fans through Facebook Messenger.

The current NBL champions are encouraging fans to engage with Wilbot and ask him questions in Facebook Messenger as well as to sign up for occasional updates so that he can keep fans in the loop on important Wildcats and NBL news.

Fans are able to access Wilbot by clicking on the message tab in the Wildcats Facebook page and then either selecting an option such as merchandise, news and memberships or simply asking a question of their own. For example, asking Wilbot how many NBL championships the Wildcats had won generates an instant reply.

Once launched, the Wildcats digital team wanted to be able to get users to opt-in to receive messages from Wilbot without initiating the conversation so they announced that their next new player signing would be announced via Wilbot to those who had opted-in for updates. The team created a tutorial video before making the announcement, which led to a big spike in conversations and reachable users while also being a really cool and personal way to communicate with fans.

The club intends to find further incentives to get people to talk to Wilbot and opt in for updates soon with the goal being to add more users to the database and make it even more useful to our fans.

“I noticed big, global brands had started to utilise Messenger bots and my original plan was to set one up with the simple objective to redirect fans to the relevant page on our club’s website, to help assist them,” Wildcats media manager Wade Dobson said. “Once I discovered how easy it was to do that, I realised the potential to develop a fun, efficient customer service tool that could engage with fans in the confident and cheeky Perth Wildcats voice.

“Wilbot is a big Perth Wildcats fan, and he’ll do whatever he can to help out fellow members of the Red Army! He’s fun, doesn’t mind a joke, and every now and then receives some exclusive news to share with other Messenger users.

“We’re proud to say Wilbot is among the first chatbot’s to be developed by a sporting club in Australia. We believe the potential engagement is limitless — we’ve really only scraped the surface with what he can be used to achieve. We hope our fans enjoy interacting with him and we look forward to seeing his intelligence increase with the number of conversations he’s having!’

With messaging platforms having recently overtaken social media networks in monthly active users, there is a huge opportunity now for sporting organizations to be creative with their fan engagement and interact smarter with their fans through the use of these personalized AI chatbots.

With the introduction of Wilbot, the Wildcats have now become just the second professional sporting team in Australia to launch a chatbot after the Melbourne Renegades BBL team successfully launched its fan bot RUBi in 2016.

Global sporting teams such as RCB Challengers (BoldBot) and major events like Wimbledon (Fred) are jumping in to better connect with their fans 24/7.