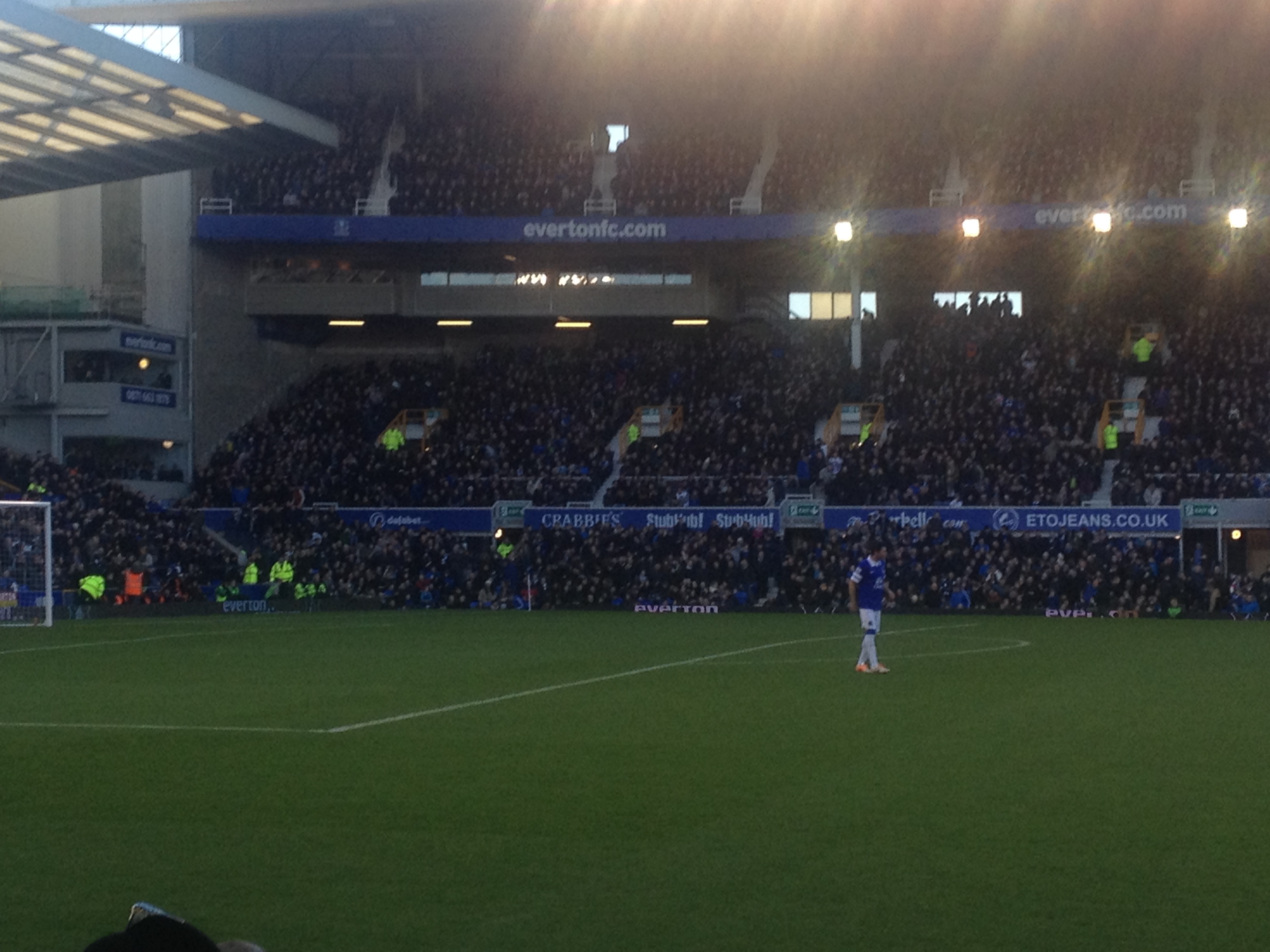 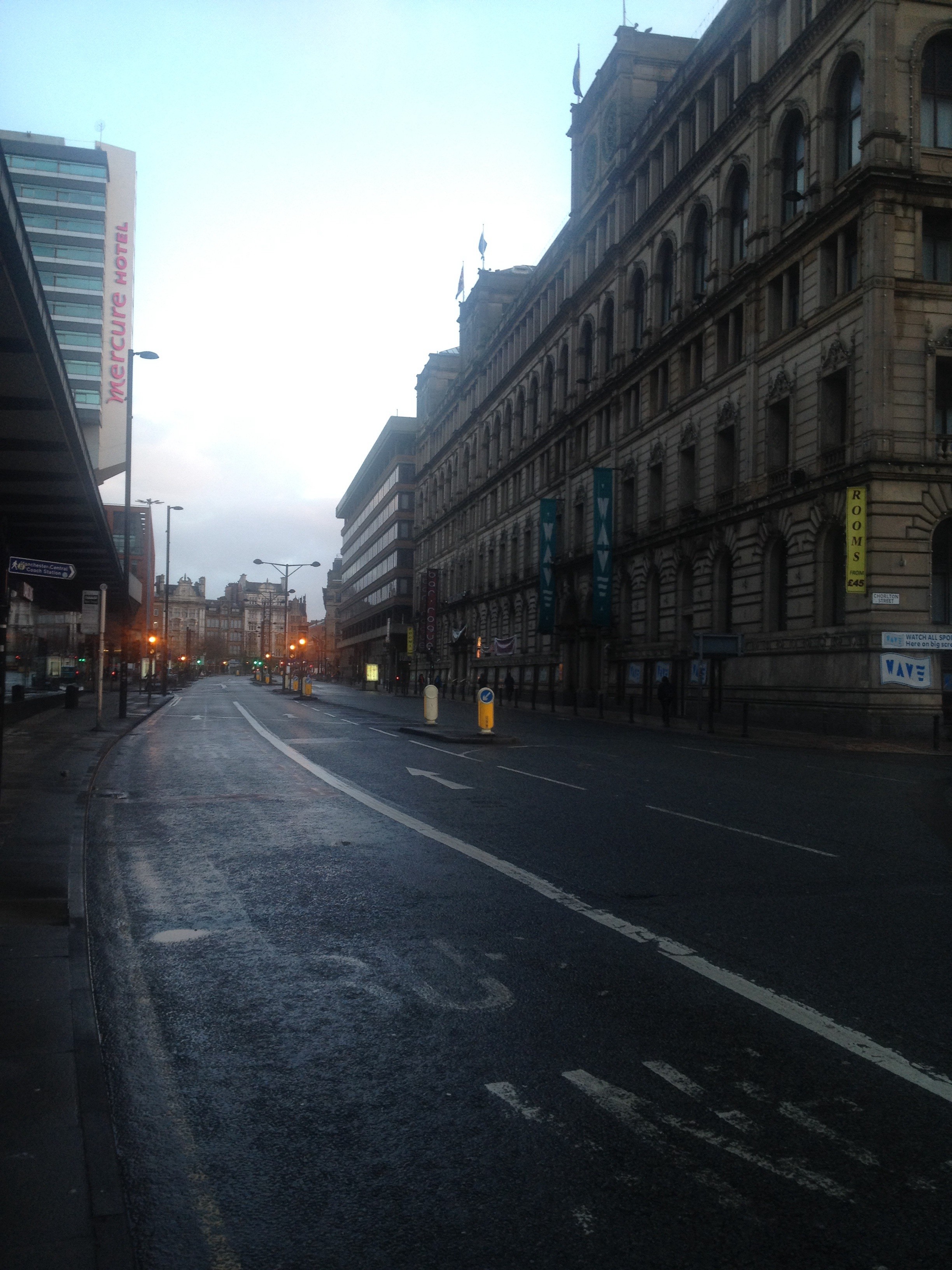 Leaving Manchester on the Sunday 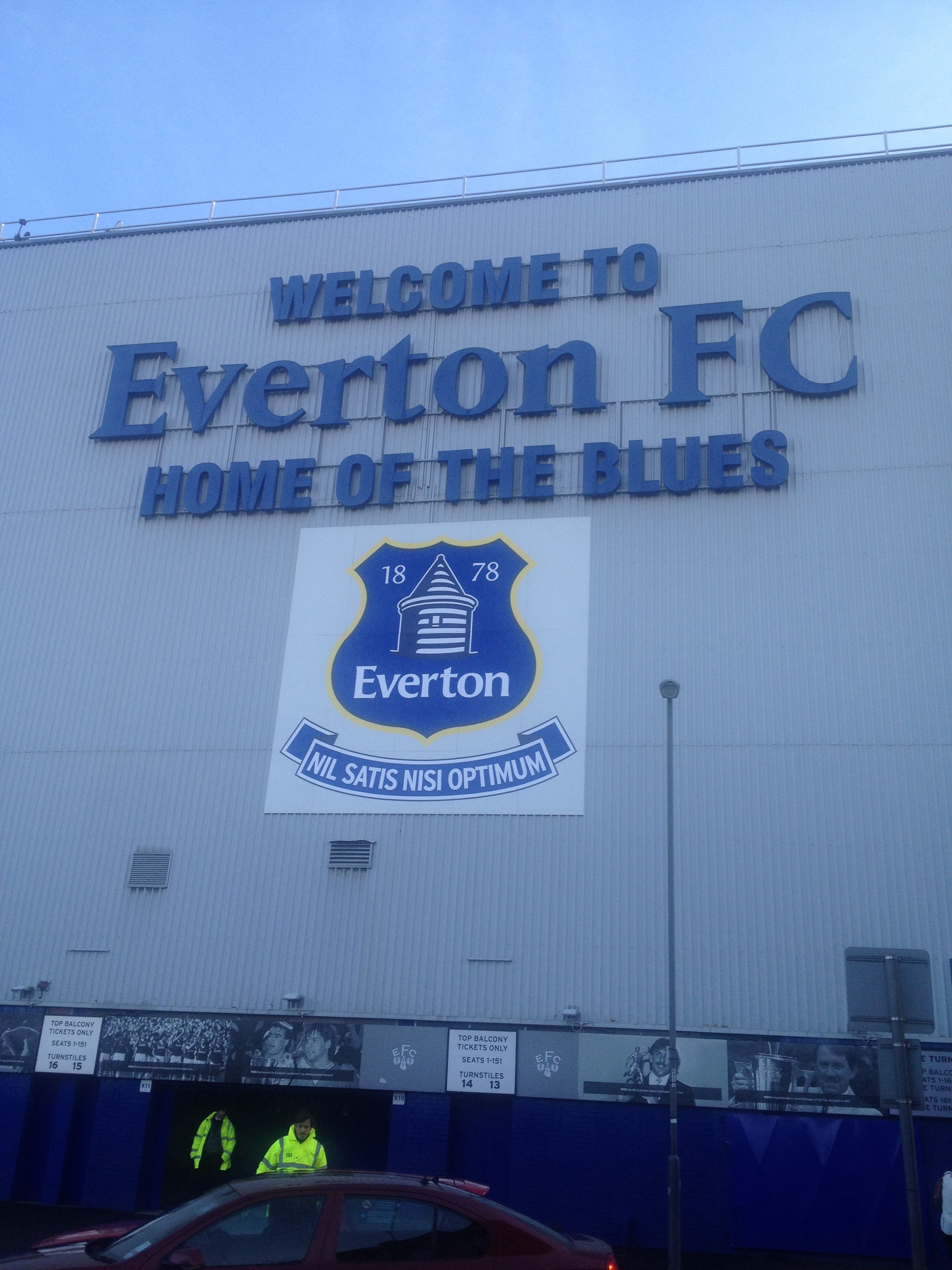 Left the hotel in Manchester at 8am and made my way to Manchester Piccadilly station to get the short £4 train ride into Liverpool Lime Street for my meeting with Everton’s fan engagement support officers and the game against Southampton. 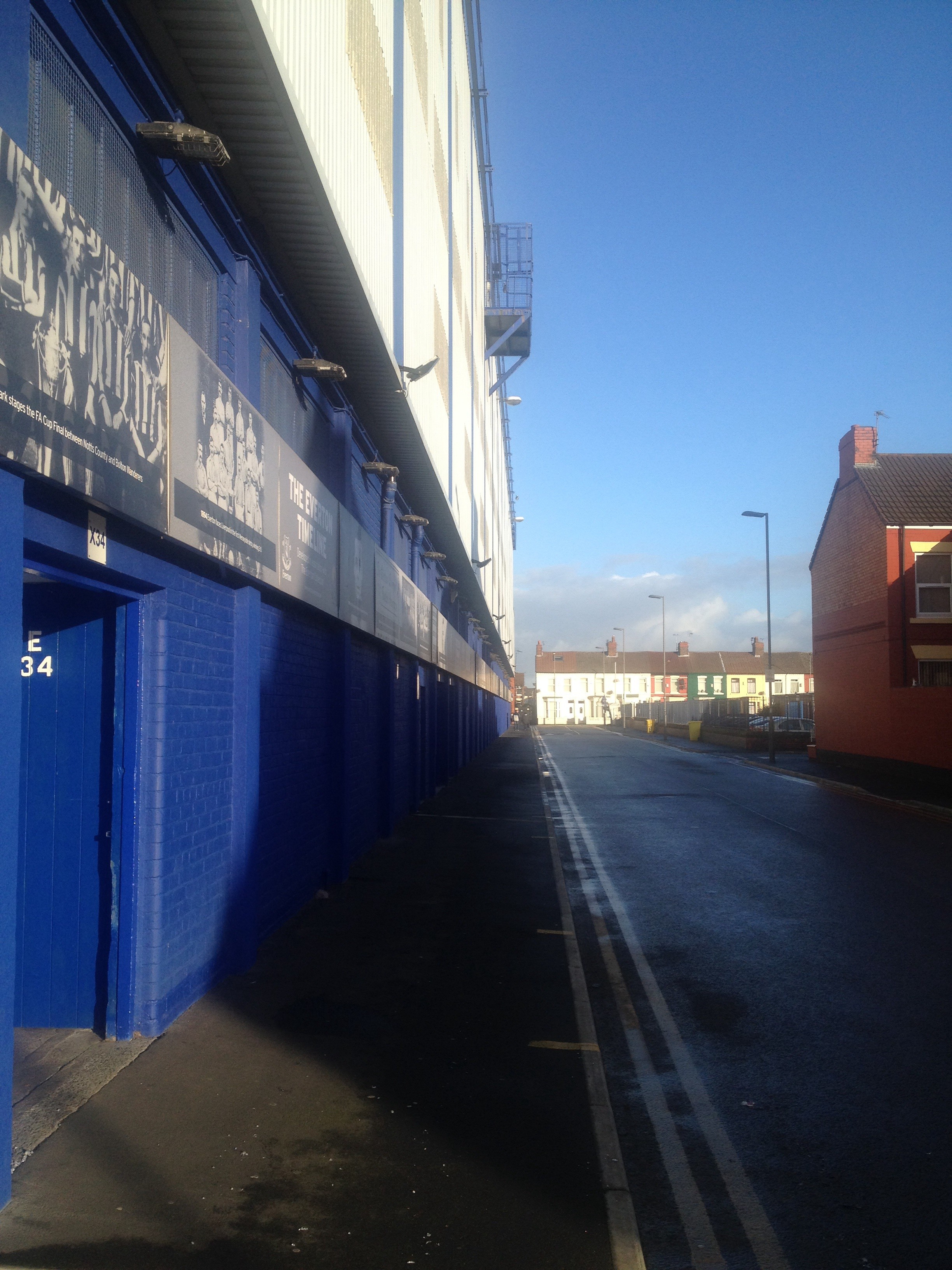 Rolled into Liverpool at 10am and quickly found a bus to take me out to Goodison Park stadium. The bus ride was a nice way to see a city’s back streets on a Sunday morning and soon enough I was out at the stadium entrance. I had a chat with John who runs an official club merch stand at the entrance to the stadium and had a chat about football merch. Hopefully one day we’ll get the multiple badges, scraves and such in the Australian game as well. 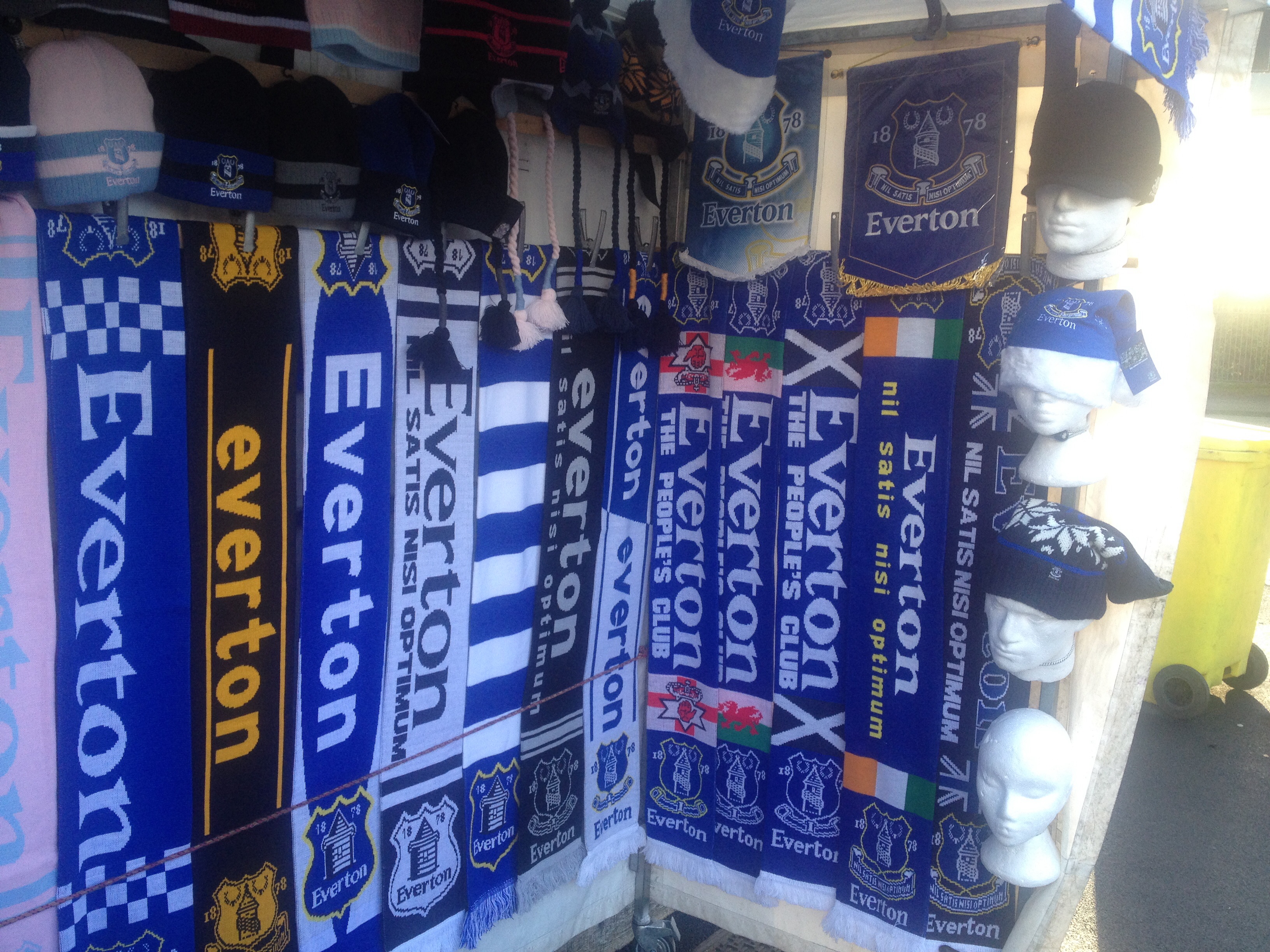 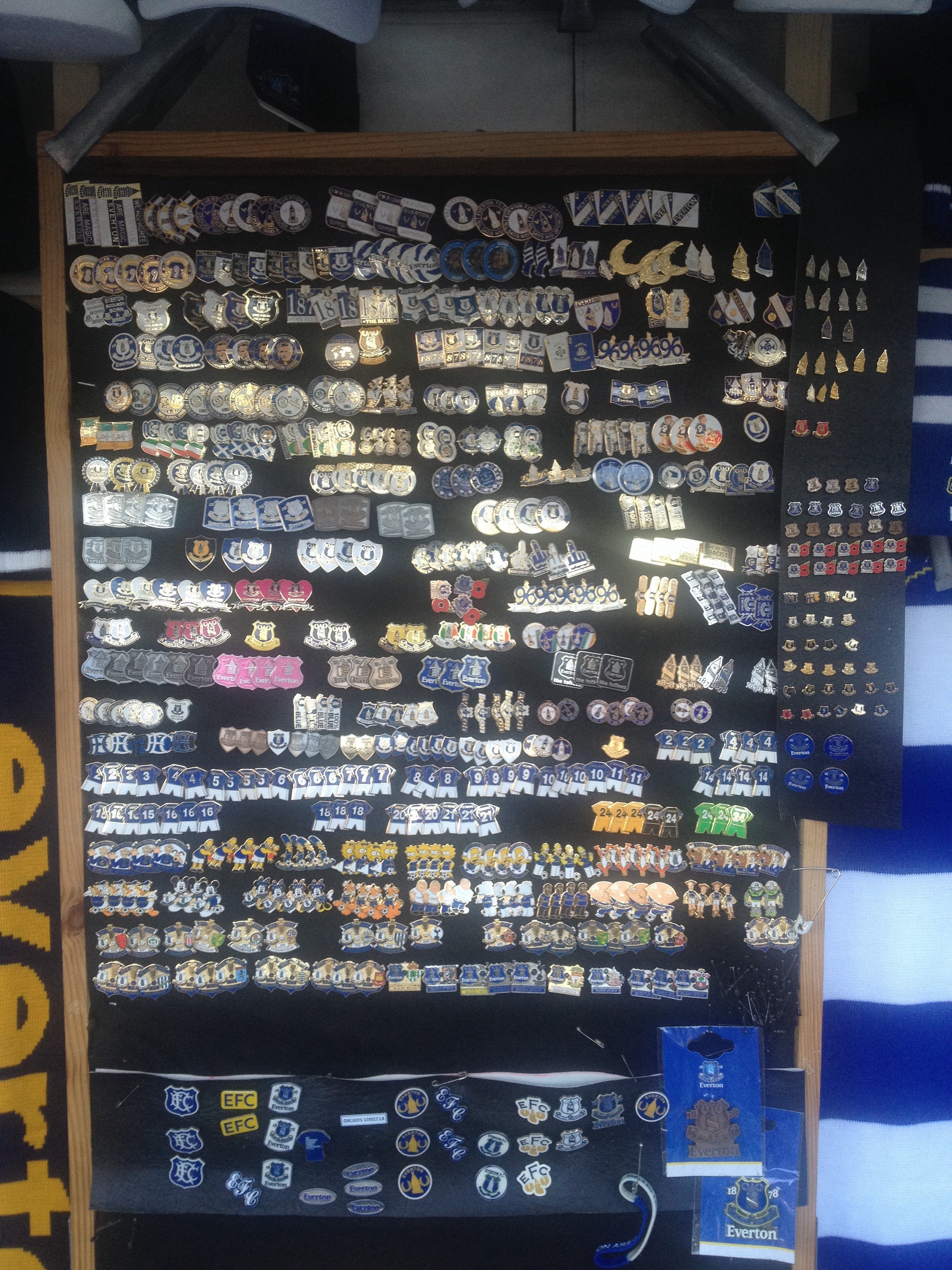 I walked around the stadium a couple of times, taking in the cool Liverpool air and the buzz of a match day atmosphere. It was amazing to see just how close the houses are to the stadium. 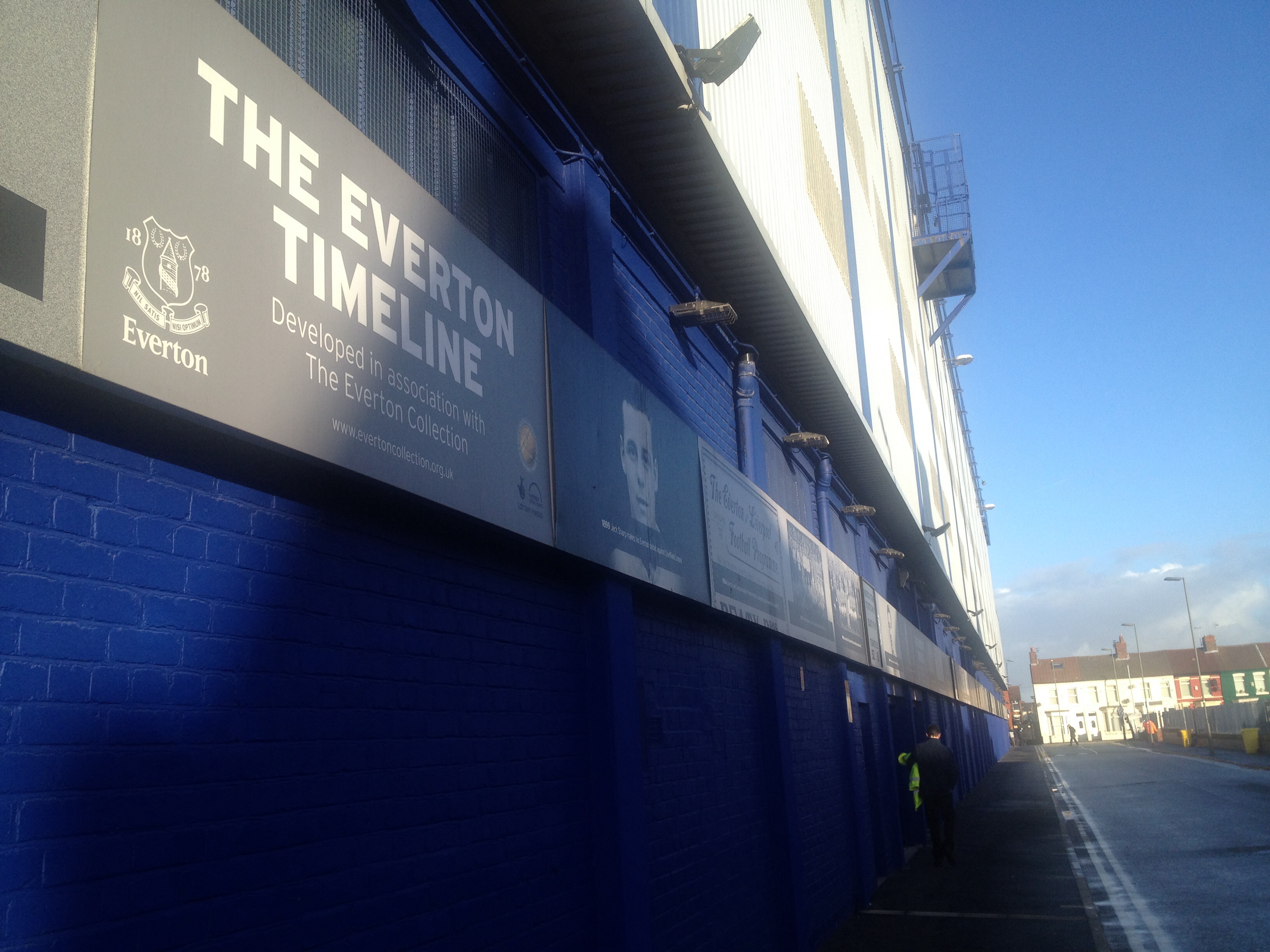 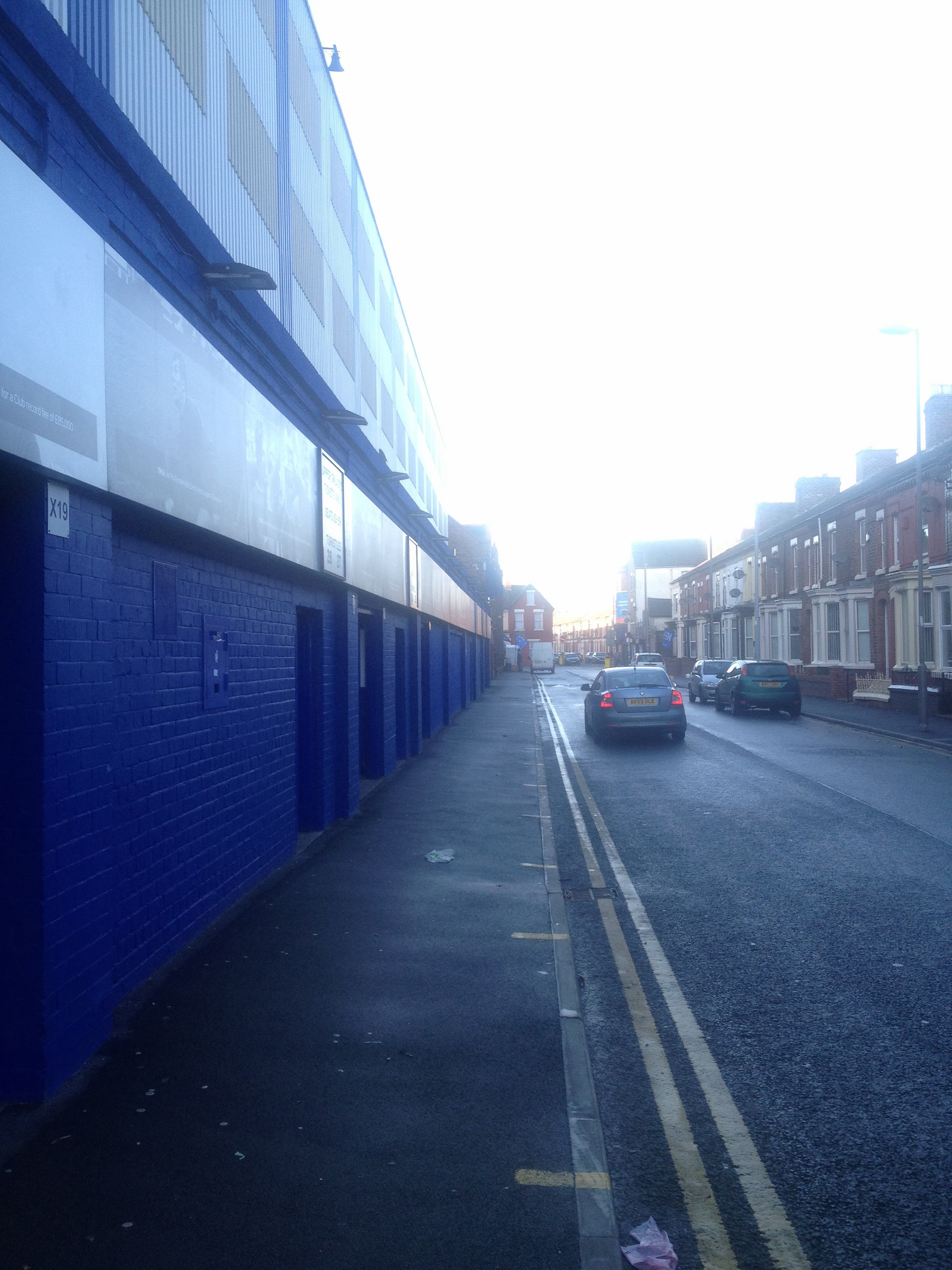 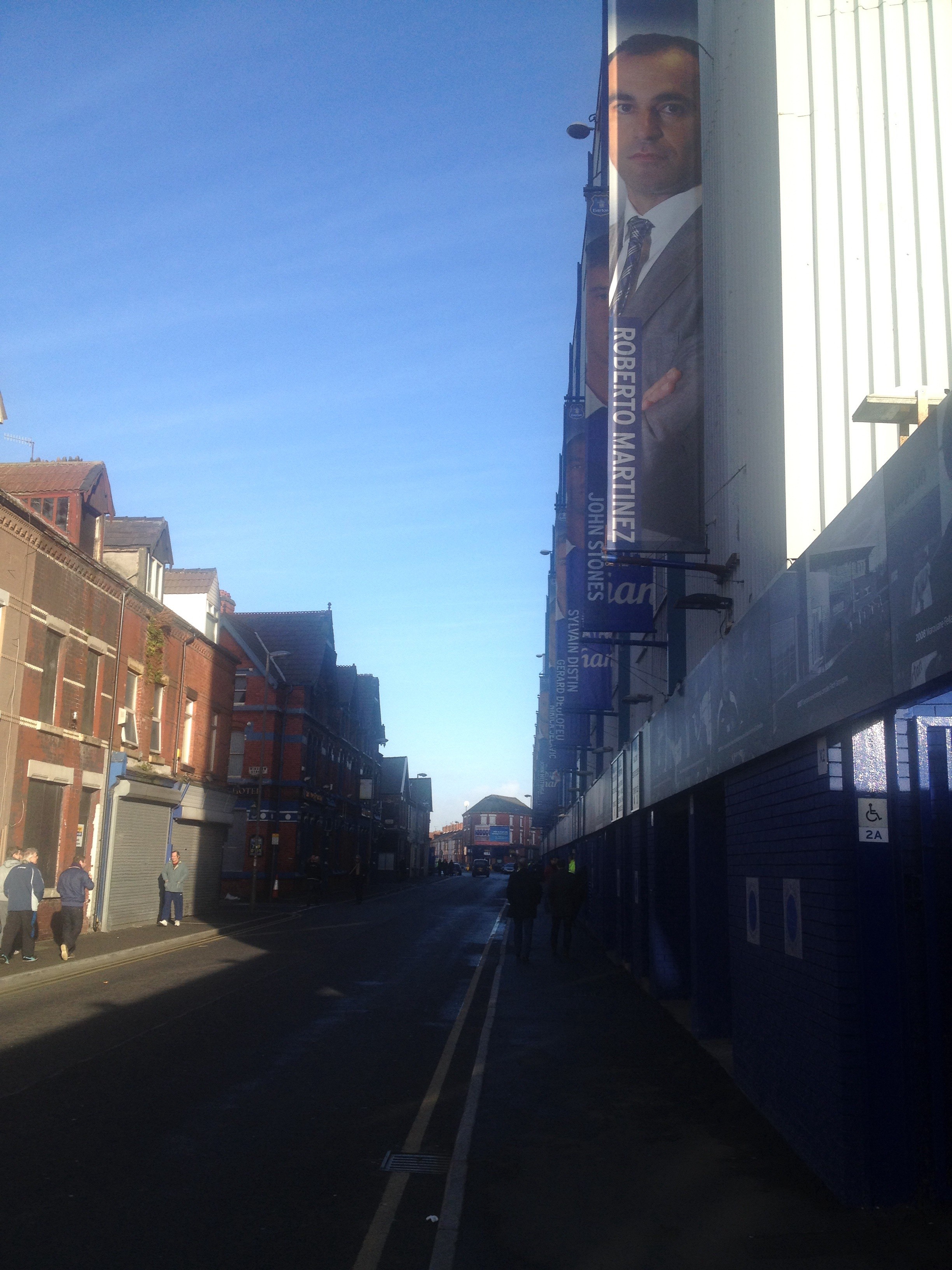 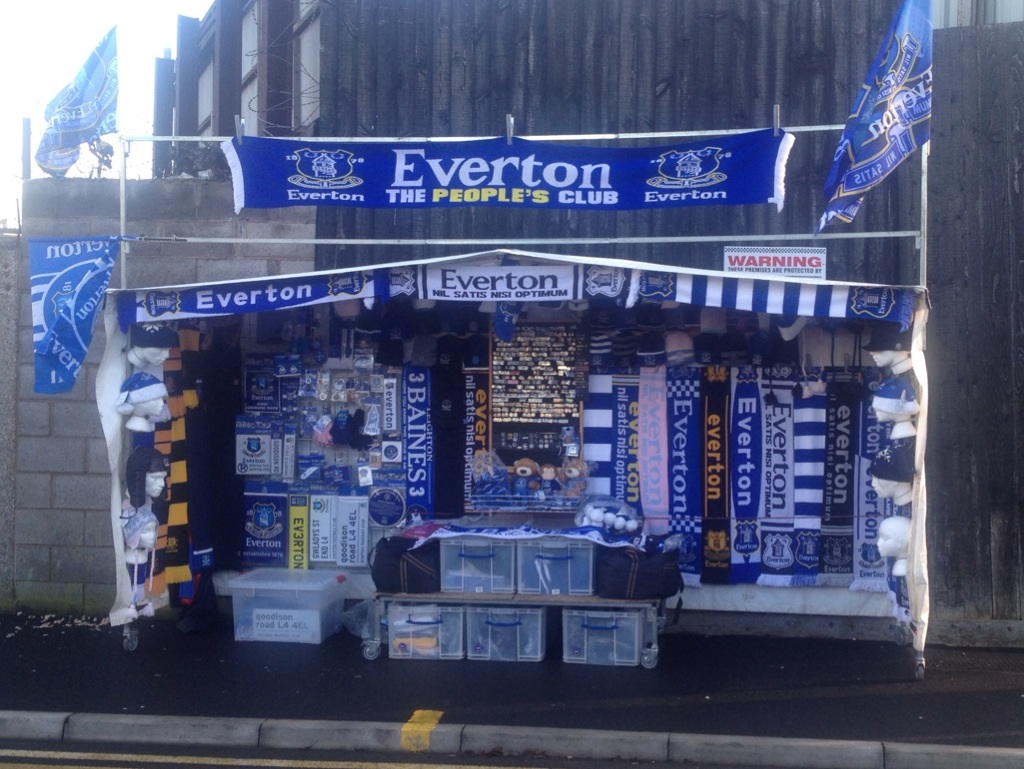 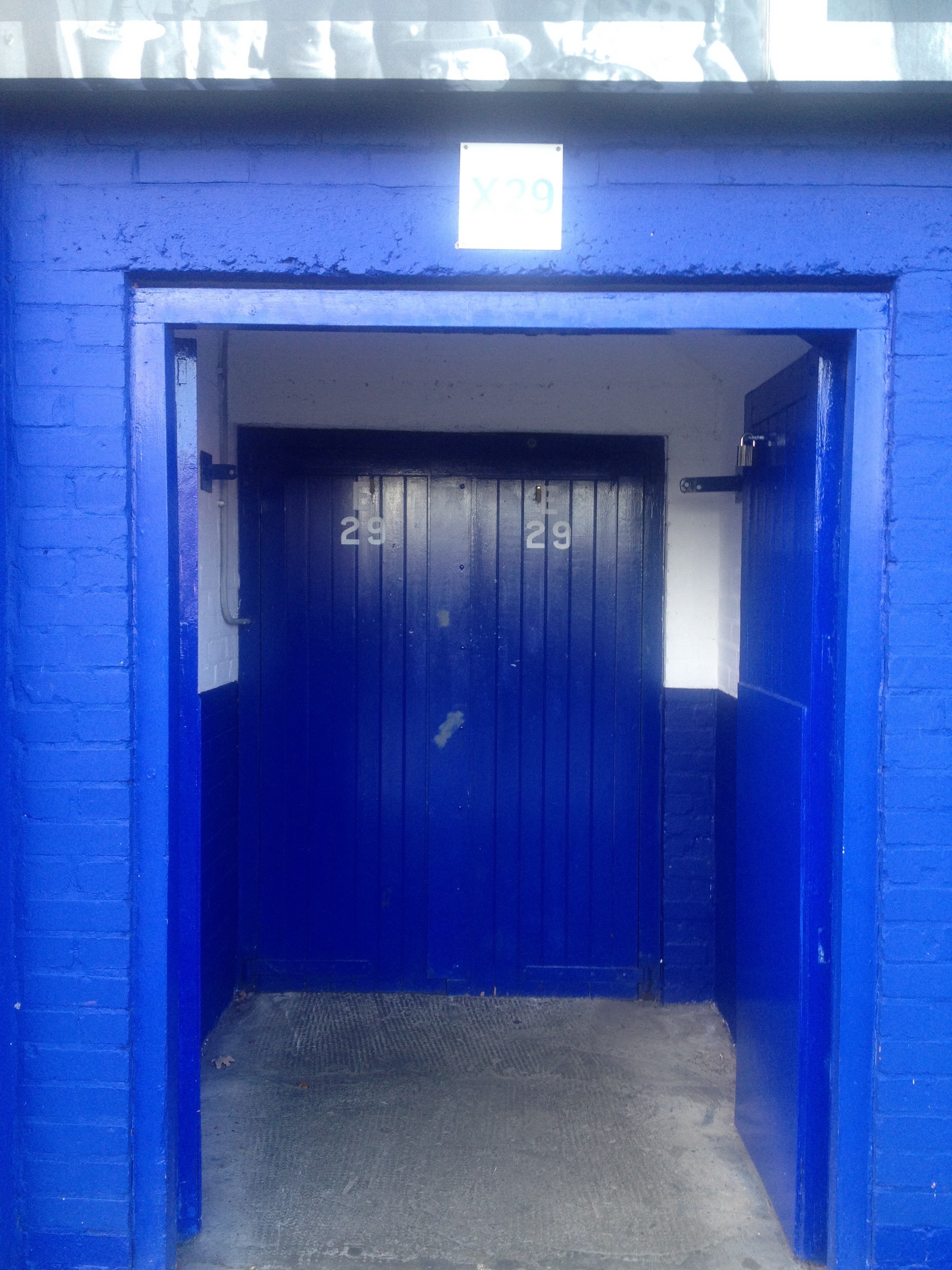 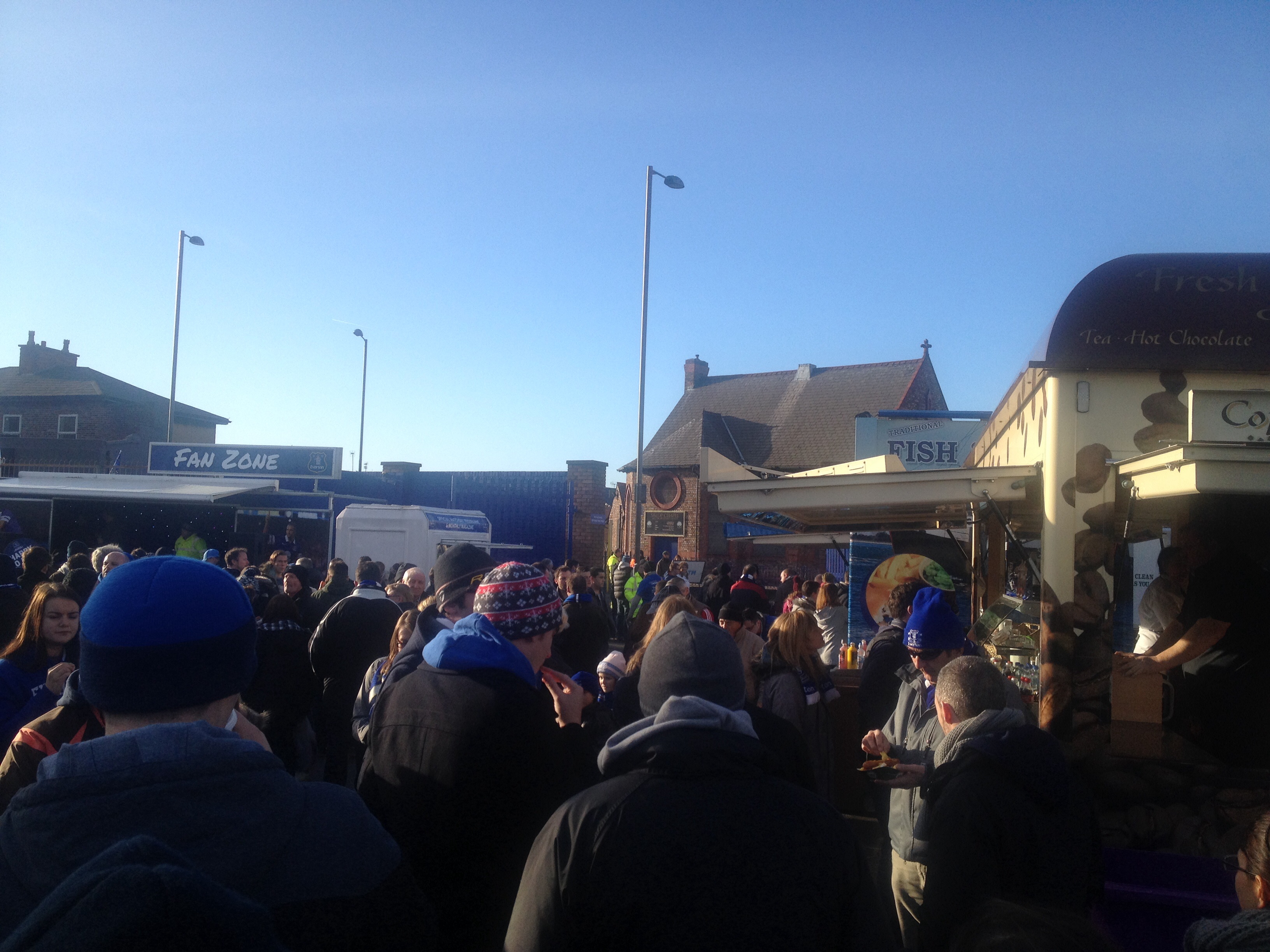 I was taken down into the Everton office by two of the team, Christine and Michelle who gave me such valuable insights into how they facilitate fan engagement. One of the things that struck out here was that often when the team would get emails, the writer would say ‘i don’t expect an email or reply back’ but the Everton team make the effort, go the extra mile and actually enjoy getting in touch with fans to really get back to every fan. 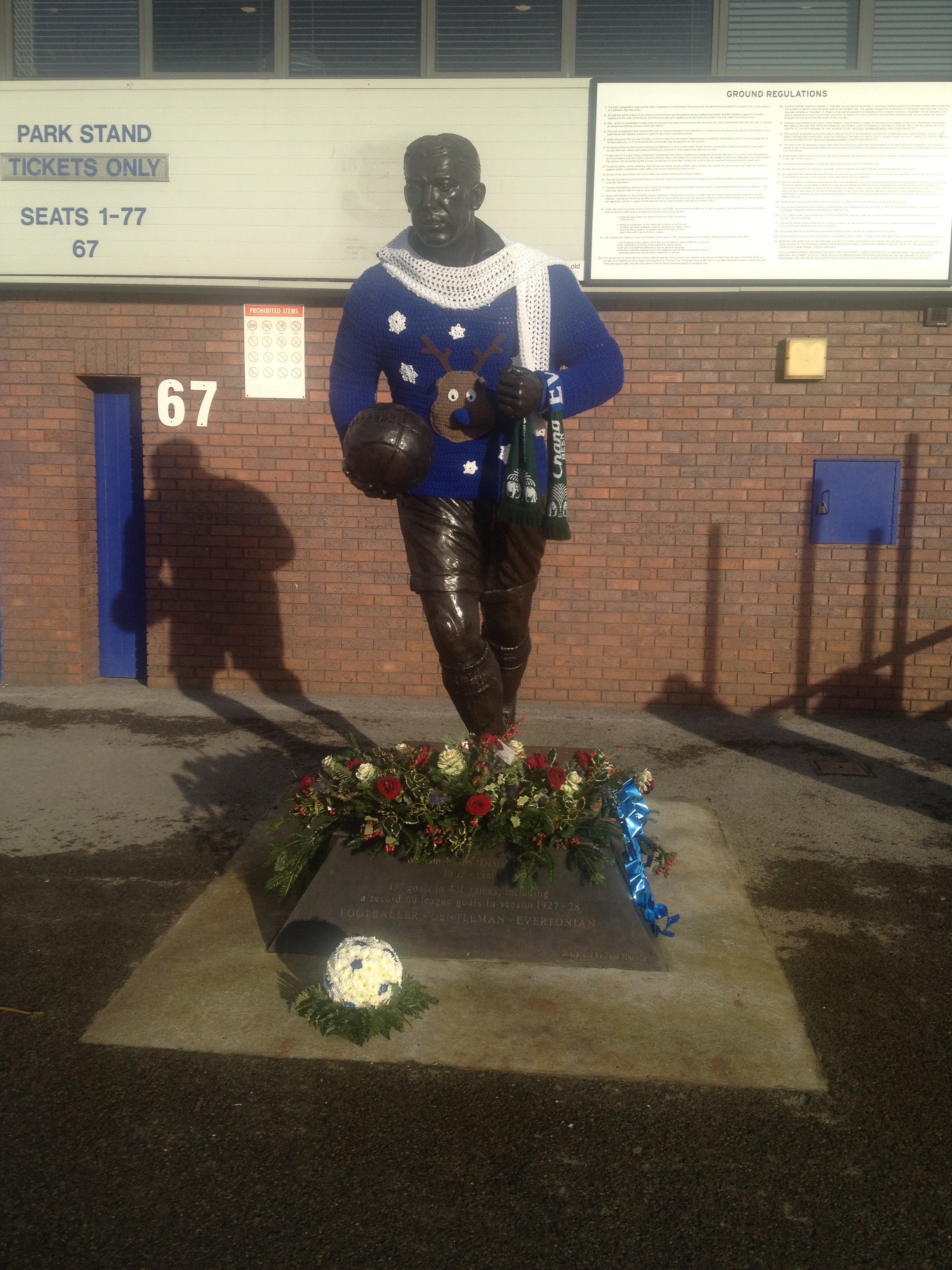 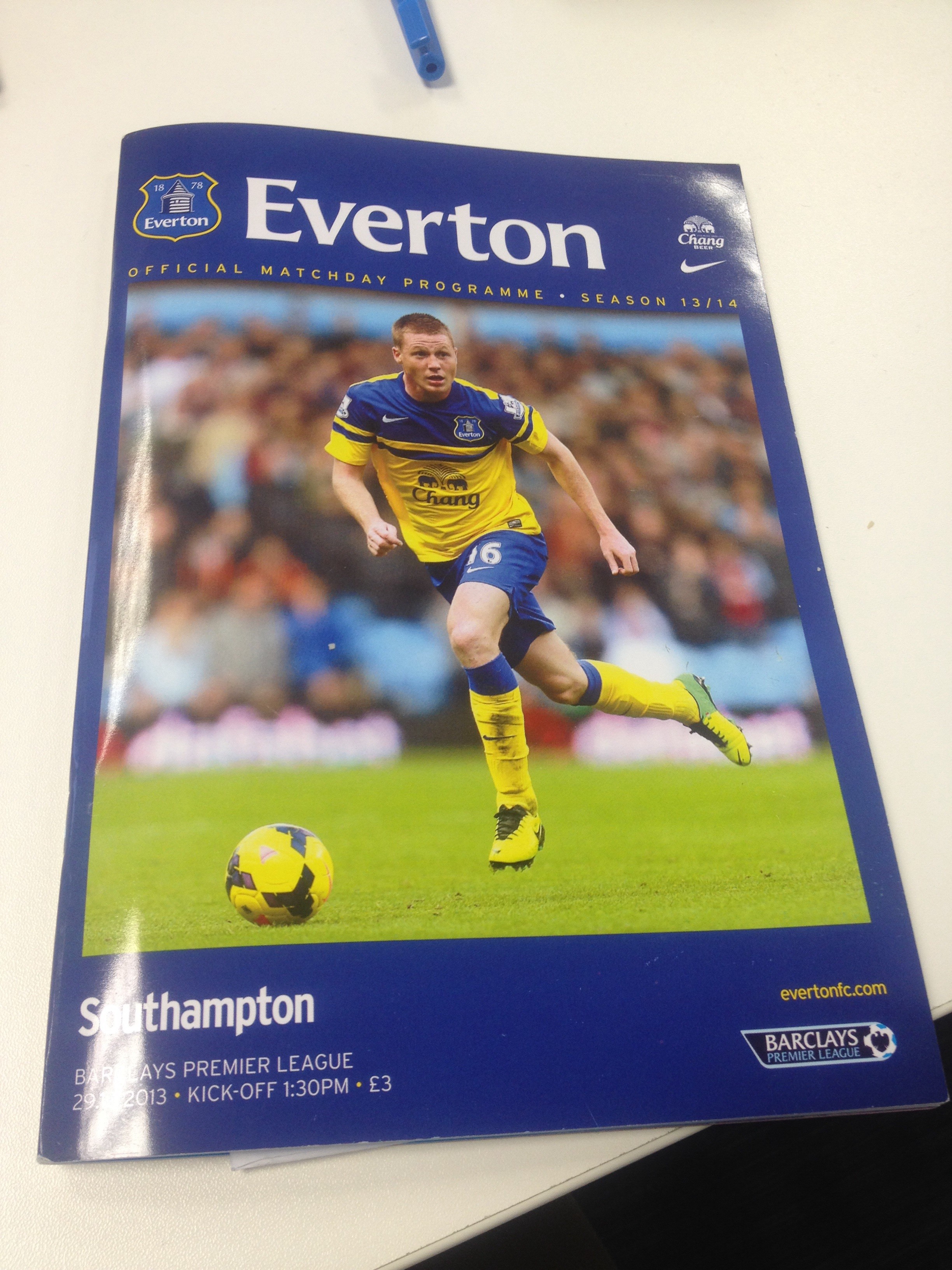 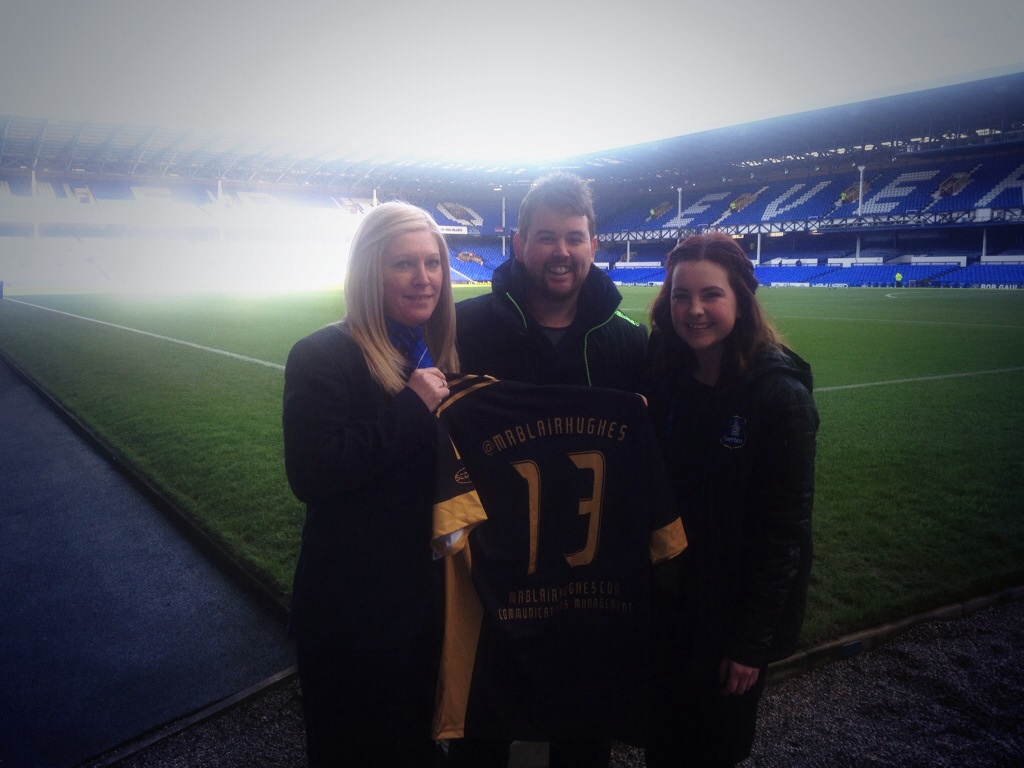 With Michelle and Christine at Goodison Park

The girls and I got our photo taken to add to my football business networking album and then I headed back over to check out the Toffees fan zone which was filled to the brim with people enjoying the day out.
I grabbed a program, entered through the gorgeous old turnstiles and took my seat in the paddock just off the halfway line. I loved seeing the Toffee girl hand out toffee lollies to the crowd as well.
Probably the best take away I got from the meeting was that fan engagement has to be about creating memorable experiences, not just for young kids and the elderly but for other demographics as well.
A great game ensued and Everton ran away 2-1 winners thanks to strikes from Coleman and Lukaku. I really haven’t brought QPR or Southampton much luck on this trip!

Everton using Tagboard and my tweet up on the screen 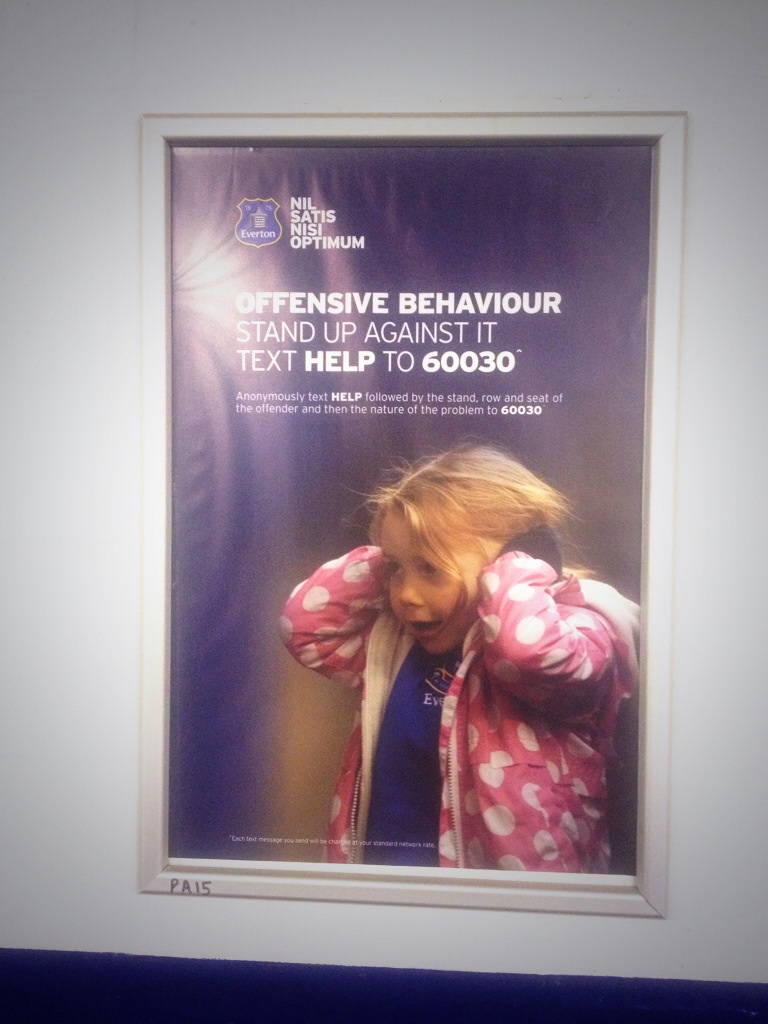 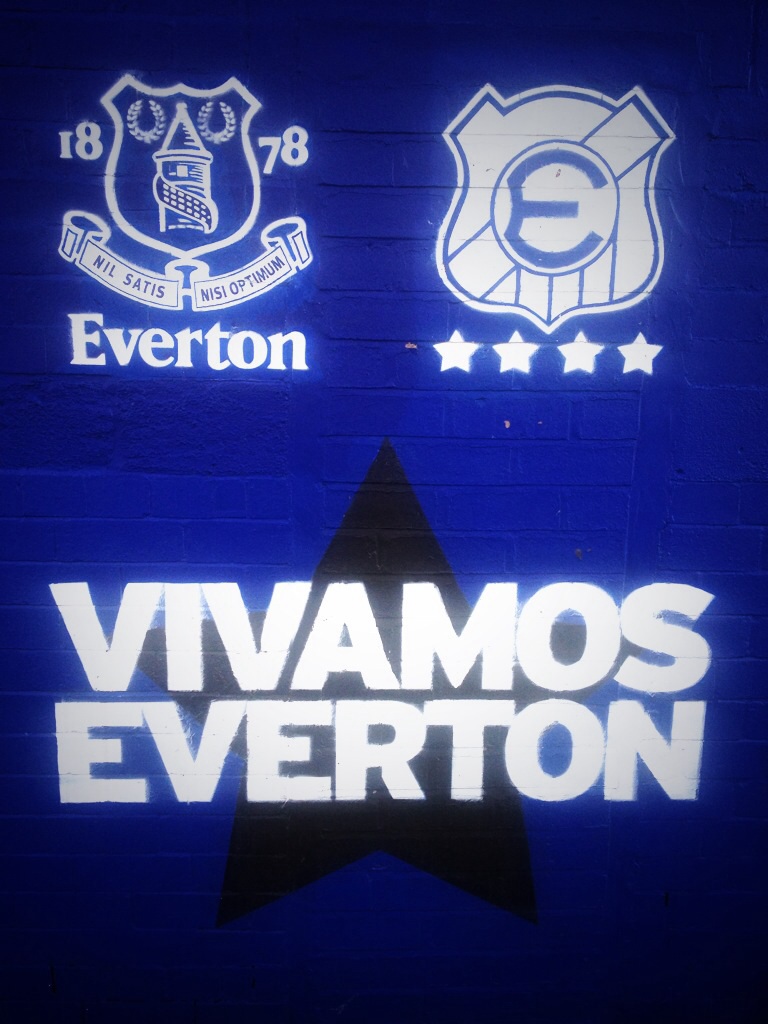 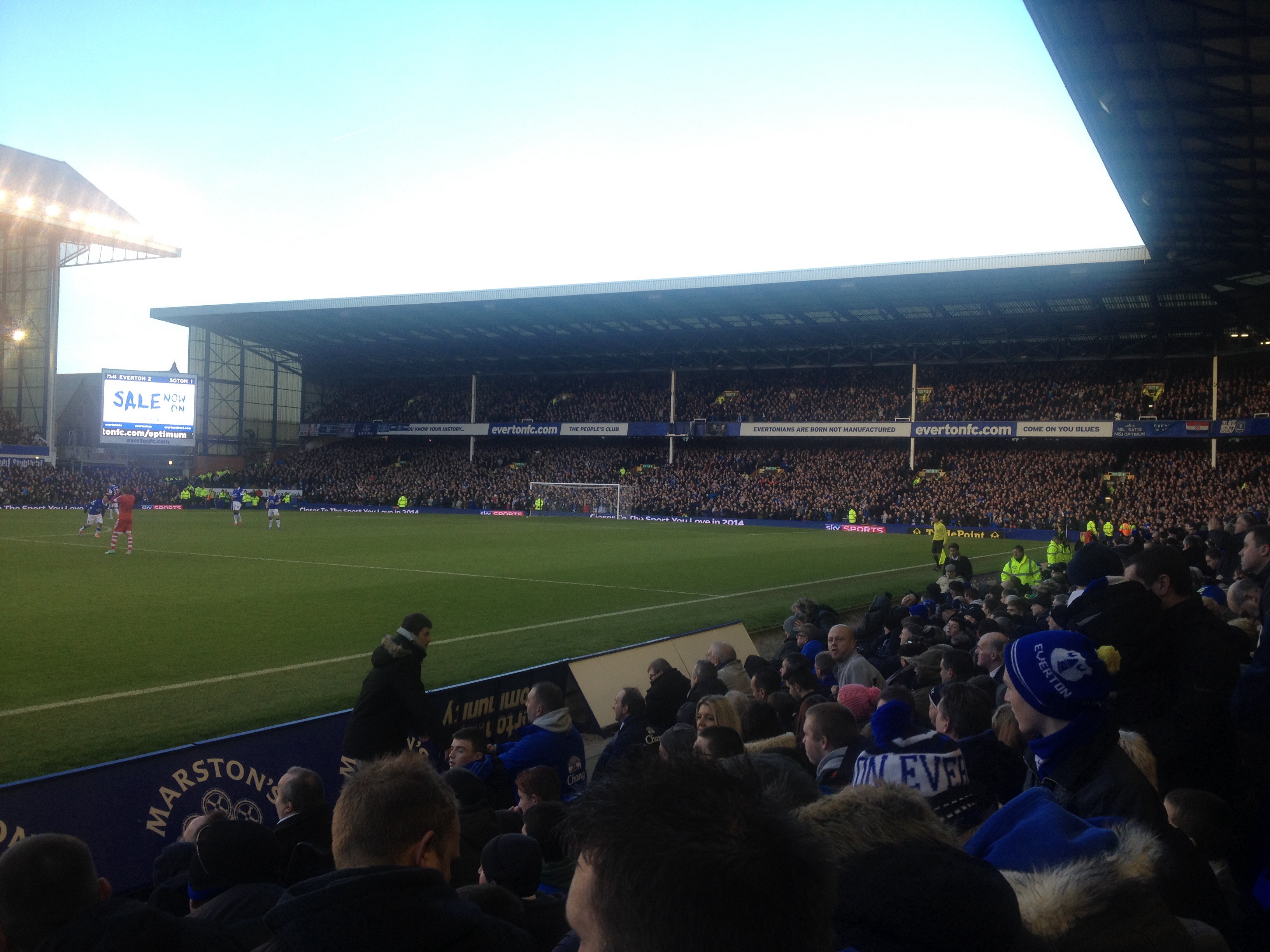 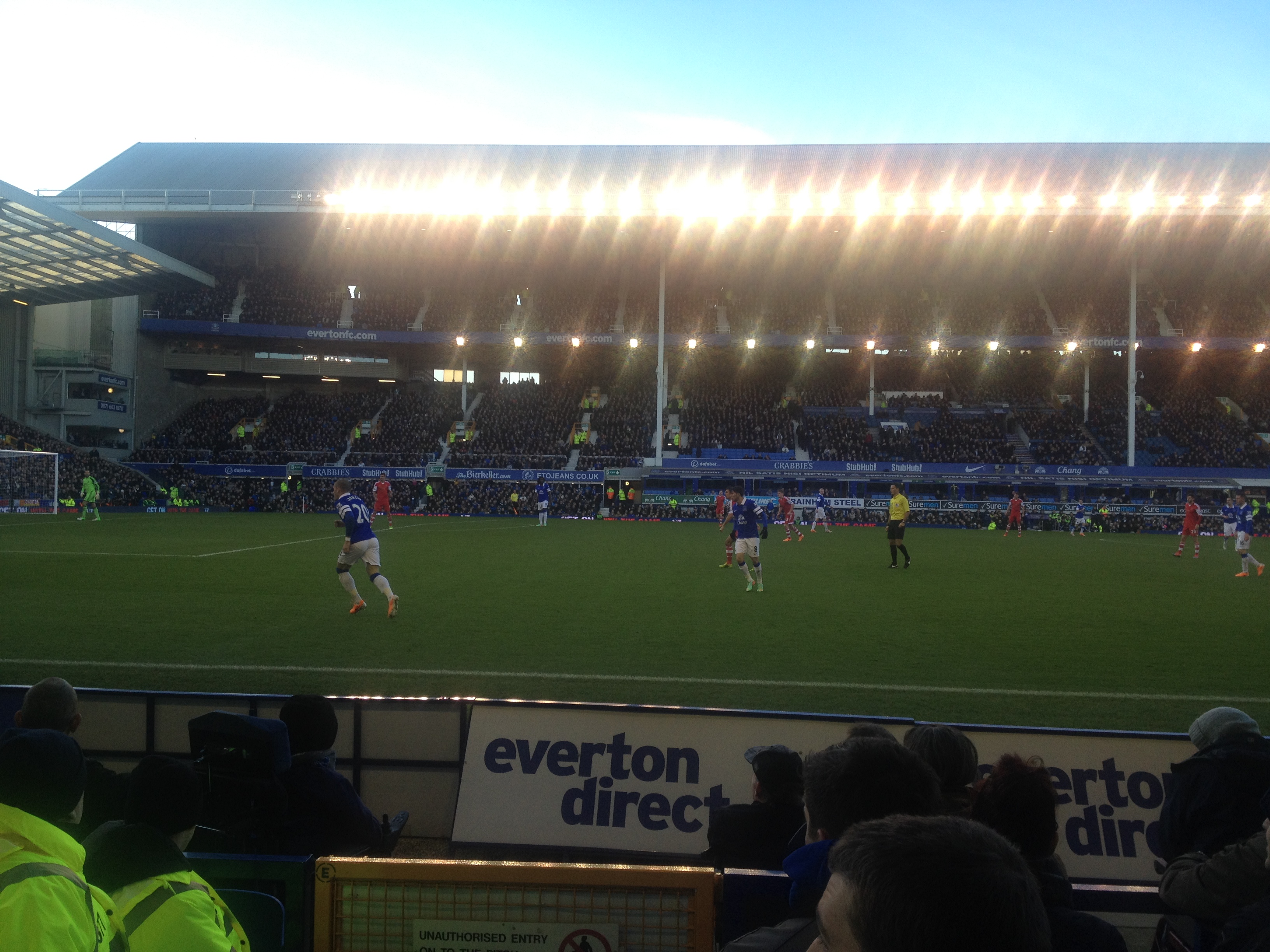 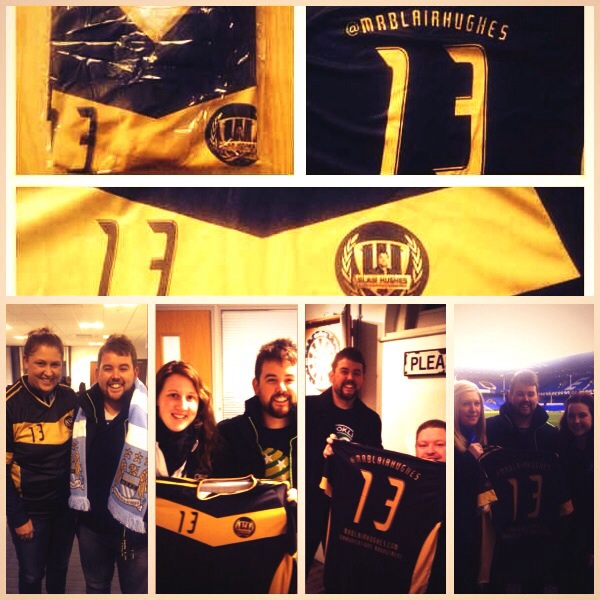 My meetings so far with Everton, Southampton, Manchester City and FC Business