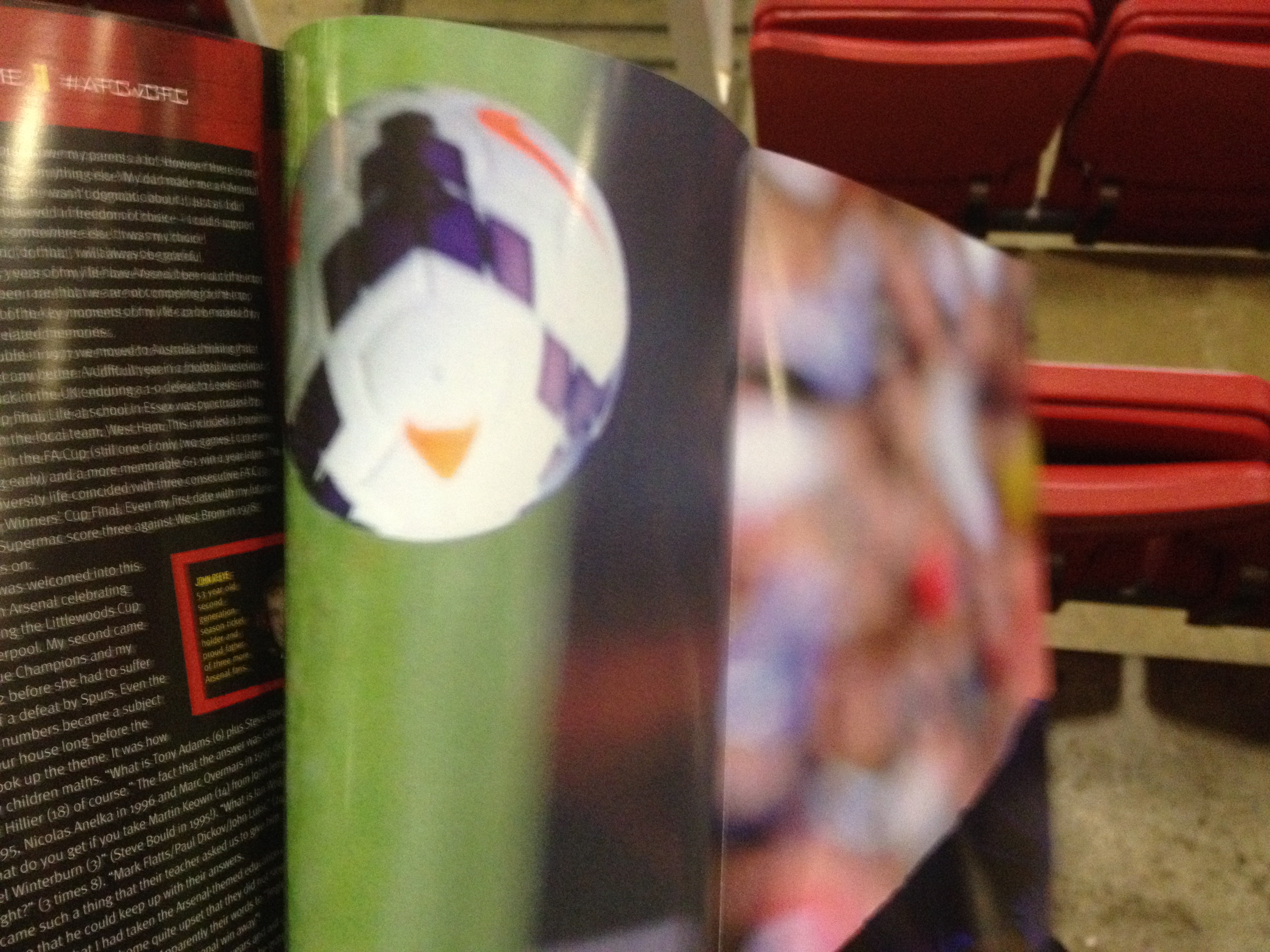 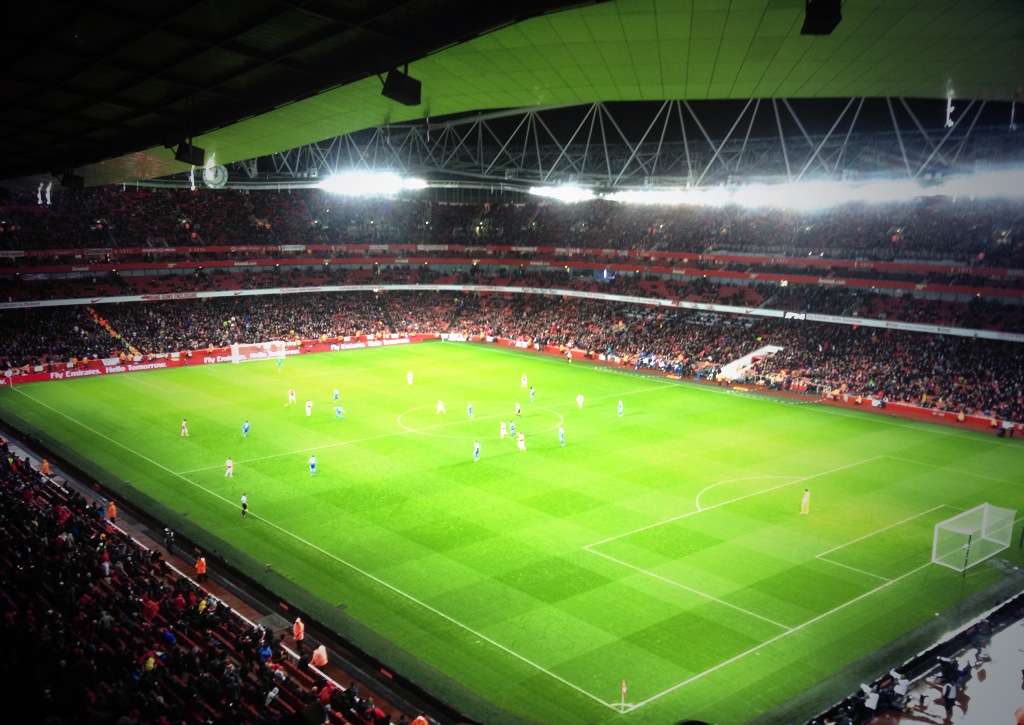 Had a pretty busy day today doing up a Prezi on the cost of season and match tickets in the Premier League and Championship but left the office at 3pm due to the weather starting to really turn bad. 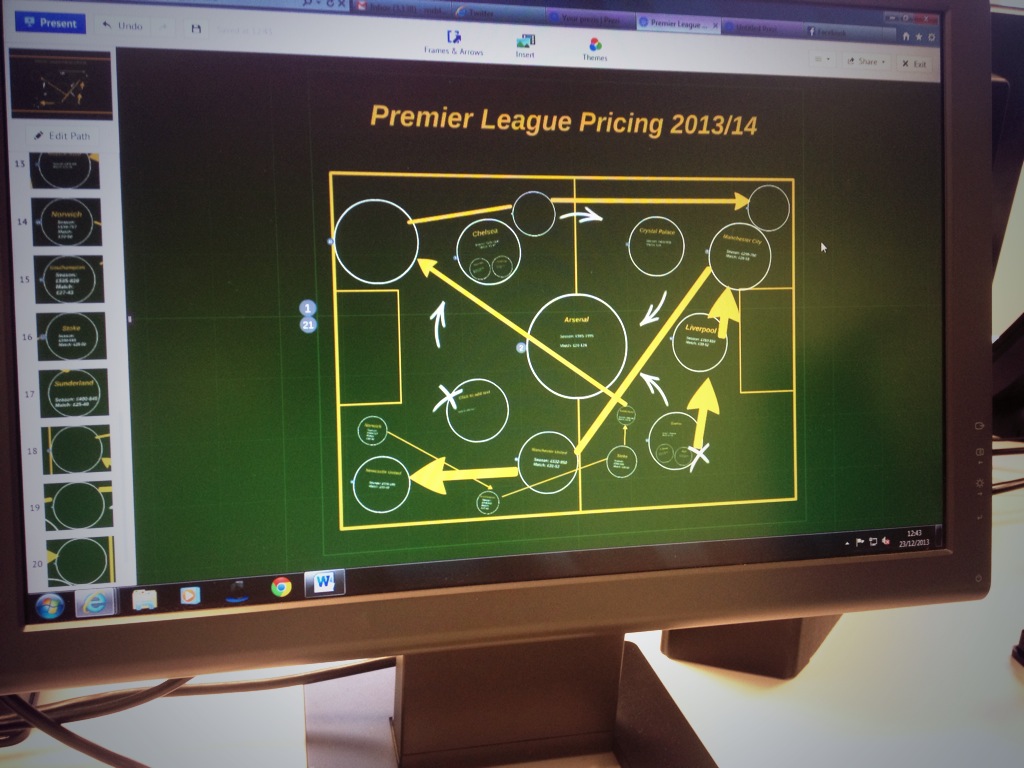 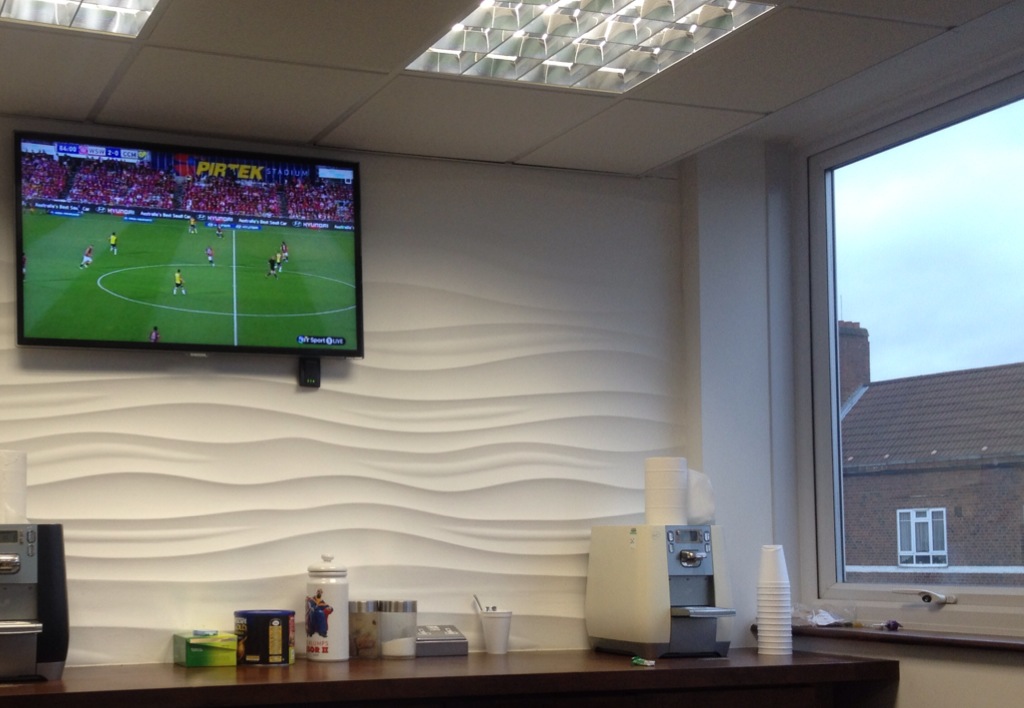 Watching A-LEAGUE in the office at QPR

I had purchased a ticket off a mate of mine who is an Arsenal RED member through their ticket exchange program and while this set me back £80 ($200AUD) I thought why not shout myself a Christmas present and see this top of the table league defining match. 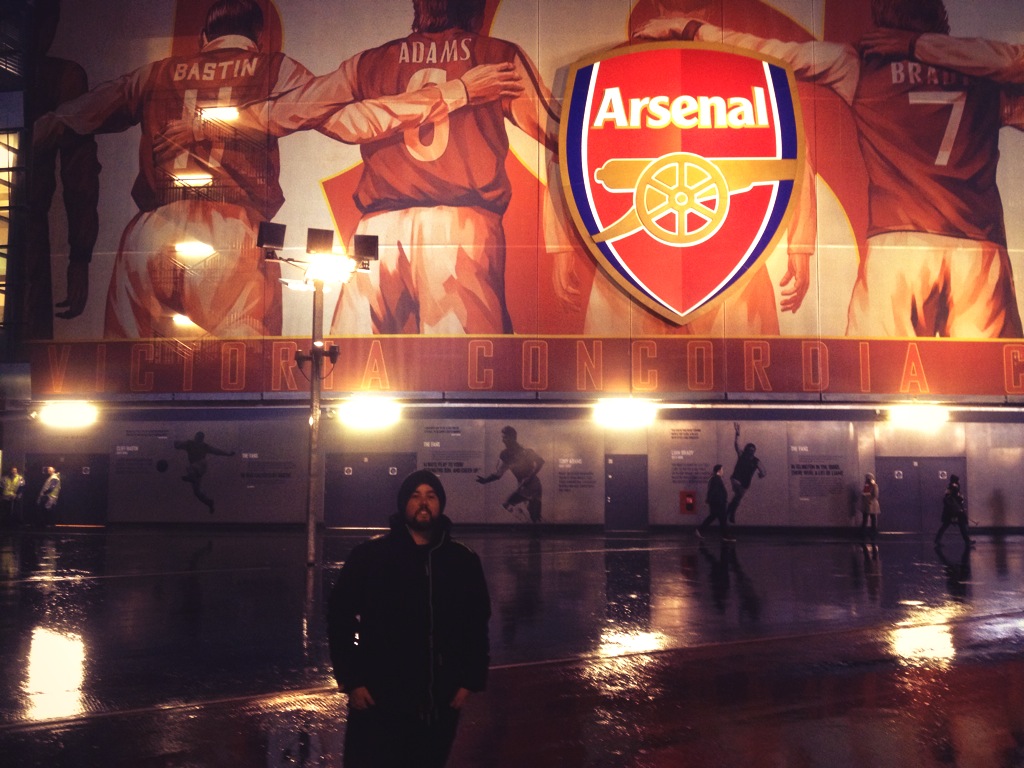 Blair at The Emirates

Turned out to be a bit of a lame spectacle and a 0-0 draw in pretty appalling conditions with hardly any passes connecting and Arsenal registering their only shot on goal in the 85th minute. A fairly spiteful match with a few close punch ups but overall a fantastic experience to get to The Emirates stadium and see this really gorgeous arena where every seat in the house has a great view. 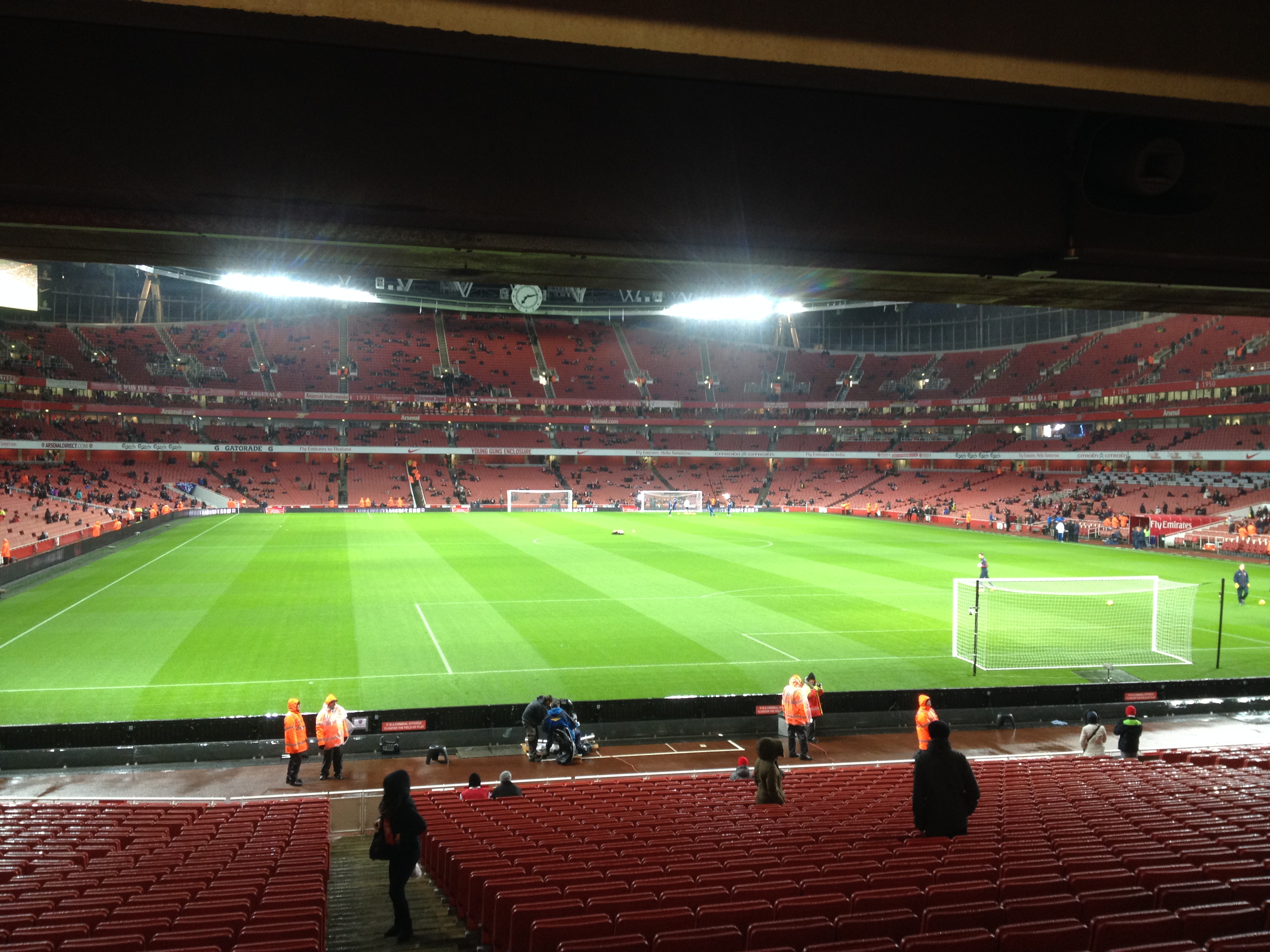 I left Arnos Grove at 6pm and made my way through the four stops on the Piccadilly line to Arsenal tube station to see the atmosphere buzzing in the freezing London night. 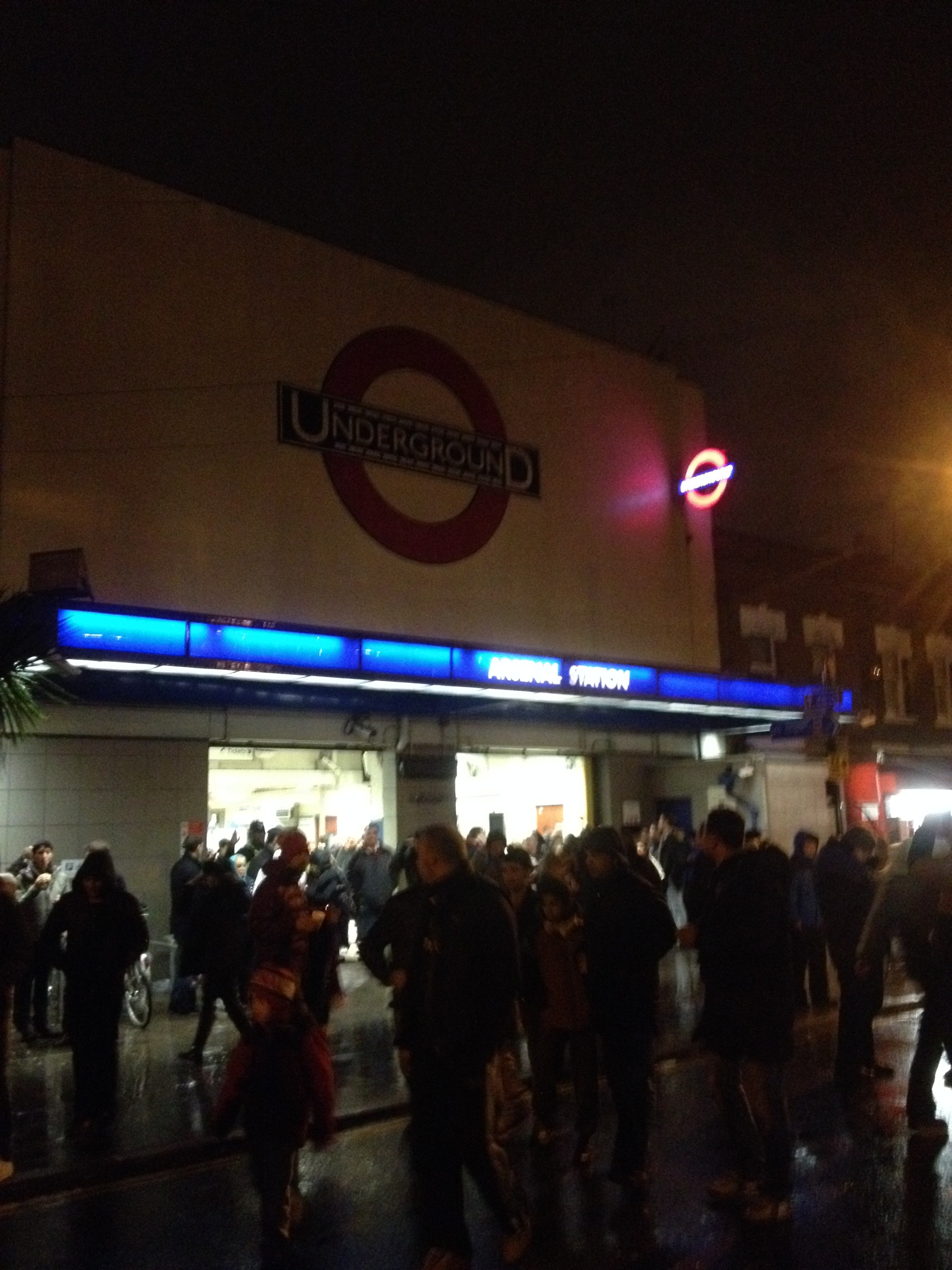 I walked around the street stopping in at some of the counterfeit merchandise stands to see what merch they had for sale. Cheap and cheerful but fairly poor quality gear. 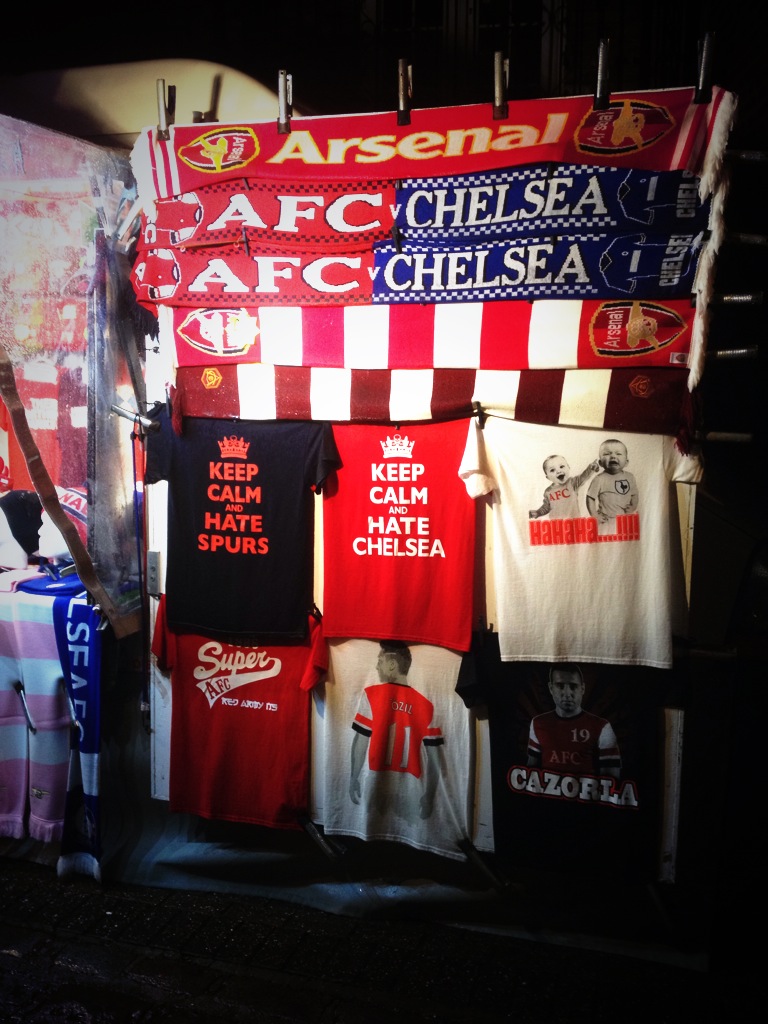 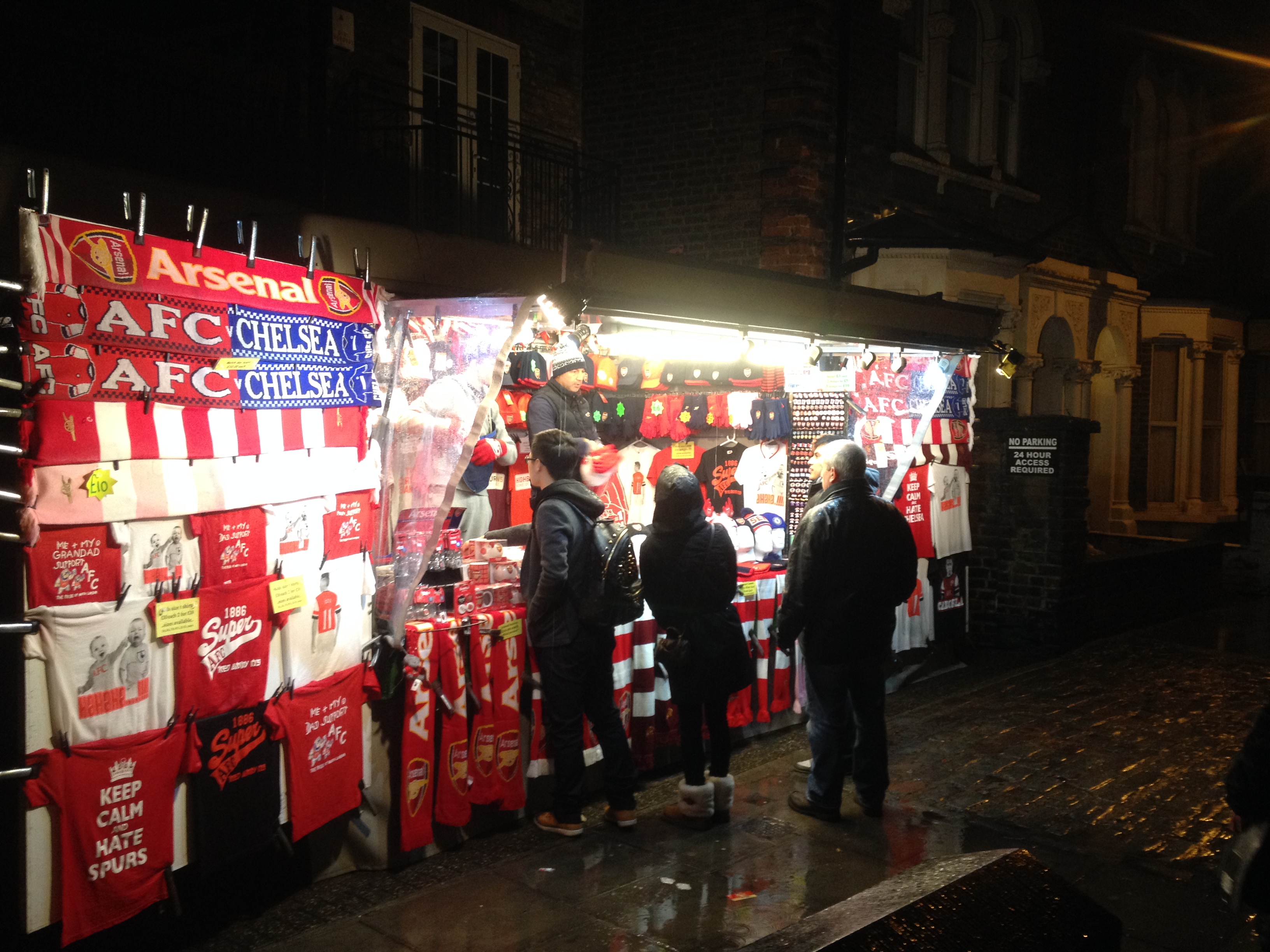 Cruised down to the ticket office as I wanted to see if I could get my mates electronic Arsenal card ticket turned into a physical ticket. Ok, I know that this might sound a bit silly but I collect all the tickets of gigs and sporting events I go to and have crafted some pretty colourful wall features as a result of the 1500+ music and sporting events I’ve been to, the majority of which I still have tickets for. Before I got to the box office I found a customer support liason officer who printed me out what looked like an EFTPOS docket which showed me where I was sitting. This still wasn’t the physical ticket that I wanted so I waited in line to finally find out that they don’t print physical tickets at The Emirates. I know this all sounds a bit ridiculous but if you’ve paid £80 and want to get a physical ticket then perhaps clubs need to realise that some fans want to grab all the memories of the night that they can. I know that in the music industry it really started to annoy people when there were no tickets to hand out to people at the end of a night at my old venues due to everything going to paper tickets. Who the heck wants a Ticketmaster print out! 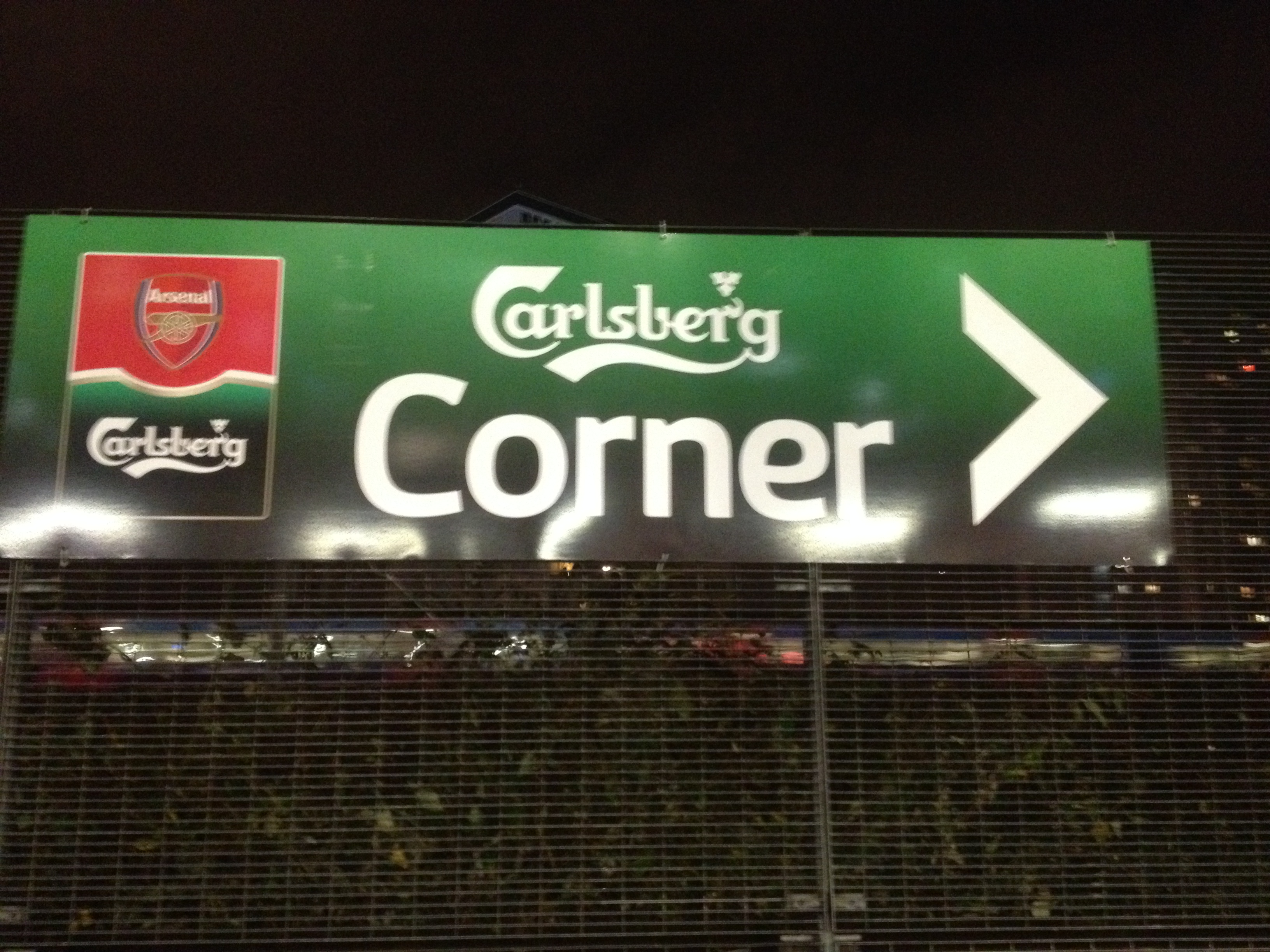 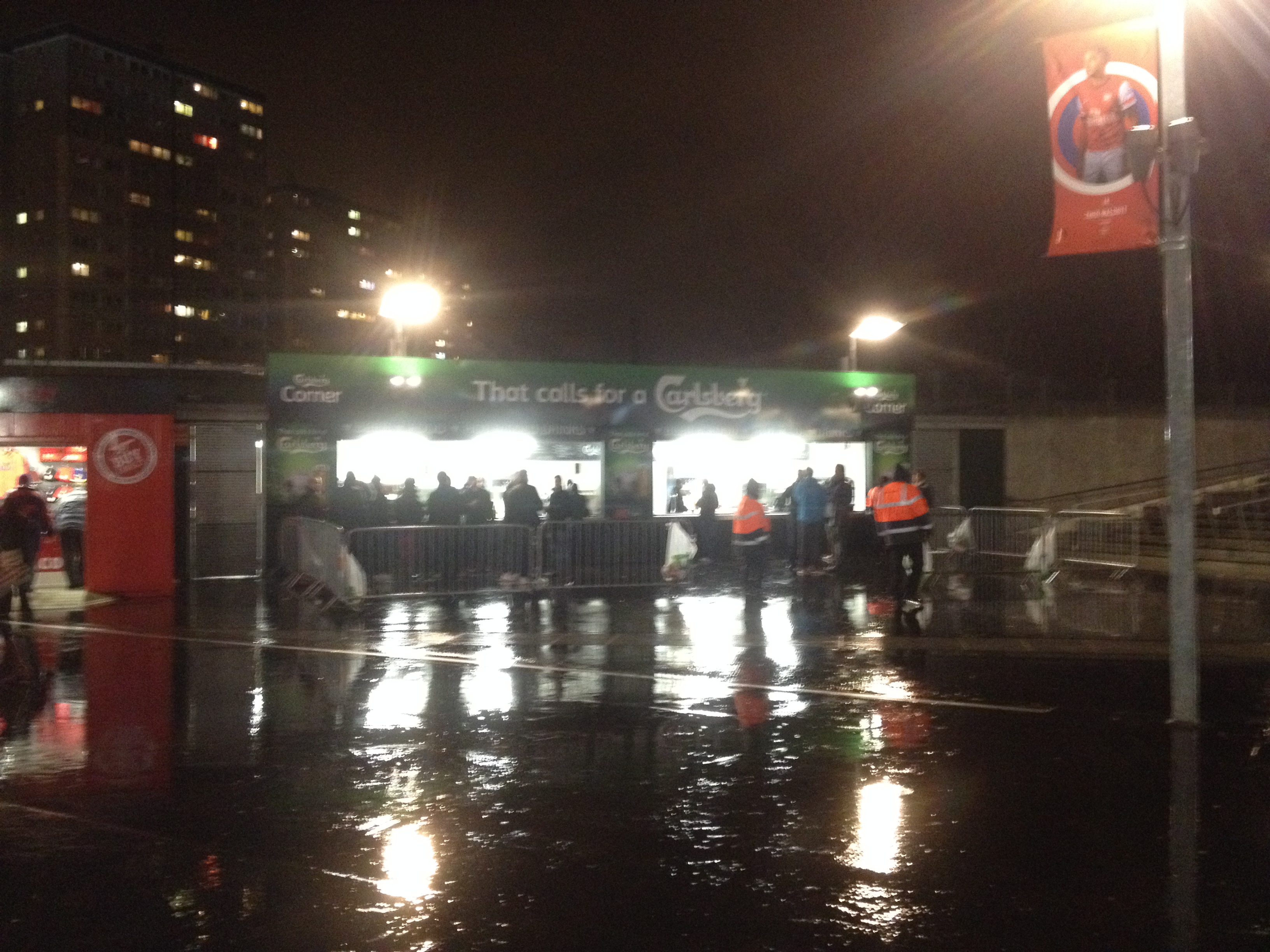 Walked over to get a photo of me outside the stadium and before I could ask anyone I had a huge Nigerian guy asking if I would take his pic for him. I kindly obliged and asked him if he would take mine as well. We both joked about the power of football that two people from the other sides of the world would meet here tonight to see a team play. Certainly a thrill for both of us. 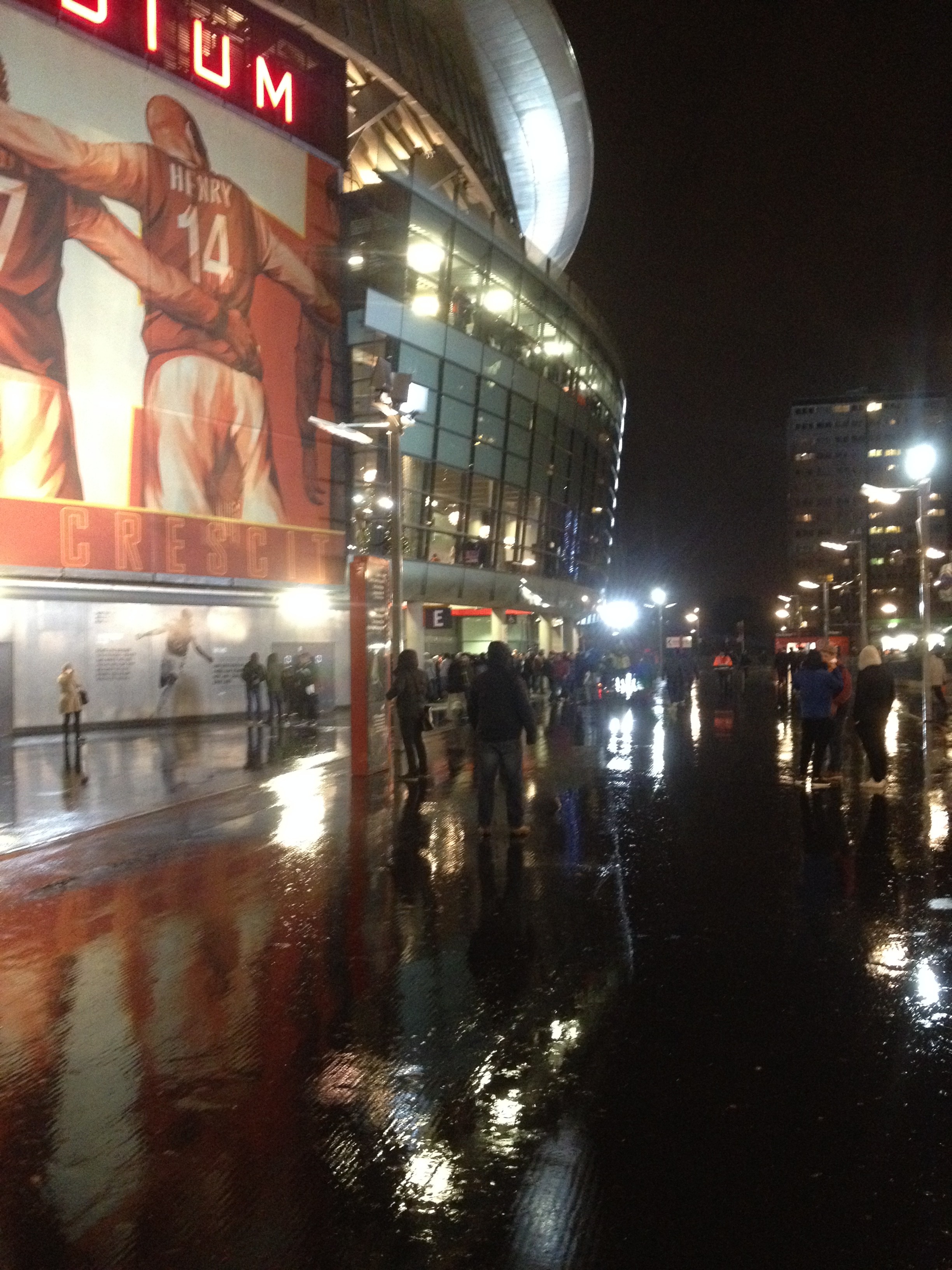 Stadium before kick off

Purchased a match day program for £3.50 and made my way inside the stadium after checking out the Carlsberg fan zone area. 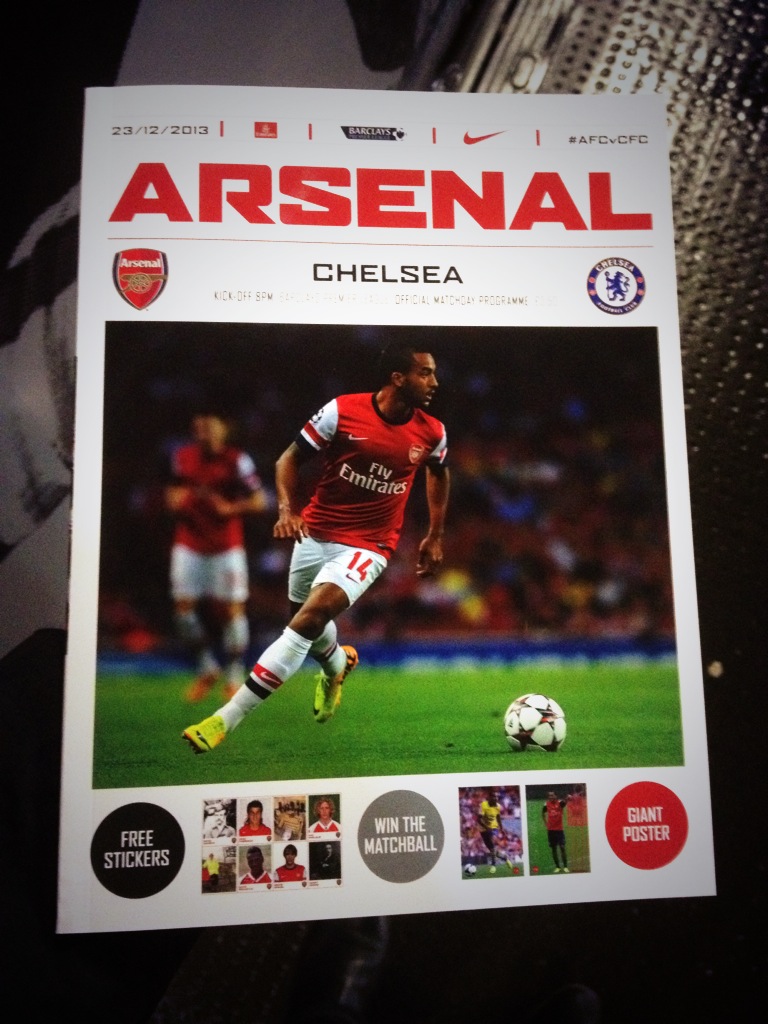 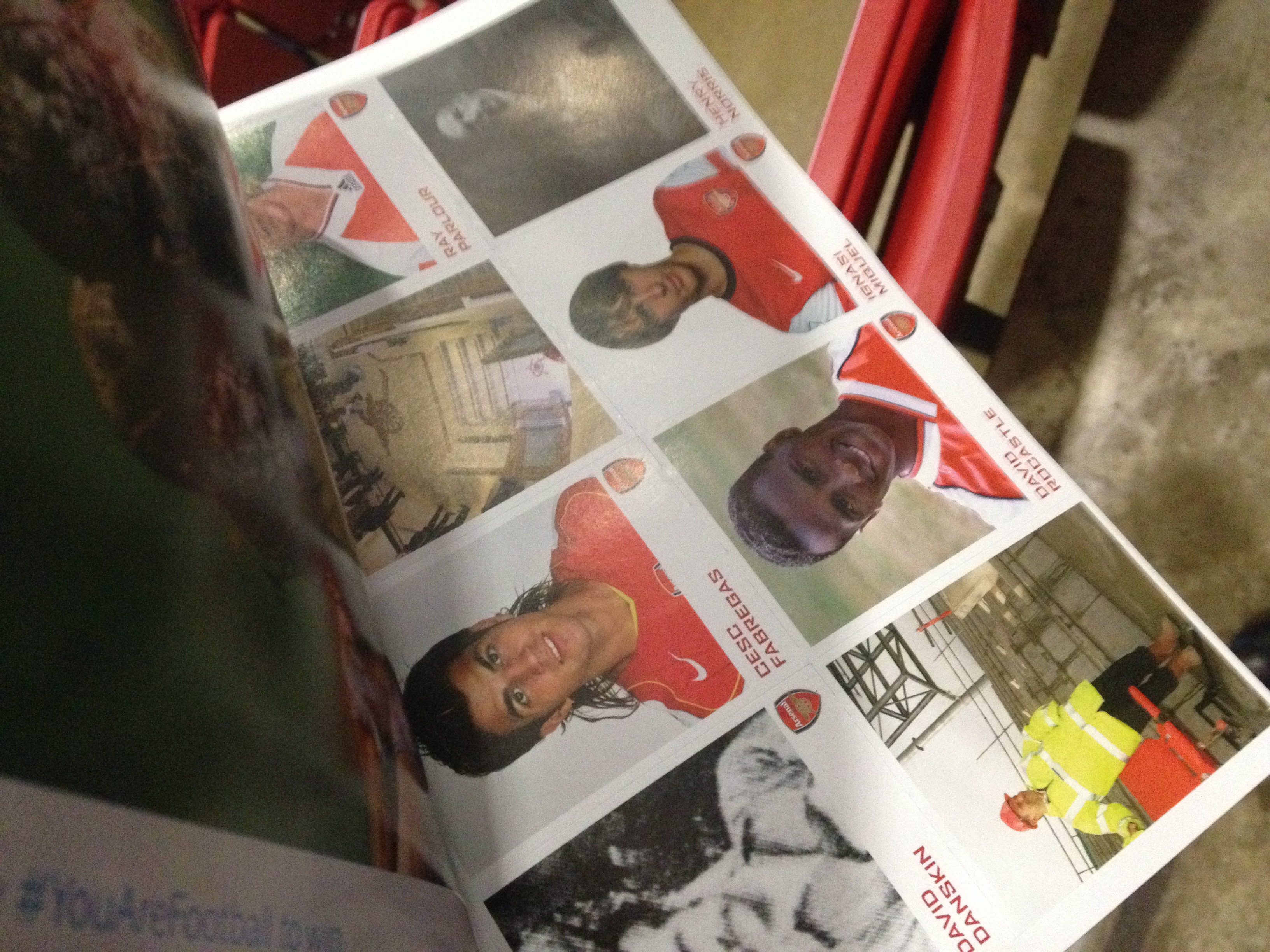 The match day program has to be the best I have ever purchased as it had a sticker sheet, fold out Walcott poster, OPTA stats and so much more. 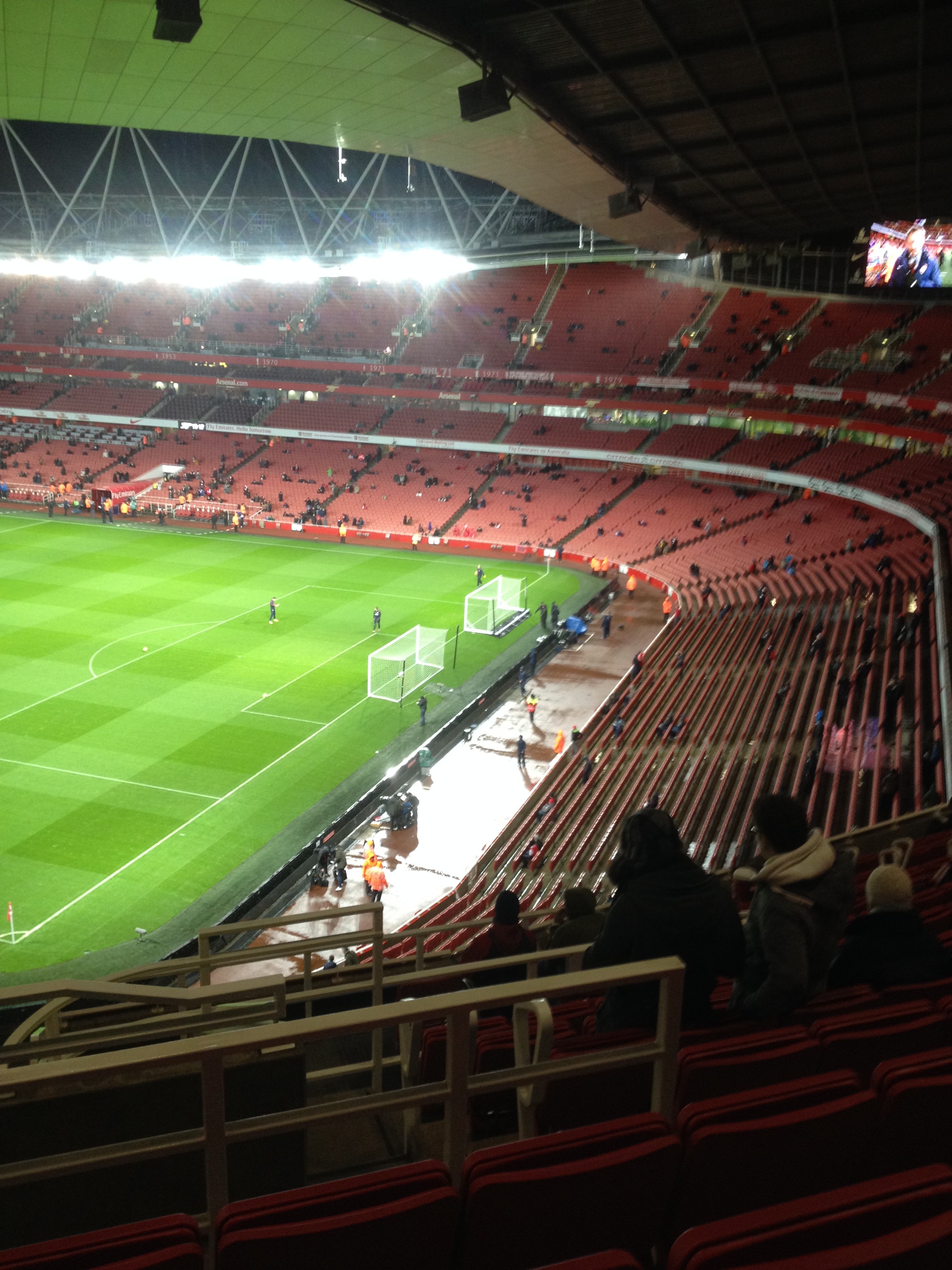 The inside of the Emirates is truly world class with plenty of graphics, artwork and information about the history of Arsenal. 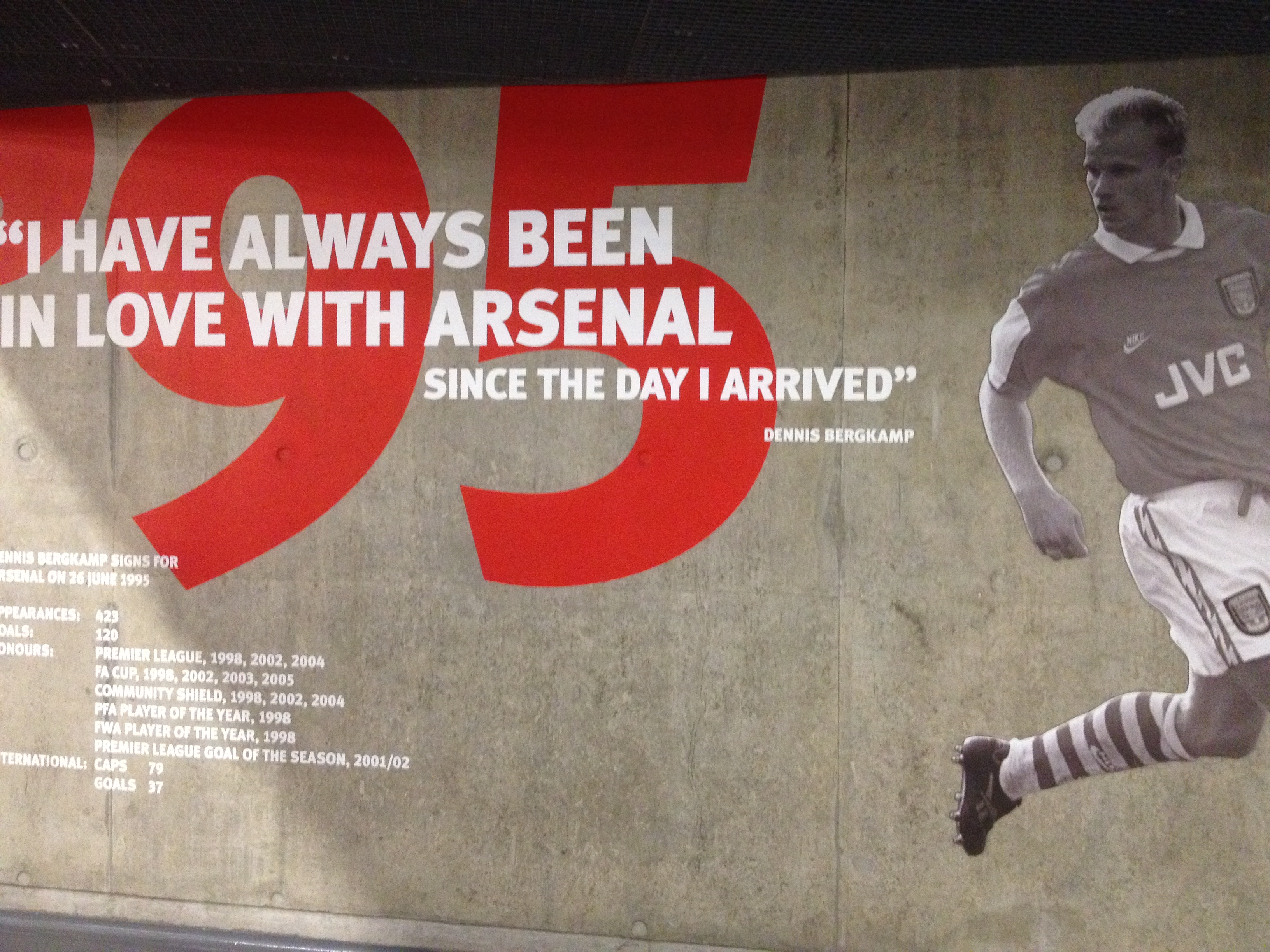 Inside the Emirates Stadium

I made my way up to my seat and as I turned around I was really struck by how huge and amazing the stadium and view was. 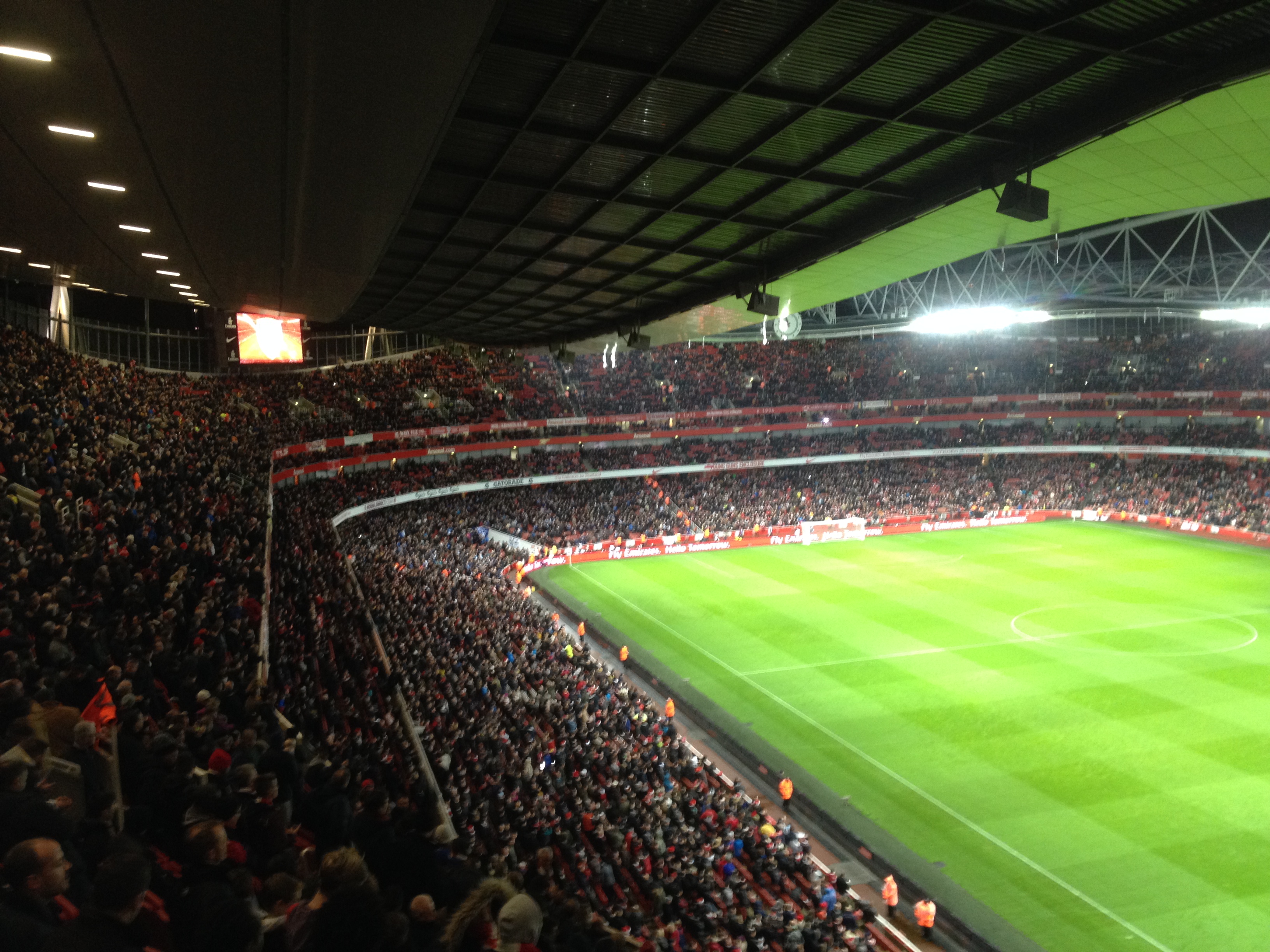 The game itself was a bit of a poor game to watch but as a neutral it was just great to catch a game here. 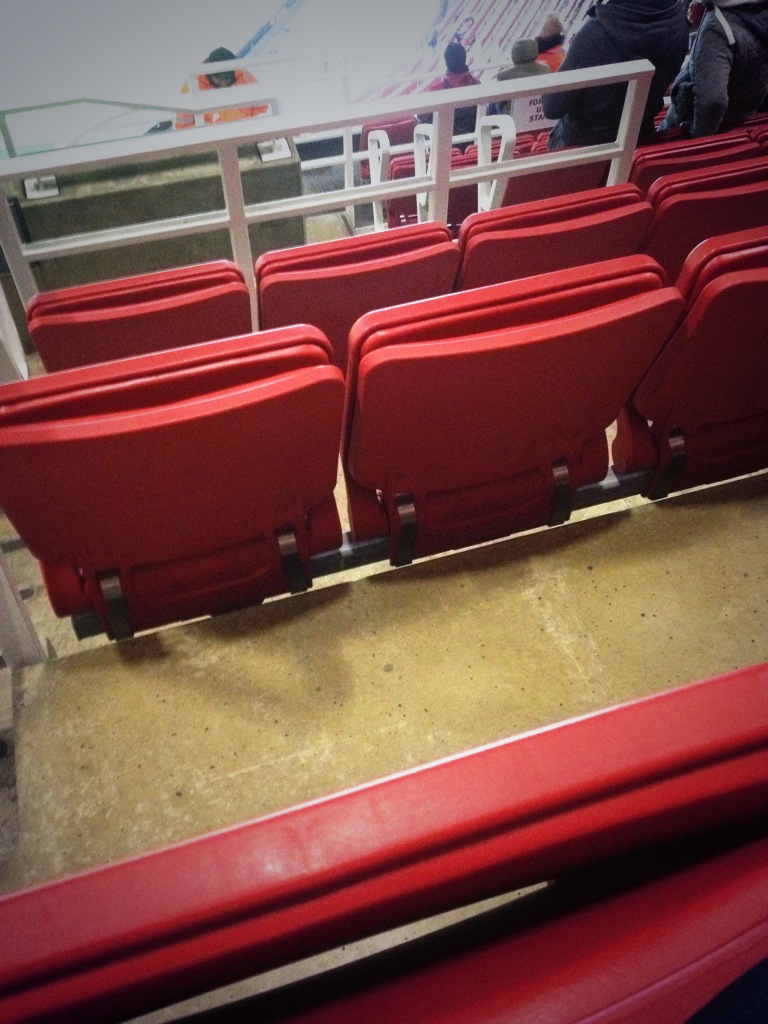 Made my way back to Arsenal tube at the final whistle to head home and found that the stadium management of public transport was very efficient and well organised. 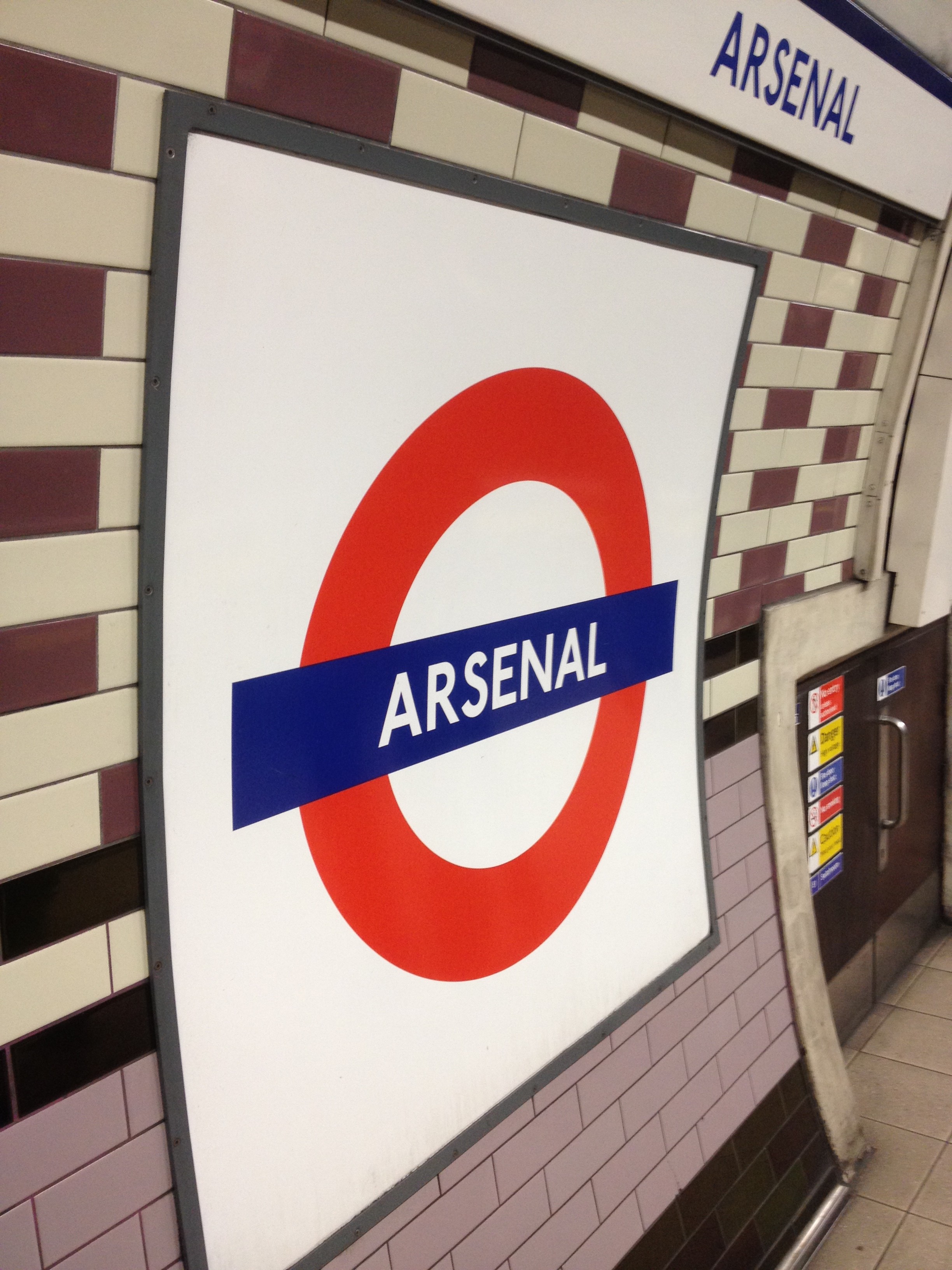