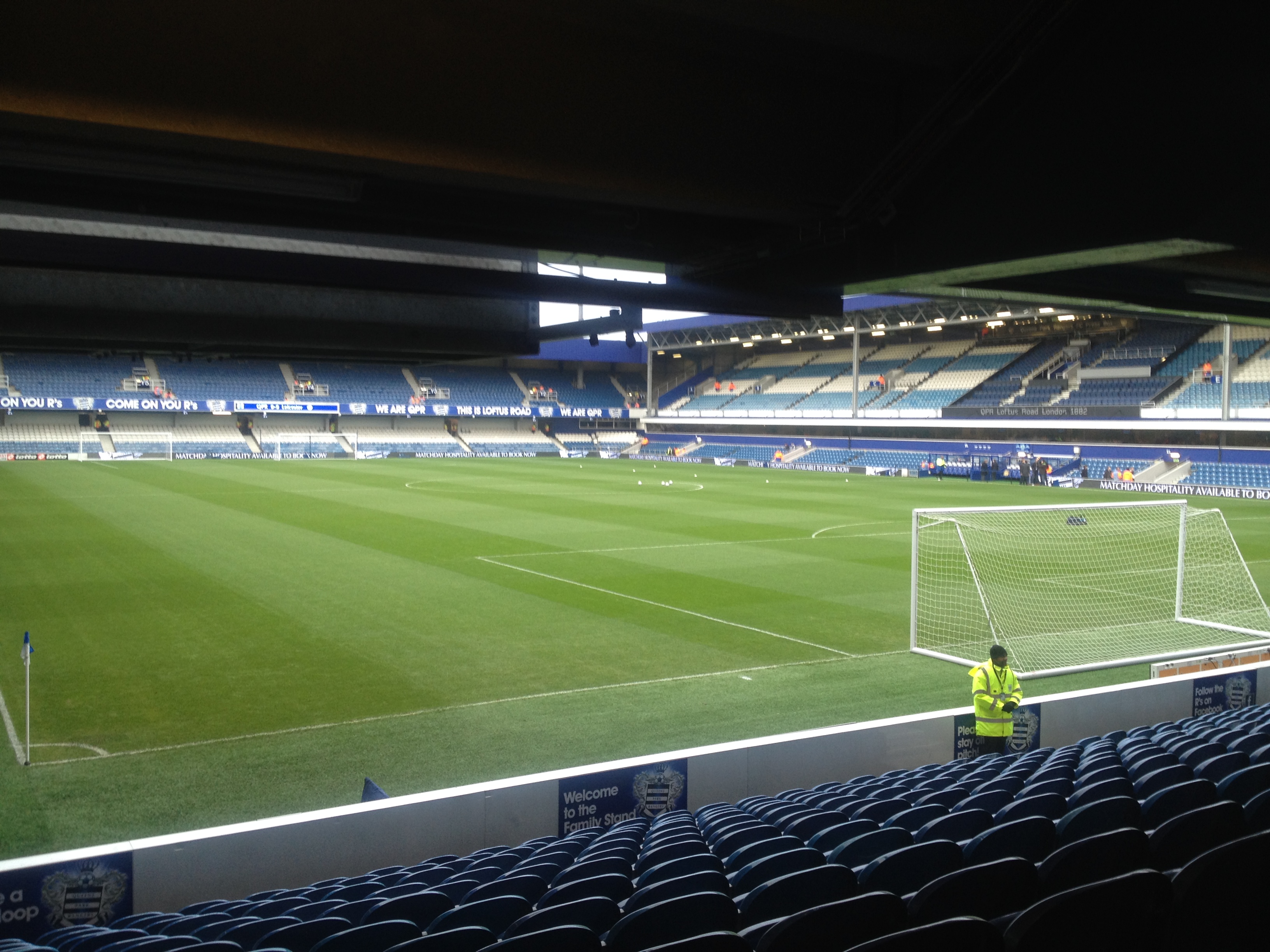 7.31am. Shepherds Bush Station. Band of Horses ‘The General Specific’

Minutes from Kick Off

Woke up at 5am to get ready for the 6th straight day at QPR, but this time for a match day against Leicester City at home. 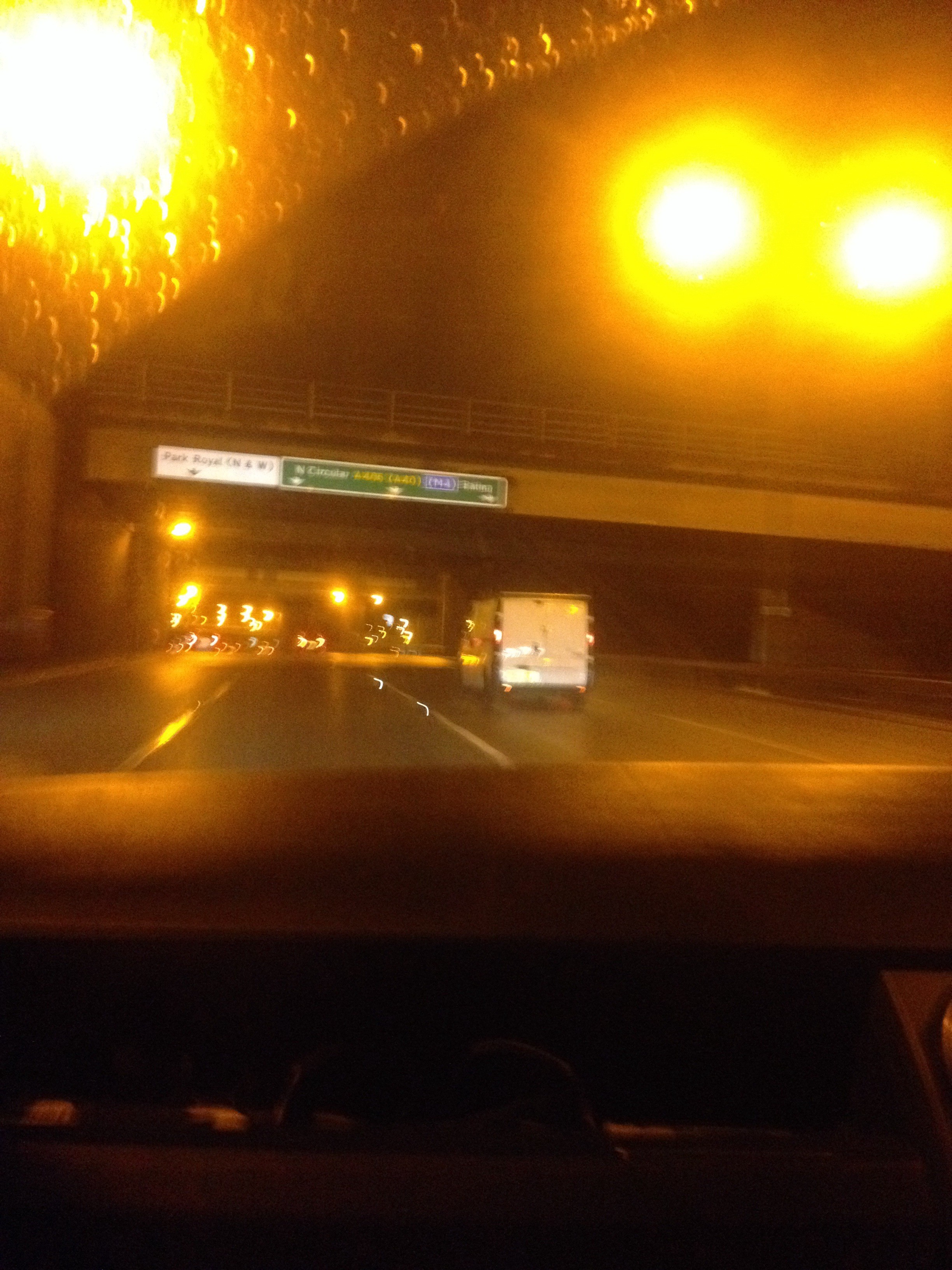 Early morning drive to the stadium

I was lucky enough to be picked up at 630am by one of the match day commanders and we headed into Loftus Road arriving by 715am. We had a quick greasy fry up at a QPR fans cafe around the corner from the stadium and then headed over to the ground.

At 8am I was introduced to a few key people in the operations room including police, chief safety officers, paramedics and QPR ops staff. A hive of activity with a group of very professional people. I made it clear to everyone that I wanted to stay out of everyone’s way and just sit, listen and learn from the experience. Everyone at QPR, not just the team here today have all been so supportive, friendly and helpful by giving me tips, ideas, feedback, resources and their time which has been more than I ever could have asked for. I could have come here and found that everyone was too busy to help me learn however the exact opposite has happened and the team have been brilliant.

The safety briefing at 9am was not dissimilar to ones I have had working at The Gabba Sports ground in Brisbane or the Hammersmith Apollo here in London, however the professionalism that was on show was to be admired. This is a team who genuinely want people to have a safe day out at the football. The planning and preparation that went into this match was another great aspect to see. Everything from crowd behaviour, fire procedures, radio instructions, response team procedures and terrorist threat advice was delivered in a professional, clear and respectful manner to stewarding staff so that everyone got the picture that they were prepared for the day.

We waited in the office for an hour or so before the briefing but I was lucky enough to be taken down to meet the referees and see how that procedure is dealt with. Basically the refs will fill out a form which takes into account their expenses such as hotels and travel and then the clubs pay that fee before the Football League reimburses the club later down the track. It was very professional to see that QPR do not get all chummy or hang around long with the refs which was again another very professional aspect which I witnessed on this match day. 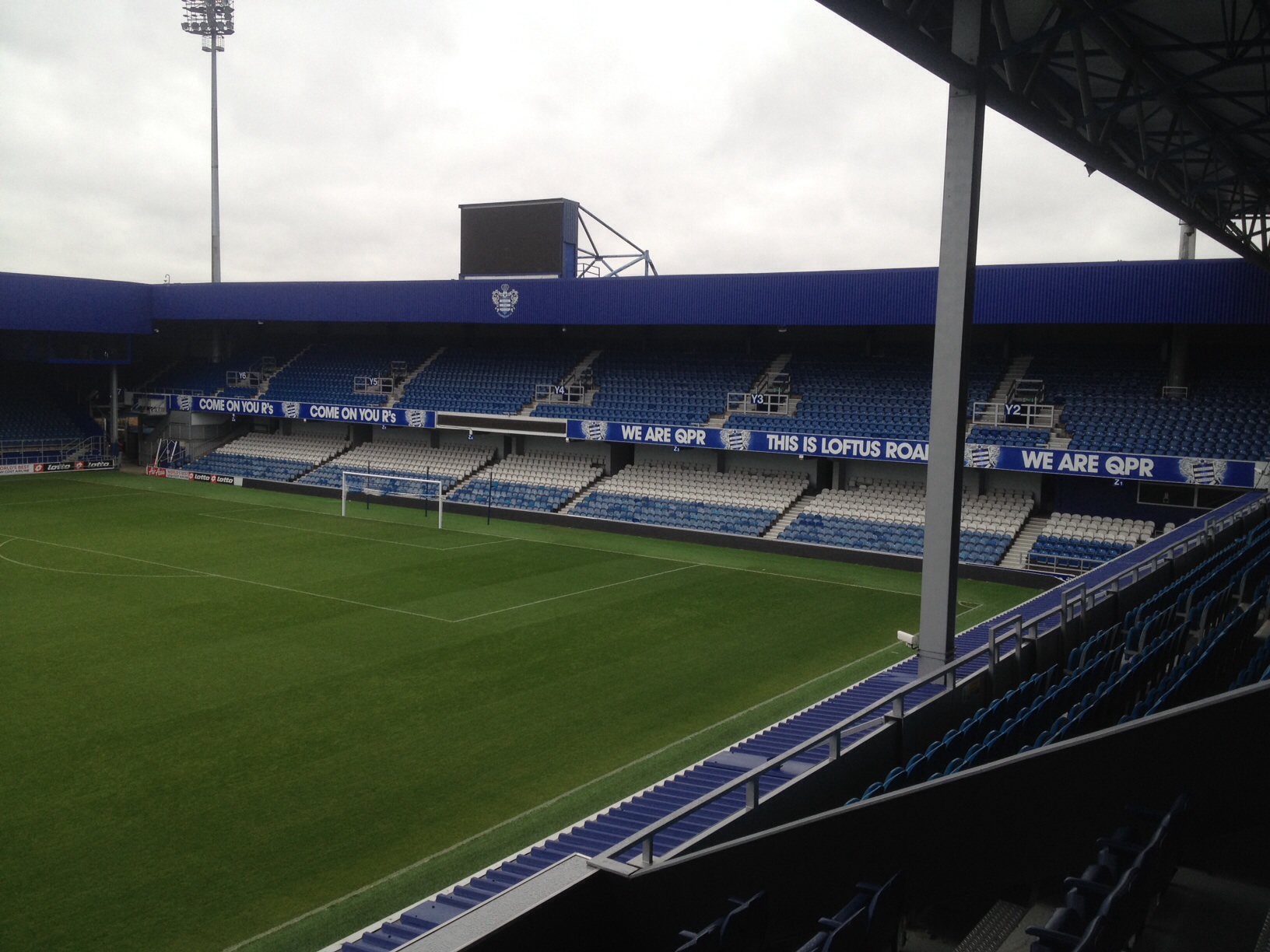 I walked through the tunnel and I think directly into a SKY Sports live broadcast but was then able to meet a production manager from Sky as we made our way into the operations room to take up our places for the game, which was an early kick off at 12.15pm. A type of match like this was hopefully not going to see many alcohol problems due to the bars just opening at 12pm meaning that people had not had a long time to get on the ‘sauce’! 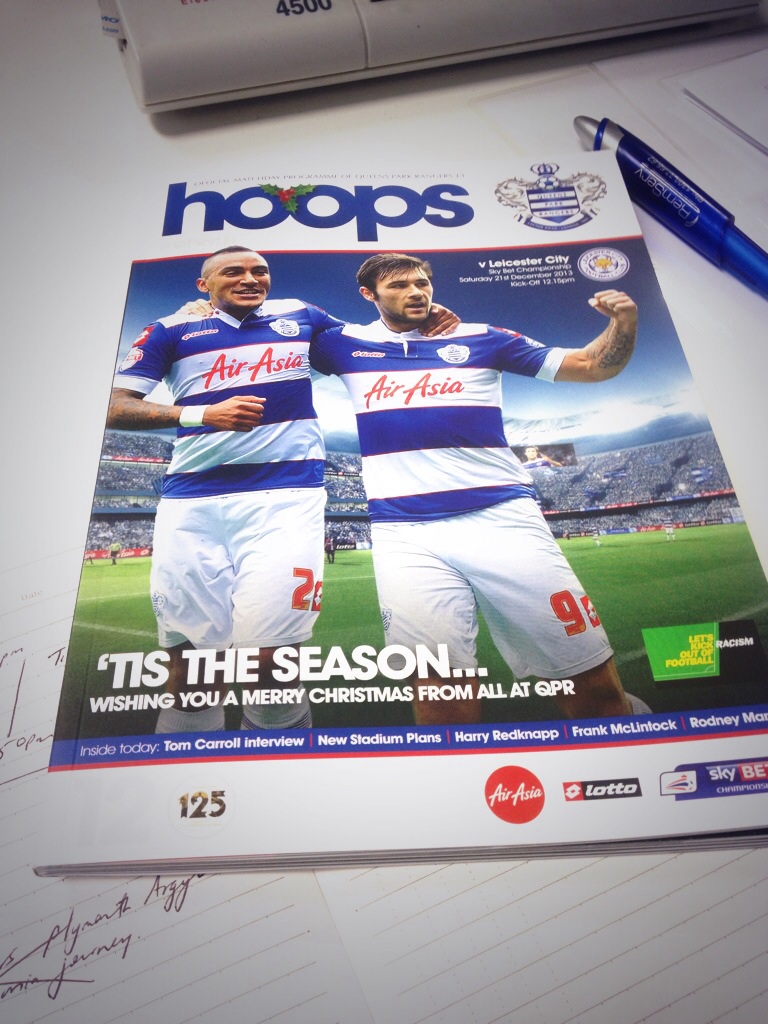 With gates about to open and the atmosphere buzzing inside the ground, I took a seat in the operations room with my pen at the ready to jot down as many interesting insights as I could. Below are some of my observations: 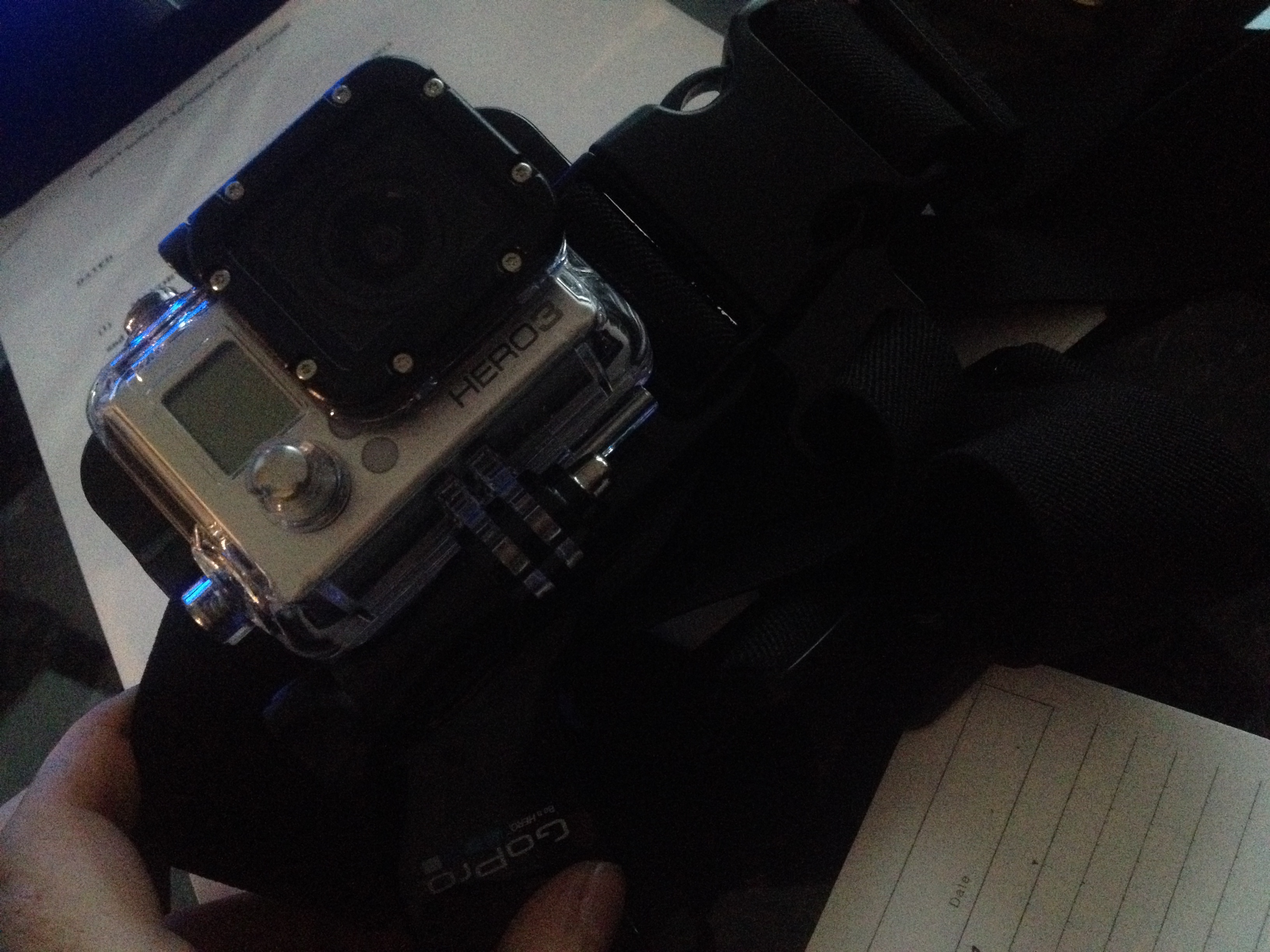 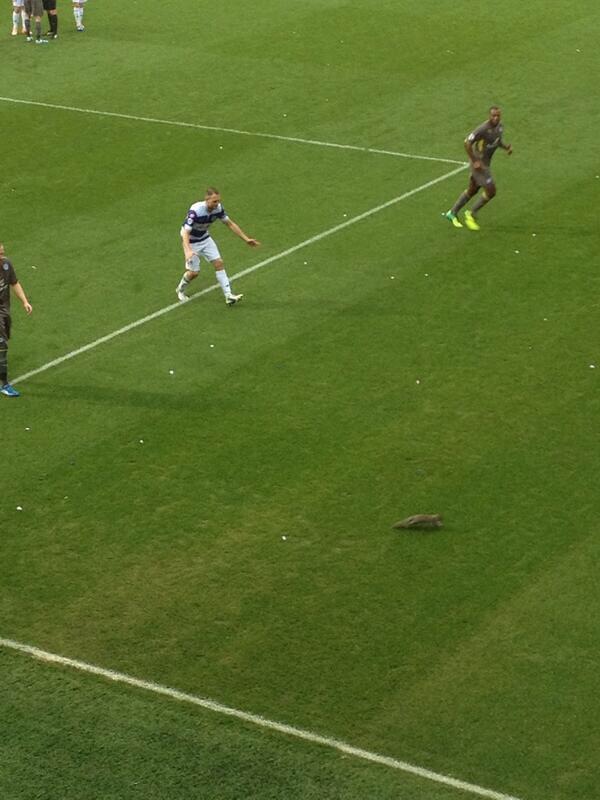 About 15 minutes or so into the game a squirrel ran onto the pitch and had a bit of a run around. The poor thing must have been so scared and really what are stadiums to do here, especially when the game is being broadcast live on TV around the world. You can’t kill it, you can’t really trap it, you can’t allow the game to go on as an injury to one of the players could be very costly so you really just have to usher it away and hope it makes a run for it off the pitch.

The chants by all sections of the crowd to ‘There’s only one Luis Saurez’ certainly made alot of people laugh around the ground. Poor bloke!

Here’s some vision from the day of the squirrel

Here are some of the match highlights:

All in all a fantastic opportunity to sit in on the match day operations and learn from this amazing crew of people.