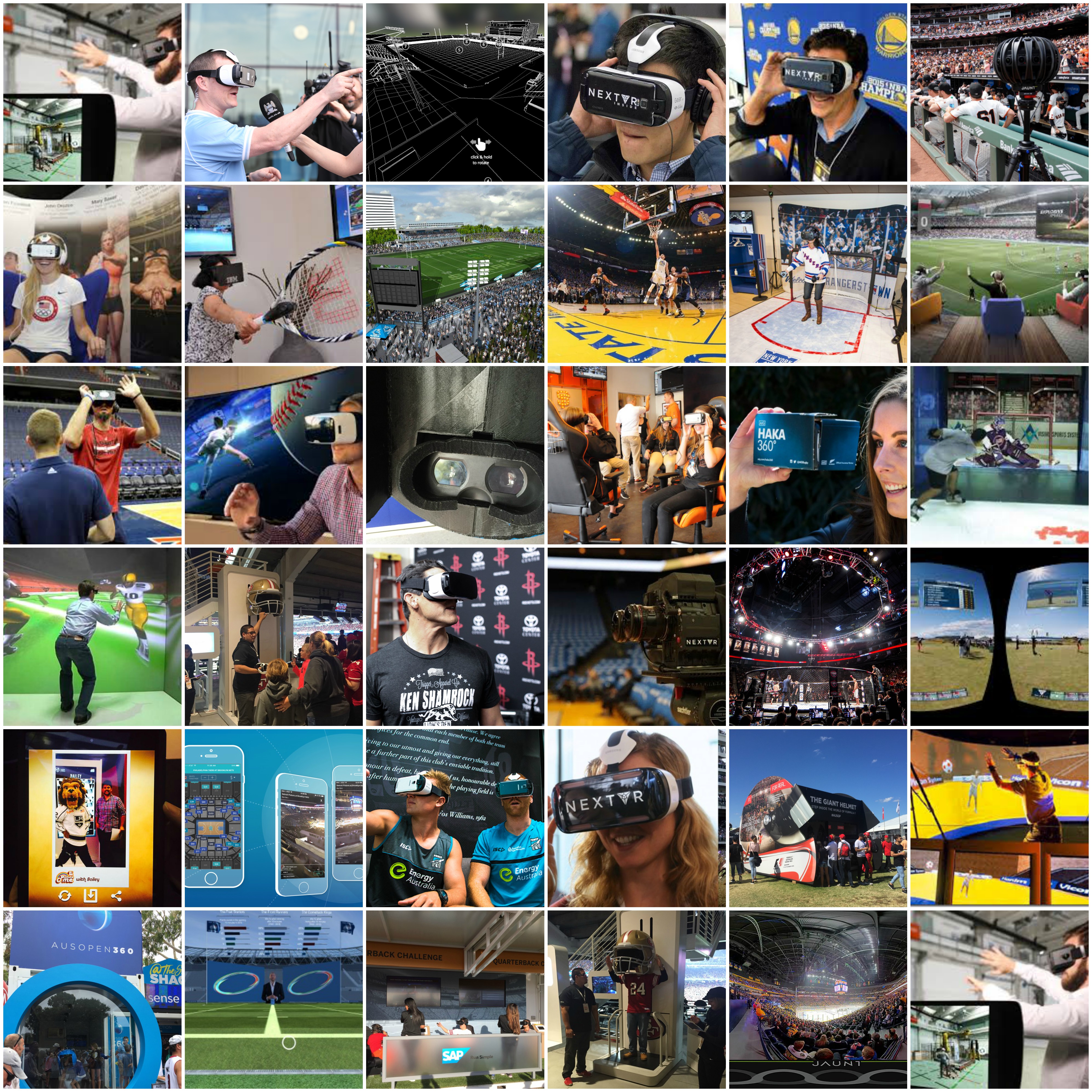 Even though still in it’s infancy, the rise and popularity of Augmented Reality (AR) and Virtual Reality (VR) is permeating into every industry in the world from video games and education to health and the arts with the sports business leading the way in a number of exciting areas.

Teams and stadiums, predominately from the US but also in the UK, Europe and here in Australia are realising the potential of AR/VR to engage their fans as this is being seen as “the next evolution of human story telling at a whole new level” and we all understand the value of storytelling for driving home positive and deeper fan experiences.

This blog takes a look at what sports businesses, teams and stadiums are doing around the world to engage their fans and enhance the fan experience with virtual and augmented reality technology.

Have you seen something else or think I’ve missed a great idea in this space? Hit me up on @MrBlairHughes on Twitter and share what else is happening in this VR/AR world.

This company collects “depth data capture” which uses 360-degree cameras and sensors to help teams access new data and analytics like how many seconds a football was in the air for or how fast it was thrown.

The Giants have teamed up with Jaunt to produce content using 360 degree video technology. At home games, fans have the chance to experience virtual reality by checking out the Giants social media centre where they have the opportunity to try on Samsung Gear VR headsets to experience the club’s new VR. The VR experience allows members to feel like they are at a training game and get an intimate, field level view of the action. Fans are also able to turn 360-degrees and feel like they are in the infield for practice. 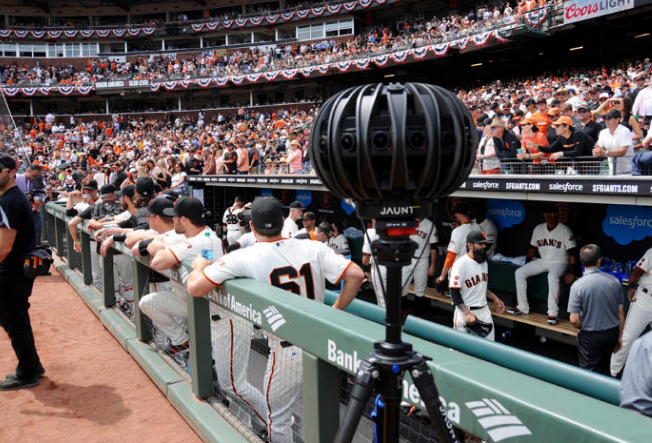 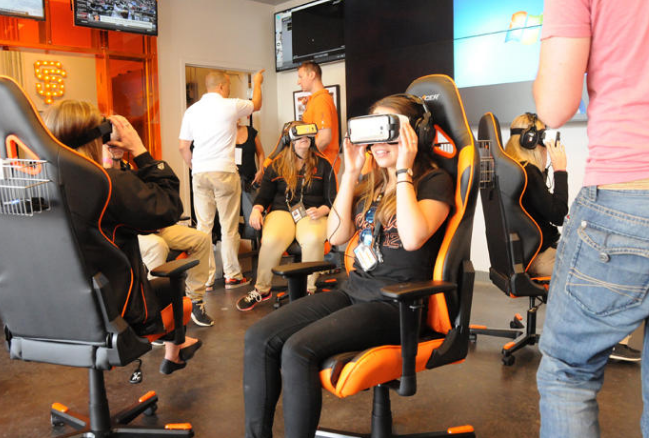 The Red Sox have embraced virtual reality by having new virtual reality booths at Fenway Park this season. Red Sox fans have a chance to see the team up close and in 360 degrees. The technology made its debut recently with three dugout-themed booths stationed through the ballpark with each having several VR headsets for fans to get closer into the action. The club have admitted that the future is uncertain as to how they will use VR but that it’s an important piece of technology.

Looking to change their logo, US soccer released the final design on Google Cardboard for fans to experience this in virtual reality. 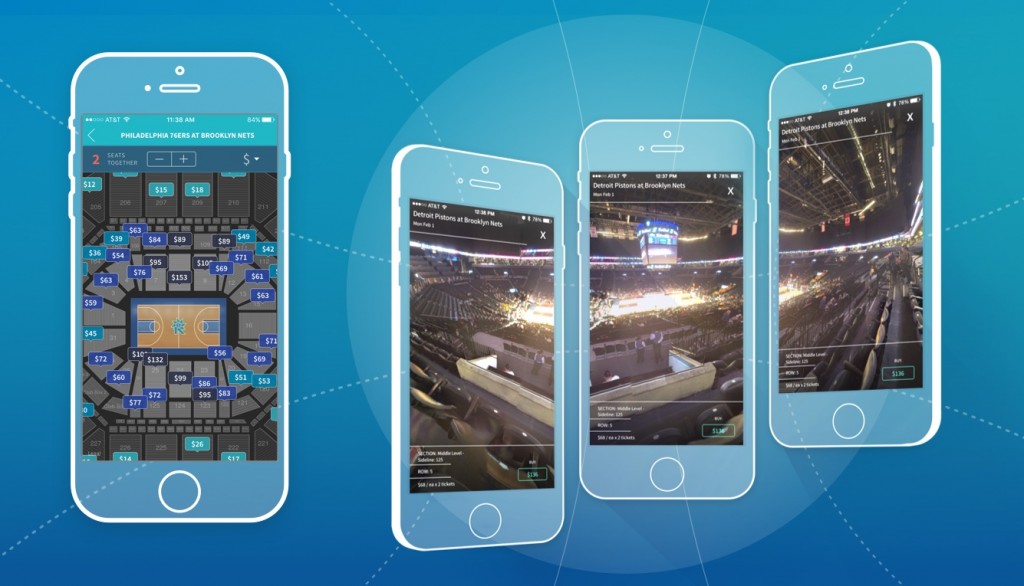 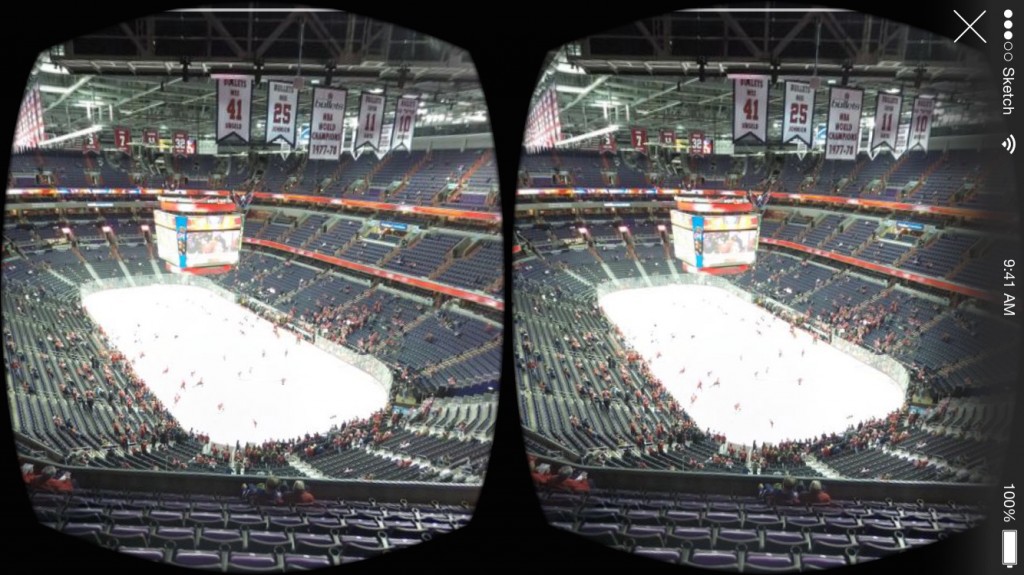 Making it’s debut recently at the Daytona NASCAR,  the XFINITY Virtual Reality Experience simulates an on-track experience for fans.  Fans are able to experience what it’s like to drive a race car and experience the action.

NASCAR has also put fans behind the wheels in this new Mountain Dew virtual reality activation.

The Cavs teamed up with Budweiser recently to venture into the realm of fully immersive, 360-degree VR videos. The Cavs gave away a limited number of specially designed Budweiser-cardboard viewing headsets to fans at games recently and represents the first team in the NBA to have VR natively built into their official team mobile app and one of the only teams in the league to offer exclusive VR content. The technology debuted with an exclusive VR video that took fans inside the game day experience. 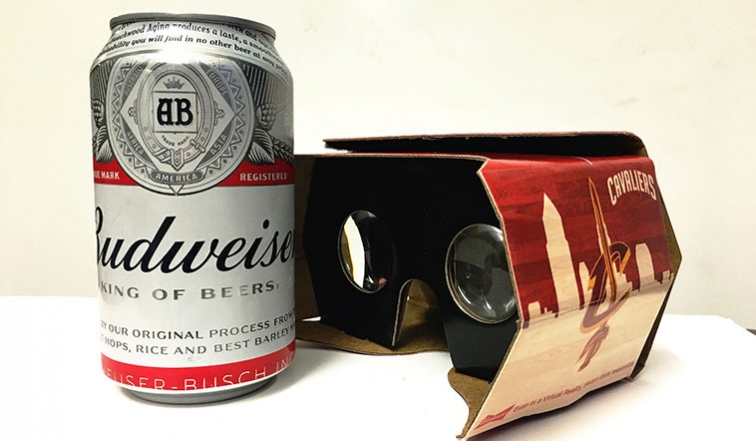 The NFL teams and stadiums have been rolling out some impressive VR experiences recently with the 50th Super Bowl no exception. VR demos at SB50 enabled fans to transport onto the sidelines, beneath huddles and into locker rooms at Levi’s Stadium in Santa Clara.

Here’s a quick look at the VR experiences from the Jaunt Super Bowl booth.

On one of my recent US fan experience treks I also played around with SAP’s 49er’s Quarterback Challenge kiosk at Levi’s Stadium in Santa Clara where fans can use VR to feel what it’s like to be a quarterback under pressure from a tough defence. 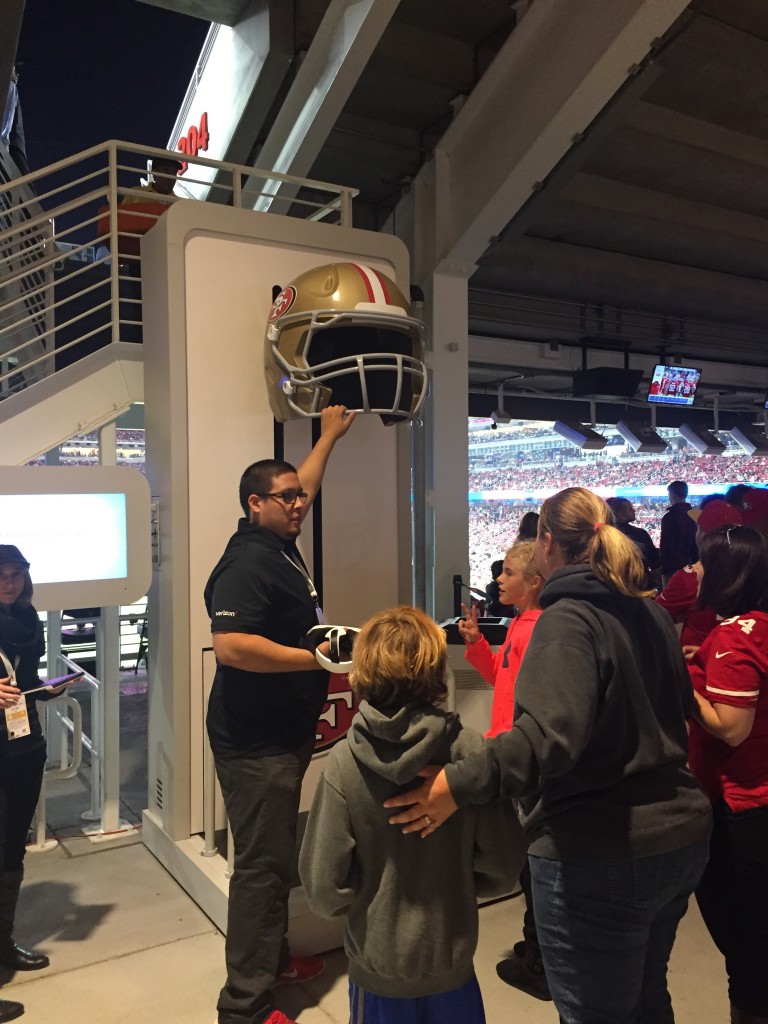 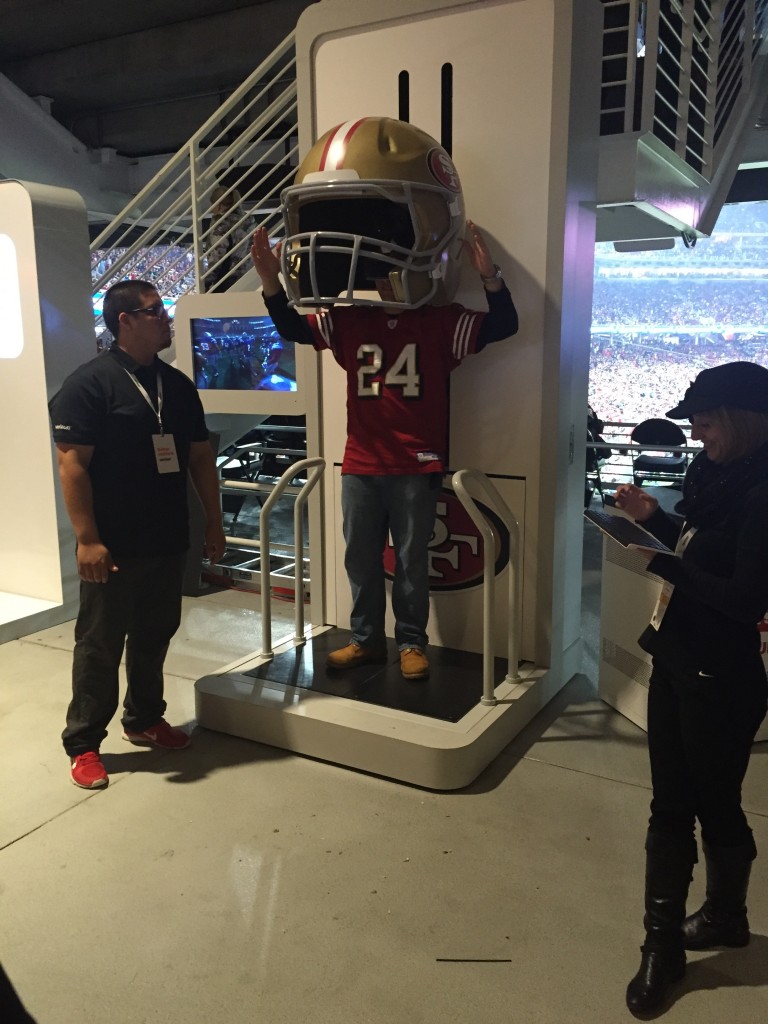 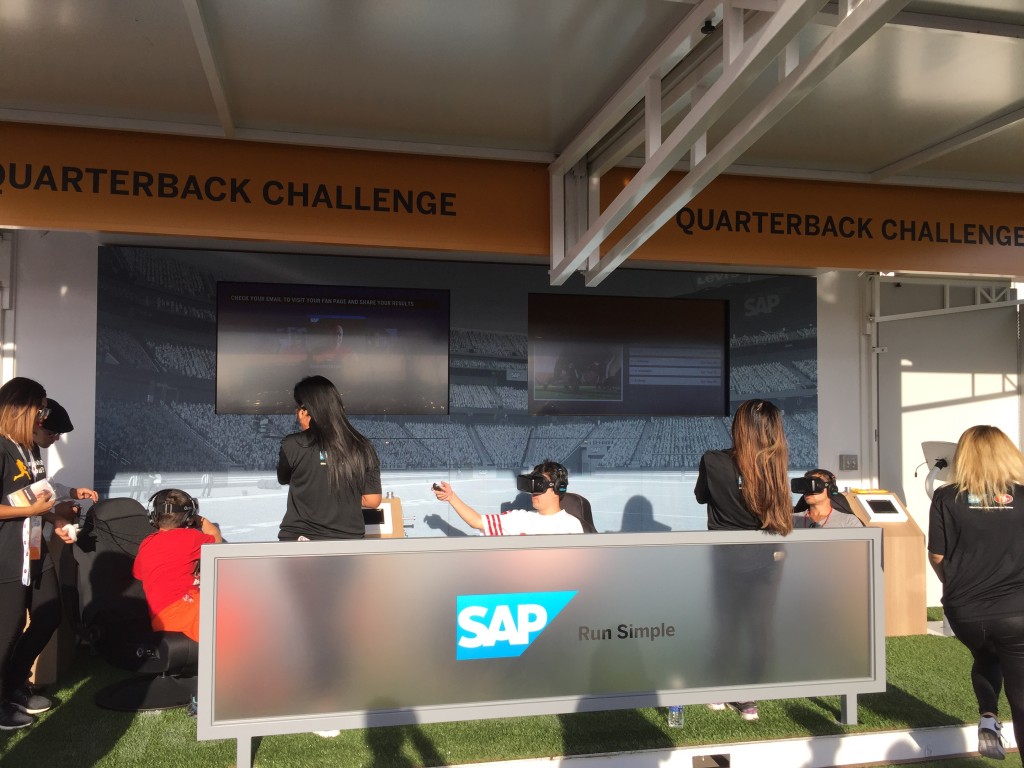 The Patriots have released this new VR experience for Patriots fans that was launched by Google Cardboard, in partnership with VISA and Bank of America, named “Travel Inside The Game“.

The idea was to immerse fans in the reality of last year’s SuperBowl winners, using a 360° video experience that saw 10,000 of the headsets handed out by the club.

The Jets have been experimenting with VR tech since the last NFL season and which has seen fans become immersed into the training sessions.

Here is a good chat with the NY Jets Seth Rabinowitz did with Fanalyse on their audioBoom channel talking about the Jets use of virtual reality.

Through virtual reality, the Jacobs Vs Ouillin bout was broadcast live to fans in VR through the Haymaker 360 App. The company used multiple cameras to create a 360-degree video where viewers were able to pan in all directions and view the match from different perspectives as well as access exclusive VR content on Haye’s workout and everyday life.

NBC Sports Group teamed up with NextVR at the Kentucky Derby to produce the first-ever live VR horse-racing experience. 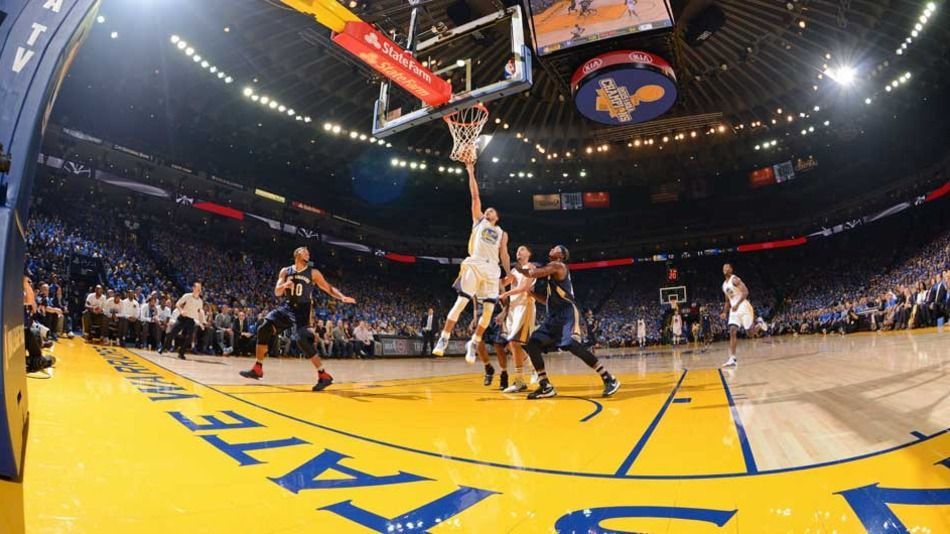 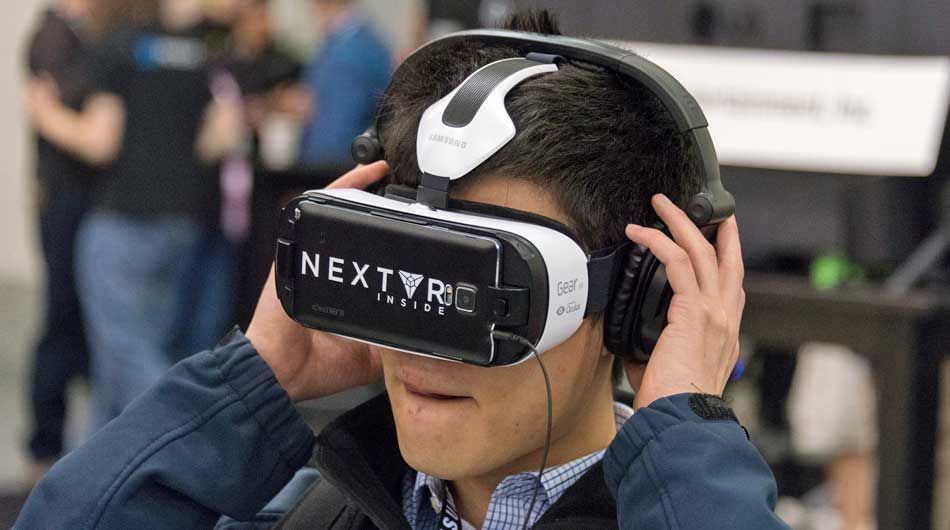 For the NHL All Stars games, the NHL gave fans who could not attend a second chance to experience each event and feel like they were there.

First up was this compilation piece from the 2016 Honda NHL® All-Star Game. Utilizing the Jaunt ONE camera to provide a full 360-degree VR experience of the action, fans received an on-ice position at the Honda NHL® Skills Competition™, a seat on the glass for the NHL All-Star Game and other unique vantage points, including standing next to the press at media day and a look inside the locker room.

Last October I checked out the Staples Centre and the LA Kings fan engagement and got to trial the PictureMe activation from Toshiba. The augmented reality activation enabled me to have the mascot transformed into a picture of us both. Toshiba states that it is bringing a mobile focus to basketball fans’ experiences at Los Angeles’s Staples Center by rolling out an augmented reality application that curates true-to-life pictures of team players with game attendees, allowing guests to enjoy a memorable photo opportunity. 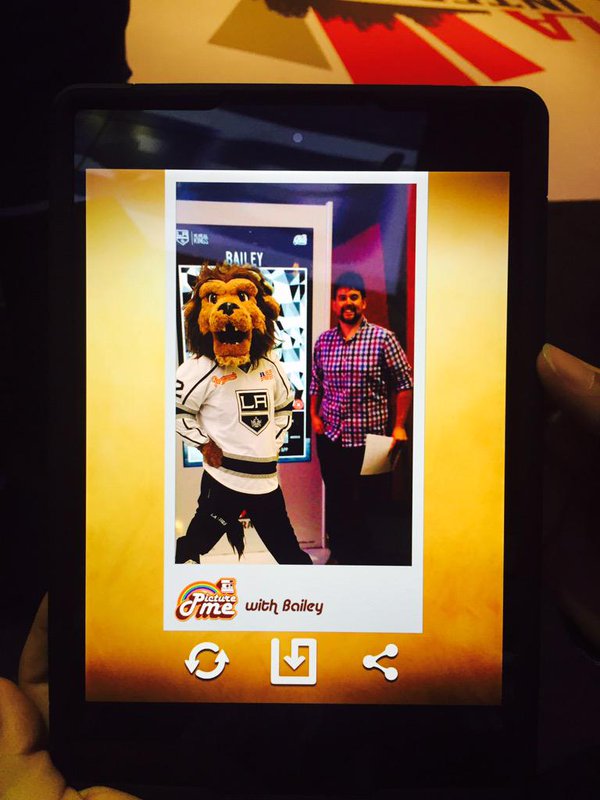 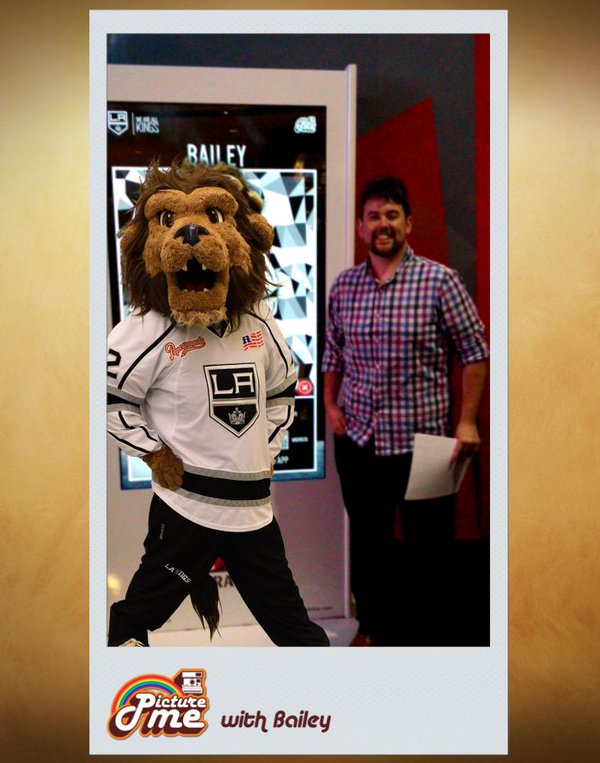 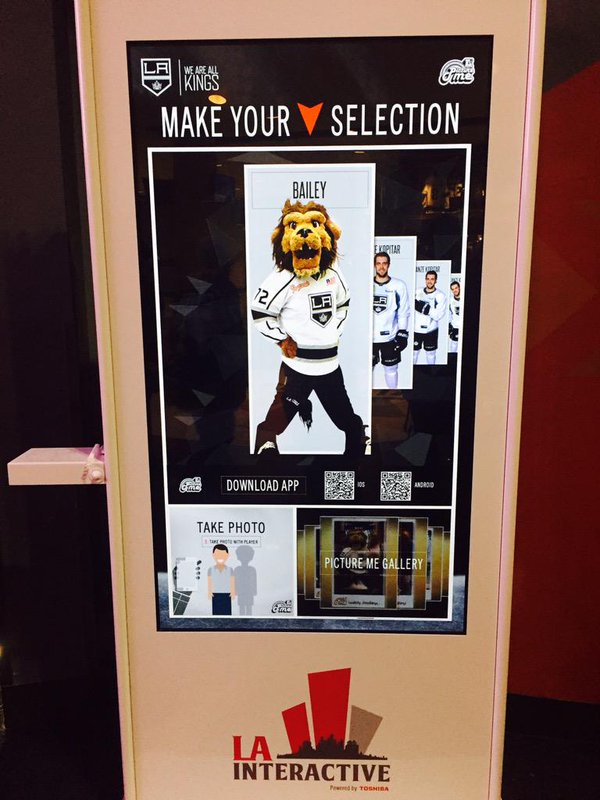 The Rangers have a goal set up that sees fans try to defend the goals as pucks fly in from the star players as the fan wears a VR head set. 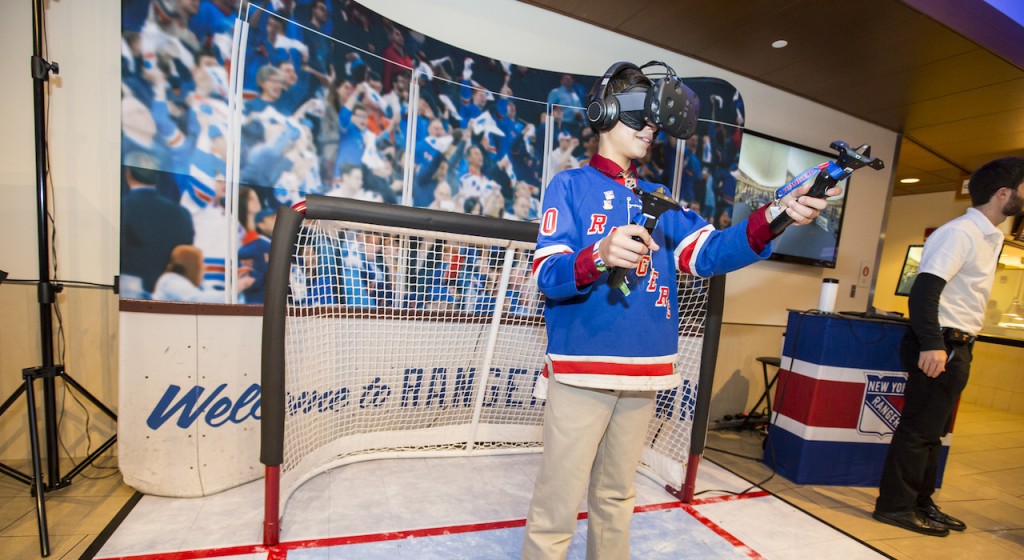 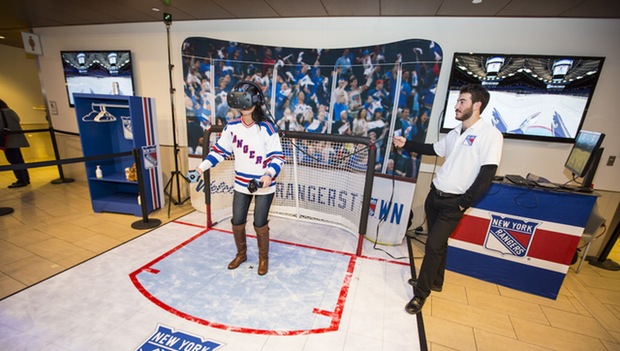 Stanford University teamed up with STRIVR to develop a virtual reality simulator that is revolutionizing sports training. 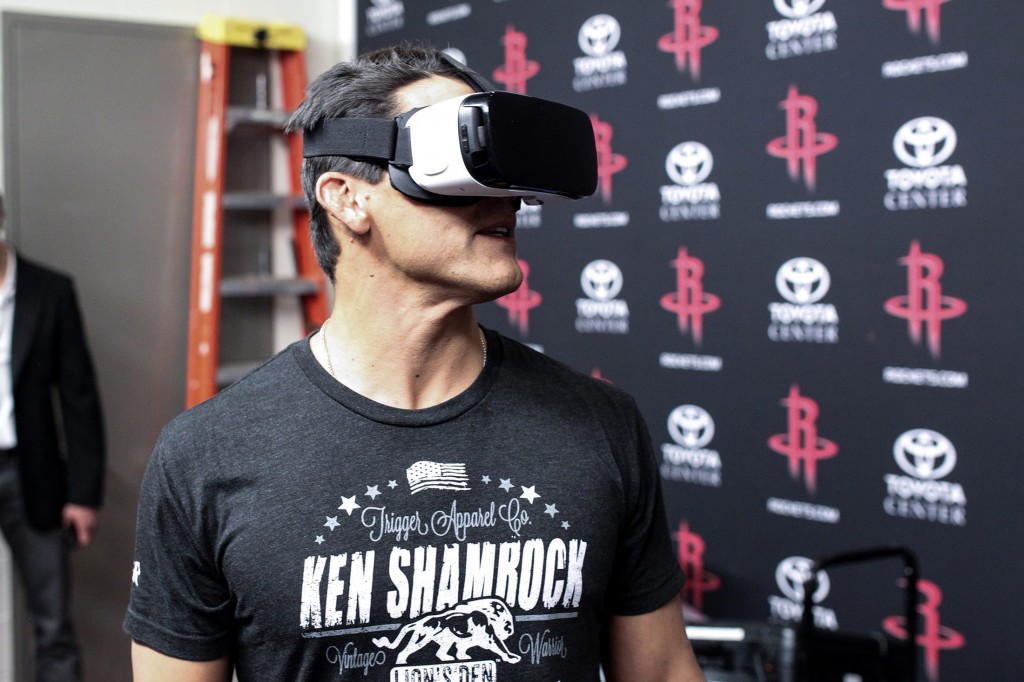 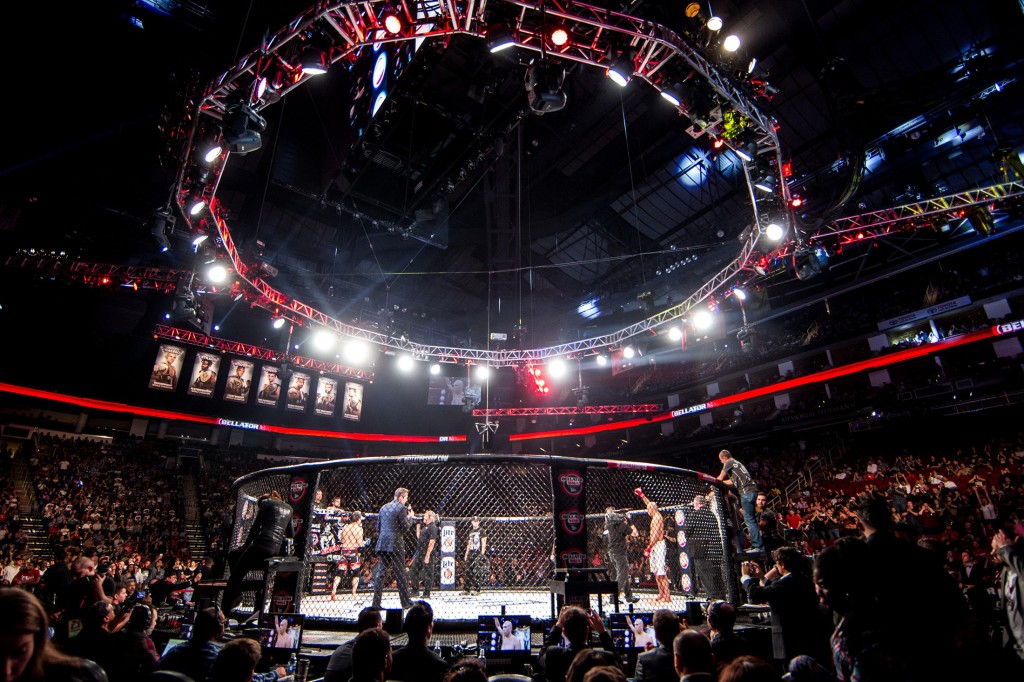 UEFA has teamed up with Nokia and their OZO professional VR Camera PC-01 to give VR viewers a 360-degree shot throughout the stadium during multiple games, including some of the England, Wales and Northern Ireland matches. 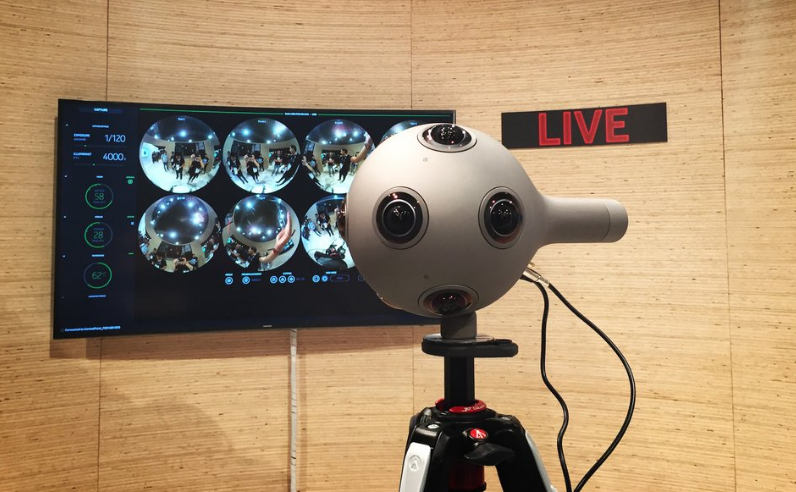 Manchester City partnered with LiveLike and Sky Sports to bring City fans in London, New York and Melbourne closer to the game through virtual reality. LiveLike had fans put on a Samsung Gear VR headset and enter into a virtual stadium where they could maneuver to see the live broadcast, replays, stats and highlights. 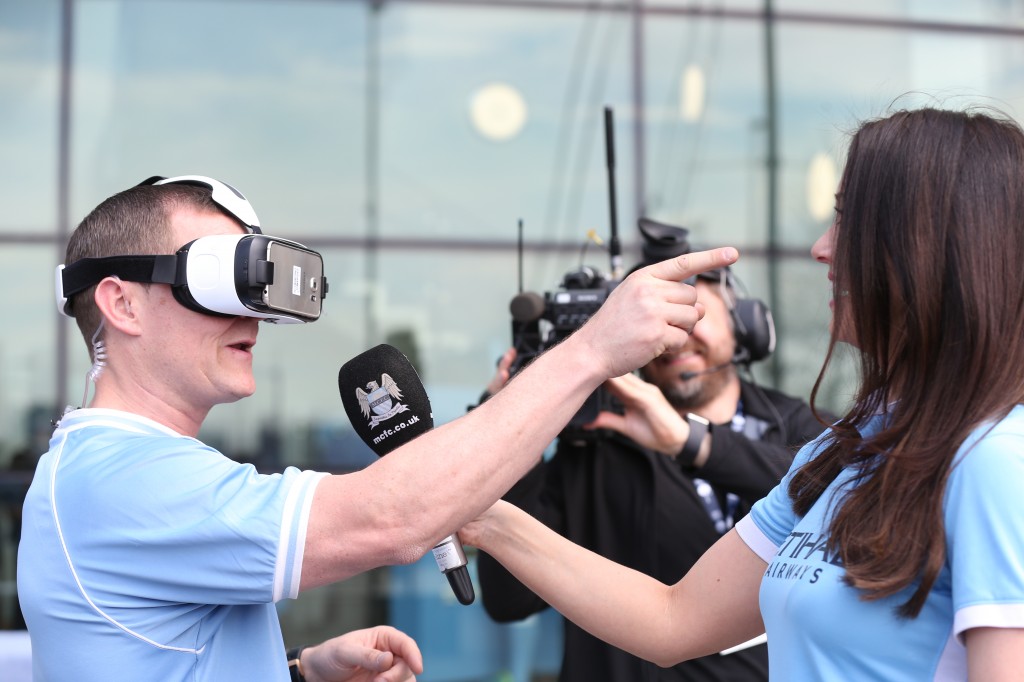 LFC fans from all over the world were able to experience YNWA in full 360 by clicking and dragging the screen below.

England set up a VR experience for fans at the Six Nations recently whereby fans could try out a Samsung ‘School of Rugby’ game on the new Samsung Galaxy S7 and Samsung Gear VR headsets with the game challenging their reaction speeds against rugby stars Martin Johnson and Lawrence Dallaglio.

England allowed fans back in 2014 to experience virtual reality with Oculus and let fans train with the England rugby team. The Oculus Rift experience put fans right in the middle of the action and gave them a 360 degree view throughout.

The Cronulla Sharks unveiled their ‘SharkPark3D’ virtual reality where fans can experience the home ground with Google Cardboard’s head set. 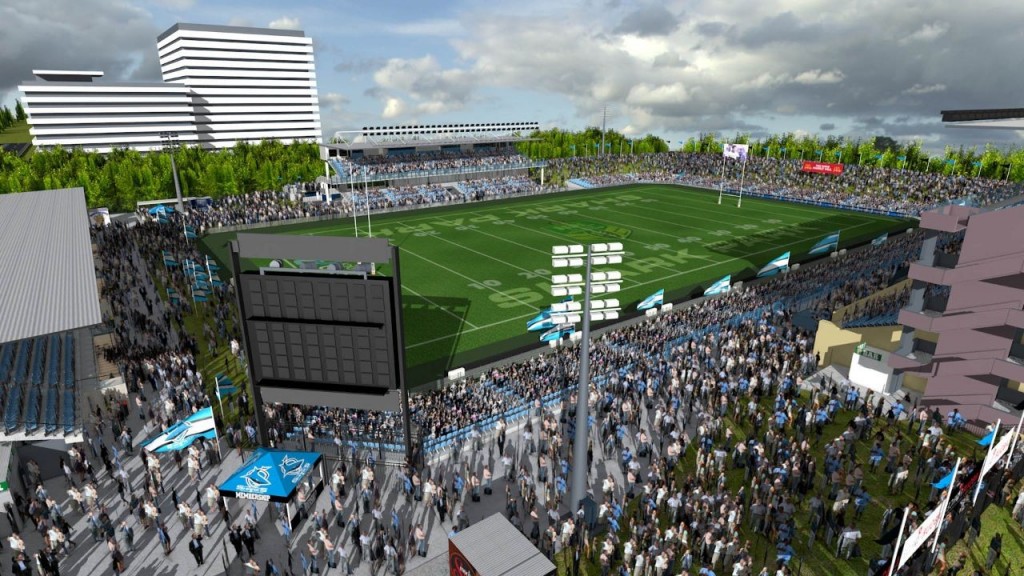 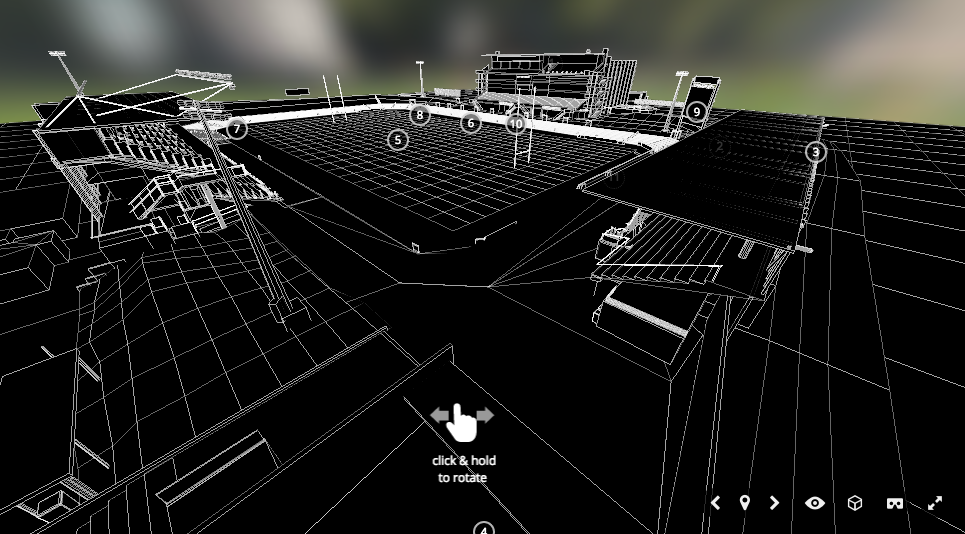 Apart from offering a wealth of fan experiences, the AUSGP also featured a virtual reality ‘BIG HELMET’ this year which let fans immerse themselves in the helmet of a Formula 1 driver. 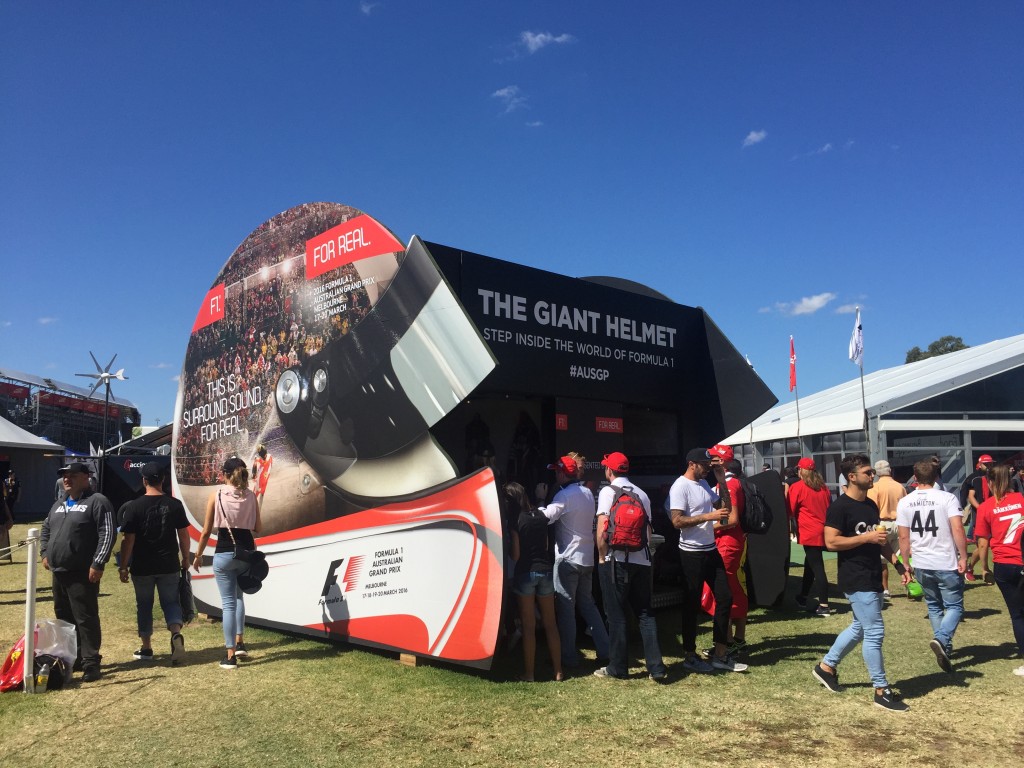 The Power in conjunction with Jumpgate Virtual Reality have created a virtual classroom where players are being educated on skills through the use of  VR head sets. Port has filmed training sessions with three dimensional cameras, with the vision transferred to 3D goggles which offer 360 degree views, sighted through virtual reality goggles. “They (players) can use the goggles and all of a sudden be almost playing football while they’re on the couch, which is helping them educate,” Power coach Ken Hinkley said on Friday. 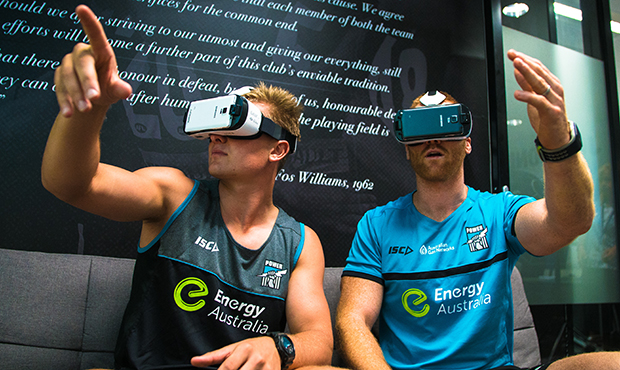 Port have also developed the PAFC Renault Virtual Reality Zone which allows fans to use virtual reality to run out through the banner from the team sheds.

The All Blacks Rugby Union team partnered with AIG to allow fans to experience the HAKA up close and personal with these AIG Haka 360º Experience viewer headsets that were given away to 5000 fans.

As part of the AO Social Shack, there was a virtual reality activation with the Aus Open 360 World ‘lab’ which let fans experience a sensory explosion from all angles of the on court action. 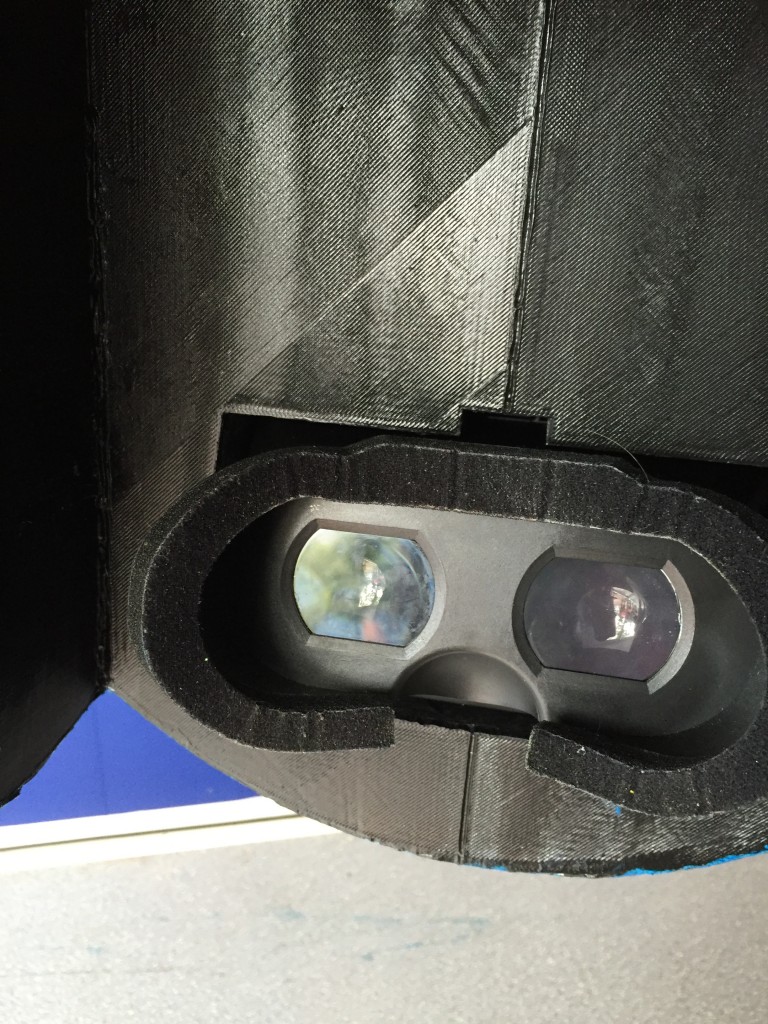 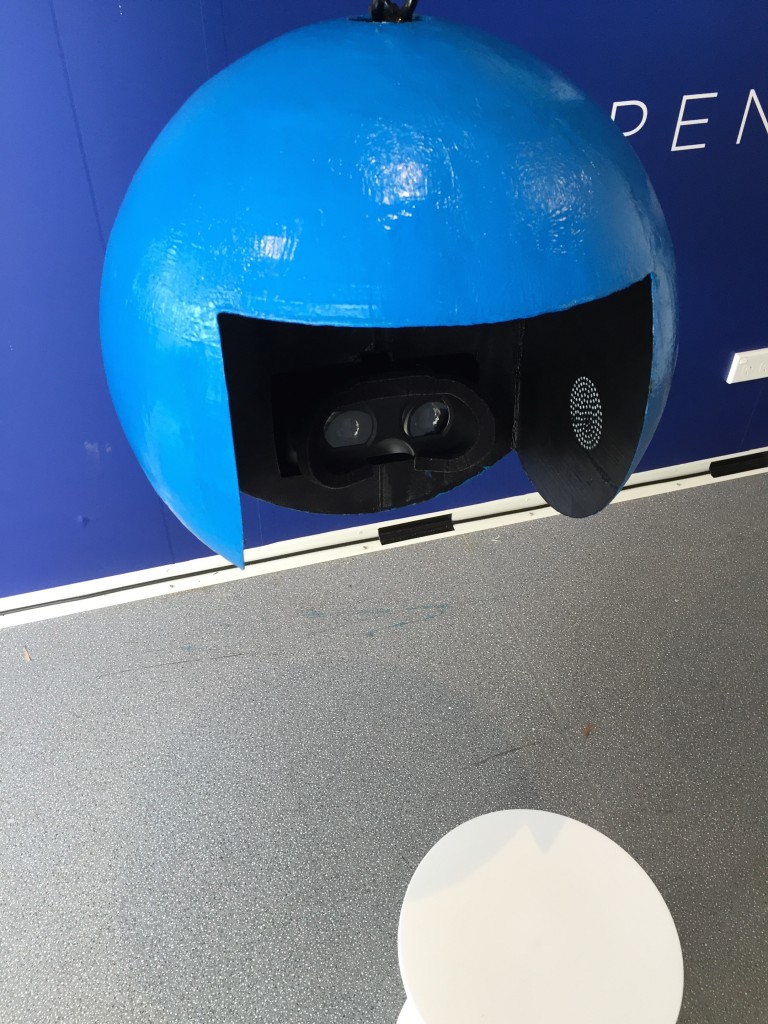 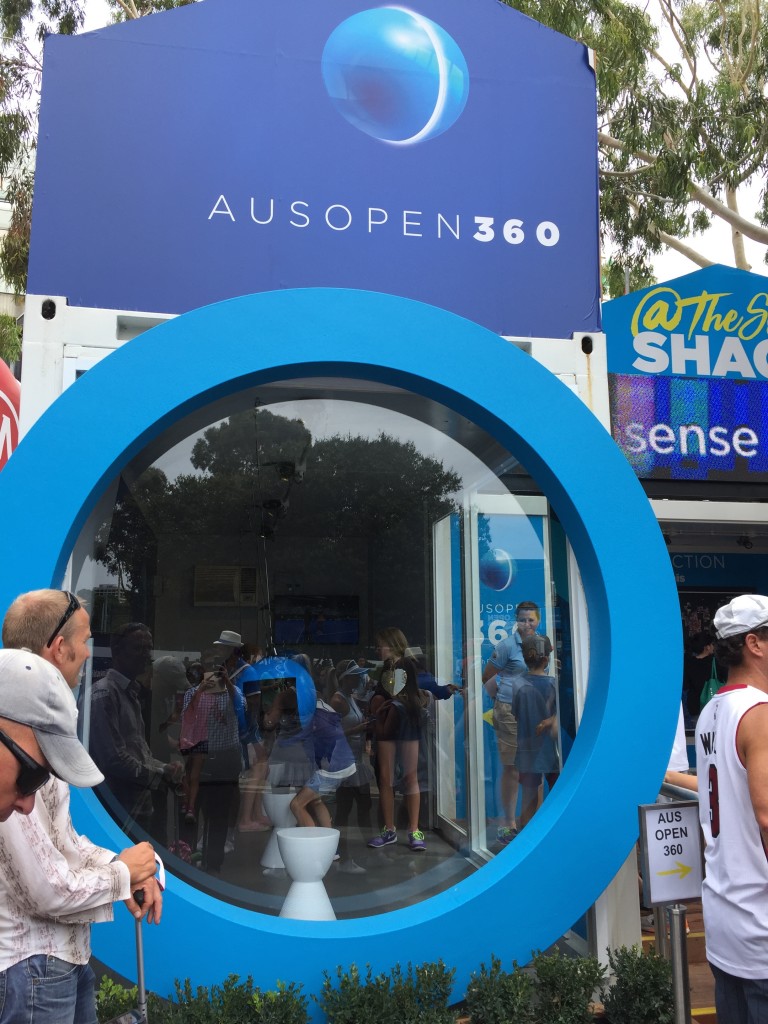 The new virtual reality film by PSV Eindhoven gave fans from all over the world the unique opportunity to get up close and personal with the players, as they re-live the scenes of when they won the championship title last season.