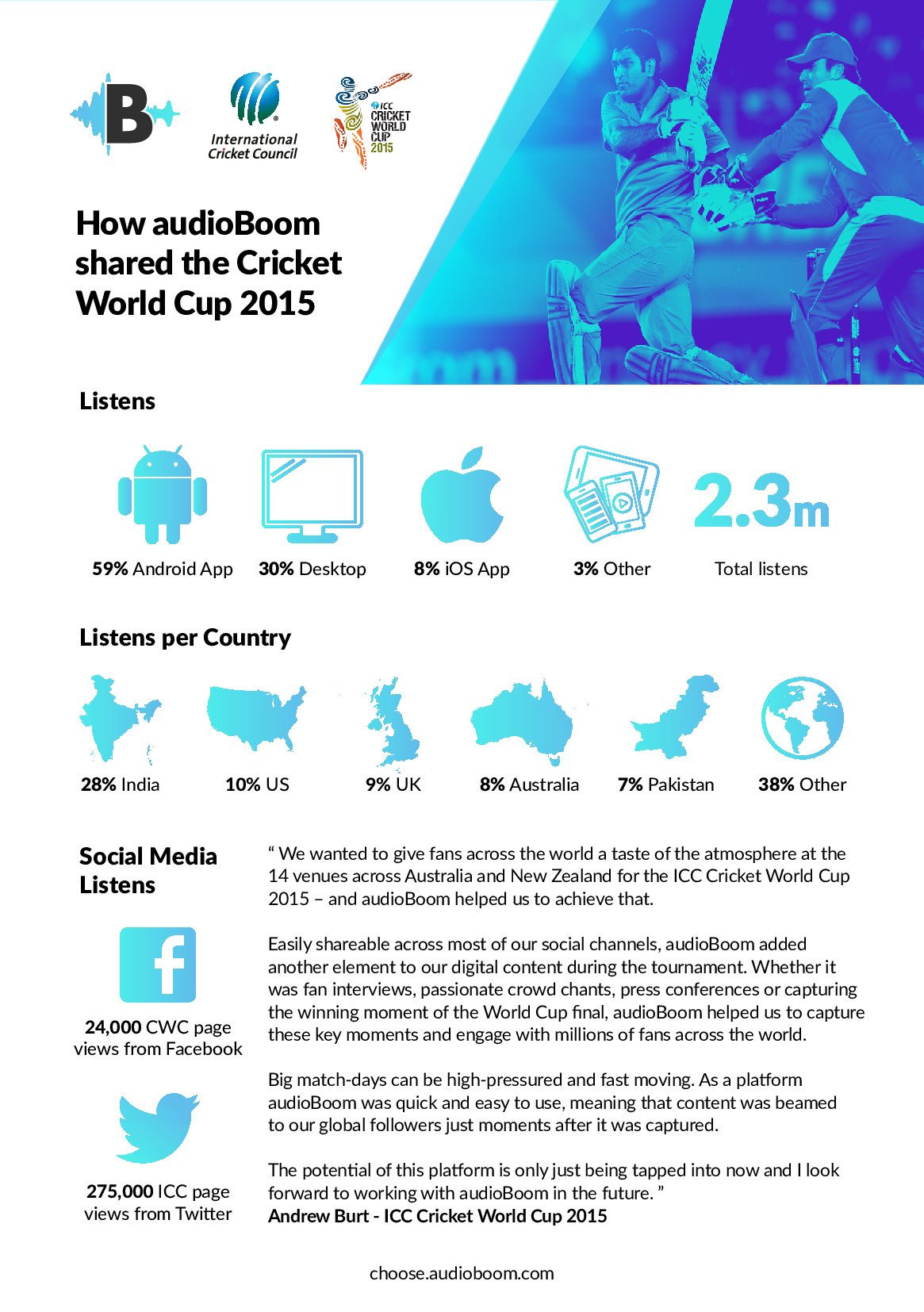 Can you believe it’s been nearly 12 months since the 2015 ICC Cricket World Cup?

At audioBoom we helped share the sounds of the matches around Australia and New Zealand by providing the hosting and distribution of exclusive audio content to engage fans at the stadium and online around the world.

We captured sounds including interviews from fans, press conferences, crucial moments in matches and much much more that generated hundreds of thousands of listens.

These posts were embedded seamlessly in the CWC’s website and on social media where our embed players play natively without being redirected to our site.

We work with the biggest names in sport, news and entertainment from the Premier League to Cumulus.

We host, distribute and monetise audio content all for free for professional organisations. In Australia we’re working with Macquarie Media, SEN, RSN, AFL, A-League and many more.

If you would like to find out more about how your business can get involved take a look here http://choose.audioboom.com/ or shoot me an email blair@audioBoom.com 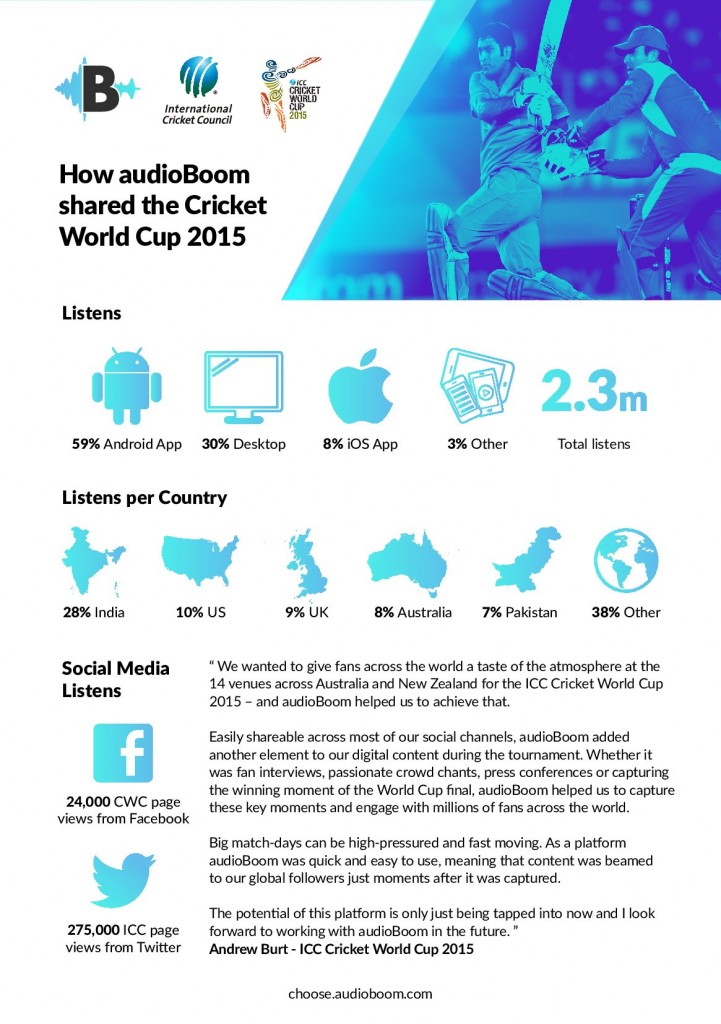