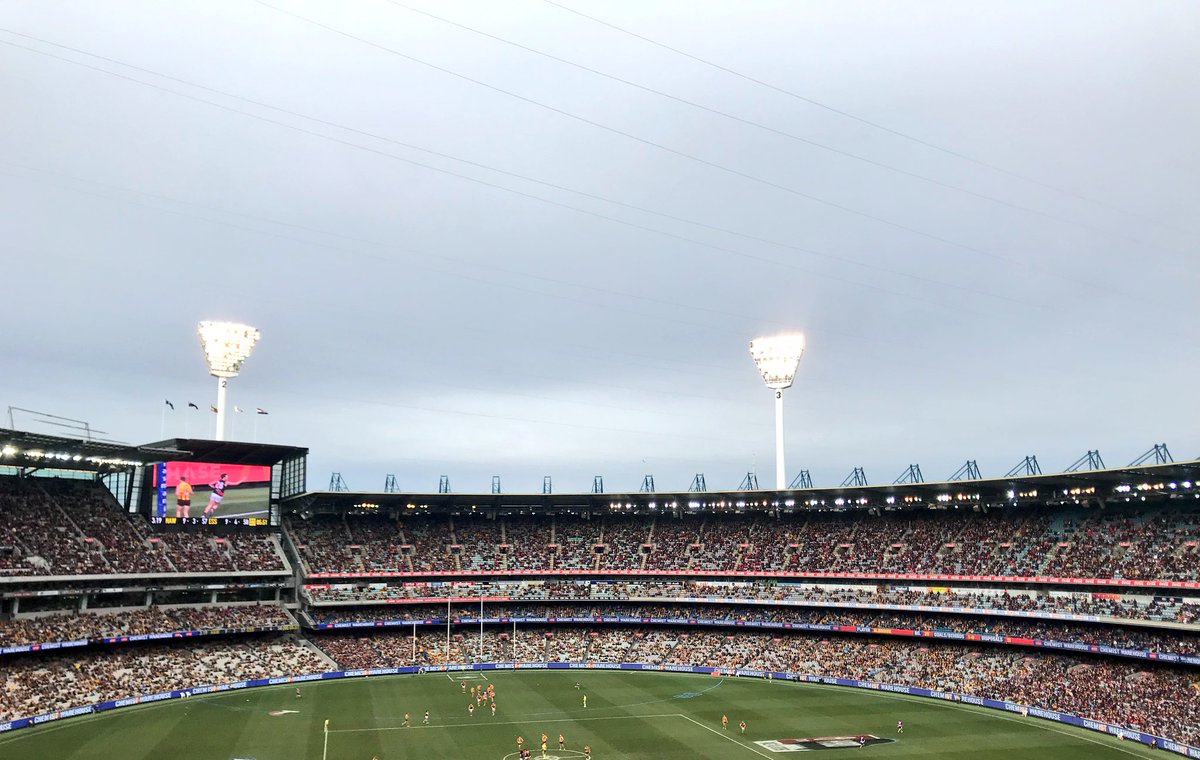 I took in the Hawthorn Football Club game day today at the MCG on a typically freezing Melbourne winter’s day down here.

Outside the ‘G’ there was a GIF booth, a power tool company entertaining kids allowing them to use leaf blowers to direct mini footies into an AFL style goal wall which was actually quite a clever and creative way to use the actual product while the big screen fan engagement included the rollercoaster cam and tee test where fans had to put on as many jerseys as they could in a minute. Surprisingly hard to get many on these on in 60 seconds.

The ‘Google Home Mini Pie Shop’ was a mysterious presence outside the ground where fans could get a special packaged box after entering the ‘pie shop’ and asking a question to a google home mini whereby a box would then come off the pie chute for them with a surprise gift inside of a free hot pie or a Google Home Mini.

I’ve been lucky enough to sample a wide variety of sponsor activations on my global venue visits and have seen the good, the bad and the ugly of fan engagement but I must say the ‘Google Home Mini Pie Shop’ that was open down at the MCG on AFL match days was right up there with the best I’ve seen.

From the colourful site presentation, fast moving line and knowledgeable staffers to the fun process fans actually go through in order to either win a free hot pie or a GHM, this was a really effective sponsor activation.

Equal parts fun and experiential but overall just an authentic and cohesive way to introduce the product and how it works to punters with a bit of that random surprise and delight at the end in a well presented gift box.

It was also good to see that they were still giving pies even to those fans who won the GHM’s. Some fans were even keeping the gift box such was the quality presentation of it.

Overall an exciting day down at the MCG to take in the Hawks set up however the stand out today was the action on the field with a backwards and forwards game highlighting especially for my mate who was over visiting the MCG for his first ever AFL game that the action on the field is the most important part of the fan experience. 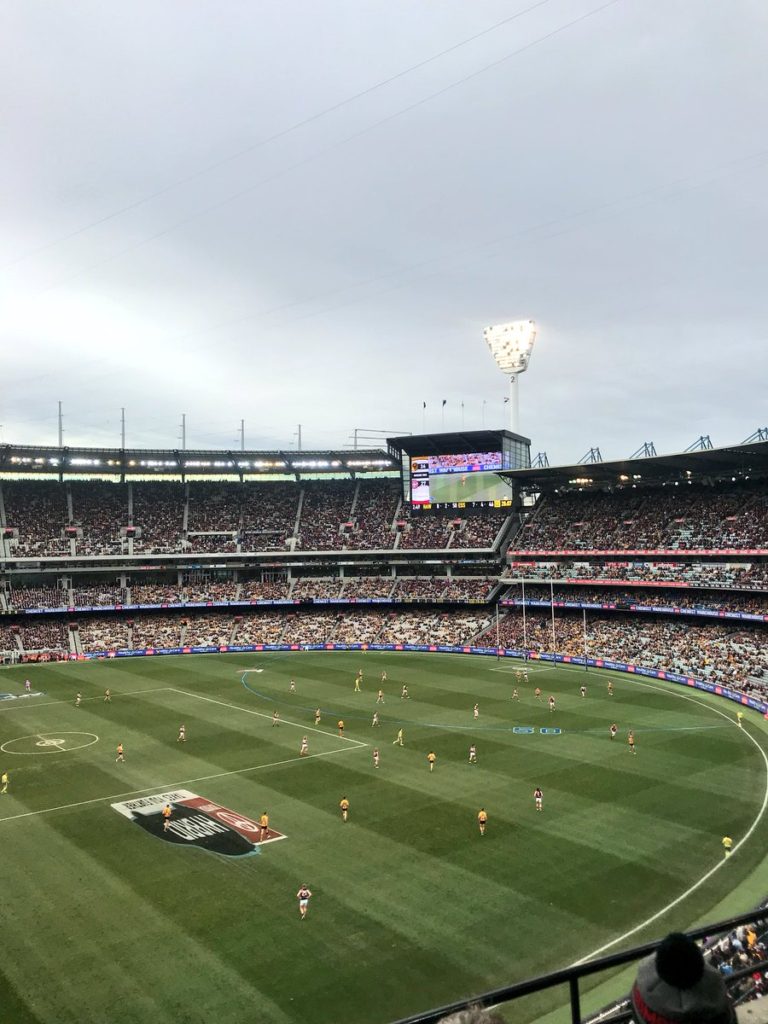 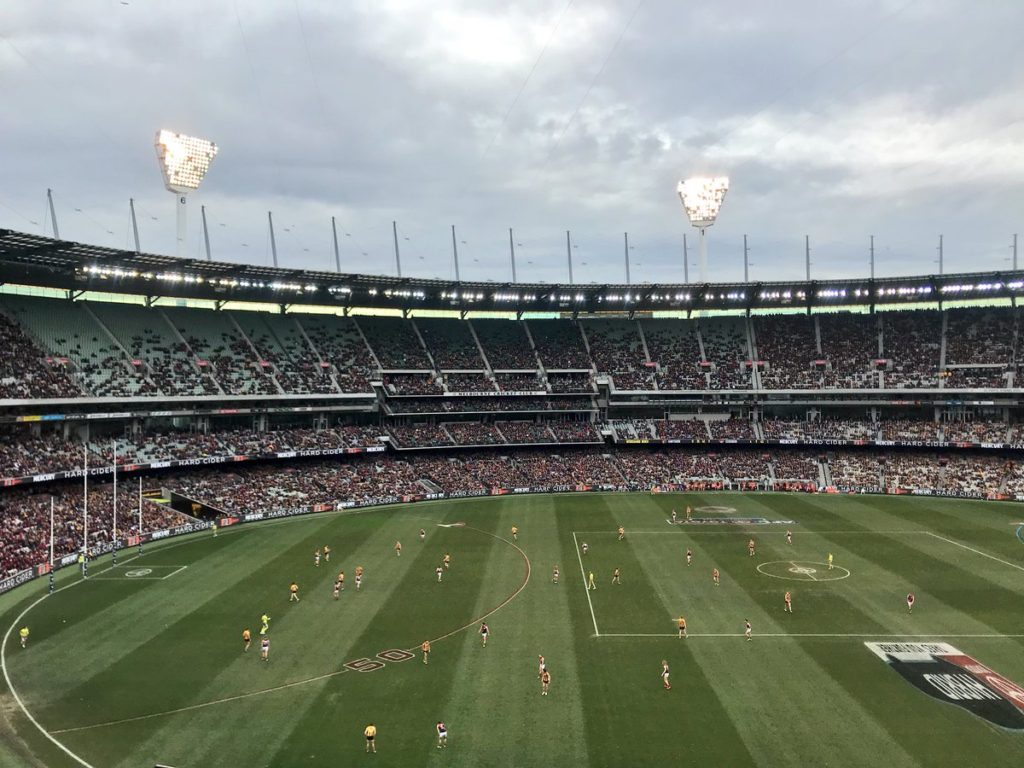 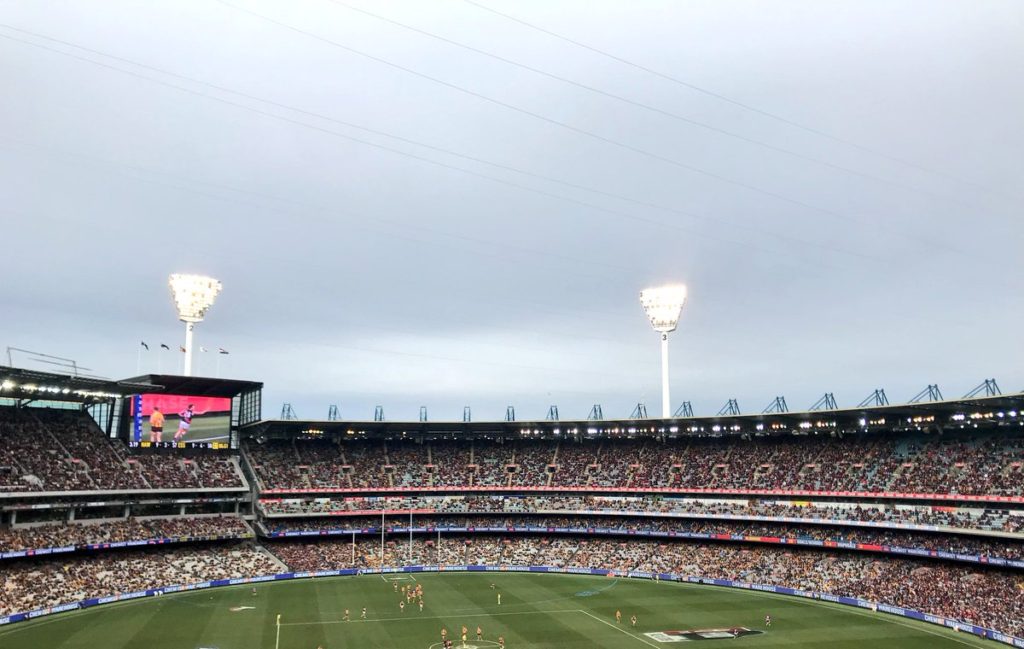 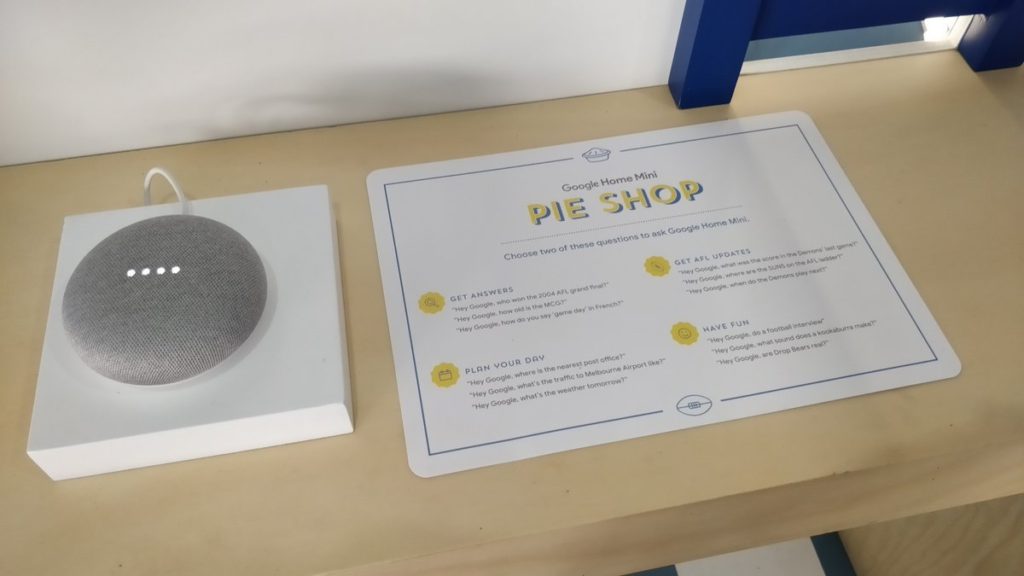 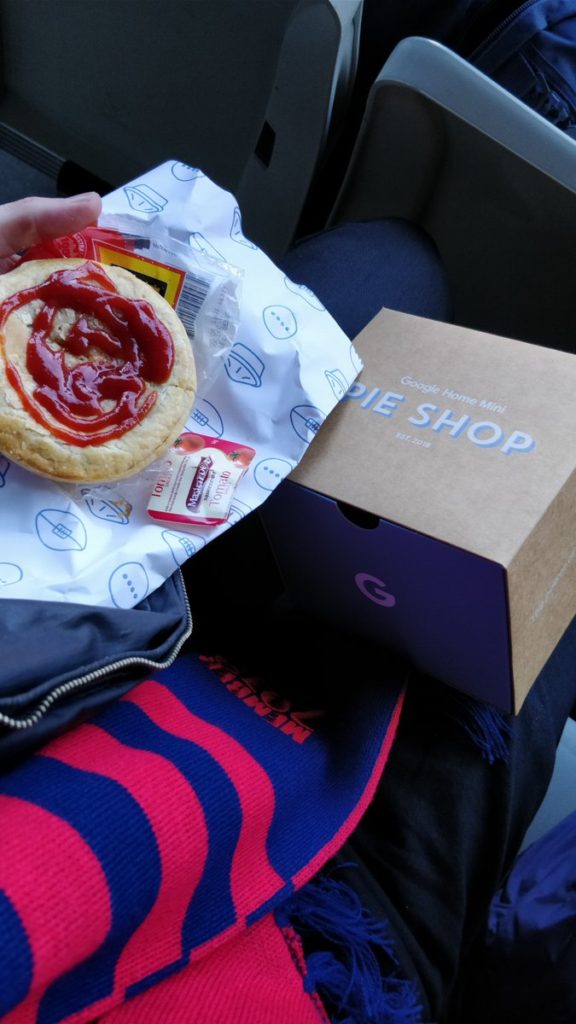 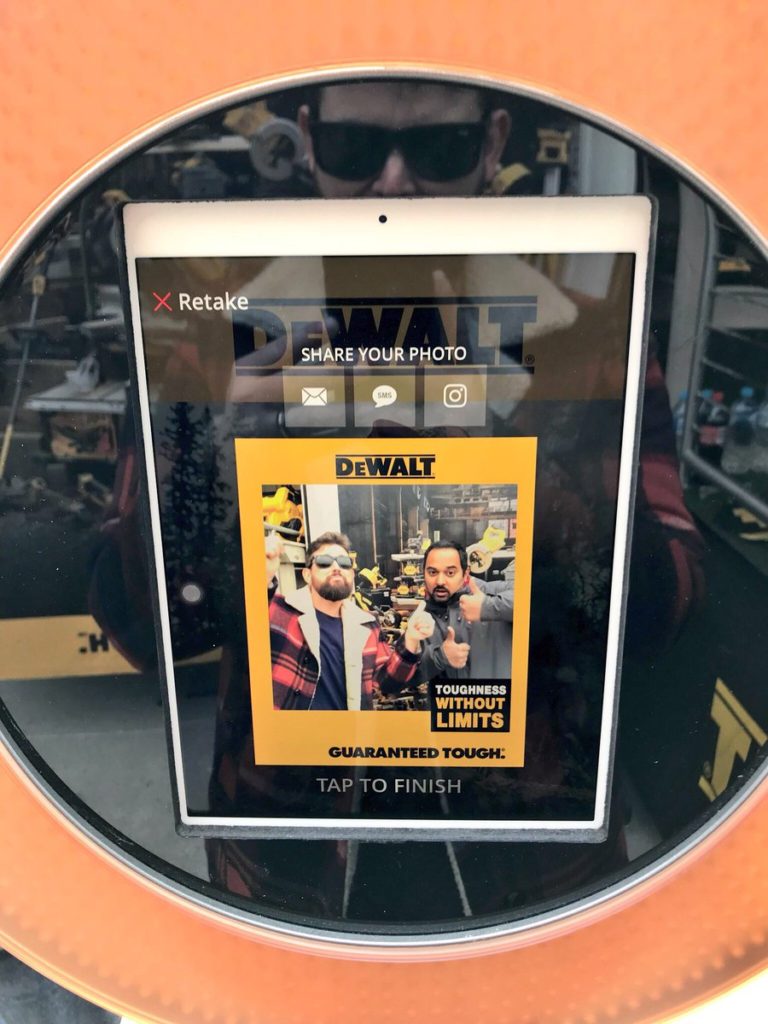 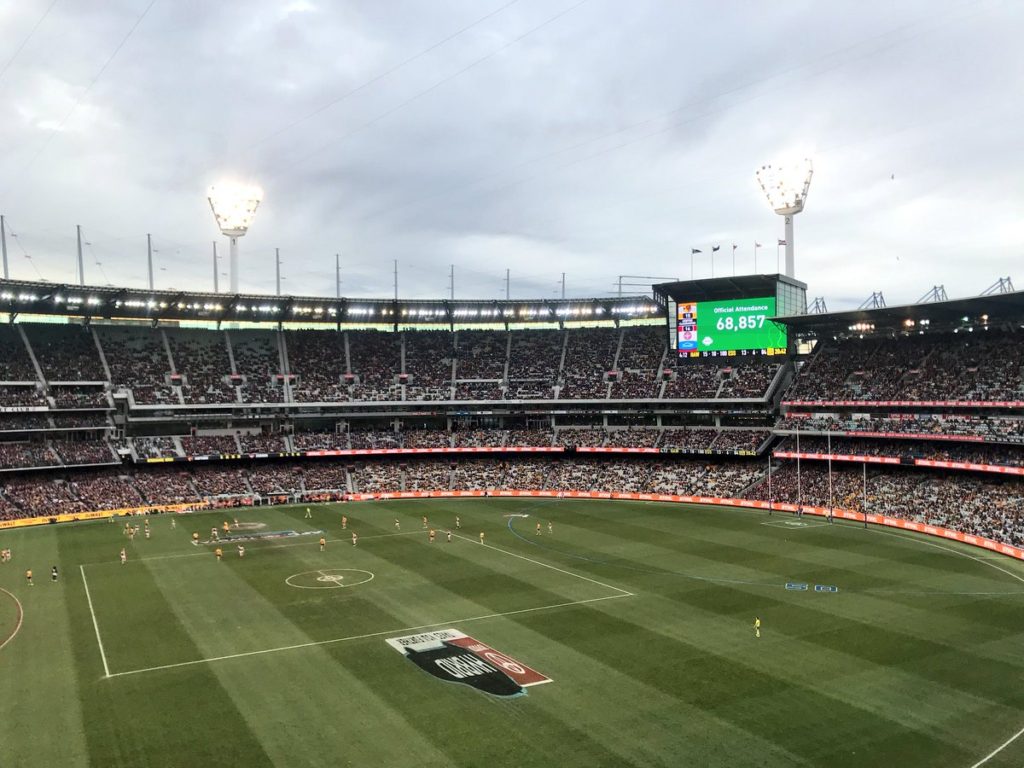 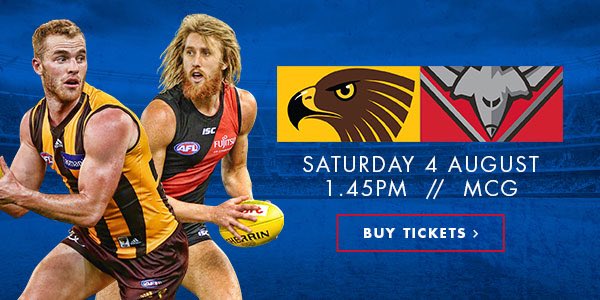 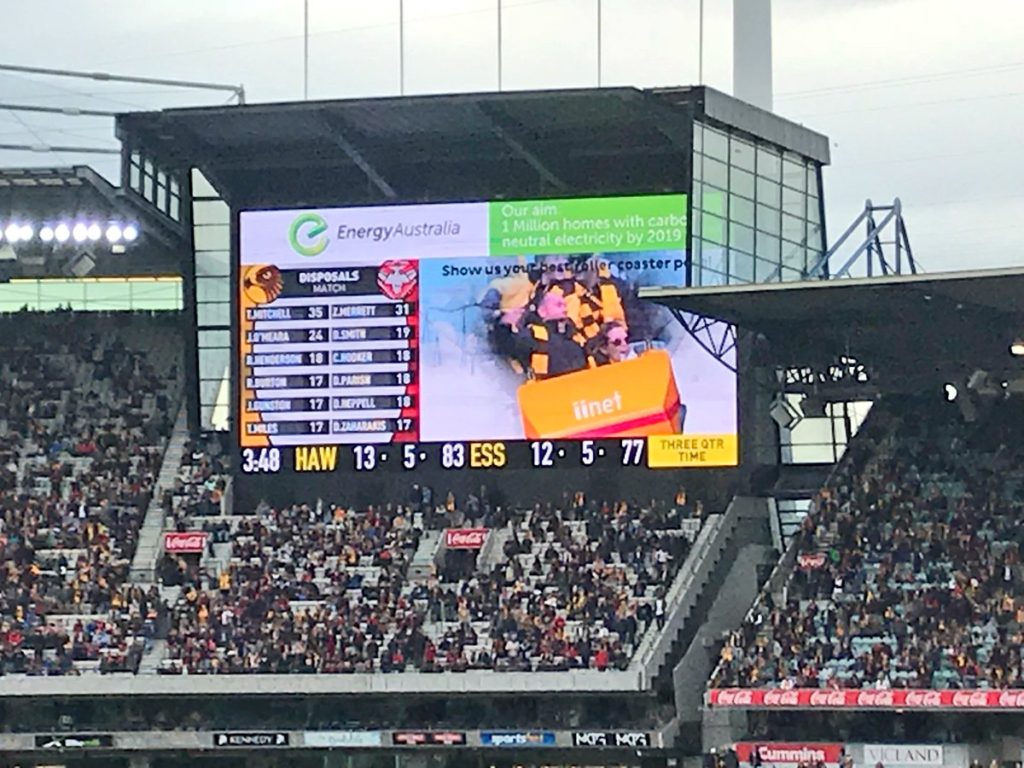 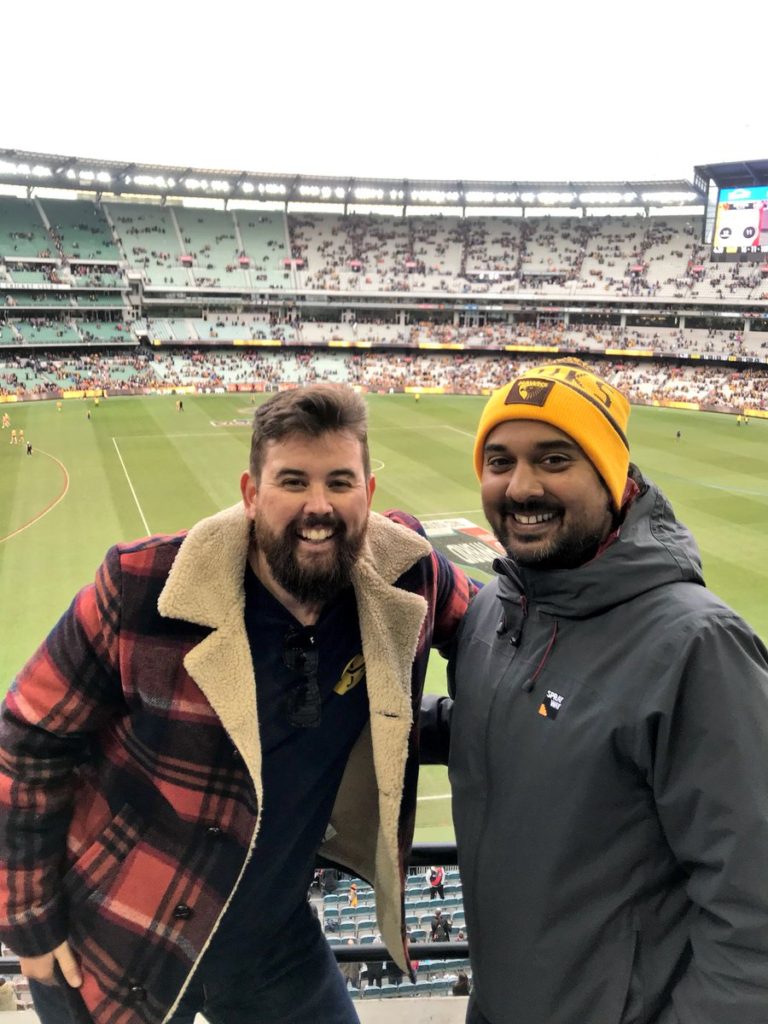 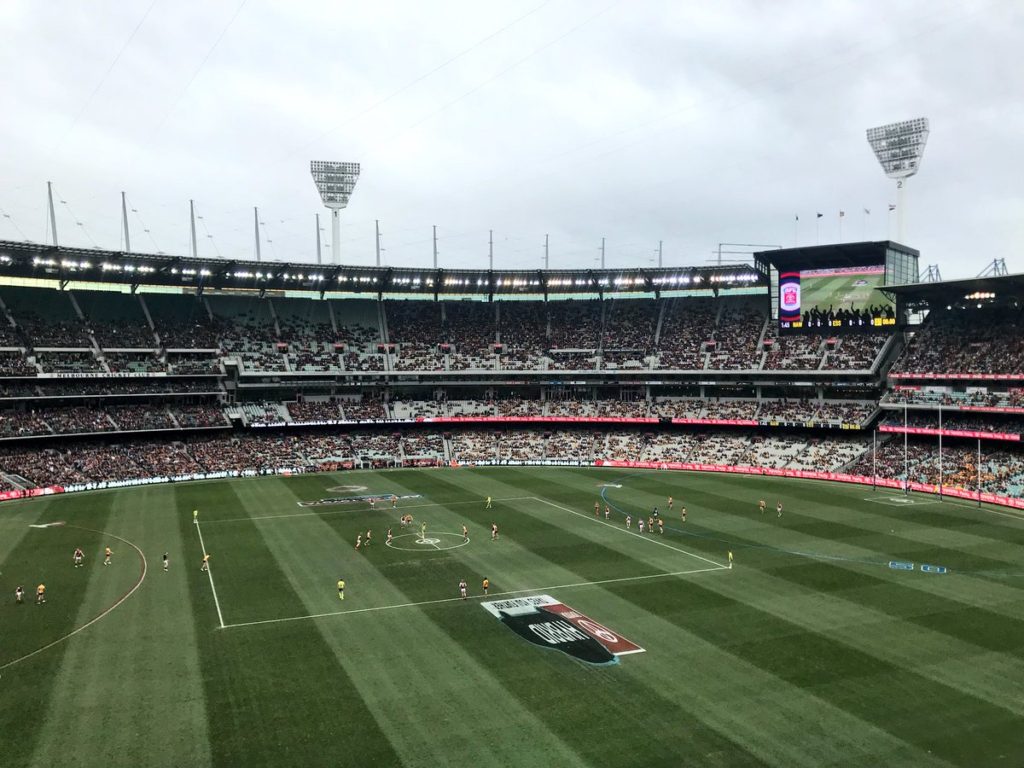 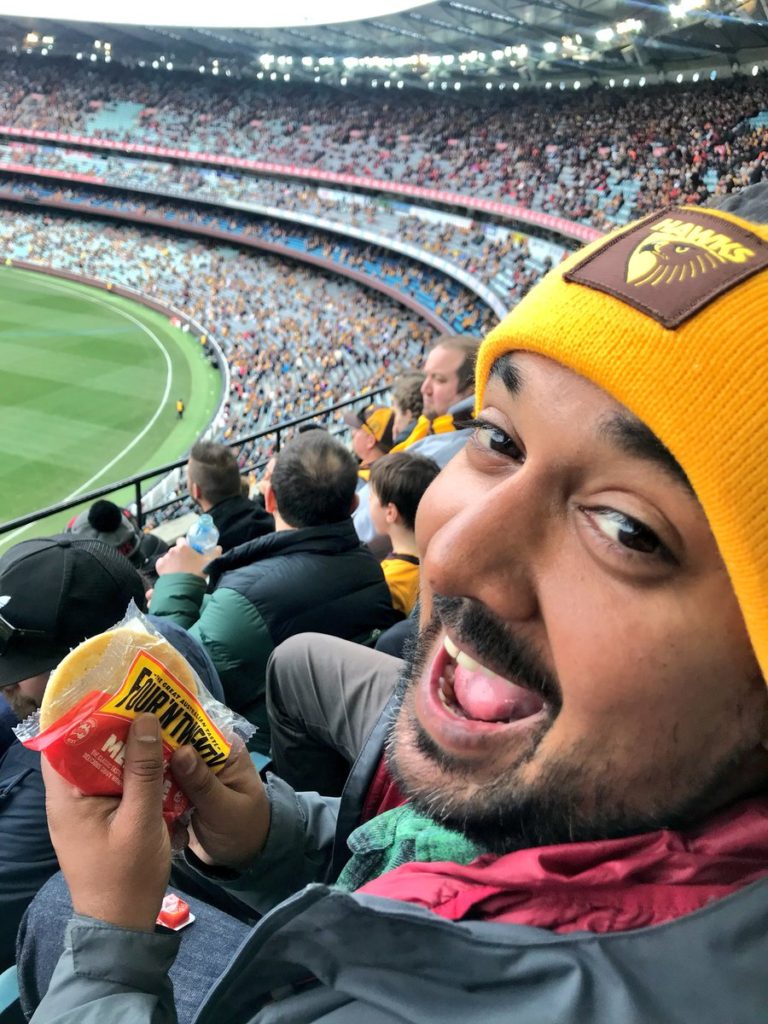 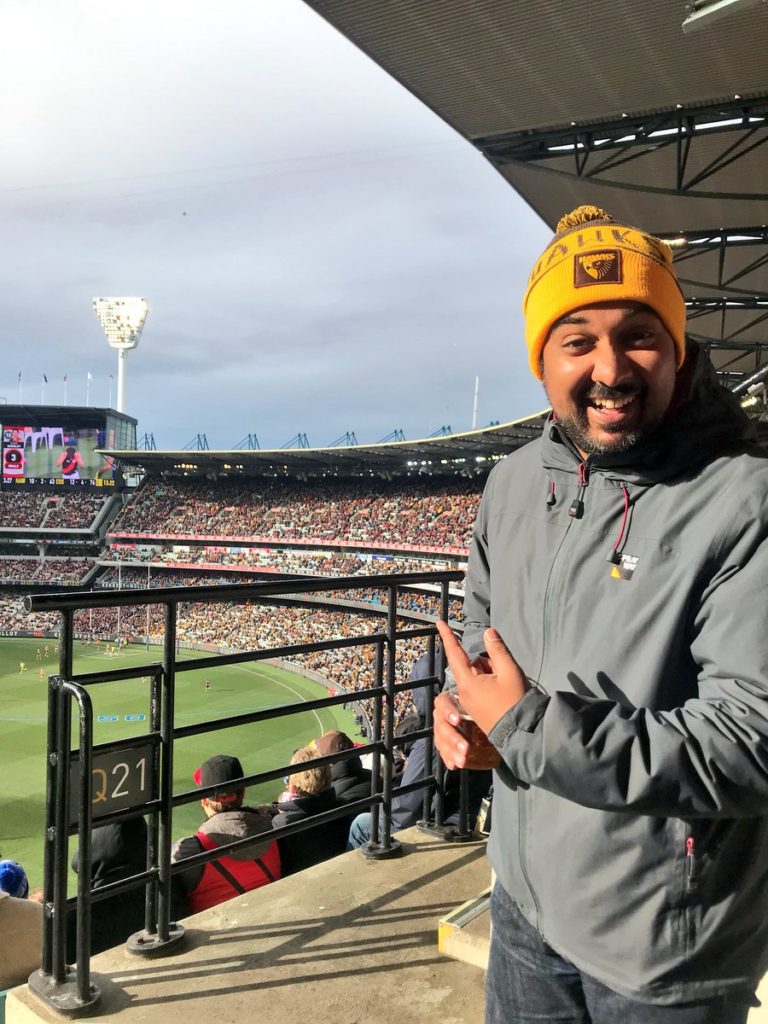 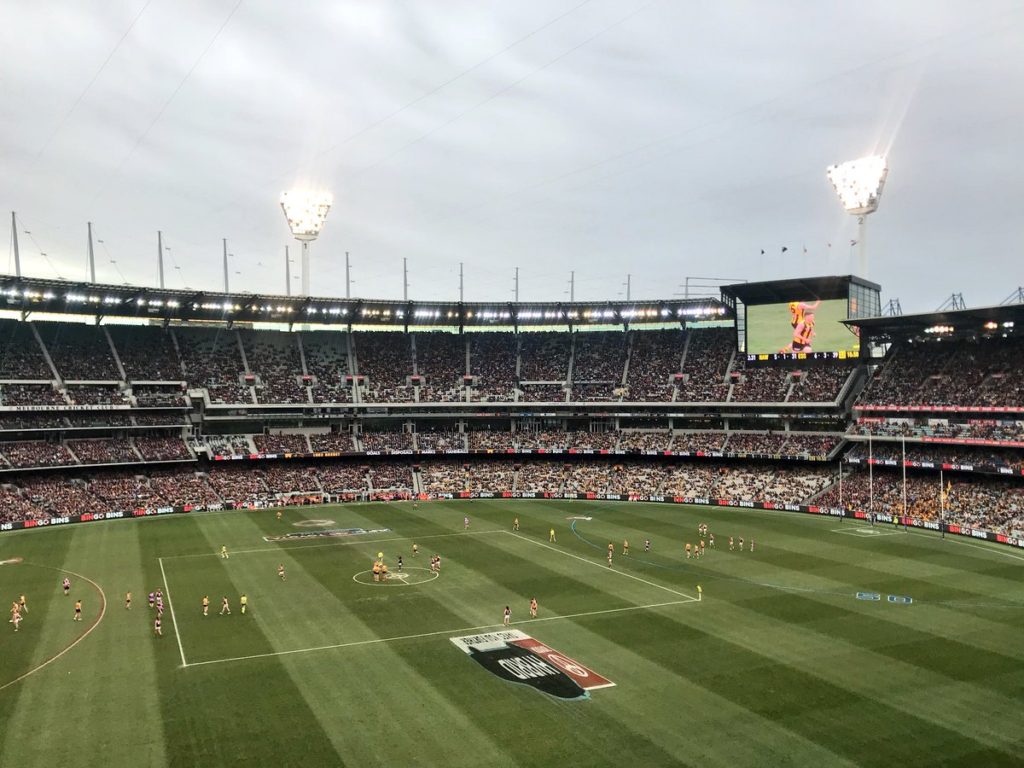 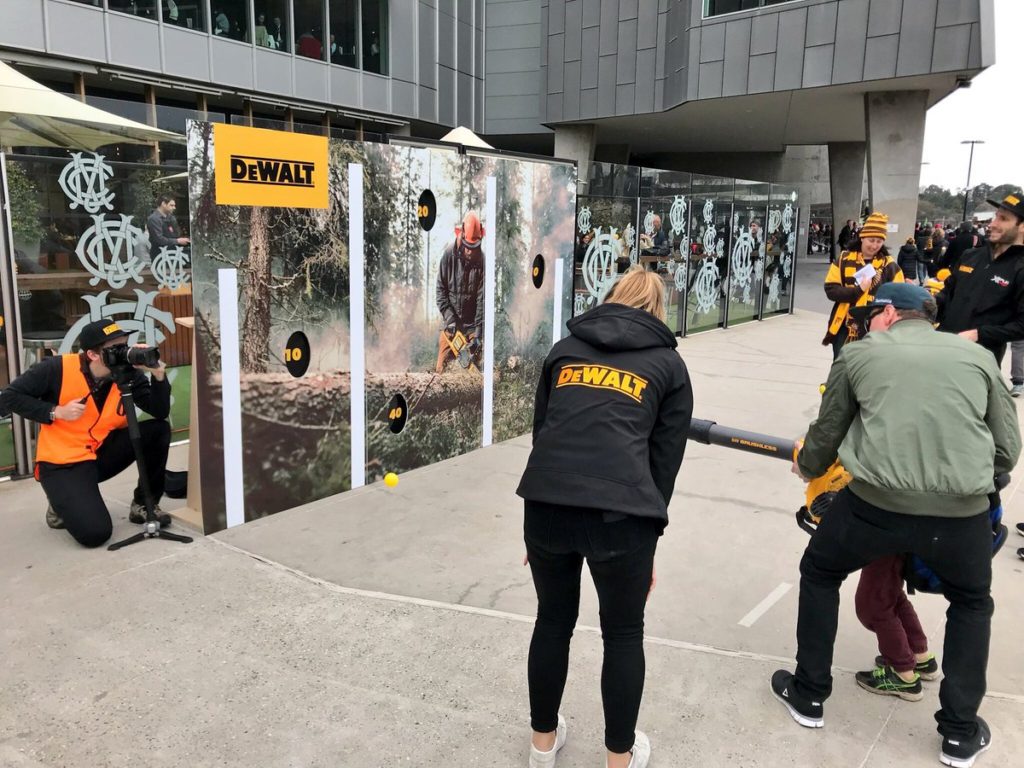 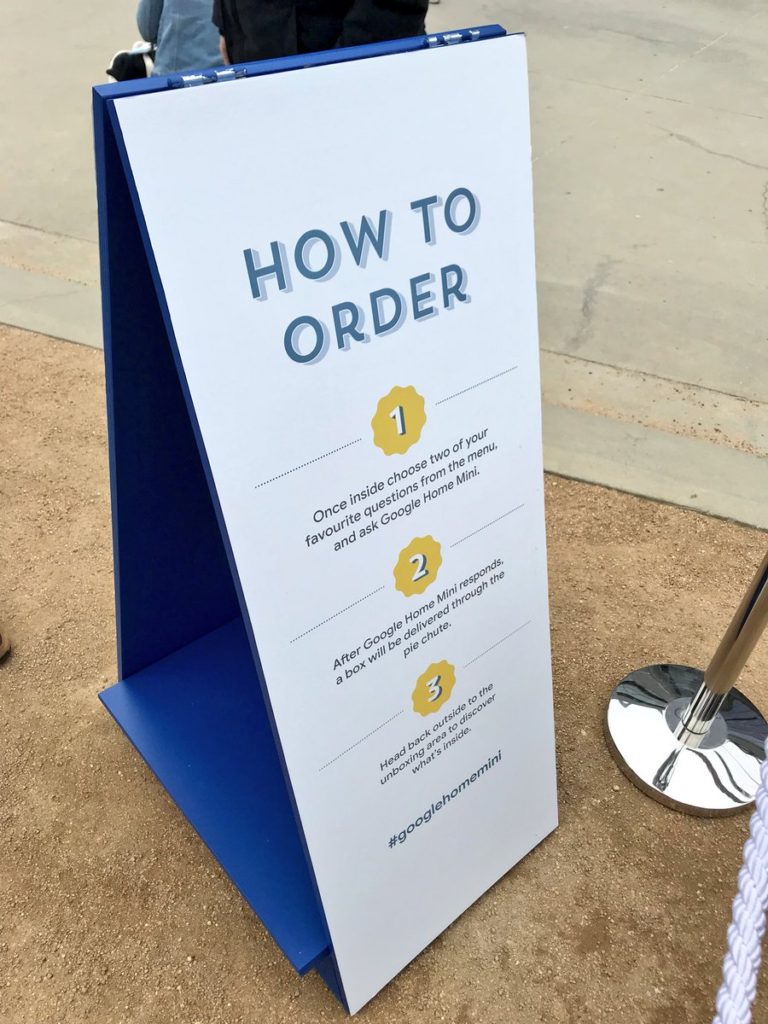 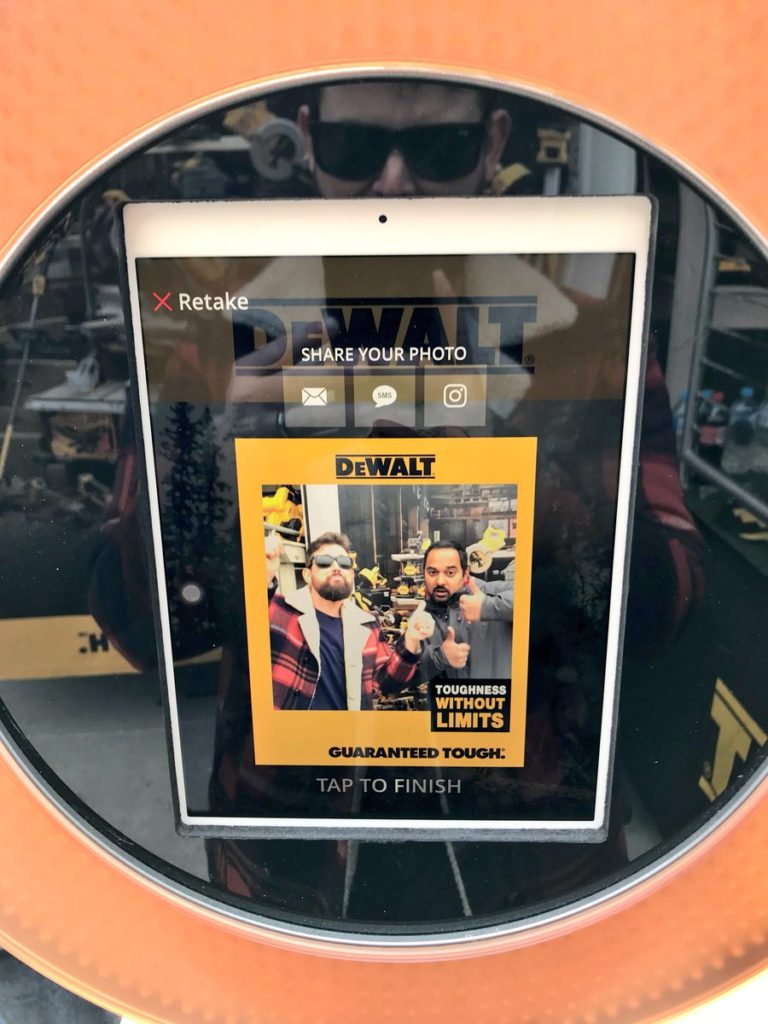