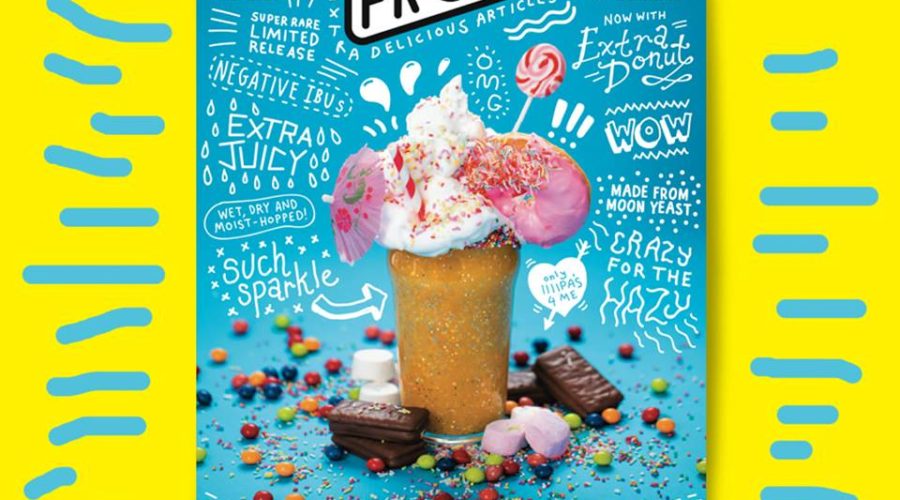 Previously in Froth Magazine I have highlighted the emergence of commercial partnerships between Australian craft breweries and the sports business to illustrate how this particular fan engagement initiative is driving deeper emotional loyalty between sports fans, craft breweries and our local communities along with enhancing the game day fan experience across the country. Collaborations for instance between Newstead Brewing and the NBL’s Brisbane Bullets with their ‘Ale-y Oop’ beer along with the increasing availability of craft beer in our sporting venues such as Gage Roads brews now at Optus Stadium in Perth emphasize the positive outcomes and benefits that can be achieved for all stakeholders when a focus on fan engagement is applied.

With the ever expanding and competitive market place of the Australian craft beer industry it is now more than ever vitally important that craft breweries understand and engage their fans and local communities with creative, memorable and authentic marketing strategies in order to secure their long term success. This article will therefore look at a cross section of Australian craft breweries to showcase the successful fan engagement strategies that some are using to turn craft beer fans into hardcore brand ambassadors and what other craft breweries around Australia can learn from these initiatives to acquire new fans.

The term ‘fan engagement’ is a buzz marketing phrase that’s become synonymous within the sports business as a result of a number of current global challenges it faces such as from the increasing competition from other leisure activities and the rising costs of attending matches. Consequently, teams and venues have put an emphasis on putting ‘fans first’ by implementing fan engagement strategies that involve everything from offering cheaper pricing on food and beverages, creating innovative tech driven fan zone activations to more simply improving customer service to ensure that fans are given more bang for their buck on game days.

Best practice fan engagement involves being consistent, effectively listening to your fans needs as well as providing them with a sense of ownership so that they can express their love for a brand and it’s these principles of fan engagement which are readily transferable to a number of industries especially the craft beer world. It’s clear from the brief snapshot of the craft breweries showcased below that while the Australian craft beer industry faces it’s own issues, breweries are successfully implementing impressive fan engagement initiatives around their local communities that are helping to win over new fans.

From diverse sponsorship and community initiatives to loyalty programs and creative content marketing, craft breweries across Australia are engaging fans in clever and outstanding ways that deserve to be showcased so here’s a round up of what’s happening at a brewery near you across the country.

Starting with Queensland craft breweries and Black Hops are going the extra mile for their fans by producing a podcast and book as well as having established a successful crowd funding campaign that led to their ambassador group growing to over 1,000 members. Putting their fans well and truly first Black Hops are even making a beer this month that is a collaboration brewed with some of their most hardcore customers. Meanwhile Burleigh Brewing have set up a huge outdoor cinema to screen classic films over summer while Range Brewing ran a non-perishable food drive over Christmas to help out their community.

There’s plenty happening in New South Wales with Stone and Wood finding great success with their inGrained Foundation that supports grassroots environmental and social charities in the local areas where their fans live and work while they took a fan first approach with their brewery as it was inspired by the idea of creating a village brewery that would be a meeting place to bring people together. Stone and Wood’s marketing manager Jasmin Daly further highlights that ‘meeting the people behind the brewery can give people a new level of depth and appreciation. For us it also allows us to receive feedback and personally connect. Having these real and authentic experiences humanises the brand or business.’

In Sydney Batch Brewing have brewed beers inspired by the local community such as the ‘Marrickville Pork Roll’ beer which was brewed with ingredients from a famous pork roll shop in the area while Canberra’s Bentspoke Brewing are conscious that it’s not just about the paying customer with their marketing coordinator Tash Shan stating that ‘their brewpub is an important place for beer drinkers to road test new brews and grow the connection and engagement between our fans, brand and reach new craft beer lovers’. Bentspoke like many other Australian craft breweries have also both partnered with major sporting teams and donate their spent grain back to farmers in an effort to further engage with their community.

Another craft brewer that’s huge on fan and community engagement is Wayward Brewing with initiatives such as ‘Craft for a Cause ’ raising funds for a local charity through the brewing of a special beer while their love for their fans furry friends extends to allowing pups on the premises with their #DogsOfWayward also haven taken on a life of it’s own amongst Wayward fans as it showcases fans and their dogs from the local community. Wayward’s creative director Faye White explains further “We love thinking up fresh and exciting ways to engage our fans at Wayward. It is also so important to us that we give back to the community that gives us so much loyalty and support”.

Down in Victoria and Venom Brewing add an element of fun to their marketing by running games like tinnie toss and having a prize wheel to entertain fans at their promotional events while Burnley Brewing host events such as trivia nights, offer weekly merchandise giveaways on social and also run free brewery tours and tastings every Monday which is a brilliant way to showcase their beers to local residents. Another brewing company who greatly understand the importance of listening to and engaging with their fans is Two Birds Brewing who as co-founder Danielle Allen states “We’ve had many fans from all over Australia who have supported us from the get go and are a part of our story. We’ll never forget that, and in turn we do our best to keep them engaged by offering giveaways, a loyalty program at our tasting room The Two Birds Nest (we call them Frequent Flyers!), and we listen to suggestions on new beers and what they want from us. It’s actually how Taco became part of our permanent lineup – our fans asked and we listened!”.

Stomping Ground are another Victorian brewery who have done plenty of good things in the community with their Pridelweiss and Movember brew initiatives having collectively raised close to $200,000 and they’ve also put a big focus on catering for families at their beer hall by creating a cubby house and colouring in menu to keep kids and families entertained. Lastly, Hop Nation continues to grow their fan base through local community initiatives by sponsoring local sports teams, schools and kindergartens and recently made a collaboration beer ‘The Patron’ with the Footscray Historical Society.

The focus on engaging with the local community continues further south with Tasmania’s Moo Brew sponsoring a range of events including charity balls, local art exhibitions and live music because as marketing manager Tim Dudgeon notes ‘supporting our local community is key in developing our grass roots following. Doing so helps to build equity in the brand and familiarity with our product range. It also is a form of inspiration for us, enabling us to stay in touch with our core customers and learn from their experiences with our products.’ Skipping north west across to South Australia and Prancing Pony are also big supporters of emerging local artists and showcase live music and exhibitions at their brewery with CEO and co-founder Corinna Steeb stating that by ‘working closely with the local community we can make sure that we’re building a healthy and prosperous community for everyone around us’.

Finally over to Western Australia and Black Brewing have recently launched their new venue ‘Caves Road Collective’ where they’ve brought together their partners Dune Distilling and Ground to Cloud Wines all under one roof to showcase the three disciplines of brewing, distilling and winemaking combined with the amazing food from the gorgeous Margaret River region. Fellow West Australian brewer, Gage Roads is also supportive of their community’s grass roots events and has sponsored local art shows, concerts, musicians and films and recently sponsored a group of local surfers to create a surf documentary about their pilgrimage to a secret spot in Western Australia’s north-west.

It’s evident from the examples listed above that these craft breweries along with the vast majority of Australia’s craft brewers are successfully finding positive outcomes that are driving deeper connections between their fans and local areas by implementing fan engagement strategies and ‘fan first’ approaches to their marketing. Now all that’s left to do as craft beer fans ourselves is to continue getting out and about to support our local craft breweries to continue this positive success for the craft beer industry. 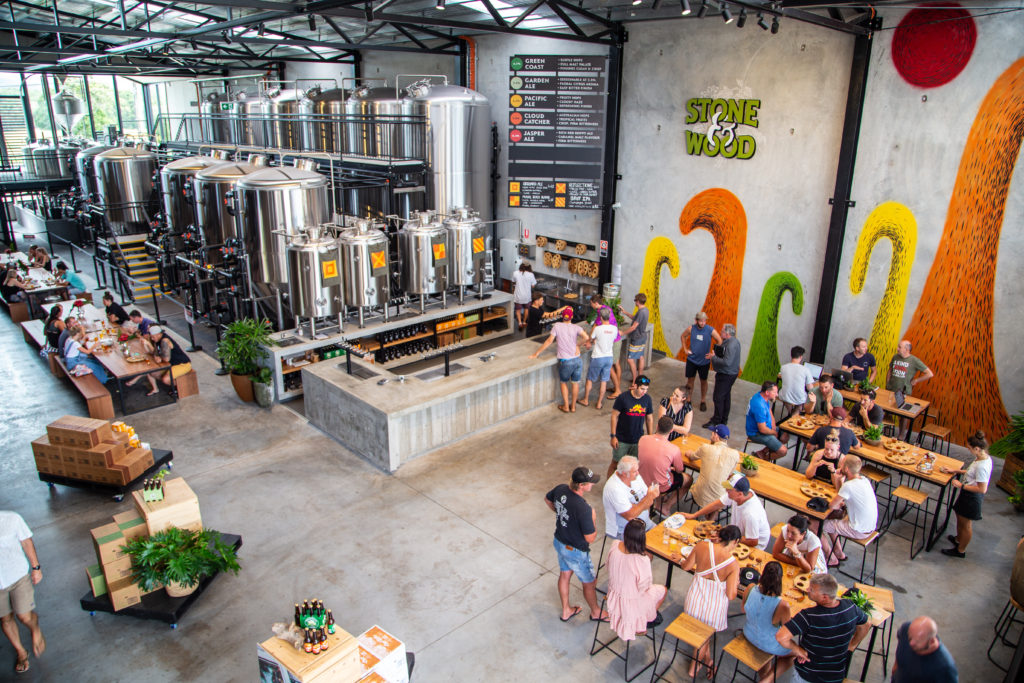 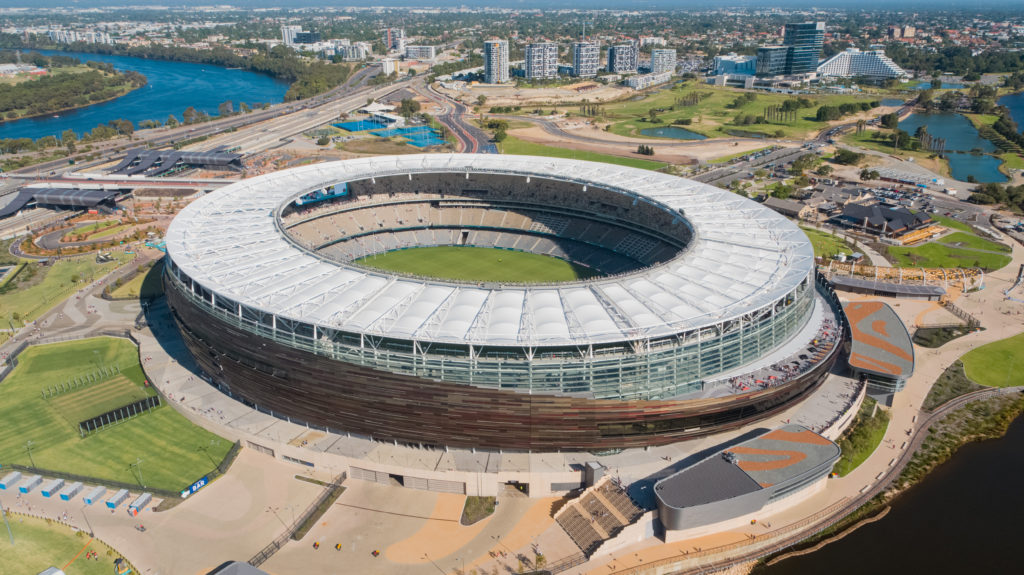 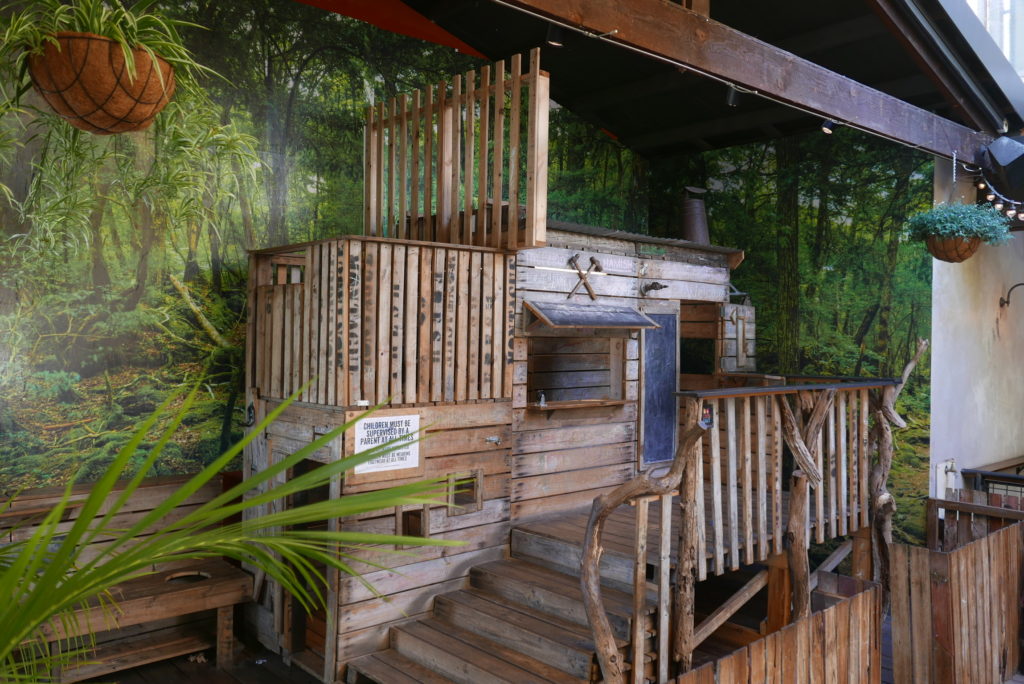 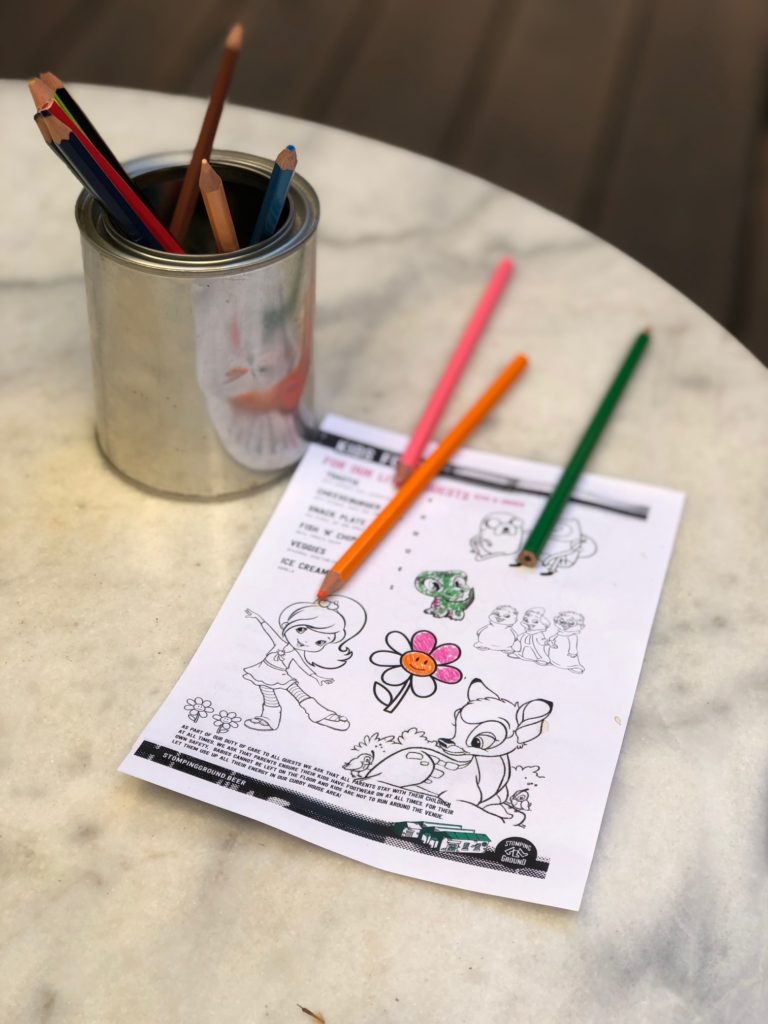 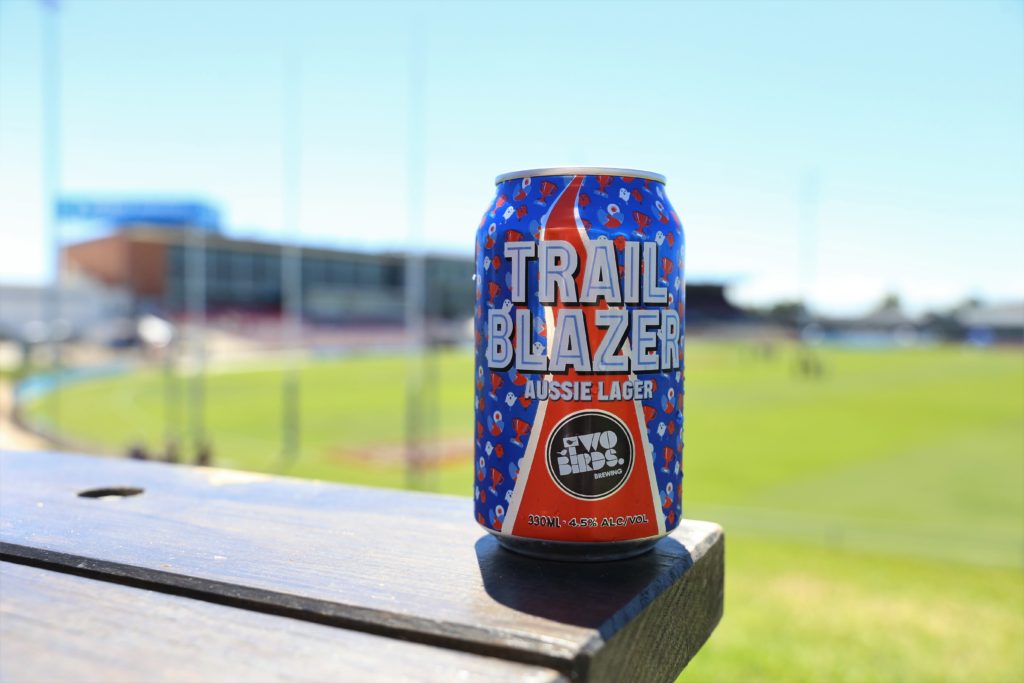 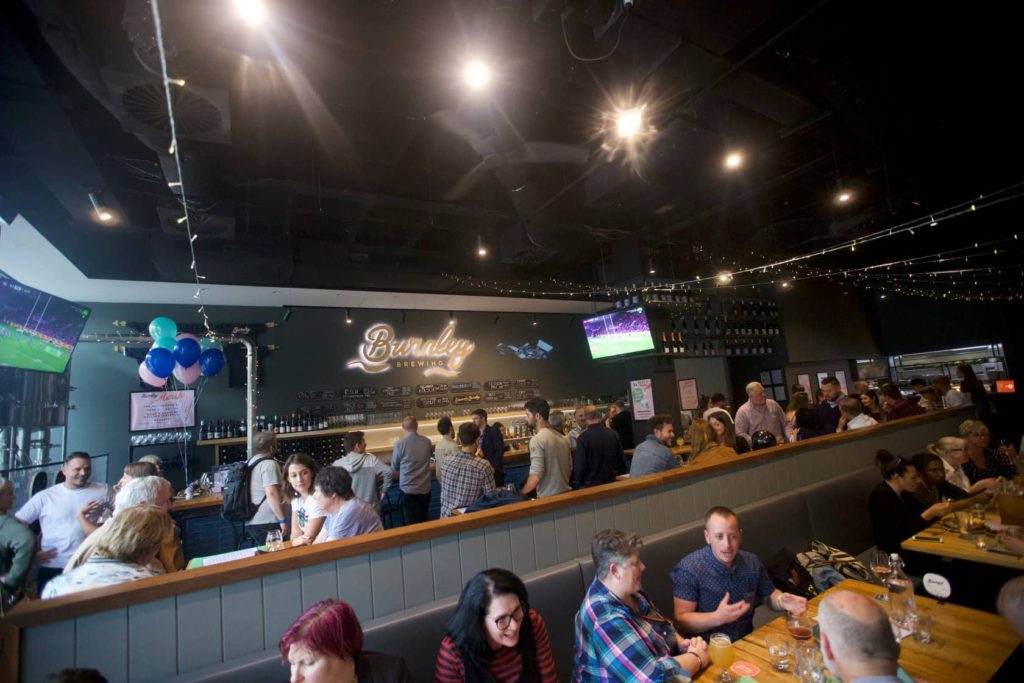 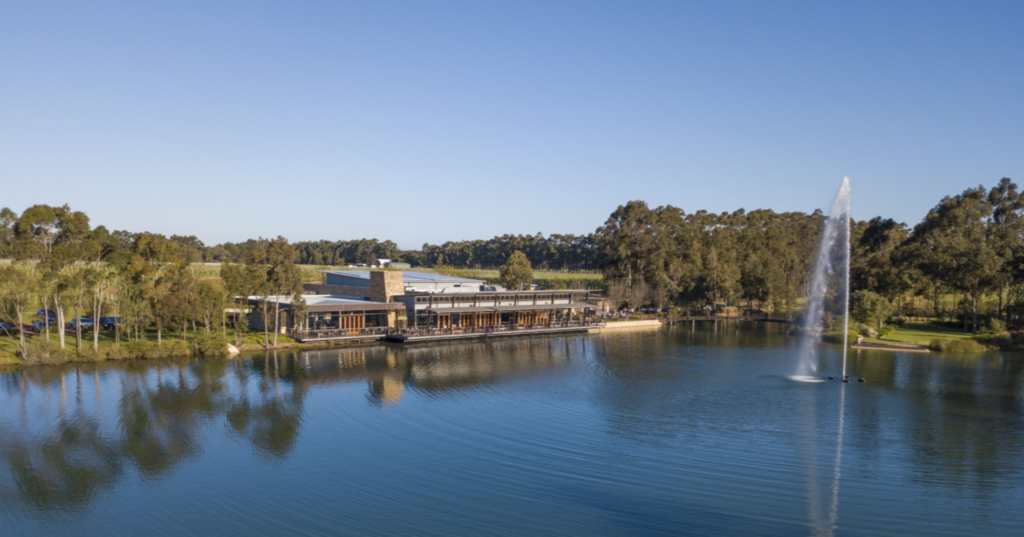