Dolphins Vs. Broncos: The Battle of Brisbane! 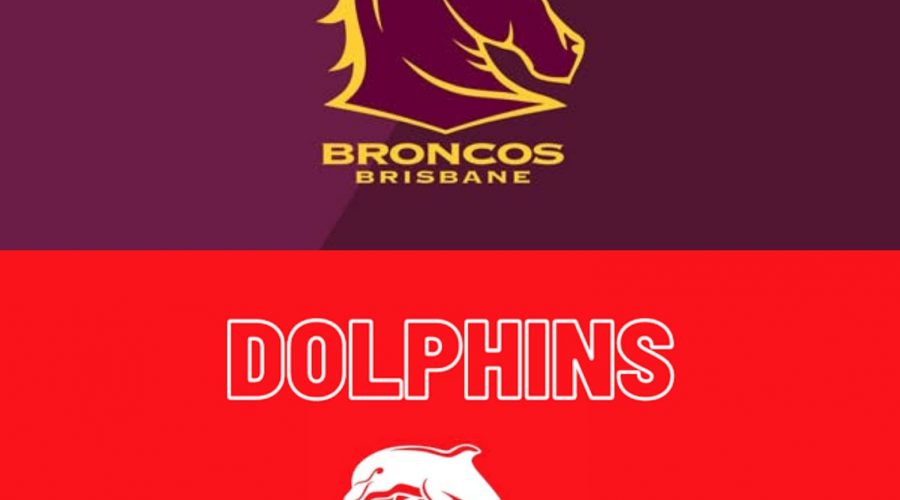 As a rugby league fan I can’t wait for the Dolphins to enter the NRL competition in 2023 as the league expands to 17 teams.

I really hope that the Dolphins are successful on and off the field with wins across the board for fans next year and I can’t wait to attend the derby with Brisbane, a ‘North vs South’ Cowboys clash, a ‘Coast to Coast’ battle with the Titans and the Arthur Beetson Trophy clash against Easts. Whatever the marketing magicians name the derby (The Brown Snake derby/Surf N Turf derby/Battle of Brisbane derby) it will no doubt be thrilling to watch with a packed out Lang Park featuring 52,000 rugby league fans in attendance.

The game days at Redcliffe will be sold out and look spectacular in person and on TV at the recently redeveloped Moreton Daily Stadium (please keep the fan-first pricing including cheap beers and lolly bags out there on game days!) while the seven games at Brisbane’s Suncorp Stadium and one to two tipped to be on the Sunny Coast represent an exciting time for league fans across these areas to see more NRL live in their backyard. It’s truly an exciting time for rugby league fans in Queensland as this will be the fourth QLD team playing in the NRL and no matter who you support you can’t deny that it is good for the game of rugby league in Australia to have more rugby league reaching more people in more communities.

I believe that the Dolphins have got a lot of things right from the outset such as player (plus coaching staff) and sponsor signings (Adventure Kings, XXXX) to membership package price points (cheapest adult NRL season pass $105 for 7 games at SS) and merchandising (Classic Sportswear). They’ve also done well to sign a lot of former Broncos staff and smart sports business creatives who I think have greatly helped the club get going and will no doubt come in handy around all areas of the business as the first season gets underway. It’s all looking really positive and exciting for the Dolphins.

However, the Dolphins are jumping around rough seas too. This is still Broncos territory right? How will the flippers go around driving fan/member acquisition? How will they differentiate themselves from the Broncos in marketing, media, game days/event presentation across the three venues, fan engagement, social media, community? How will they stand out and attract different demographics of female fans, Central QLD fans (newly announced CQ Capras partnership and one trial game per year in Rocky) kids, ex-Broncos fans, new rugby league fans, fans without a team, other sports fans? How will the game days/fan experiences be consistent across multiple stadia? What will the team do in the community (schools/charities) to spread the good word about our Dolphins? And many more intriguing questions….

I’m curious and inquisitive and these are the questions that keep me up early in the morning when trying to wrestle my toddler back to sleep with the help of the sweet dulcet white noise sounds of classic 1992-96 NSWRL/ARL matches.

I’m a die-hard passionate Broncos member and fan since dad first took me to games in 1993 so I’ll forever be loyal to the Broncos. It’s who I am. It’s etched in my memories and it’s part of my life like so many other Broncos fans. In the past two years I’ve also started the fan journey to Broncos games with my daughter Ramona, taking her to one game a year to start our traditions and instil in her the emotional loyalty, positive memories and passion that my dad instilled in me 30 years ago to the Broncos and their match day fan experiences. Apart from religion, sport is one of the only things people stay loyal to for their whole life and it’s why I’m so passionate about the fundamentals of fan engagement (effective communication, active listening, personalisation, empathy, authenticity, storytelling and much more) because if you do these things right, you will build and have positive relationships with fans for life.

Here are some of my thoughts which are in no particular order (mostly because I have written this over several mornings at 2am while telling my daughter to go back to sleep and she just smiles at me and laughs ‘no’):

But what do I know right? I’m just a fan. I want them to succeed even if I am a Broncos fan.

I asked a snapshot of 20 global sports business executives from Australia and overseas as well as 20 sports fans (across different sporting codes) for their thoughts on the topic of how the Dolphins can stand out from the Broncos, acquire new fans and members and be successful on and off the field to drive loyalty across social media, marketing, media, fan engagement and more.

Plenty of good thoughts here around identity, brand, fan engagement with a lot more to think about as well.

At the end of the day the most important thing is what happens on the field.

Win games and the fans will come!