It was a chilly and overcast morning as I made the one hour train journey out from Sydney’s Town Hall station to Woolooware station in the southern suburbs for today’s NRL game between the Cronulla Sharks and Newcastle Knights at Southern Cross Group Stadium (Shark Park).

Taking in a quiet 1.5KM Sunday mornings walk from the station to the ground I chatted with locals, fans and security guards also making their way out for the game about the Sharks history and life in Cronulla.

First impressions are everything and so it was spectacular to arrive and be greeted by a Sharks staff member asking if I had any questions for game day, the presence of a giant Sharks teeth inflatable entrance, a players mail box to post a letter to them and a DJ playing classic funk tunes which set up a pumping atmosphere outside the ground pre-game.

Upon entering through the big inflatable sharks teeth which doubles as a photo opportunity it was also good to have a security guard both smile, look into my eyes and ask how I was today and who I was going for (I was wearing neutral colours). This goes such a long way to setting up a fans day and is something that I do not see enough. I’ve worked and run venues and have seen the best and worst of security however when they are the fan’s first point of contact with the venue and game day it is important to instil in them a culture of customer service over that first impression being about a security event with demands and a lack of a positive greeting.

Once inside I was handed a face mask waver for a retiring player and immediately noticed the abundance of diverse food trucks, a vibrant Family Hill with inflatable play activities for kids along with free fruit which was also on offer to them. The ‘Ultimate Upgrade Experience’ represented a fun and exclusive surprise and delight opportunity for fans to watch the game from an elevated platform on the half way line. The retro eskies by the seats in the corporate area was a nice little touch and harked back to the glory days of league.

The Sharks digital crew showed me around their facilities and had me on their pre-game show, which is live streamed through Facebook, to talk all things fans and it was impressive to see the focus the digital team have put on providing fans with high quality content both across social and in the venue on game day as well such as running a live call and audio commentary up into the corporate suites. 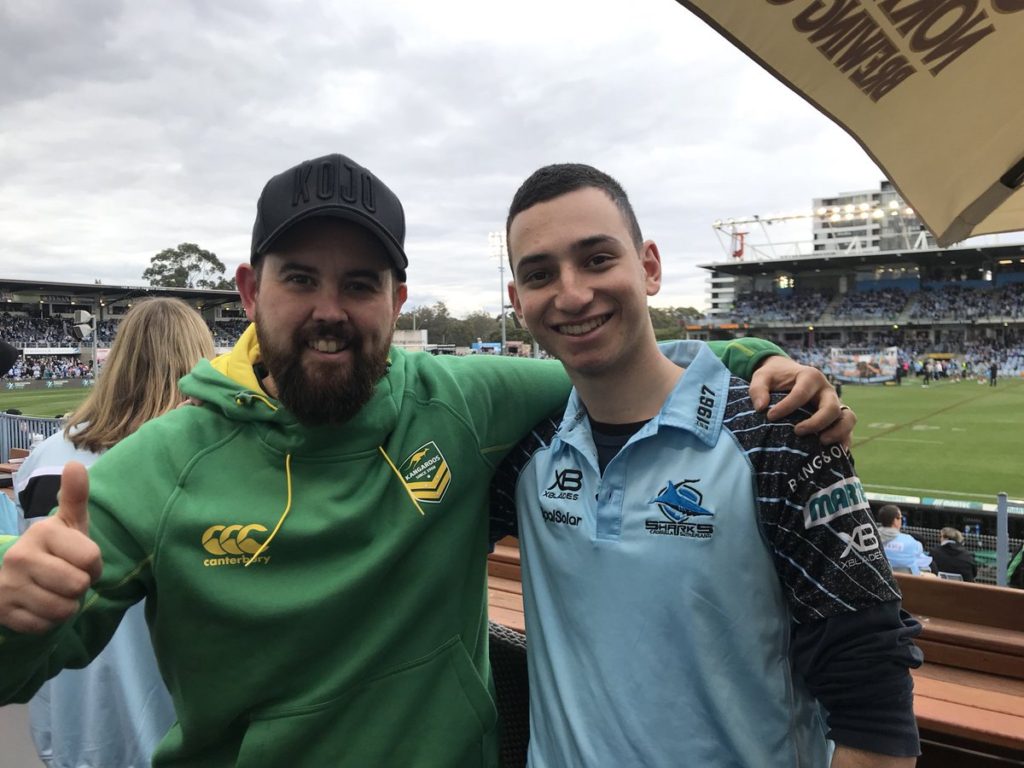 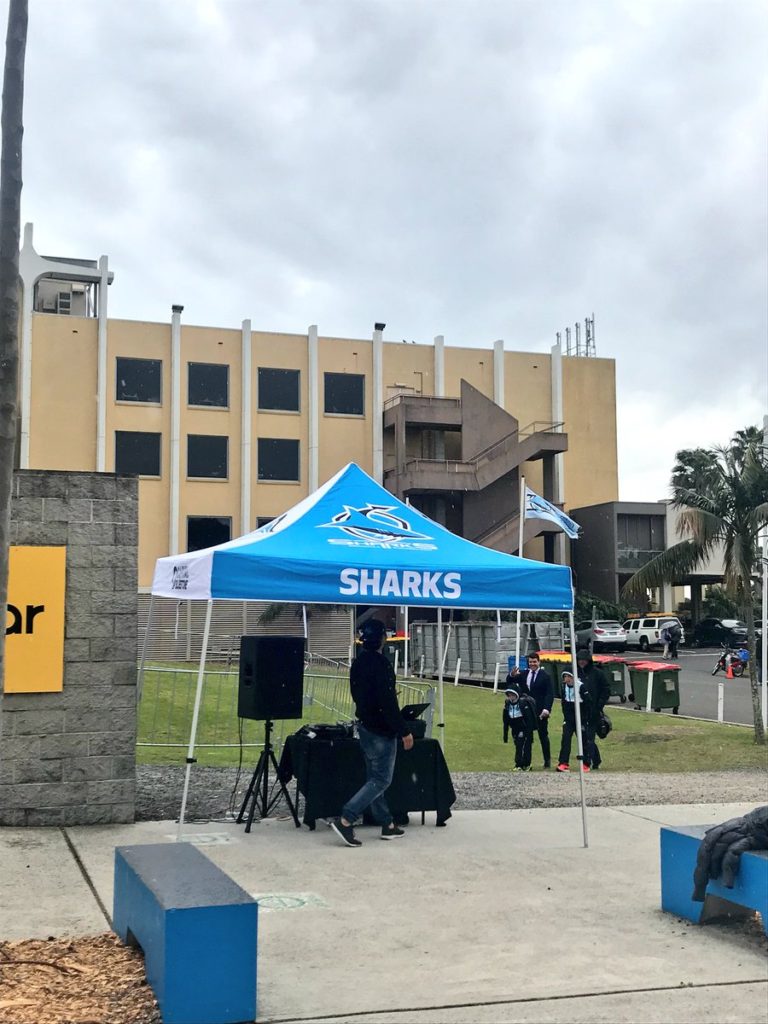 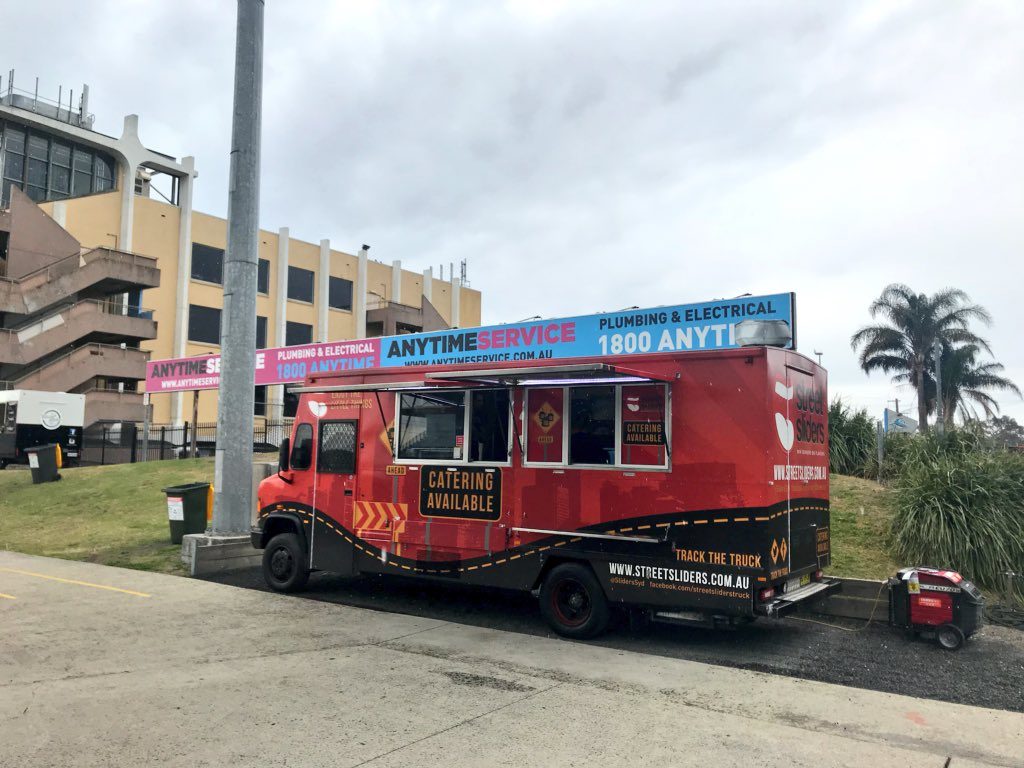 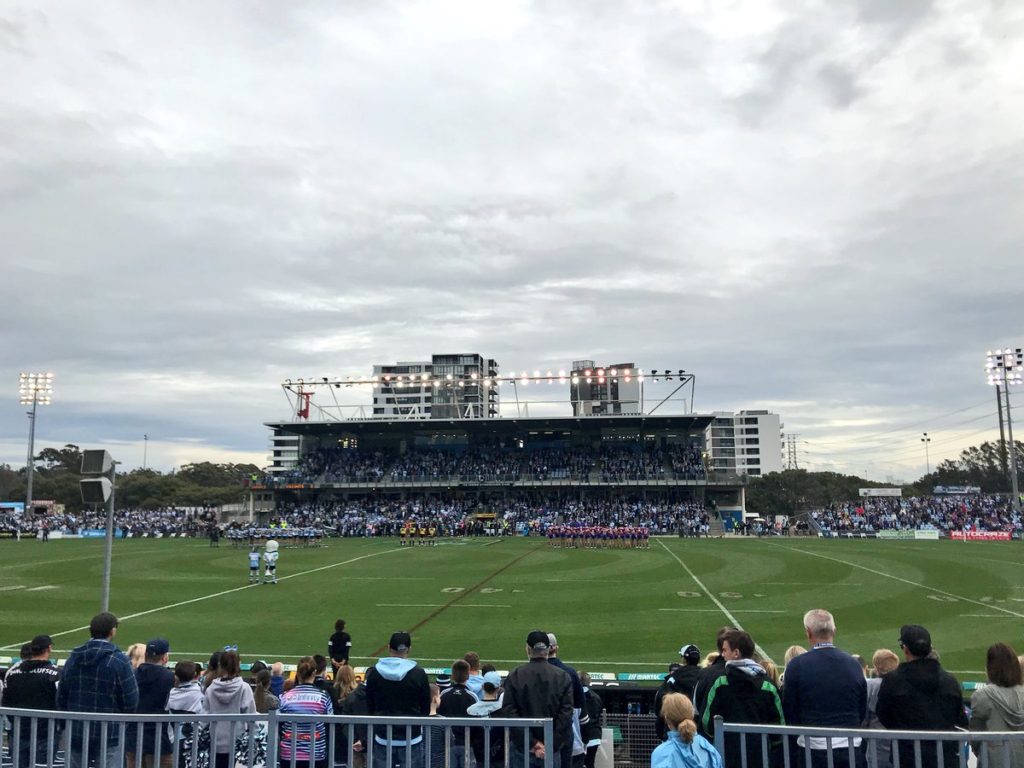 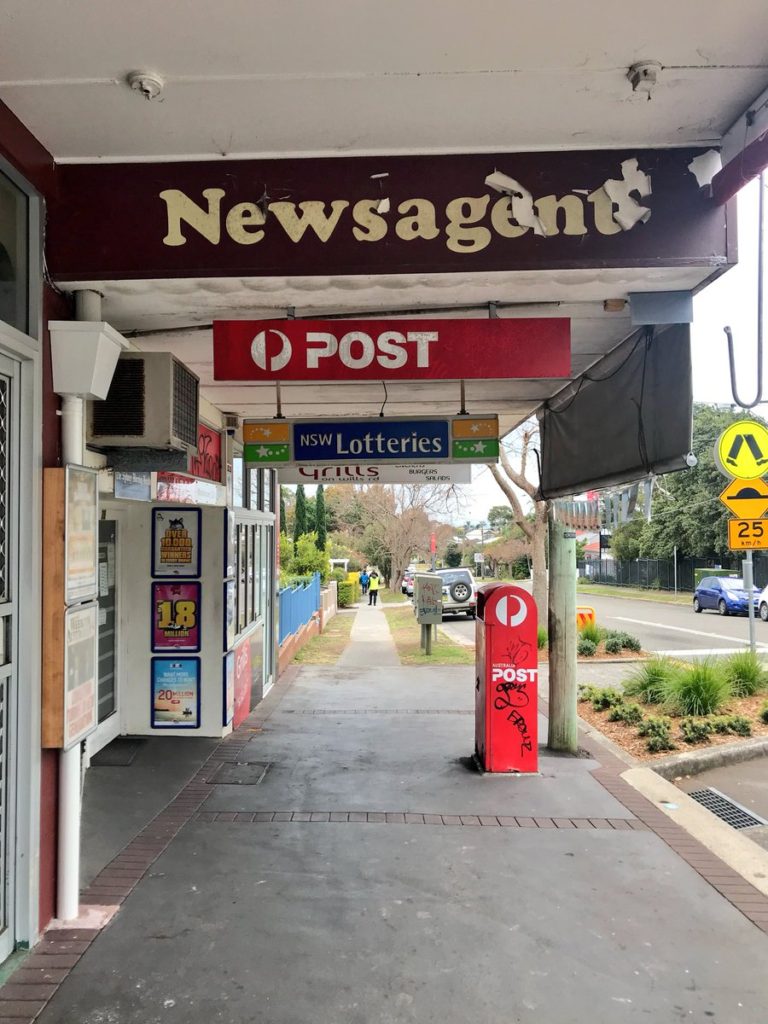 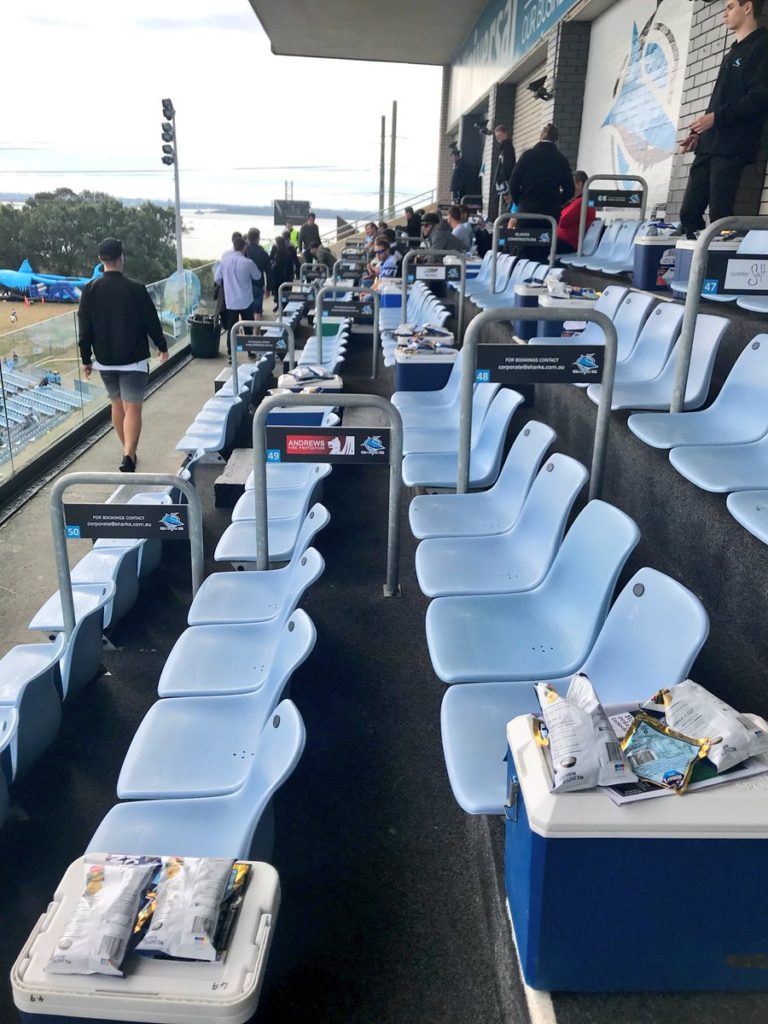 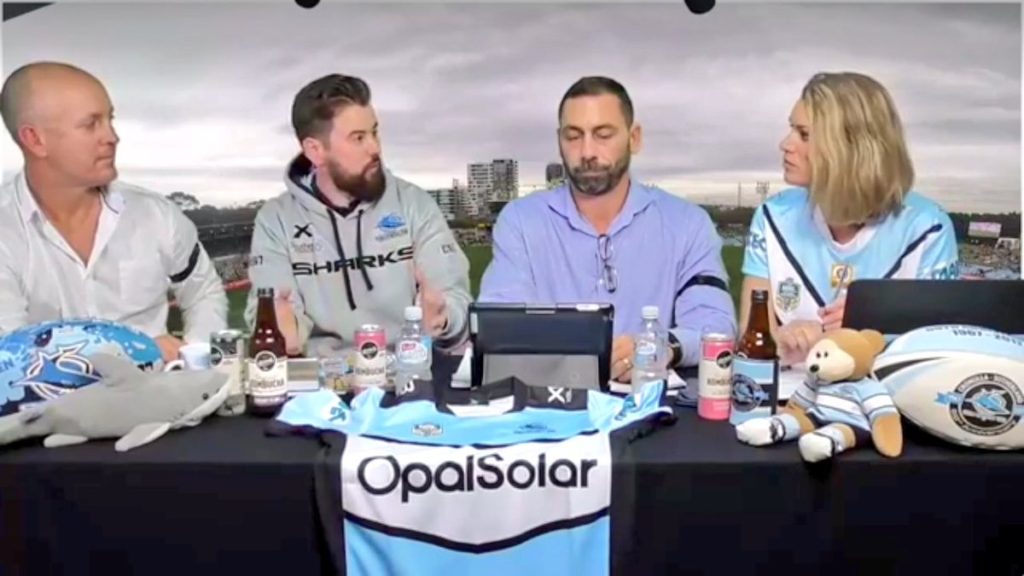 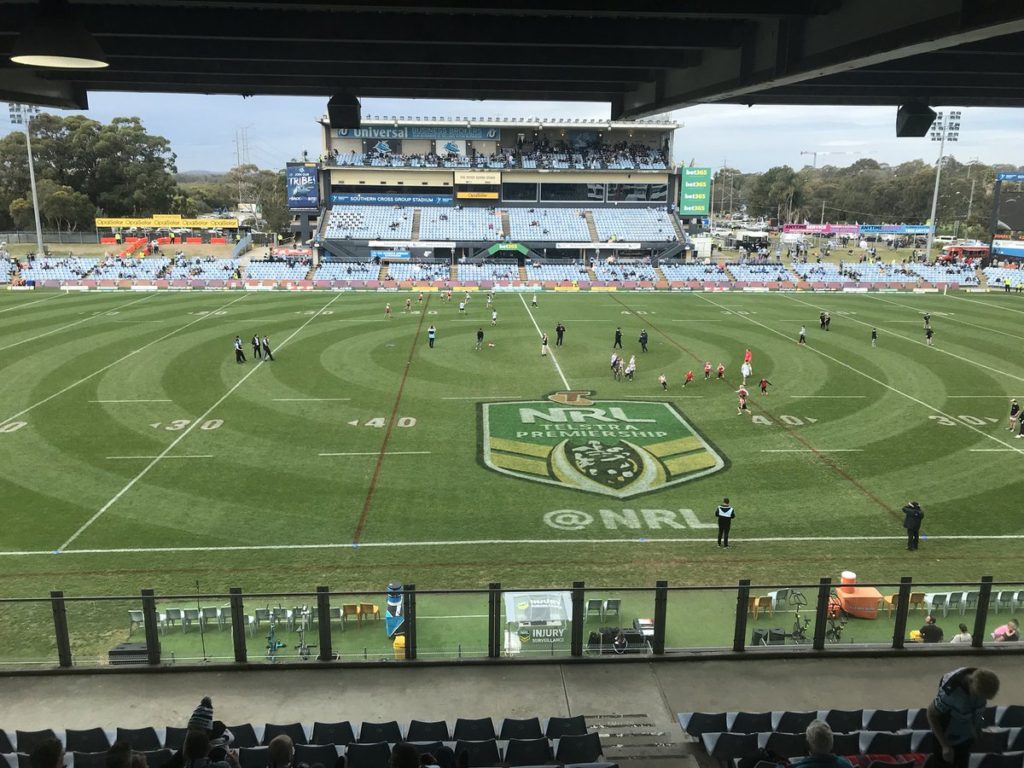 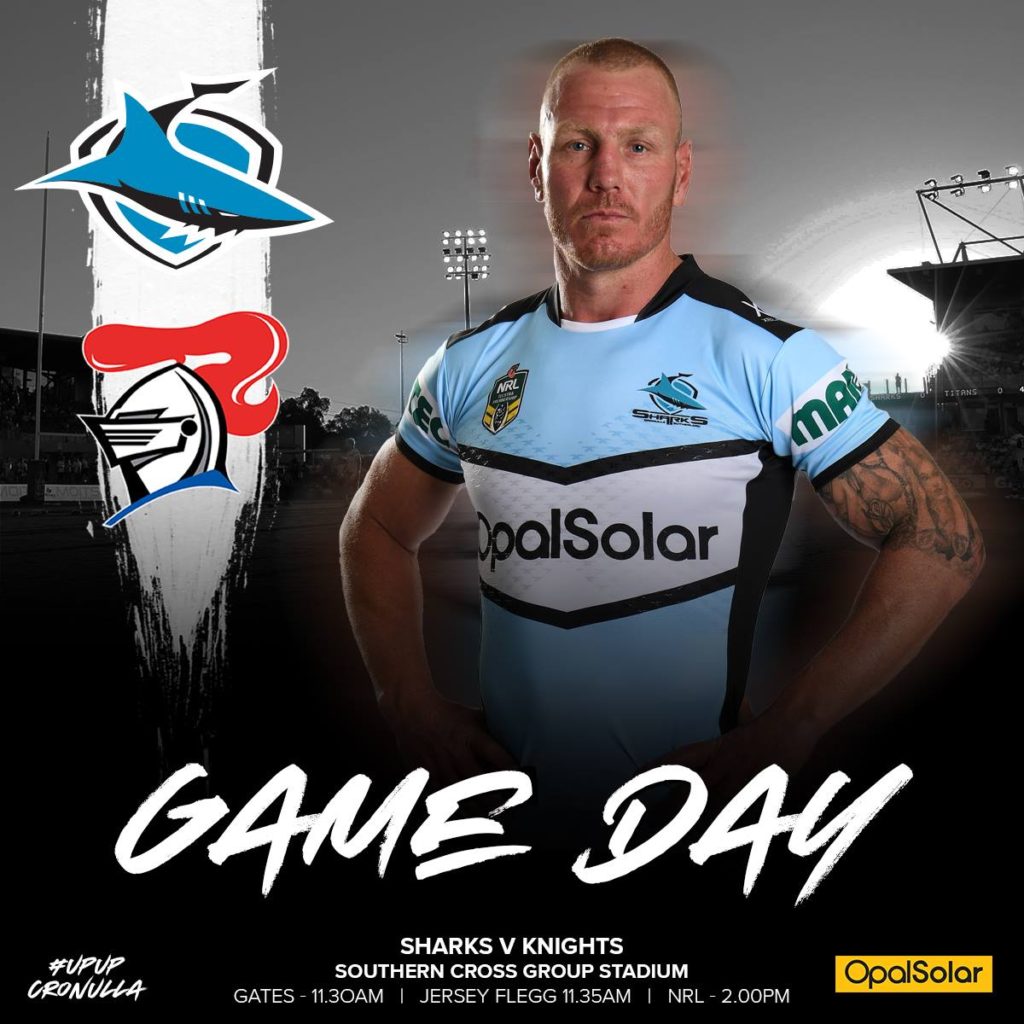 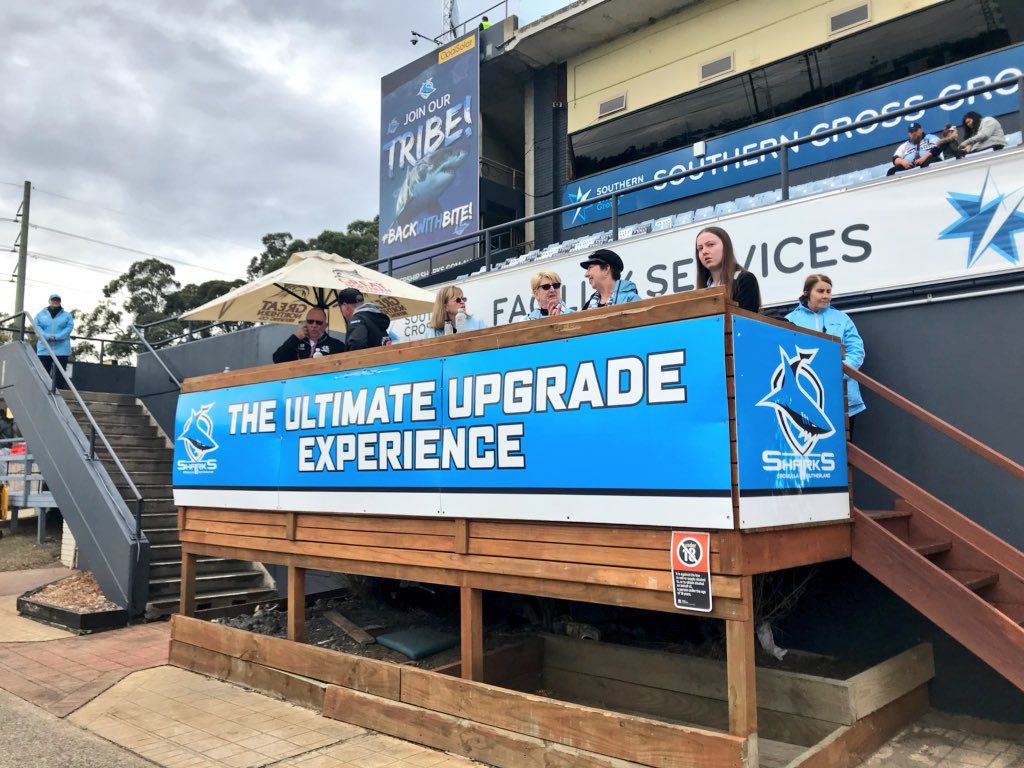 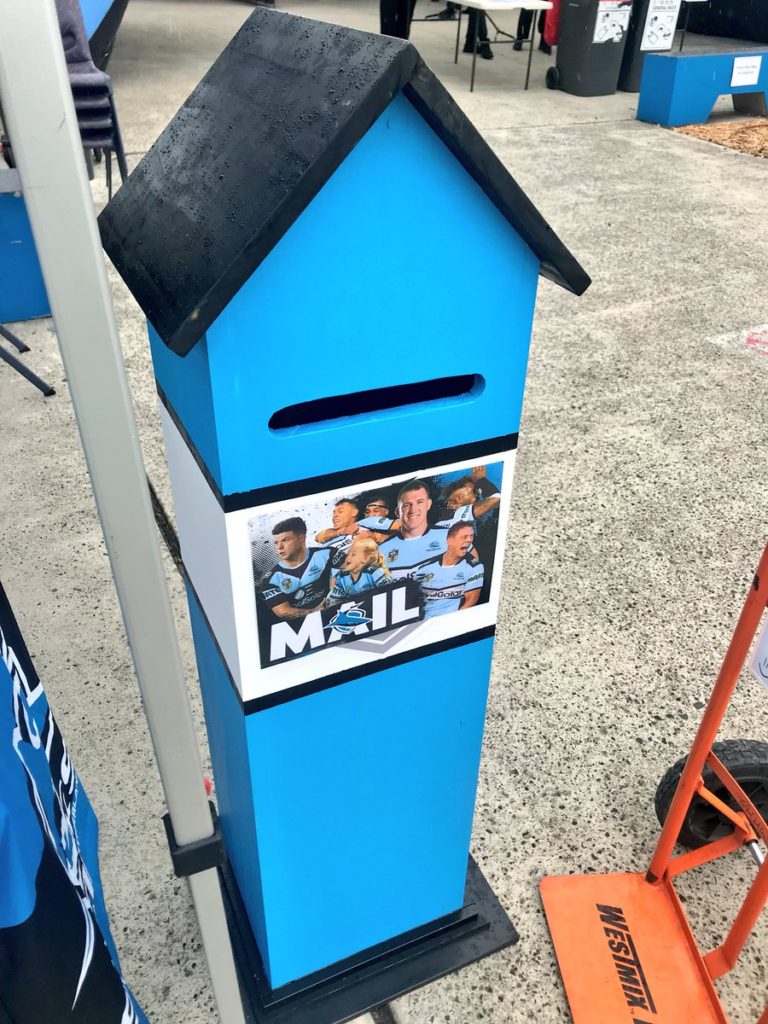 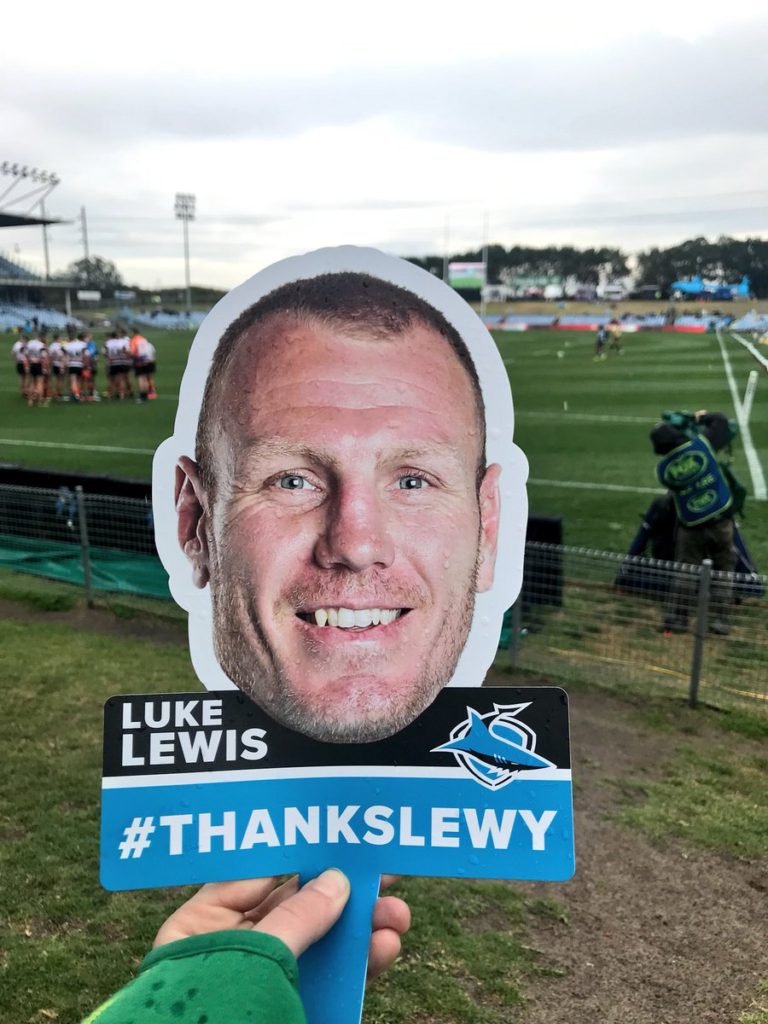 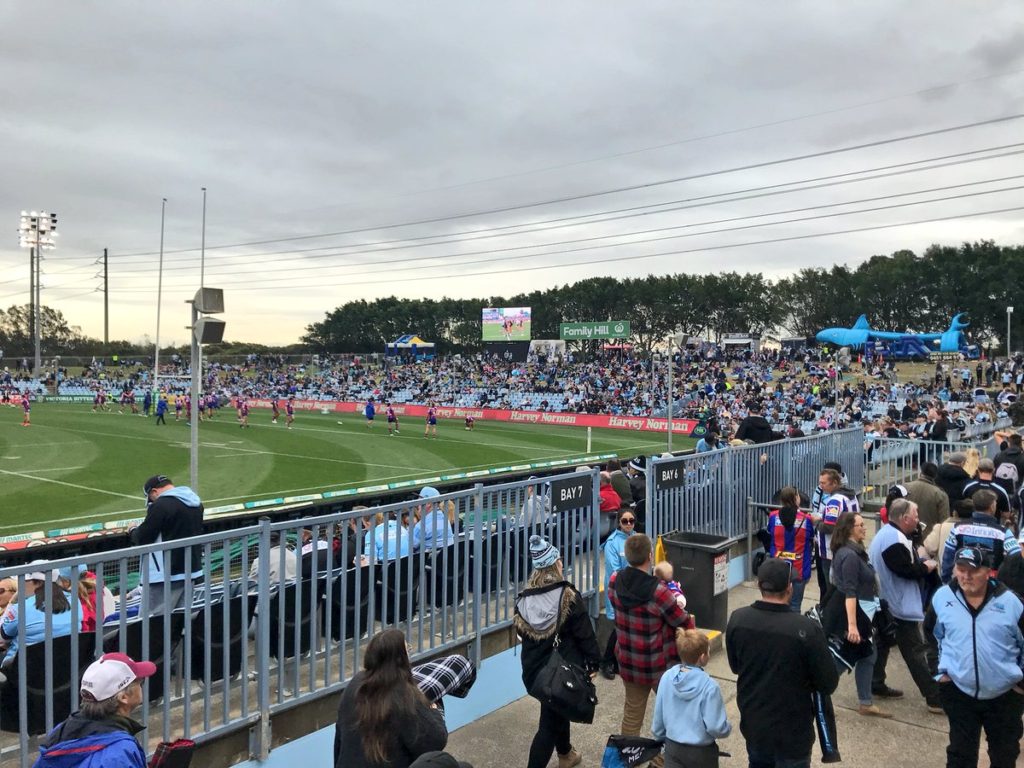 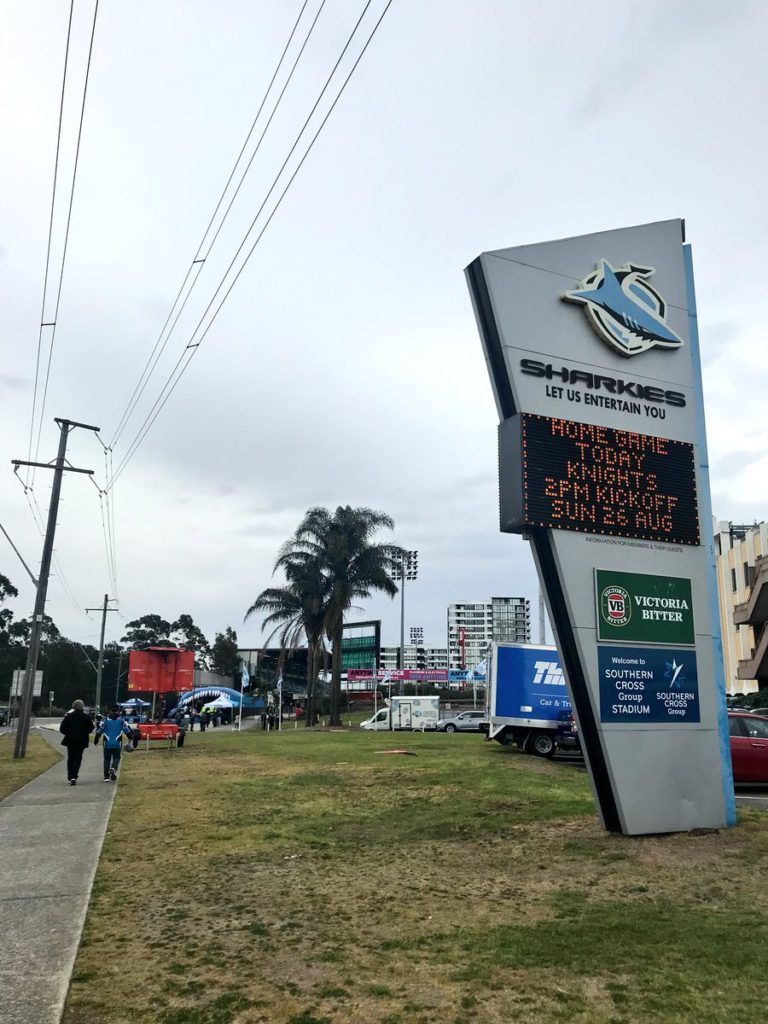 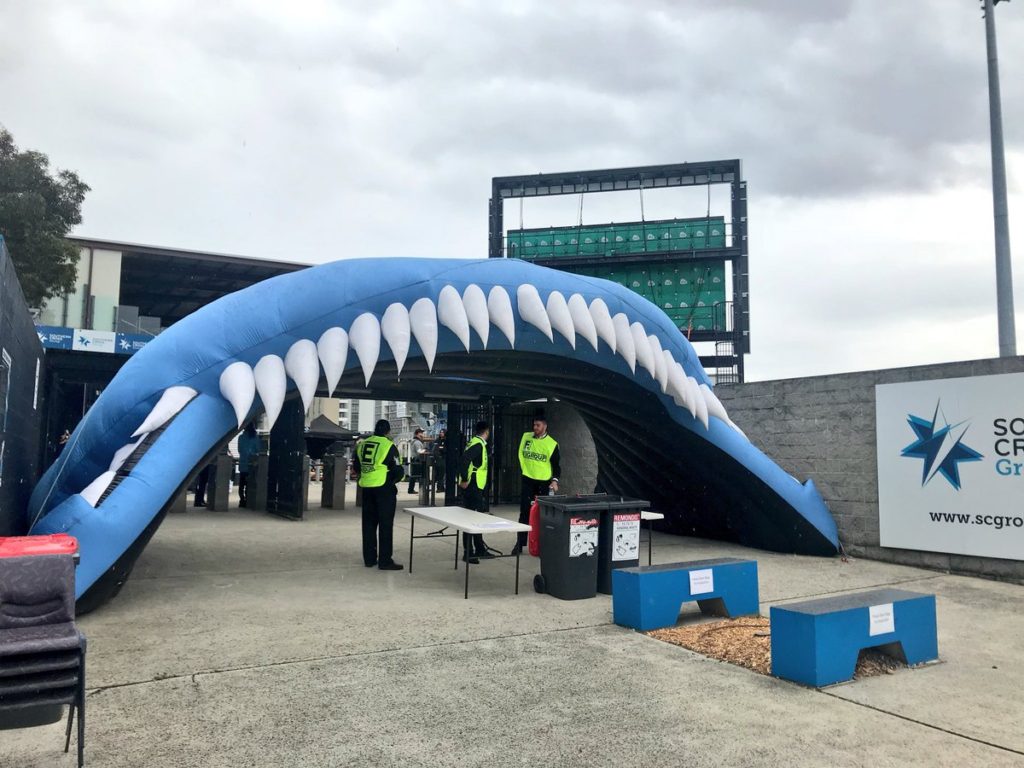 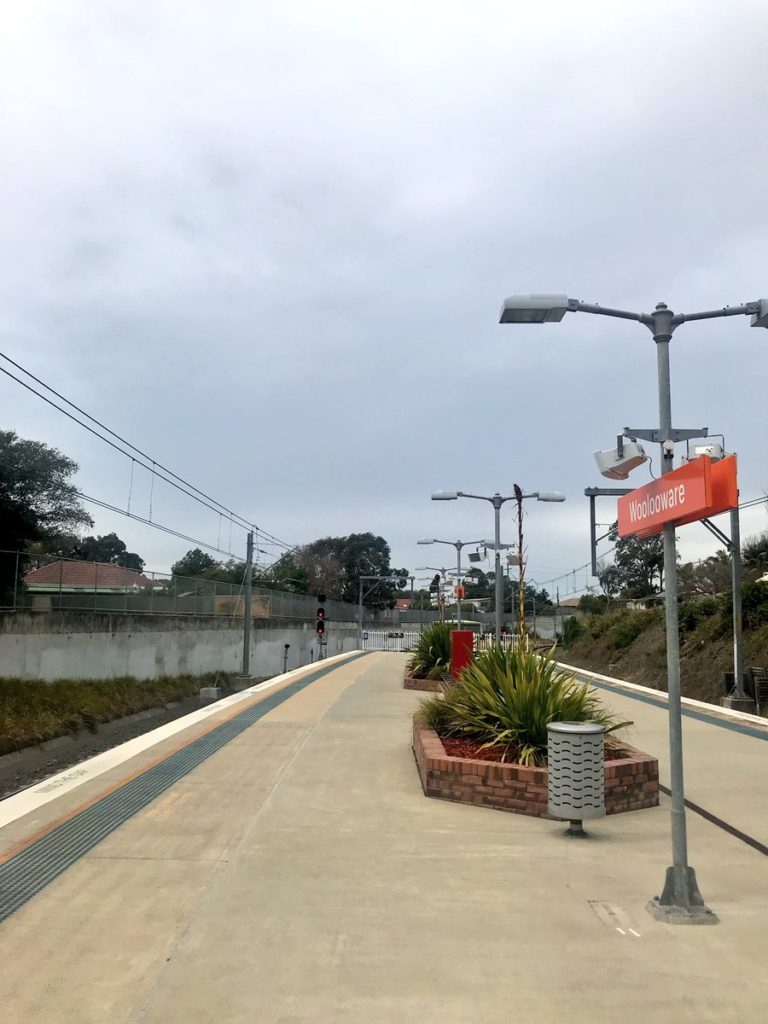 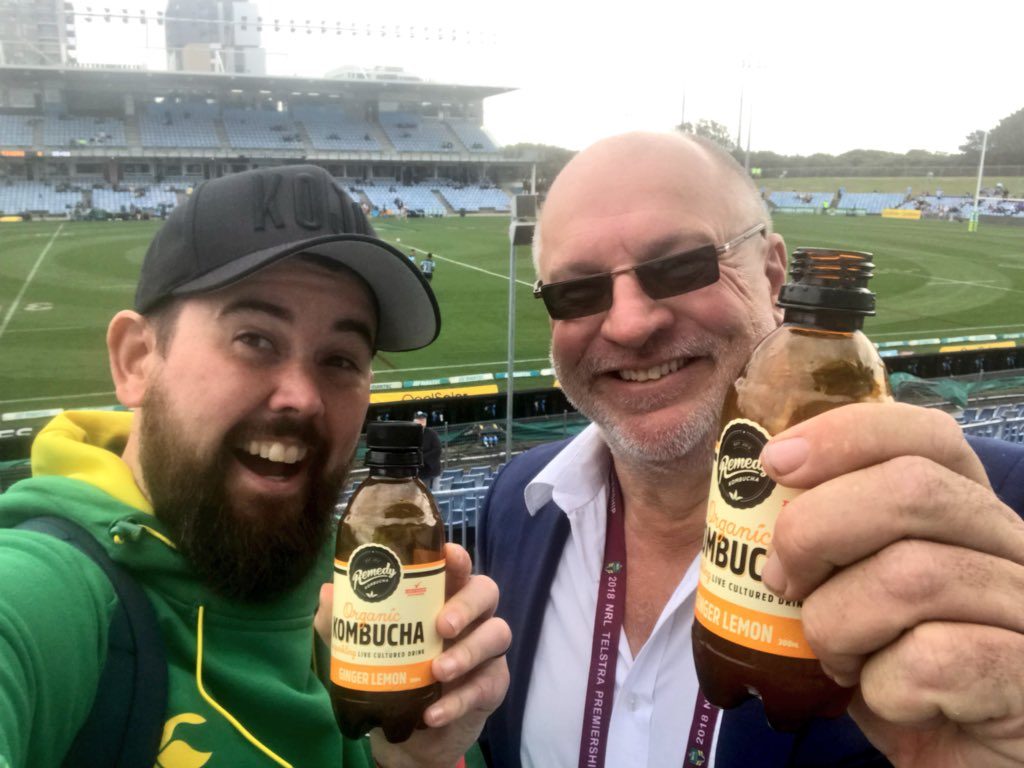 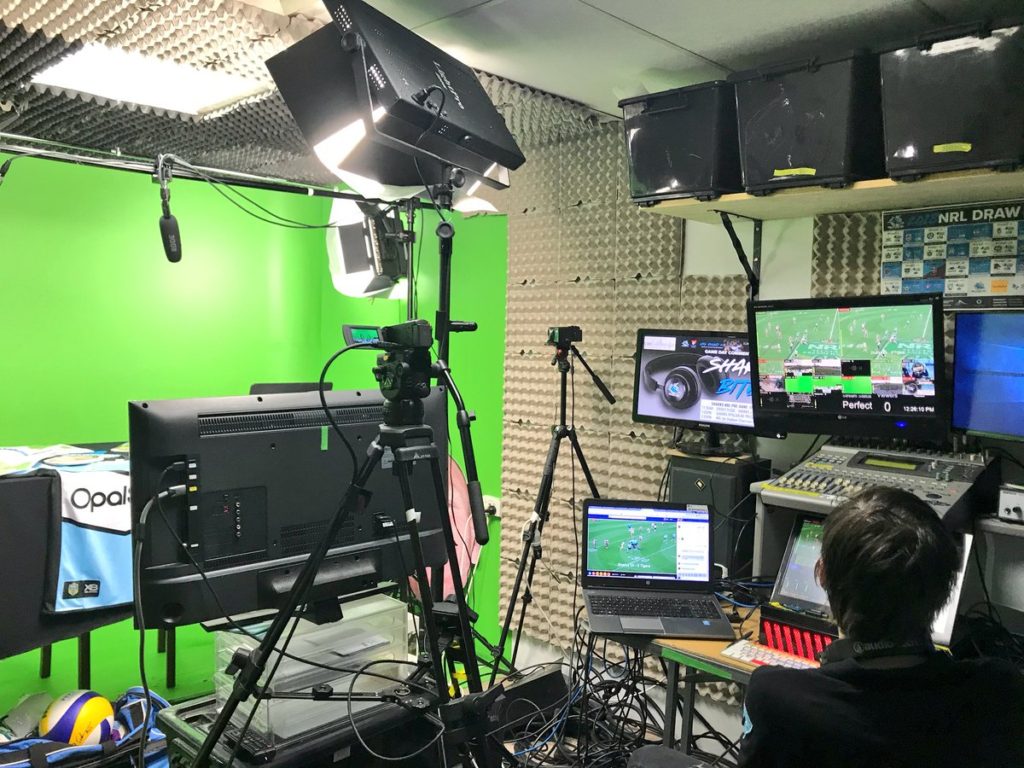 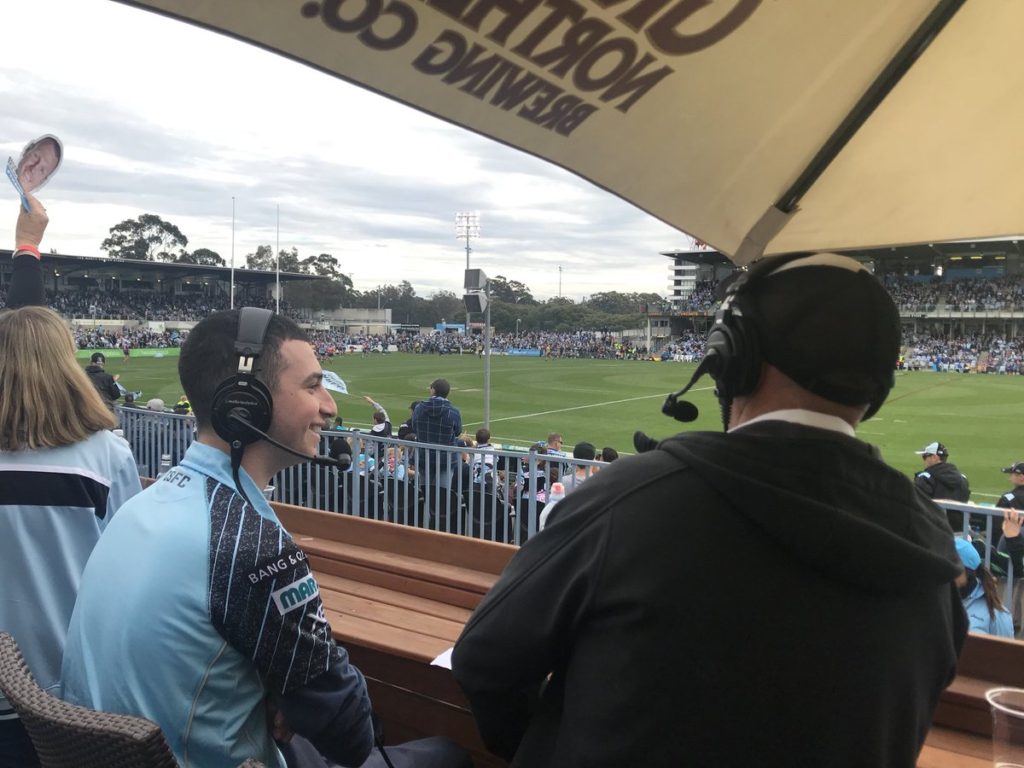 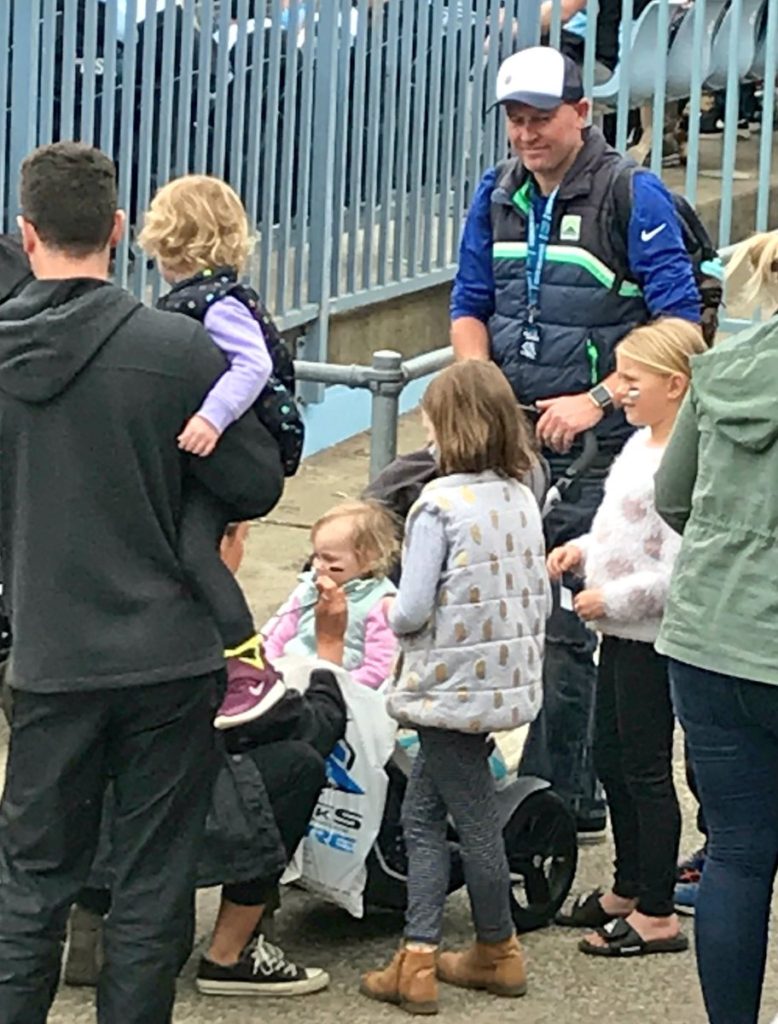