On a wet and cold Melbourne arvo I headed out the Carlton Football Club AFL game day experience at the Melbourne Cricket Ground to take in their fan zone set up and game against the West Coast Eagles.

Upon walking in it was impressive to see first hand the inclusive new friendly MCG buggy service that has been created to transport fans with mobility issues around the G on game days either from the local train stations or from the car park. A very clever, inclusive and simple option (it’s just a golf buggy with a friendly staffer driving around the concourse helping fans) to assist fans and ensure every fan is taken care of.

The Blues ‘spin to win’ game for members was a nice new addition which saw members who arrive early get the chance to spin a giant wheel where they can win prizes. My mate who came along is a Carlton member and he won a free signed poster but there was also special experiences and other useful promotional items also available for these members. A clever way to draw members into the fan zone and venue early as well as showcase to non-members the prizes and fun that they’re missing out on by not being a member.

The MCG’s free beer trays for fans was something I had not seen here before but it certainly goes a long way for fans when other venues charge close to $2. The smart F&B combo deals for kids on offer at the G during the AFL season are also a win for families as they are at a cheap price point and include chippies, a drink and trading cards.

Carlton also had some quality screen content that included the ‘community champion’ of the game and ‘member in a minute’ which highlighted a young member. The new Champion Data, MKTG, Telstra and AFL partnership to provide player tracking data on the LED boards showcasing key stats was an added
bonus as well. 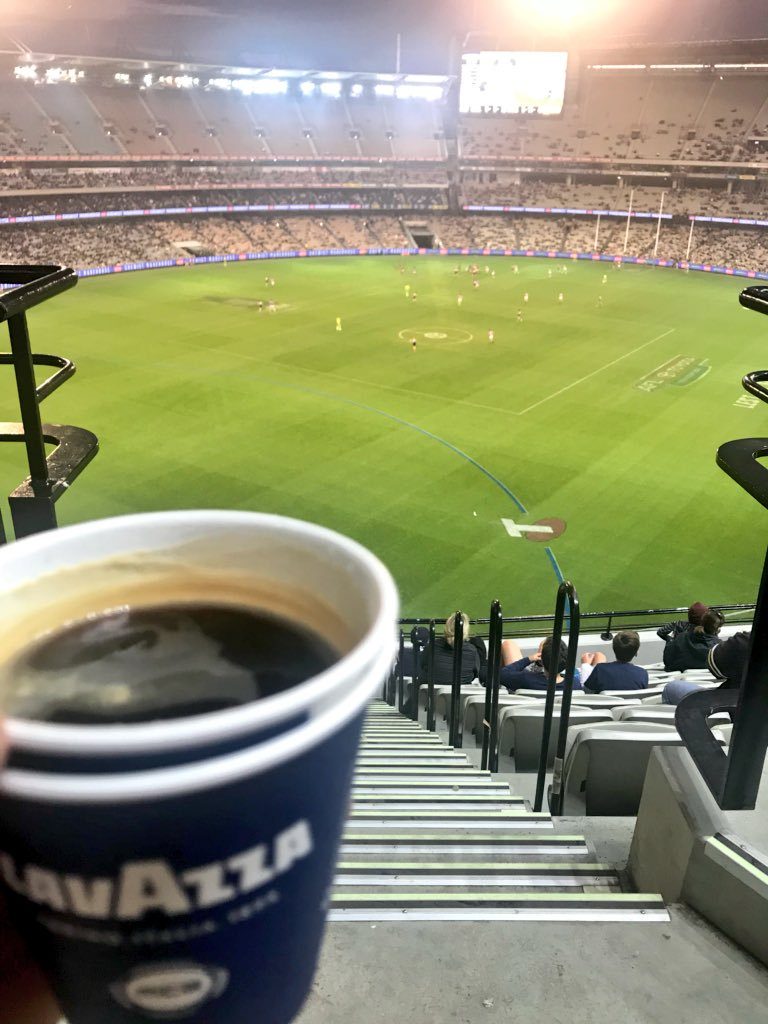 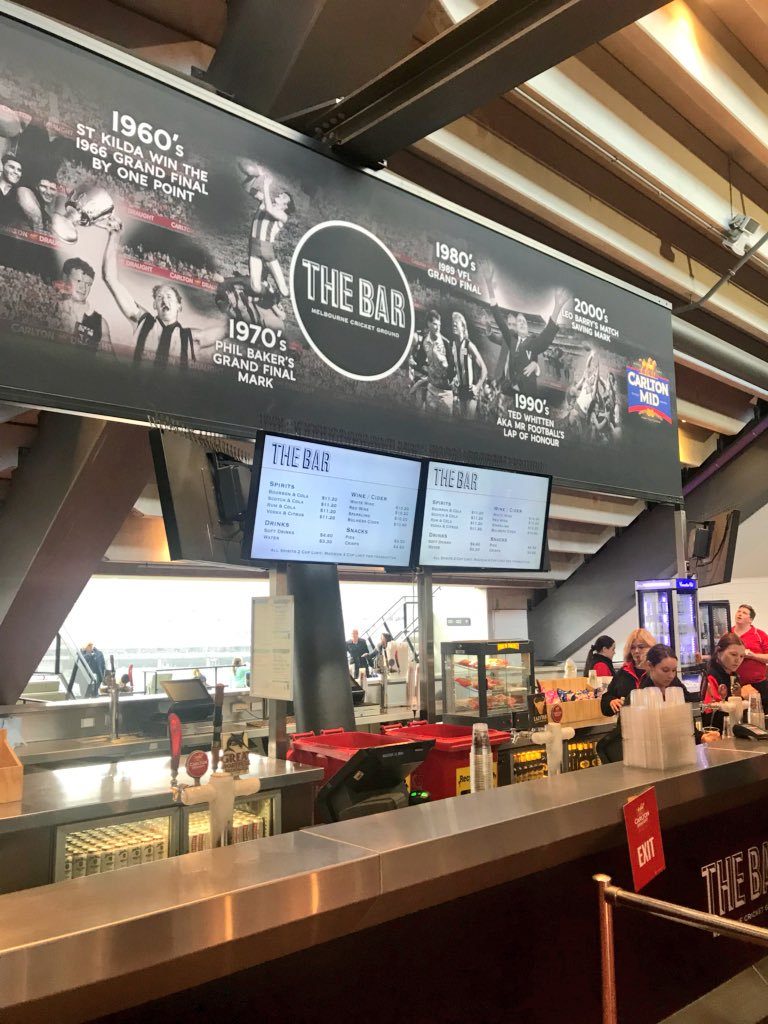 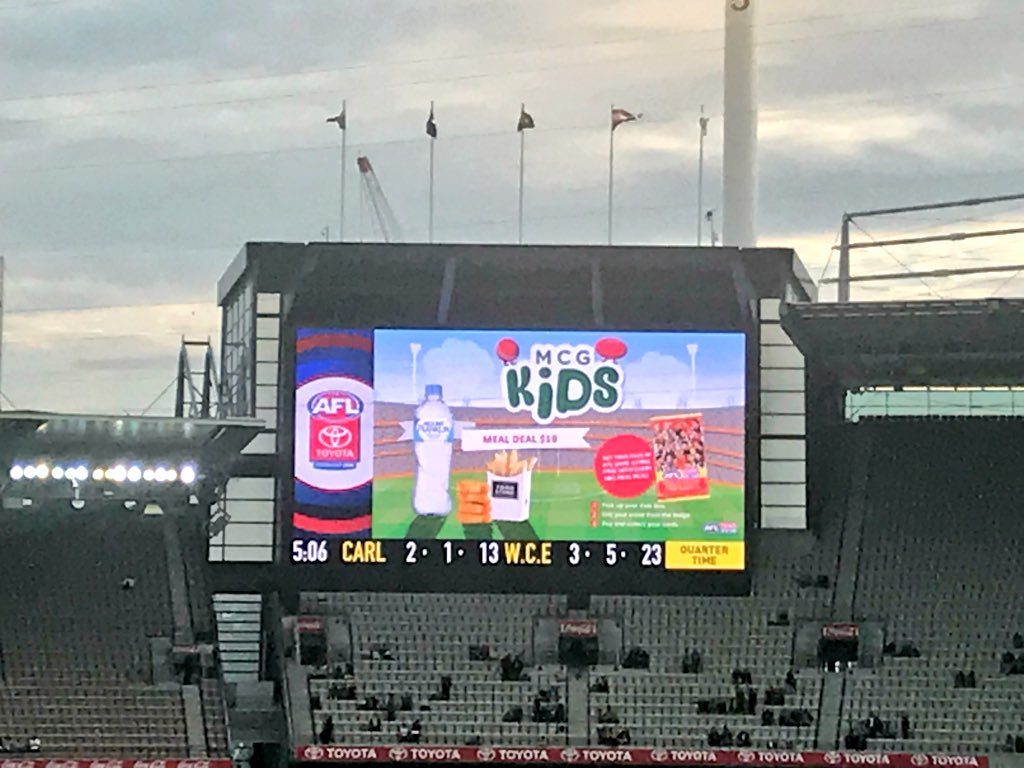 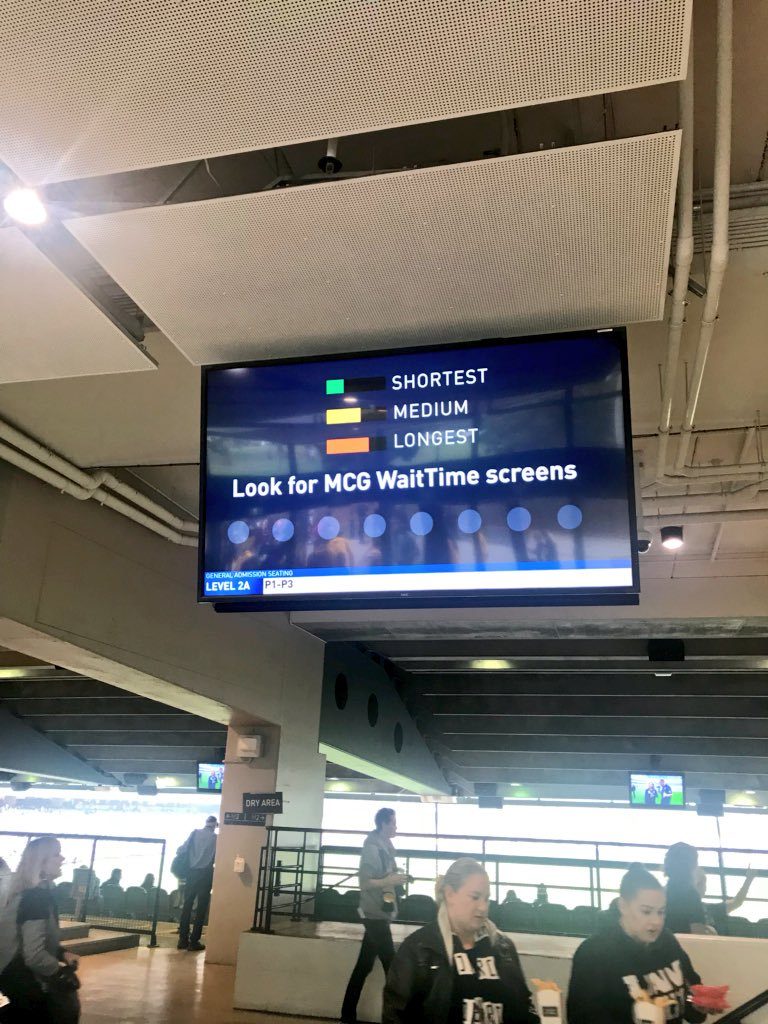 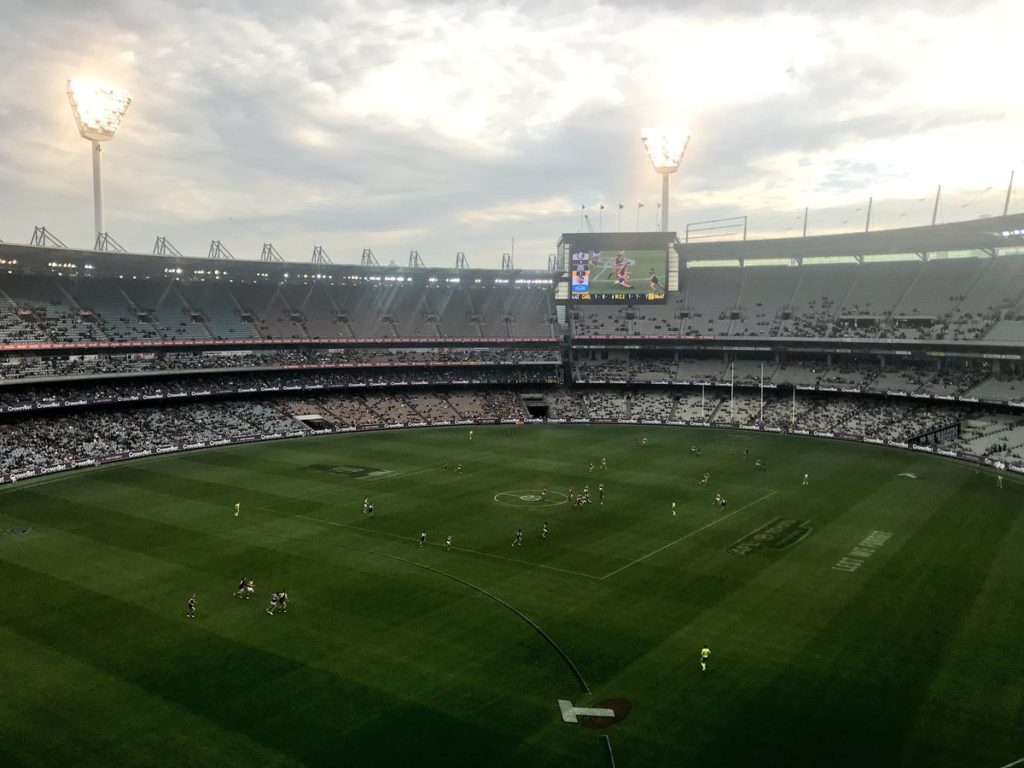 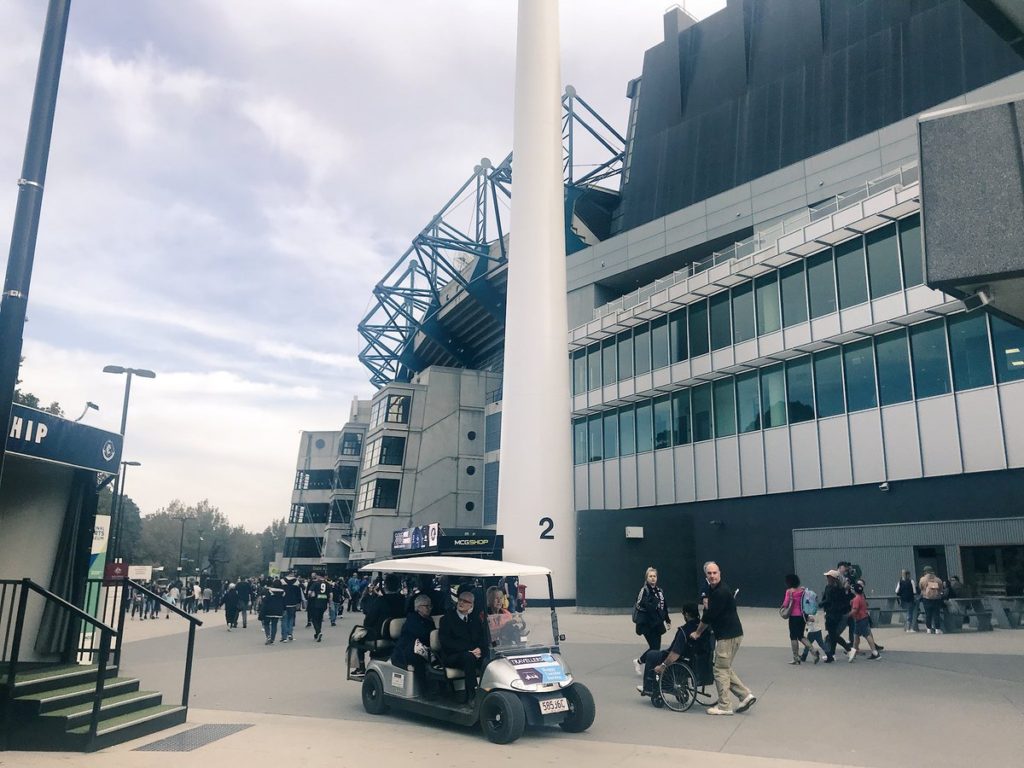 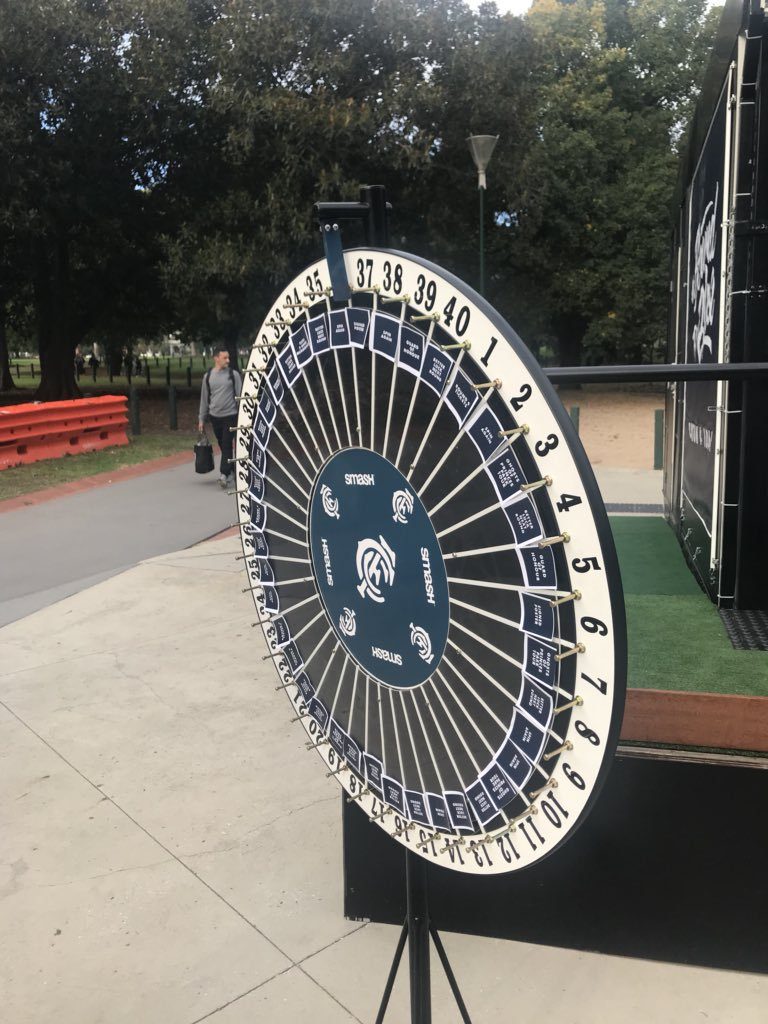 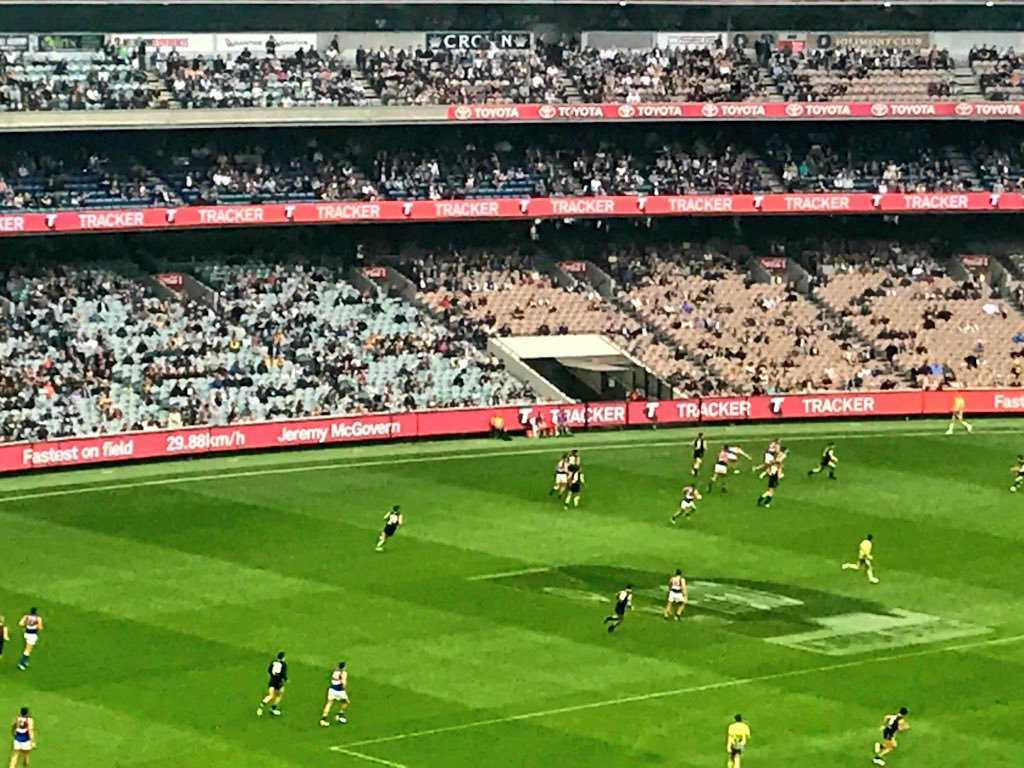