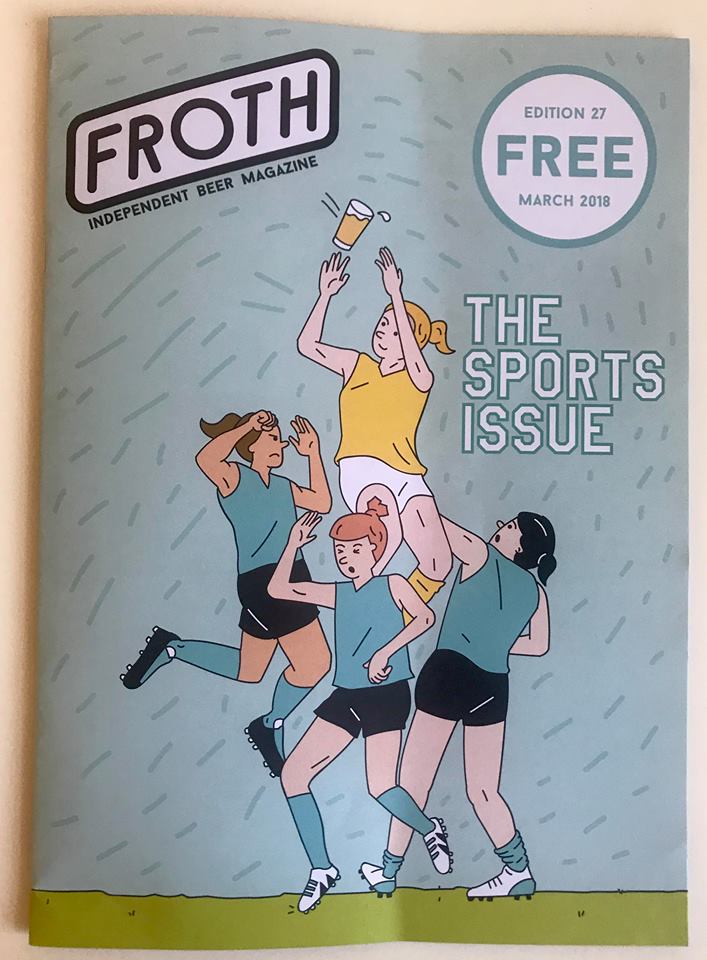 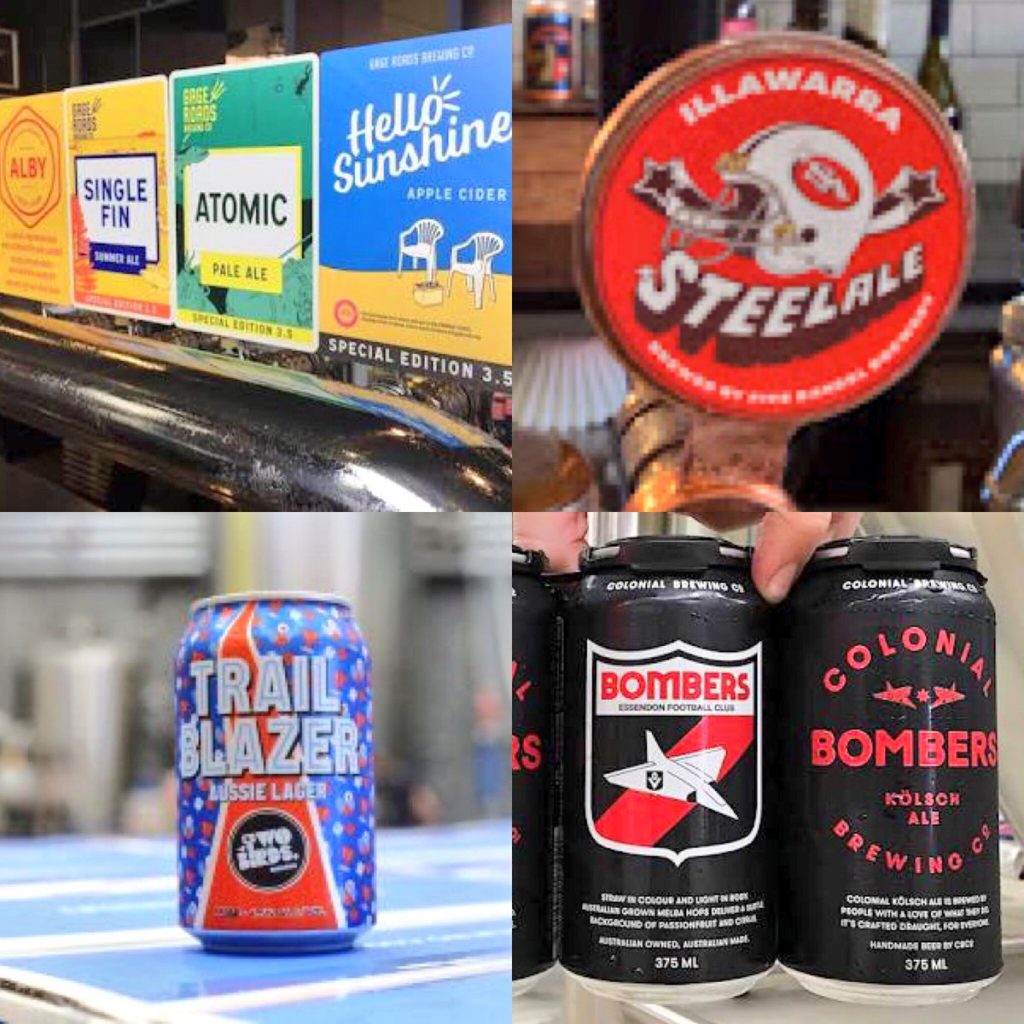 Improving the game day fan experience for sports fans is a hot topic in the sports business at present with venues and clubs constantly rolling out innovative new ‘fan-first’ initiatives to entice more bums on seats and to
alleviate common pain points like expensive food and long lines that have over time turned more and more fans away from attending live sports. With the home experience of live sports on giant wide screen surround sound TV’s being so impressive, affordable and accessible these days, venues and teams with decreasing membership numbers have had to think outside the box to show fans that they’re listening to their concerns and that watching live sport in these customer centric venues is a money can’t buy experience that they’re
missing out on.

Recent venue enhancements for fans have for instance seen the MCG invest in way-finding technology that aims to reduce queue waiting times at concession stands, the installation of LED sports lighting at Adelaide Oval
which synchronises with the sound system to add to the atmosphere as well as ANZ Stadium and four NRL teams also introducing ‘fan first’ initiatives such as free transport, cheaper tickets and food and drink combo deals all
designed to drive attendances and transform the event experience.

In what seems like an arms race to improve fan experiences from venues and teams from across the sporting globe there has also been one particular area that has seen significant growth and is winning over fans and that is through collaborations with craft breweries.

Close to two years ago I wrote in Froth Magazine issue #5 about the rise of the US sports business tapping into the American craft beer industry to reach new audiences and bring fans back to venues on game day. While that report highlighted American club and brewery collaborations on exclusive stadium game day beers, ticketing deals like ‘beer passports’ and other incentives featuring independent and local US craft beer, it’s since been impressive to see the closer relationship that has been forged between Australian sports
and Australian craft breweries.

Since mid 2017 in Australia we’ve incredibly seen no less than seven sporting teams, venues and craft breweries forge sponsorship or venue pourage rights partnerships with clubs across the A-League, Super Rugby and AFL
combined with the mammoth craft beer industry win for Gage Roads in securing the liquor tender rights at Perth’s brand new Optus Stadium where most of their locally made products are available for fans on match day.

Colonial Brewing Co kicked off this run in April last year by becoming the official beer and cider partner of the AFL’s Essendon Football Club and was swiftly followed in July by Stomping Ground Brewing who linked up with the A-League’s Melbourne City team to offer half price beers in a family friendly pop up bar area outside their stadium. Six String Brewing Co then rounded out 2017 by partnering with football’s Central Coast Mariners to create a limited edition Dutch pale lager called ‘Coastie Lager’ in what was marketed as a clever ticketing imitative where fans could purchase a six game membership and a six pack for $120. Moreover the Mariners even gave away a complimentary can to every fan aged over 18 before one of their games in December. Free stadium beer? Who does that! Mariner’s Corporate Partnerships Manager Cameron Stone noted “We teamed up with the local brewery so that our Members could not only enjoy a beer brewed by two of their favourite players, but also give the gift of football for Christmas.”

Bring on 2018 and it’s been craft beer deal after craft beer deal with Yenda inking with the Wallabies and Super Rugby as the official beer partner while Newstead Brewing Co entered into an innovative agreement as the ‘official craft beer partner’ of the Queensland Reds Super Rugby Union team which will see Newstead’s brews served up to fans on game day at the Red’s Ballymore ground. Two Bird’s then teamed up with the Western Bulldogs AFL Women’s side to produce an Australian Lager called ‘Trailblazer’ that is being exclusively sold
at the teams Whitten Oval ground on match days. Two Birds co-owner Jayne Lewis said about the partnership that The Trail Blazer collaboration came about out of a desire from both the Western Bulldogs and ourselves to further connect with the local community. Creating something special for Whitten Oval during the second AFLW season required a really local, community driven approach, and this is the result. We get to drink a western suburbs beer at a western suburbs sports ground, cheering on a western suburbs
team! It’s important to note too that this is all after Wellington Phoenix led the way by joining forces with Garage Project for a collaboration featuring game day beers at Wellington’s Westpac Stadium in 2016.

The benefits within all of this means that fans are provided with an improved customer experience with better quality and variety of beer choices, clubs and venues are able to tap into new audiences while supporting the local
community and brewers are given a prime new opportunity to grow their brand awareness to a wider market.

With more and more venues rolling out craft beer options such as Optus Stadium with Gage Roads, Suncorp Stadium serving Little Creatures and The Adelaide Oval selling James Squire and more teams setting up ‘official craft beer of the team’ partnerships the future is bright for sports fans being able to
support their local team and local community.

With the global esports business pushing into the billions of revenue in the coming years, a fan base in the hundreds of millions and live events packing out global stadiums, the mammoth rise of the world’s fastest growing sport in competitive online gaming shows no sign of slowing down any time soon.

With more than 600 esports sponsorships secured since the start of 2016 combined with the investment that global sporting teams and leagues are pumping into this space by buying esports teams and leagues or setting up high performance esports training centers, there is no doubt that this is big business as both sponsors and sports stakeholders see the potential to reach new audiences and establish new revenue opportunities.

However, what if fans could also buy their stake in an esports team and be co-owners with other likeminded esports fans? Enter Melbourne-based esports club ORDER, which on Tuesday opened up expressions of interests for a crowdfunding equity campaign enabling fans the opportunity to buy a stake in the club and in the process making it the world’s first fan-owned esports club.

Read more here or maybe you won’t be able to due to the pay wall.