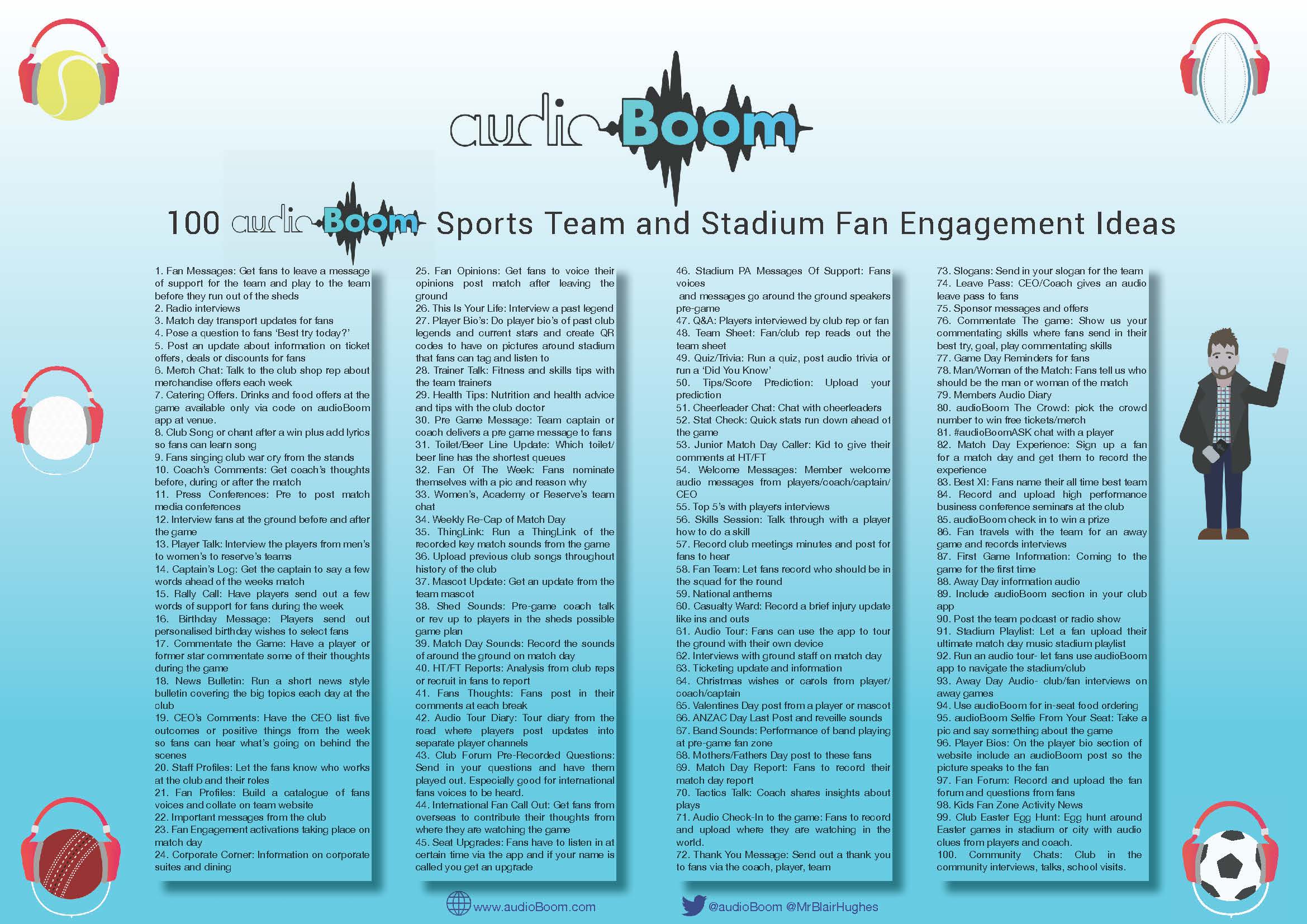 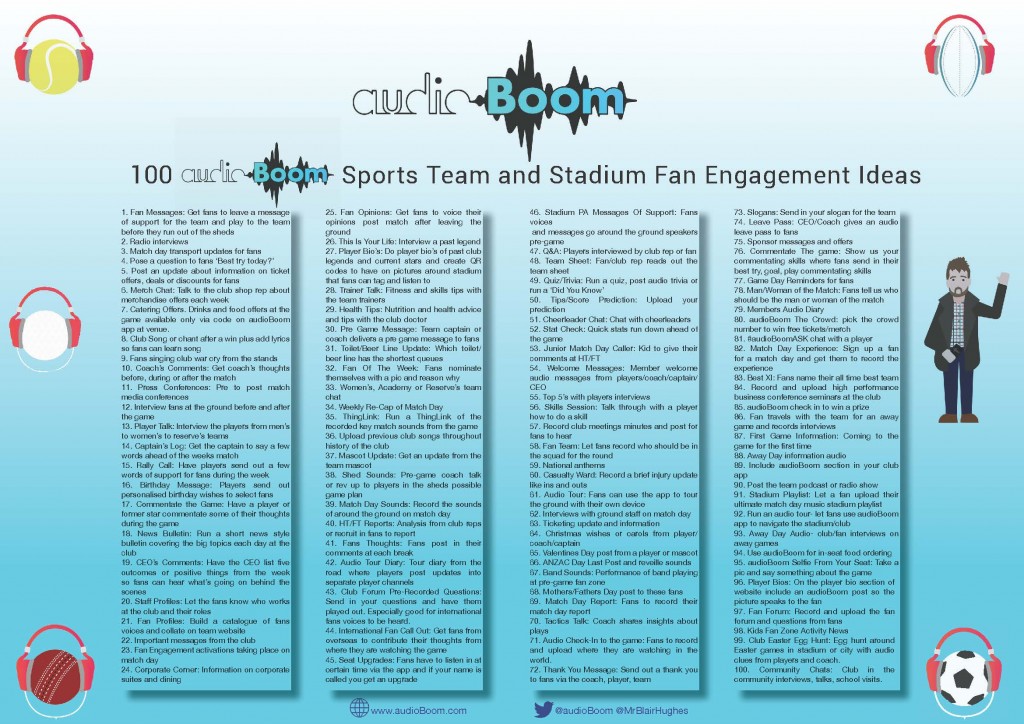 I’ve put together a list of 100 useful audioBoom fan engagement ideas for sporting clubs for both professional teams all the way down to grassroots clubs.

These audio fan engagement ideas with audioBoom are simple, practical and inexpensive especially given that our platform with audioBoom is 100% free for clubs. All you really need here is a little bit of creativity to bring these ideas to life and create a new digital content outlet for your fans.

If you would like to learn more please get in touch with me via blair@audioBoom.com and I will be happy to show you how you can use audioBoom to promote your team and engage your fans just like how teams in the AFL, A-League and NBL are doing.